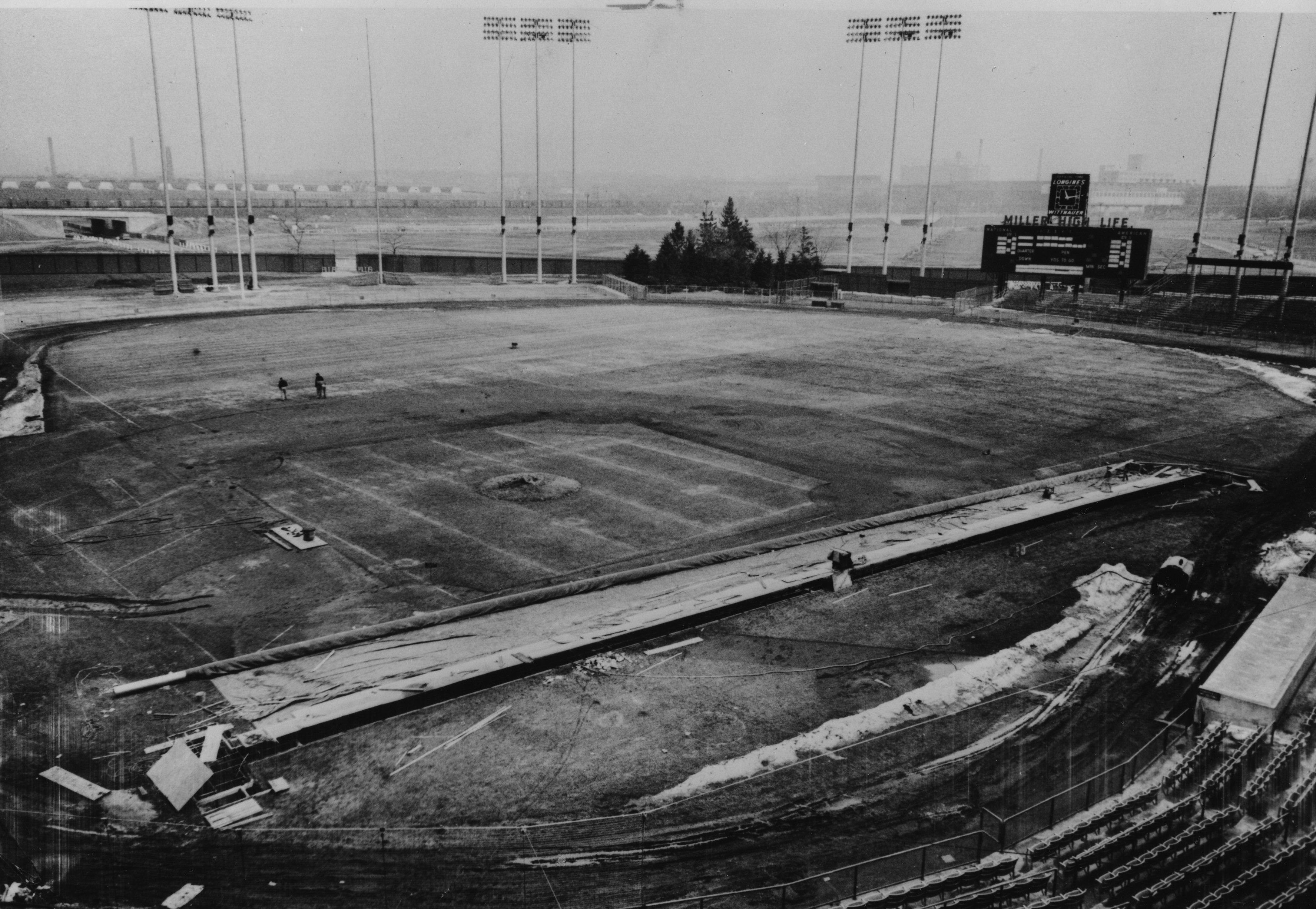 While the Green Bay Packers live on the Frozen Tundra, they owe a lot of their history to Milwaukee.

When you think of the Green Bay Packers, a lot comes to mind: the frozen tundra, Lambeau Field’s towering grandstands, the idyllic small-town persona that embodies Packers mythology. But what you might not know is that Green Bay’s history is as much tied to Milwaukee as it is to Curly Lambeau and Vince Lombardi.

Indeed, the Green Bay Packers have a lot to thank Milwaukee for: the die-hard fanaticism of Cheeseheads, an unrivaled economic impact on game days, and even for Lambeau Field.

Milwaukee – the other Titletown?

Green Bay may be called Titletown, but one of their trophies was earned about 125 miles south on I-43.

In 1939, the 9-2 Packers scratched and clawed their way to a Championship rematch with the New York Giants. In the early NFL, divisions would switch off hosting duties for the title game – and ’39 was Green Bay’s turn. It was the first time Green Bay would play host to a Championship bout.

The home turf for the Packers at that time was City Stadium. It featured wooden bleachers on both sides, and not much else. In 1939 the capacity was still relatively small, less than 25,000 could fill the bleachers.

Packers brass thought there was a chance at a bigger draw in Milwaukee. Milwaukee routinely played host to the Green and Gold, usually for larger games. The outcry in Green Bay was massive – but it was the right call for Green Bay’s coffers. Tickets sold quickly, with New Yorkers buying them up in hopes of a huge scalping score. Milwaukee’s Mayor orchestrated the quick construction of extra field level seats, and a special sale was allotted for Wisconsin fans.

The 32,279 people that turned out for the game set a record for the largest sporting event in Wisconsin, as well as a record playoff turnout for the league.

The Packers treated the capacity crowd to a 27-0 shutout of the Giants – the first in NFL Championship history.

Through the ‘30s and ‘40s, the Packers helped Green Bay become known as the ‘Biggest Little City’ in the United States. But it wasn’t the only city in the state gaining national prominence.

Milwaukee was an economic powerhouse, but at the time enjoyed no serious professional teams. City leaders had a plan to correct this course. Construction began on County Stadium in 1950, and hopes to attract a Major League Baseball franchise came true as the Braves came by way of Boston. The Braves would play their first game in Milwaukee in 1953. But that same year, trouble was brewing up north. The Packers were still hosting fans in the wooden seats of City Stadium. Though the complex was larger than it had ever been, it was still primitive compared to NFL standards. The team was playing multiple games in Milwaukee since the ’30s. The attendance in Milwaukee caught the eye of the NFL. So much so, in fact, they threatened to move the team permanently to Milwaukee if City Stadium wasn’t fixed.

The love of the home team in Green Bay, however, could not be topped. The city would soon pass bonds allowing for the construction of a new City Stadium – known today as Lambeau Field.

County Stadium, meanwhile, did not miss the boat entirely in the NFL. The Green Bay Packers would play select games in the home of the Braves and Brewers up until 1994.

Among the more memorable games at County Stadium is the stadium’s only playoff game – in 1967 against the Los Angeles Rams. The Green Bay Packers decided to play the divisional round in Milwaukee. The Packers would win big after a slow start in the bitter cold. That 28-7 victory would be the only one fans would see in Milwaukee. The next week, Green Bay hosted Dallas at Lambeau Field for a game that would become known as the Ice Bowl.

The Present and the Future

It’s been more than two decades since Milwaukee played host to the Green Bay Packers. In that time, the Frozen Tundra has become the premiere destination for football in the country. In Milwaukee, meanwhile, there simply was no effort to entice the Packers to come back. Miller Park was never designed to house a football field, and no stadium in the metro area could even come close to being up to NFL standards.

But the impact of Milwaukee’s Packers fans is still felt in Green Bay today. When the team regularly played in the city, fans purchased season ticket packages to see the Packers in County Stadium. When the team moved permanently home to Lambeau, those Milwaukee ticket holders weren’t left in the cold.

Instead, the Packers offered up what’s known today as the “Gold Package.” One preseason and two regular season games are offered up to the Milwaukee faithful. The Gold Package games create a gold mine not just for Green Bay’s hotels and hotspots – but for cities miles away.

There will never be professional football in Milwaukee again – but there doesn’t need to be. The city is forever tied to the Frozen Tundra, and the passion for the Green Bay Packers remains, even though the team did not.