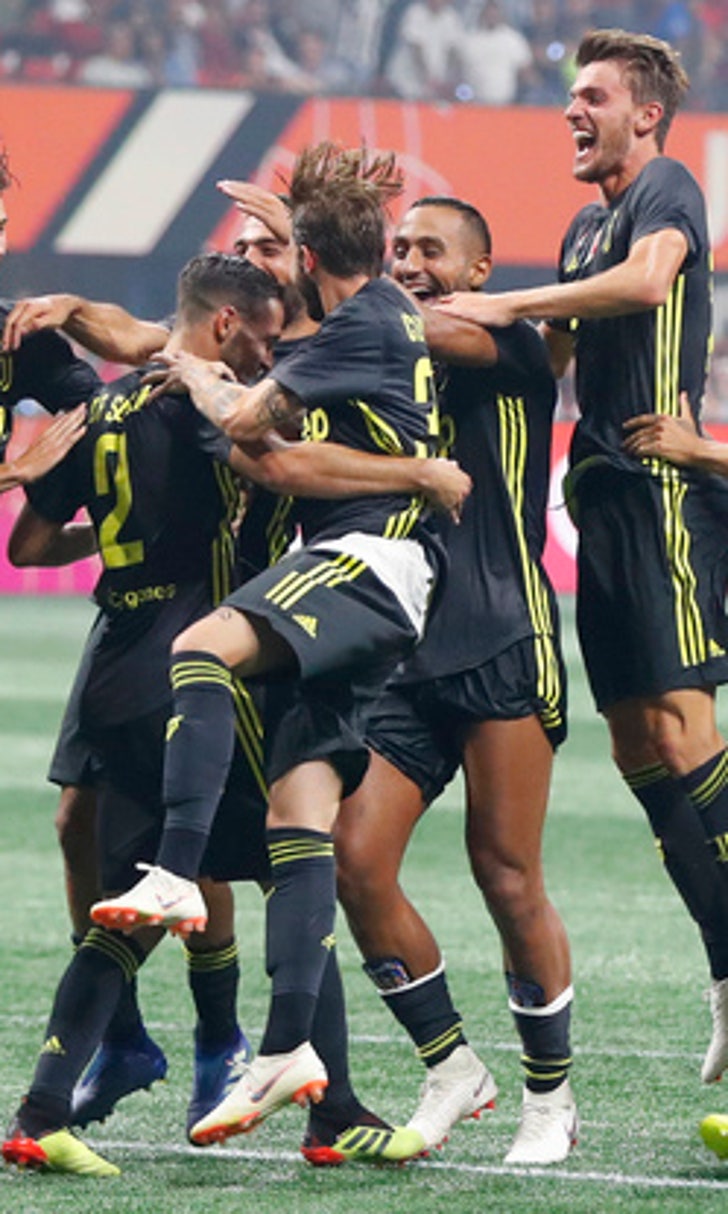 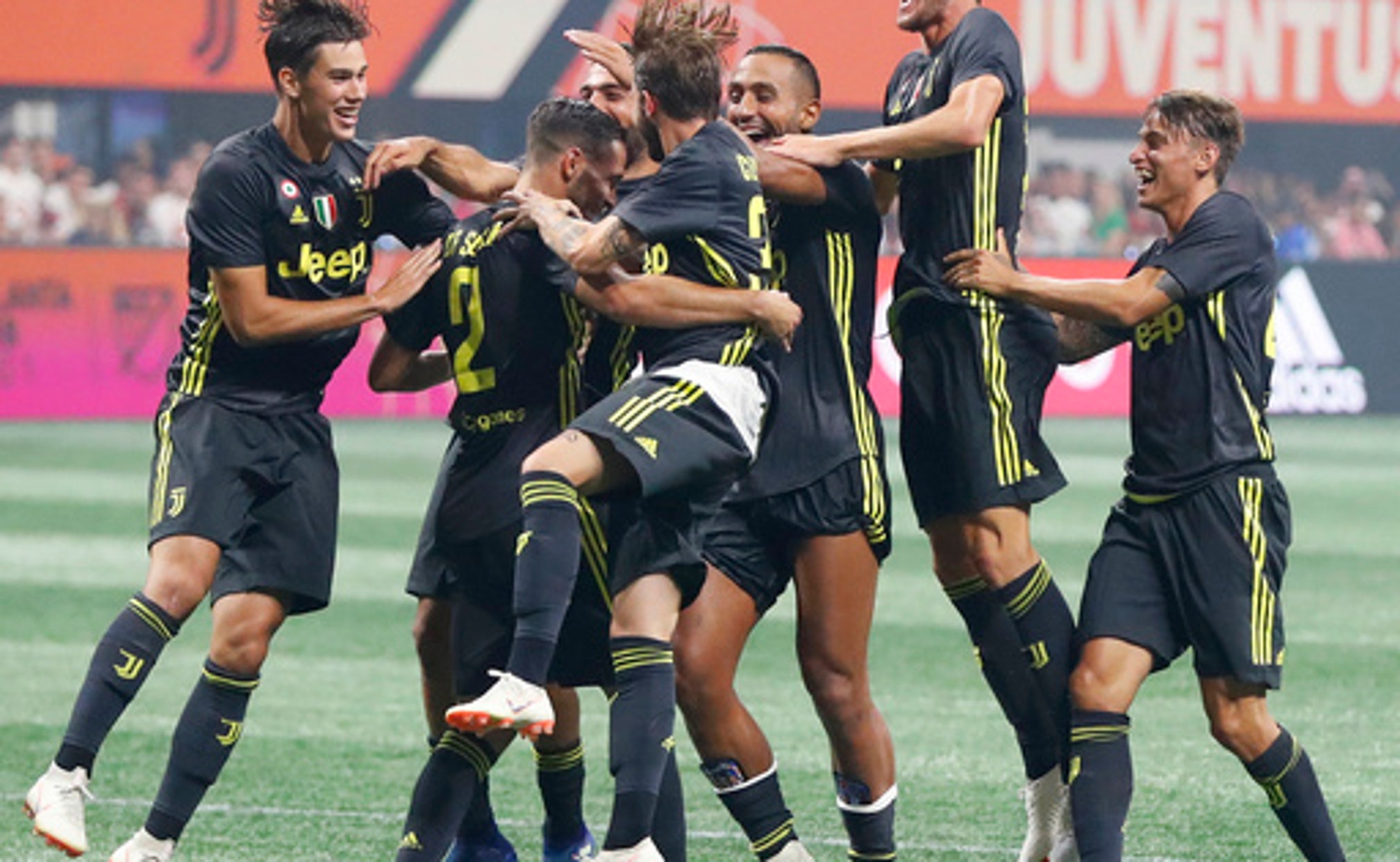 ATLANTA (AP) Josef Martinez posed defiantly alongside the goal while pyrotechnics went off in front of the giddy Atlanta fans.

It was a familiar stance for the MLS scoring machine.

In the end, the celebration belonged to Juventus.

The Italian powerhouse prevailed on penalty kicks in the MLS All-Star Game after the match ended in a 1-1 draw Wednesday night, a bit of a letdown for the massive crowd of 72,317.

At least the A-T-L got to see its hometown favorite do what he does best.

On pace for a record-shattering season, Martinez fittingly scored the lone goal for the MLS stars.

Juventus scored on all five of its penalties, winning when Mattia De Sciglio drilled one into the upper left corner past Columbus goalkeeper Zack Steffen. The MLS scored on its first three penalties, but Bradley Wright-Phillips of New York Red Bulls left the door open in the fourth round when he yanked his attempt off the left post.

It was the second straight year that the All-Star Game ended in a 1-1 draw and was decided by penalties. In 2017, Real Madrid prevailed over the MLS squad 4-2 at Chicago's Soldier Field.

''It was really a wonderful game,'' Juventus manager Massimiliano Allegri said. ''It was good preparation.''

Indeed, this was nothing more than a warmup for the Italian powerhouse, which begins its pursuit of an eighth straight Serie A title in less than three weeks.

In the midst of a four-game American tour, Juventus brought along a number of younger players who have yet to claim a spot with the senior team - including 17-year-old Nicolo Fagioli, who scored on the first penalty kick.

Notably left behind was Juventus' prized acquisition of the offseason - five-time FIFA Player of the Year Cristiano Ronaldo. The 33-year-old remained in Europe to rest and train after Portugal's elimination from the World Cup and his pricey transfer from Real Madrid.

The MLS team faced its own challenges. There were only a couple of days to blend together an all-star squad from the 23-team league - a group that didn't include LA Galaxy forward Zlatan Ibrahimovic. The 36-year-old Swede, who played with Juventus from 2004-06 and ranks second in MLS with 15 goals. skipped the exhibition match, saying he needed the rest after playing three league matches in a nine-day span that included his first MLS hat trick.

''Taking into account that we only had two days together, I think everyone did an excellent job,'' said Atlanta United coach Tata Martino, who guided the MLS team.

This game was a showcase for Atlanta United and $1.5 billion Mercedes-Benz Stadium , where record crowds have flocked since the club joined MLS in 2017. The team is averaging nearly 52,000 per game this season and already has drawn five largest single-game league crowds in MLS history - each more than 70,000.

Add another attendance mark to the ever-growing list. It was the largest standalone turnout in the history of the MLS All-Star Game, surpassing the 2010 match in Houston that featured Manchester United and drew 70,728.

Juventus jumped ahead in the 21st minute. Giving the Italians far too much room to develop the play, the MLS back line allowed Matheus Pereira to go unchallenged as he curled a left-footed pass in front of the goal. Andrea Favilli flicked it past Atlanta keeper Brad Guzan with a nifty header.

The lead didn't last long. Five minutes later, Martinez sent the Atlanta fans into a frenzy with a goal of pure persistence.

Minnesota's Francisco Calvo got off a blistering shot in front of the net, which was brilliantly swatted away by keeper Wojciech Szczesny with a leaping save. The rebound ricocheted to the side of the net, where Montreal's Ignacio Piatti attempted to head it in from a tough angle. The ball bounced along the line, all the way to the other side of the net, where Martinez got a head on it - just enough to slide it into the net while Juventus defender Alex Sandro flailed at it helplessly with his feet while sprawled on his back.

With 24 goals in just 23 league games, Martinez is on pace to easily eclipse the MLS scoring record of 27 goals and has essentially been conceded the Golden Boot with a third of the season remaining.

''I don't ever think about it. That just adds pressure,'' Martinez said of his chance to become the league's most prolific scorer. ''I leave that in God's hands.

It was a thrill to score against Juventus, even though it was just an exhibition.

Before coming to Atlanta, the Venezuelan played in Serie A with Torino, Juventus' city rival.

''I scored against them with Torino,'' Martinez said with a smile, ''but I was offside.''