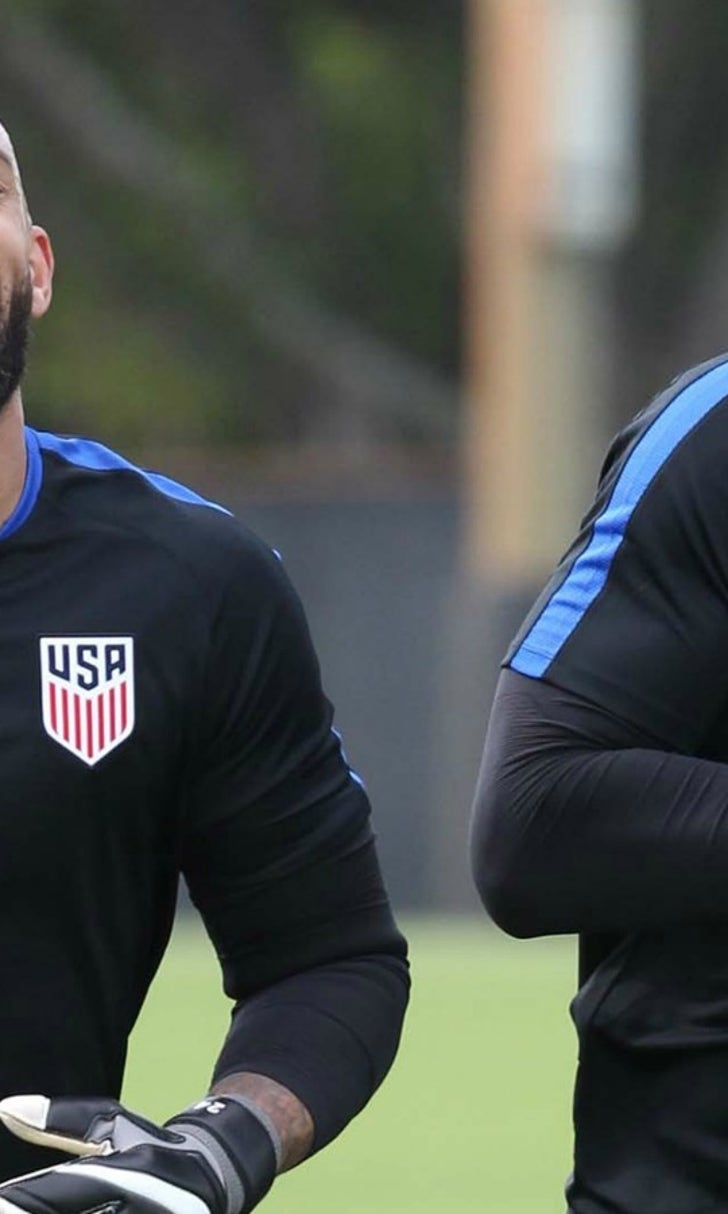 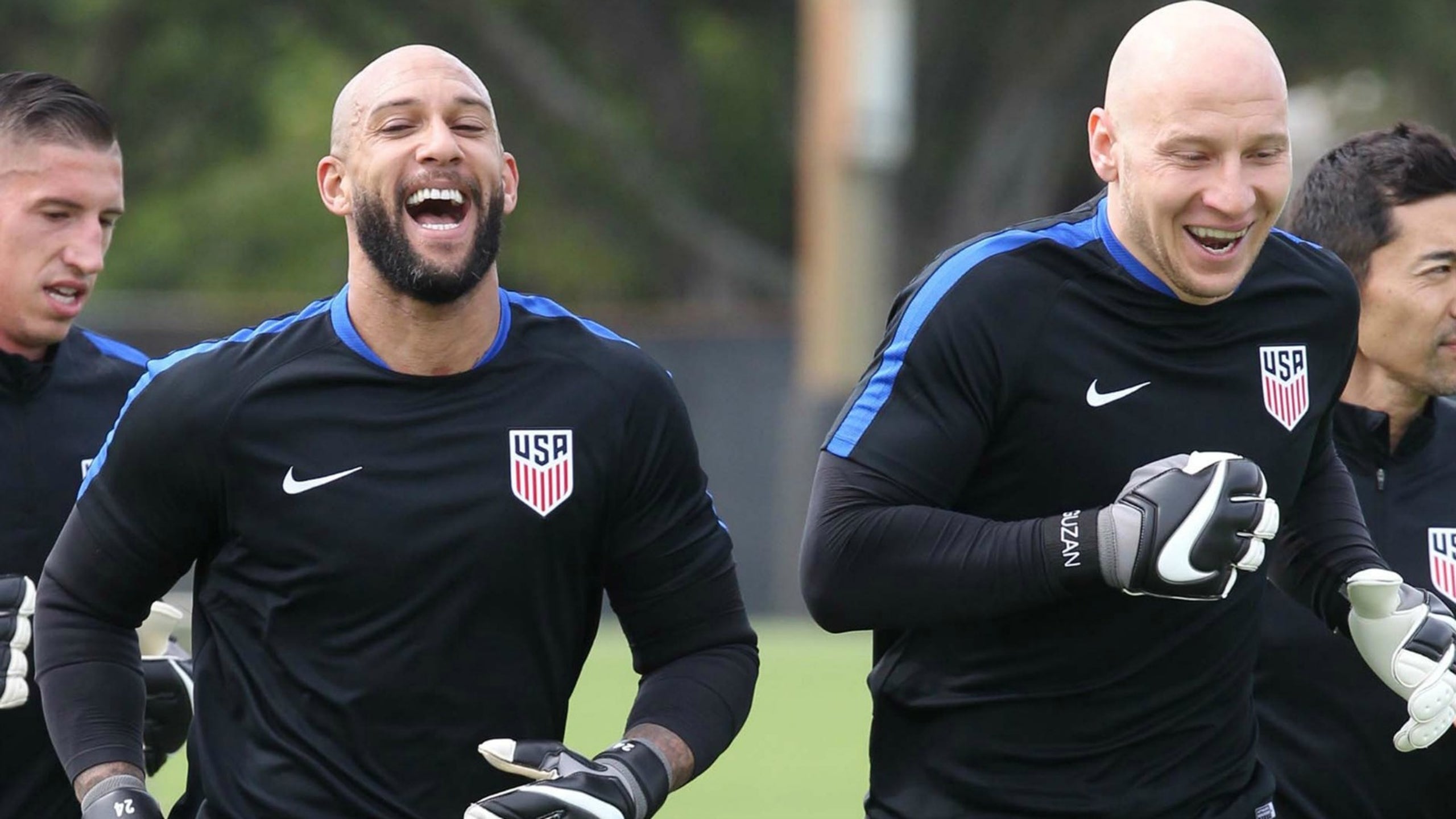 How bad is the USMNT's goalkeeper situation? 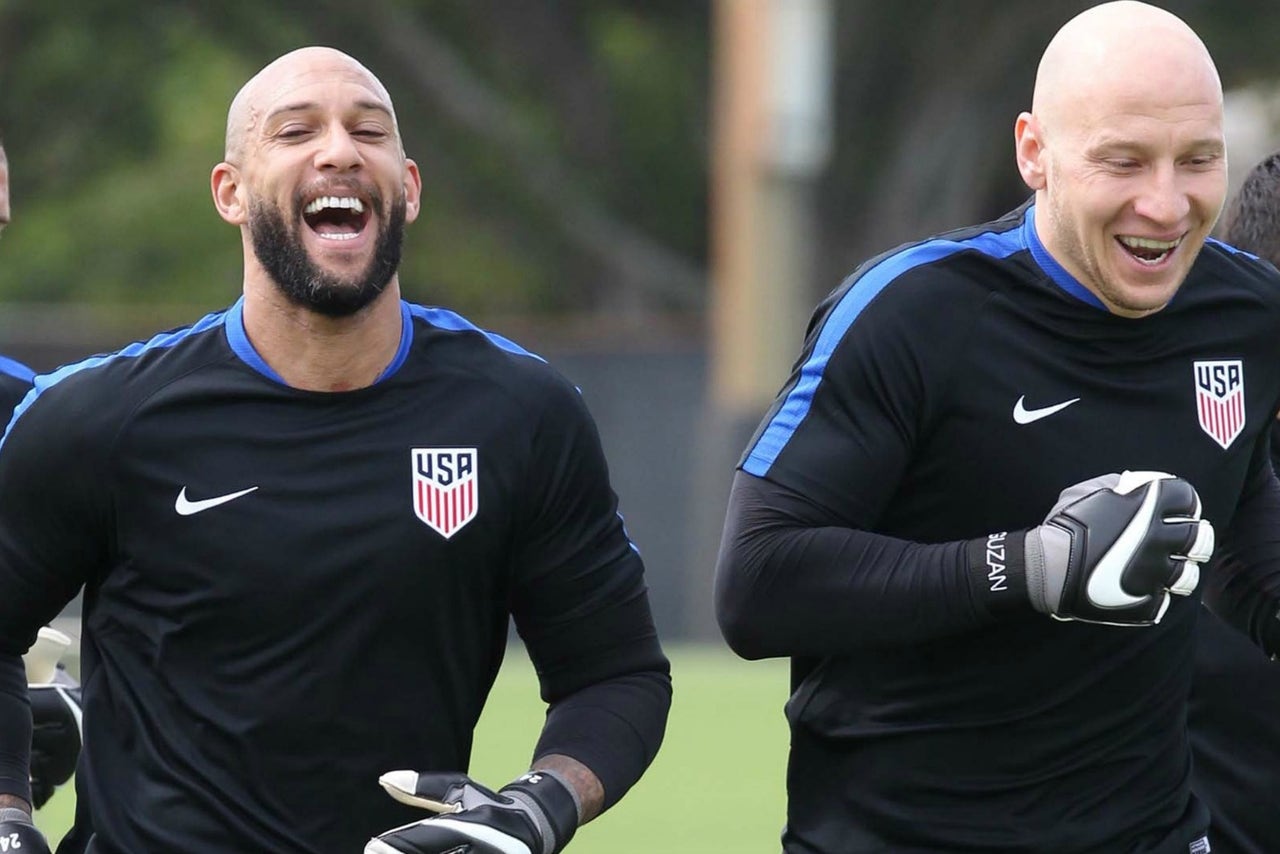 There was a time when the United States had too many goalkeepers. If that was actually a thing, the U.S. definitely suffered from it. They went into the 2002 World Cup unsure whether Brad Friedel or Kasey Keller should start because both were so good. Friedel won the job and was stupendous, then Keller took the job in 2006 with Tim Howard as the understudy, and Howard has kept the job ever since. Brad Guzan looked like his heir apparent.

Everything was looking great for the U.S. They may have struggled to produce world class field players, or even dependable ones at times, but they were set in goal.

Until now. Now the U.S. has a goalkeeping problem. A big one.

Howard is no longer the goalkeeper he once was. You can tell by the way he gets beat near post more often now than he used to - and that's a no-no for goalkeepers - or the issues he has coming off of his line. But if watching and judging for yourself doesn't do it, just look at Everton for proof he's fallen off. The Toffees benched Howard, making Joel Robles the starter even though Robles isn't particularly good. If Howard isn't better than Robles, and there's a strong argument to be made that that's not just Everton manager Roberto Martinez's opinion, then he's a long way off from his best. 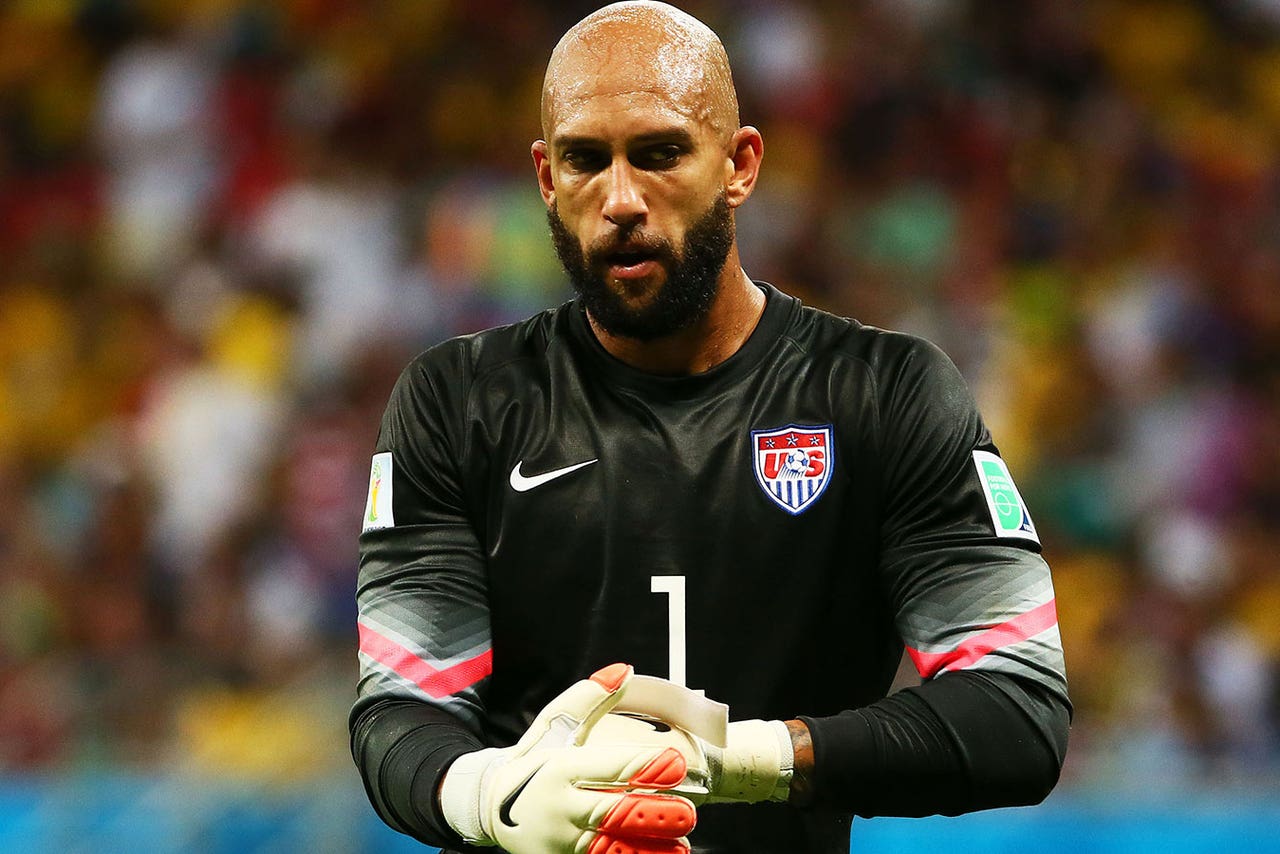 Tim Howard isn't anywhere near the goalkeeper who became a hero at the 2014 World Cup.

A few years ago, Howard fading wouldn't be much of a problem. After all, he's 37 years old. This is just him losing to Father Time, and Father Time is undefeated. Guzan would take over for him without an issue and the Americans would be set. Only Guzan has struggled too.

Once a rising star in the Premier League, having moved to Aston Villa, earned their starting job and shined, Guzan should be in the midst of his prime. At 31 years old, there's not a better age for a goalkeeper. But instead of improving with age, Guzan has gotten significantly worse. He was benched at the end of last season and while he regained his starting spot to begin this season, he was benched again. He has since become the team's starter again, but his constant demotions aren't unwarranted.

No longer is Guzan an excellent goalkeeper. He's not even an average Premier League goalkeeper right now. Playing for Aston Villa isn't easy, especially with the defense making Guzan all too busy, but Guzan hasn't played much better than the rest of the players on the relegation-bound team. In an ideal world, he wouldn't even be in the mix to start for the U.S., but he is.

Despite Howard and Guzan's struggles, they are the team's two options to start.

It's come to this: the U.S. starting goalkeepers are someone who hasn't played a match since January 24 and someone who has been benched twice in the last year, including for all of February.

To think that the U.S. has fallen that far is incredible. The one position they could always depend on is now a choice between out-of-favor and out-of-form. 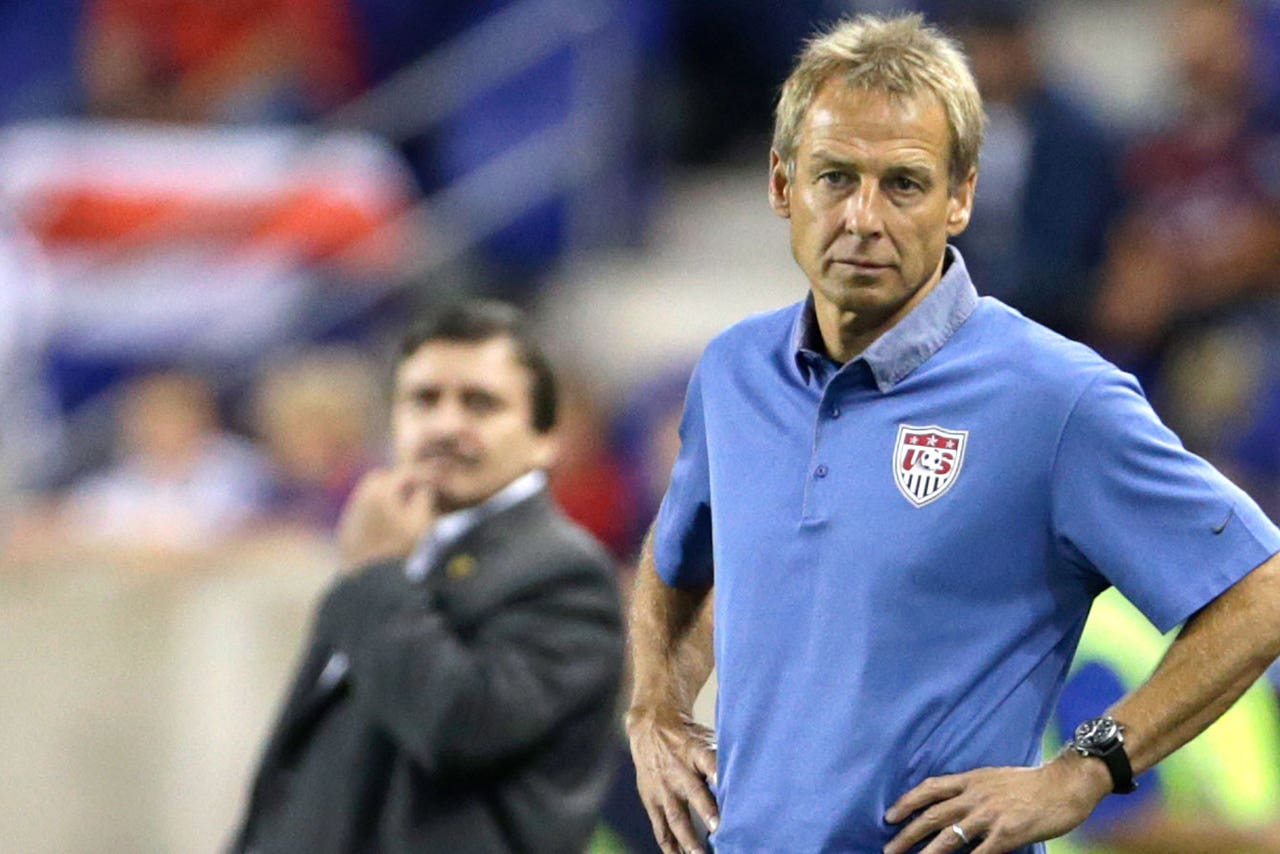 Jurgen Klinsmann doesn't have a good choice in goal.

This isn't new for either Howard or Guzan. This has been coming for the last two years, as both have struggled. And those are the two goalkeepers that Jurgen Klinsmann has chosen since last fall, through the start of World Cup qualifying, the CONCACAF Cup and now again, heading into a pair of crucial qualifiers against Guatemala.

Klinsmann insists publicly that he has no worries about Howard or Guzan. Both have enough experience that a dip in form or some time on the bench shouldn't faze them, and they may deal with their issues better because of their experience, but nobody can possibly believe that the U.S. is going to get the best from either.

Unfortunately, Klinsmann doesn't have many other options. Nick Rimando is the team's third string goalkeeper, but he's never been the Americans' No. 1 before and he's set to turn 37 years old this summer. He could do an adequate job, but he wouldn't be the stalwart that the U.S. is used to having at the back.

Bill Hamid should be the man ready to take over, being a supremely talented 25-year-old who has been the best goalkeeper in MLS for two years running, but Klinsmann hasn't shown him much favor. Maybe it's Klinsmann hesitancy to throw a man who has only played in MLS into the international fire, or perhaps it's something else, but the U.S. goalkeeper in the best form hasn't made much progress up Klinsmann's depth chart. And for this set of qualifiers, it wouldn't even matter because he is sidelined with an injury. 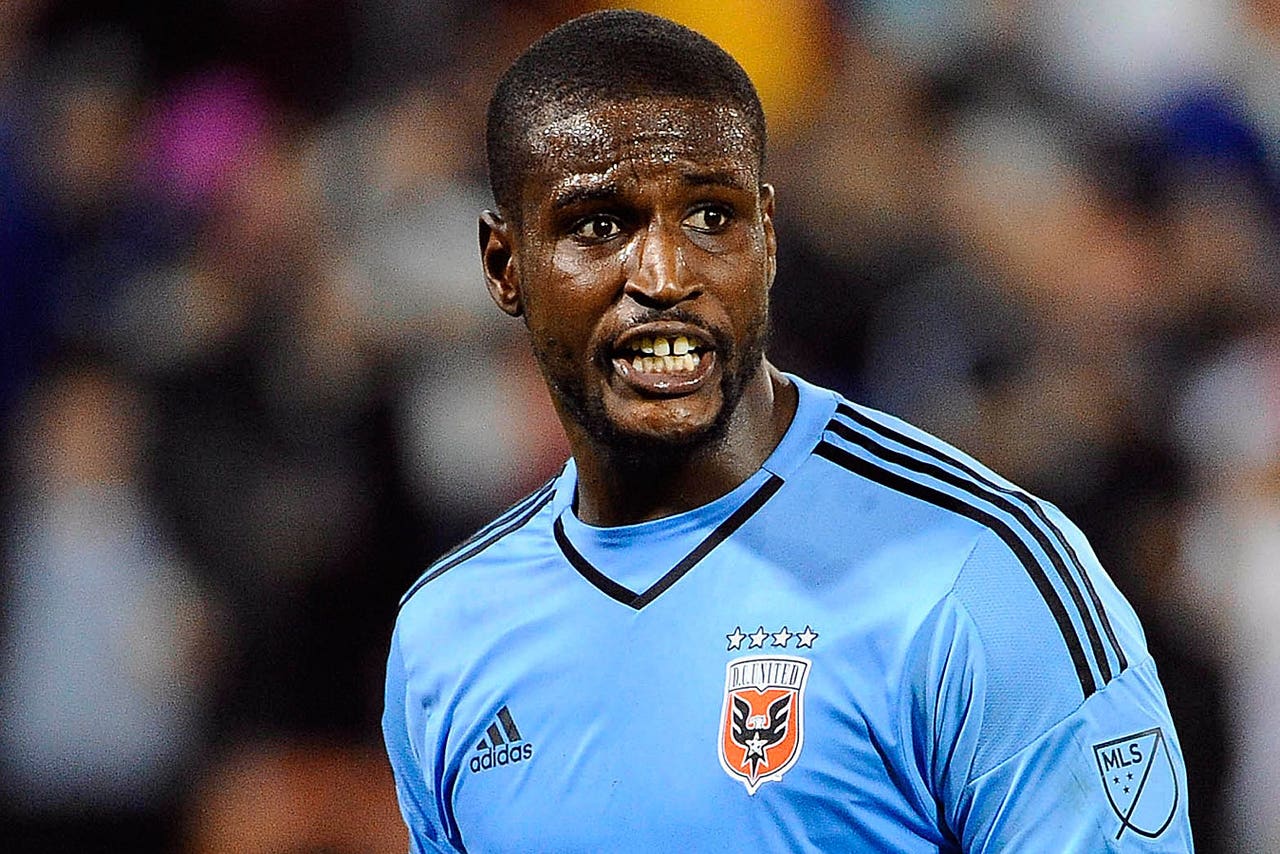 Jurgen Klinsmann never hopped on the Bill Hamid train, and now the goalkeeper is out with a knee injury anyway.

So who should Klinsmann turn to? The impressive crop of youngsters like Ethan Horvath, Zack Steffen and maybe even Jesse Gonzalez aren't nearly ready.

Klinsmann has to pick from Howard and Guzan, almost by default. And that's scary.

The plan, for now, is to rotate the two, and Klinsmann has done that since the fall. One will start in Guatemala and the other will start the return leg. Considering there is little separating the two right now, that's fine, but fine isn't the way the U.S. normally does goalkeepers.

Come Copa America Centenario, there's no telling who the U.S. goalkeeper will be. It probably won't be great. And come the rest of World Cup qualifying? Who knows. The 2018 World Cup? That's a toss up too.

Not great. That's where the U.S. currently stands at goalkeepers, and that's being charitable. And for the U.S., not great is pretty bad. Welcome to a brand new world, and start praying for Hamid, Steffen, Horvath or someone else to pull the Americans back into the old one.