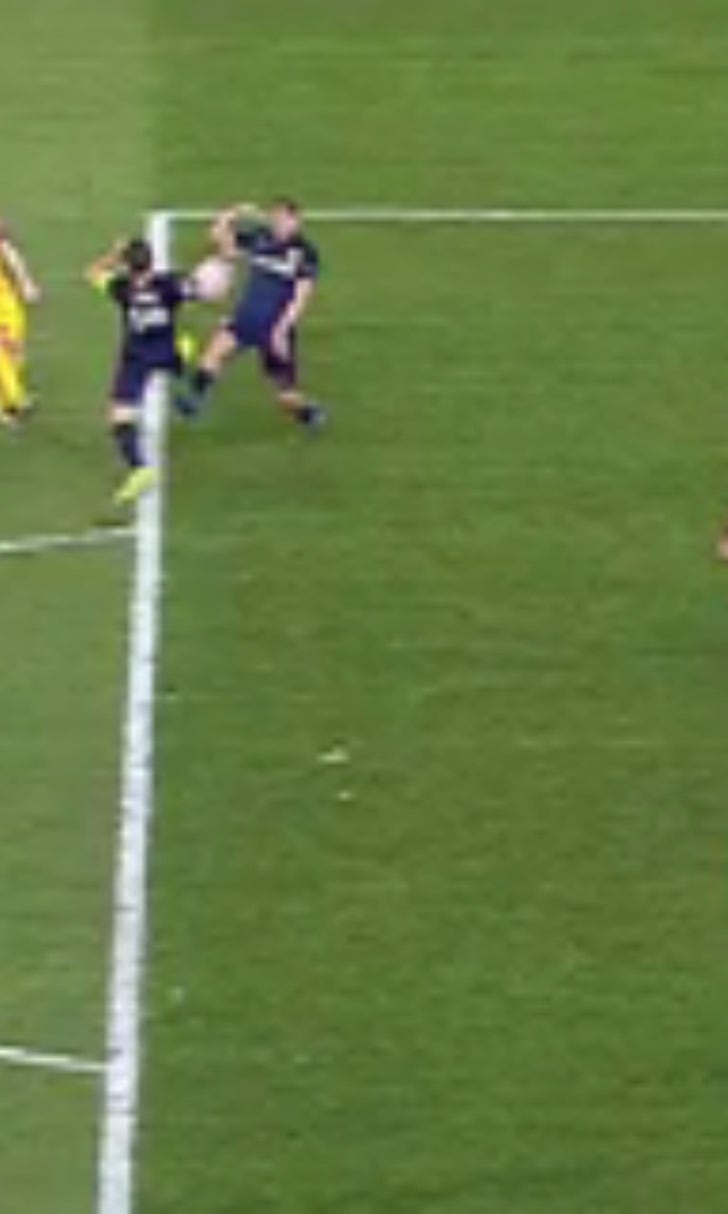 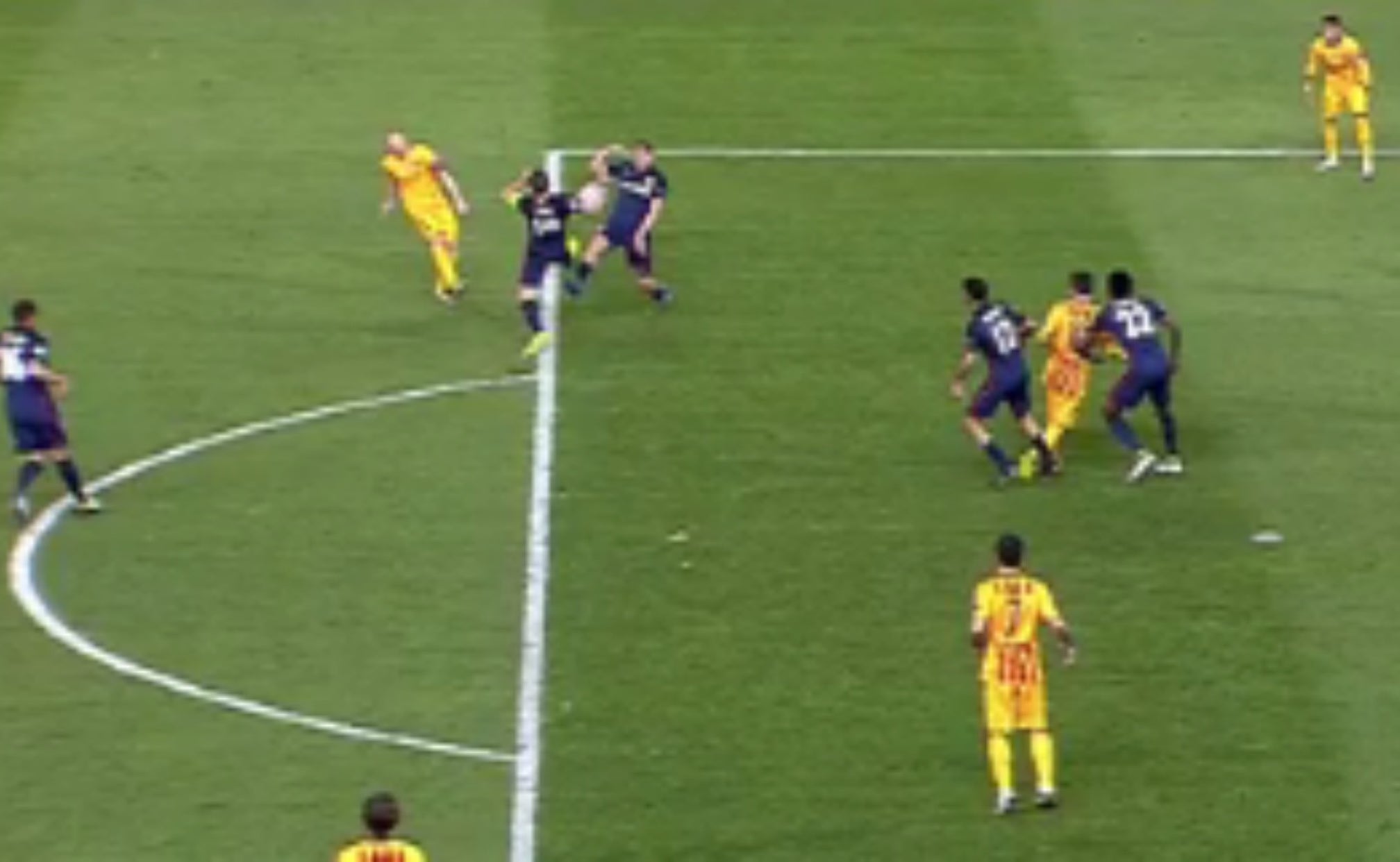 Did the referee rob Barcelona of a chance to make the Champions League semifinals?

Barcelona were trailing Atletico Madrid 2-0 in the second leg of their Champions League quarterfinal tie. It was 3-2 on aggregate and the Catalans needed a goal to bring everything even and force extra time.

That's when Andres Iniesta hit a cross that hit Gabi's arm and the referee whistled for it, but he said it was outside the box and replays showed ...

It sure looks like that is in the box and Barcelona should have had a penalty. 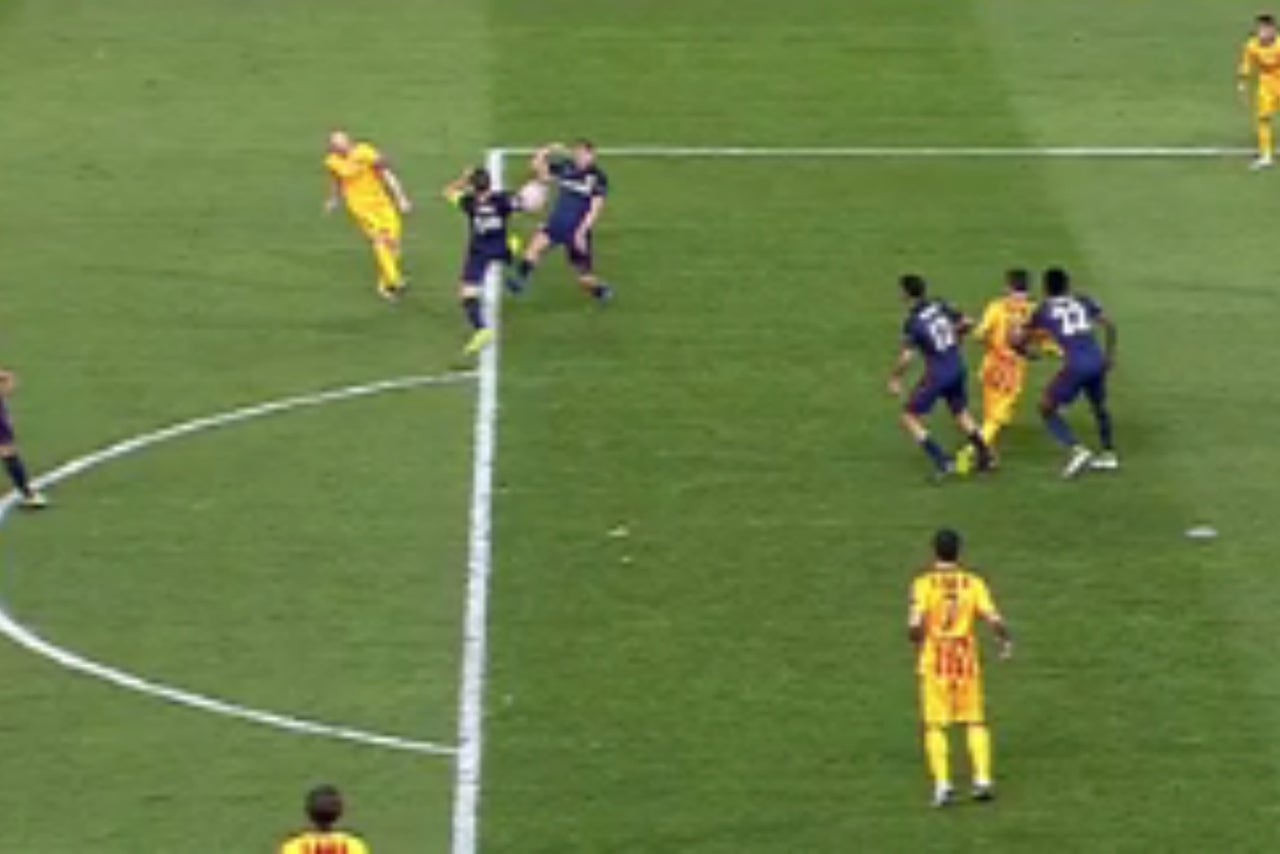 It should have been a penalty that Lionel Messi probably would have made and the tie would have most likely have gone to extra time.

Barcelona would have had a chance at chasing the first ever back-to-back Champions League titles, but instead they are going out. Because the ref got this call wrong.

It's getting really hard to keep track of who the refs favor, who they hate and who they very obviously want to see win.