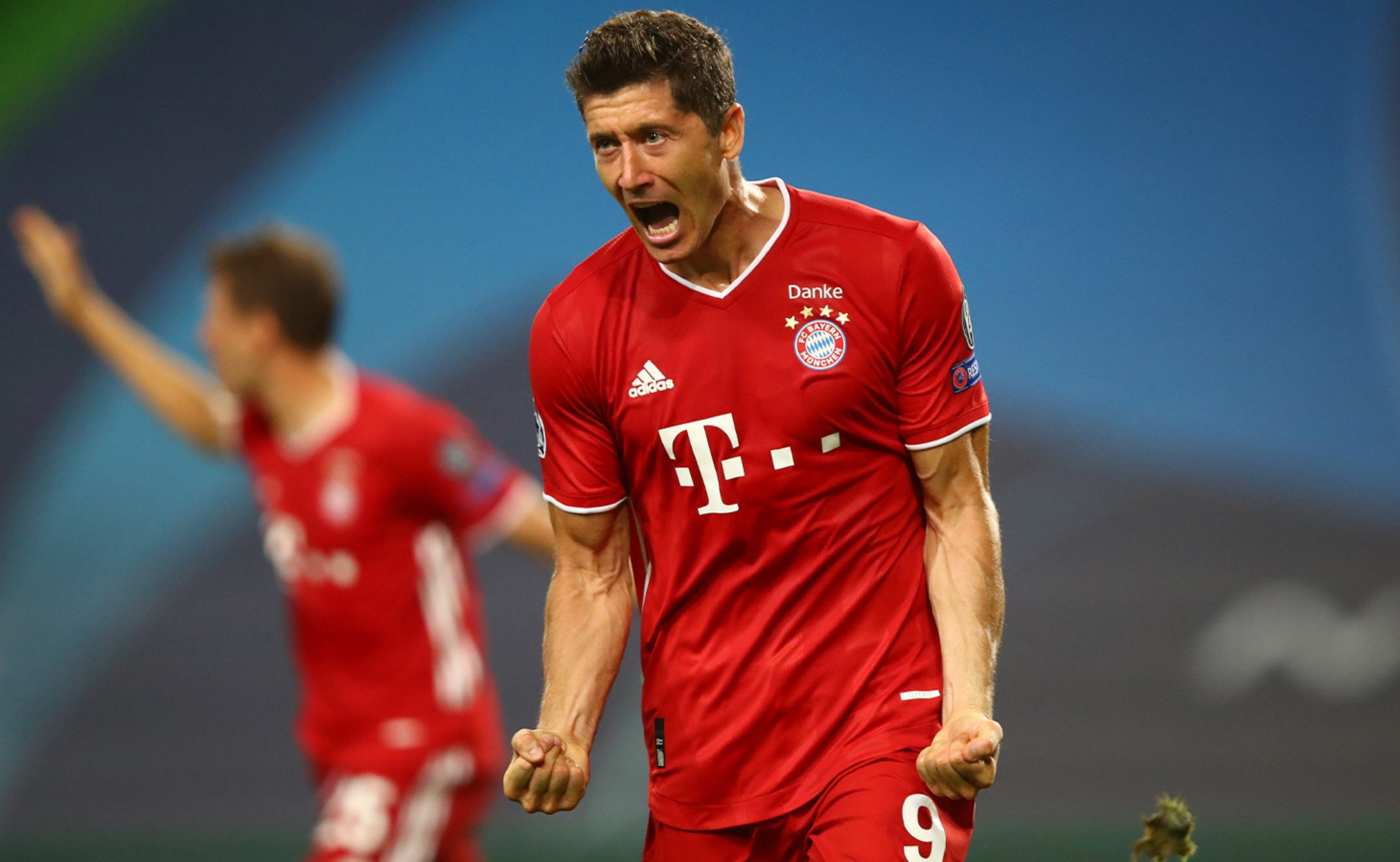 Bayern Munich has booked a spot in the UEFA Champions League final after easing past Lyon 3-0 on Wednesday.

The German club will make its 13th appearance in the final of Europe's most prestigious soccer competition, and its first appearance since 2013.

But Bayern weathered the early pressure and found paydirt through winger Serge Gnabry, who finished the match with 2 goals and the Man of the Match award.

Gnabry's world-class goal, a mazy run through the heart of Lyon's defense punctuated by a scintillating left-footed effort, gave Bayern a lead they would refuse to relinquish.

Gnabry bagged a second before the first half ended, and star forward Robert Lewandowski headed one home late in the second half to put the game on ice.

The goal marked Lewandowski's 15th of the Champions League campaign, making him just the second man to score 15 or more in a single season. Cristiano Ronaldo has done so three times, including his record of 17 goals in 2013-14.

Despite the final score, It wasn't all good news for Bayern Munich, as their defensive frailities were called into question during the course of the game.

And with a date against Paris St. Germain looming in the final, CBS Sports analyst Micah Richards cautioned against Bayern's strategy.

Bayern will have a few days to gameplan for PSG, which toppled RB Leipzig in Tuesday's other semifinal.

FOX Bet lists Bayern Munich at -200 to win the final, scheduled for Sunday at 3 p.m. ET. Meanwhile, Paris St. Germain are the slight underdogs at +150.

Khabib Submits Gaethje, Retires from UFC
Lightweight legend Khabib Nurmagomedov called it a career after a dominant win over Justin Gaethje at UFC 254.
2 hours ago

Buckeyes Dominate in Debut
Justin Fields and Ohio State found their footing in the second half en route to a demolition of Nebraska on Saturday.
3 hours ago

College Football's Top Plays: Week 8
Check out the best plays from Week 8 of the college football season as they happen!
7 hours ago

Real Madrid Stifles Barcelona
In the first 'El Clasico' of the season, Real Madrid knocked off Lionel Messi and Barcelona, 3-1.
7 hours ago
those were the latest stories
Want to see more?
View All Stories
Fox Sports™ and © 2020 Fox Media LLC and Fox Sports Interactive Media, LLC. All rights reserved. Use of this website (including any and all parts and components) constitutes your acceptance of these Terms of Use and Updated Privacy Policy. Advertising Choices. Do Not Sell my Personal Info