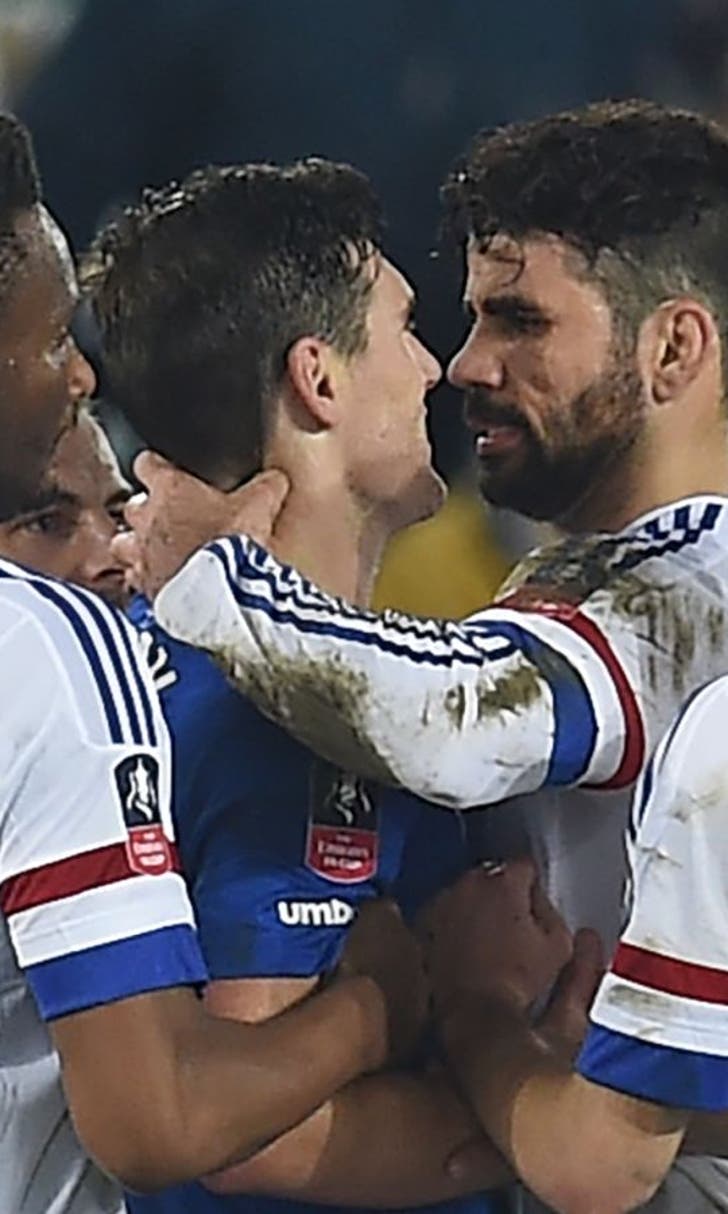 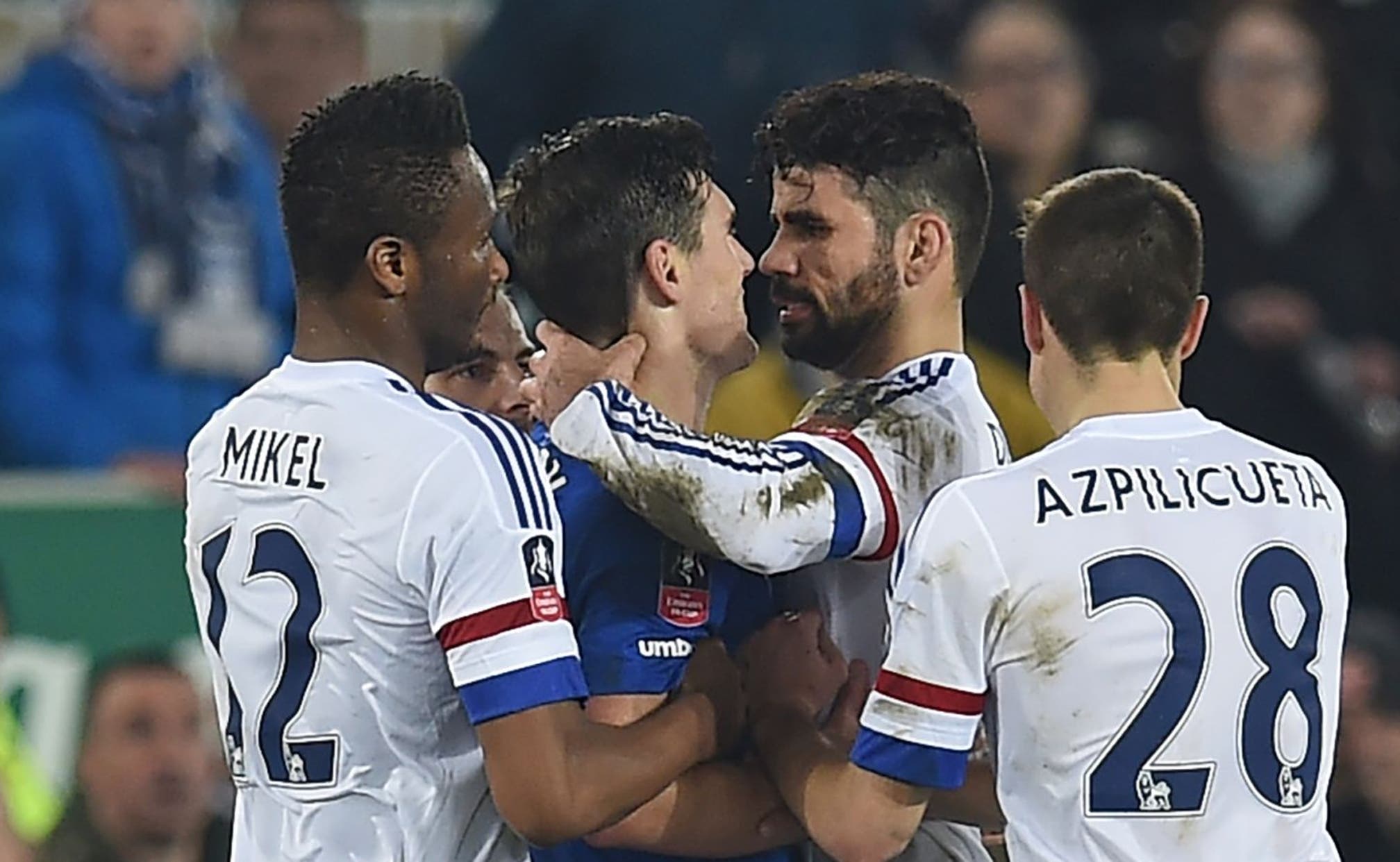 Barry says Chelsea striker Costa did not bite him 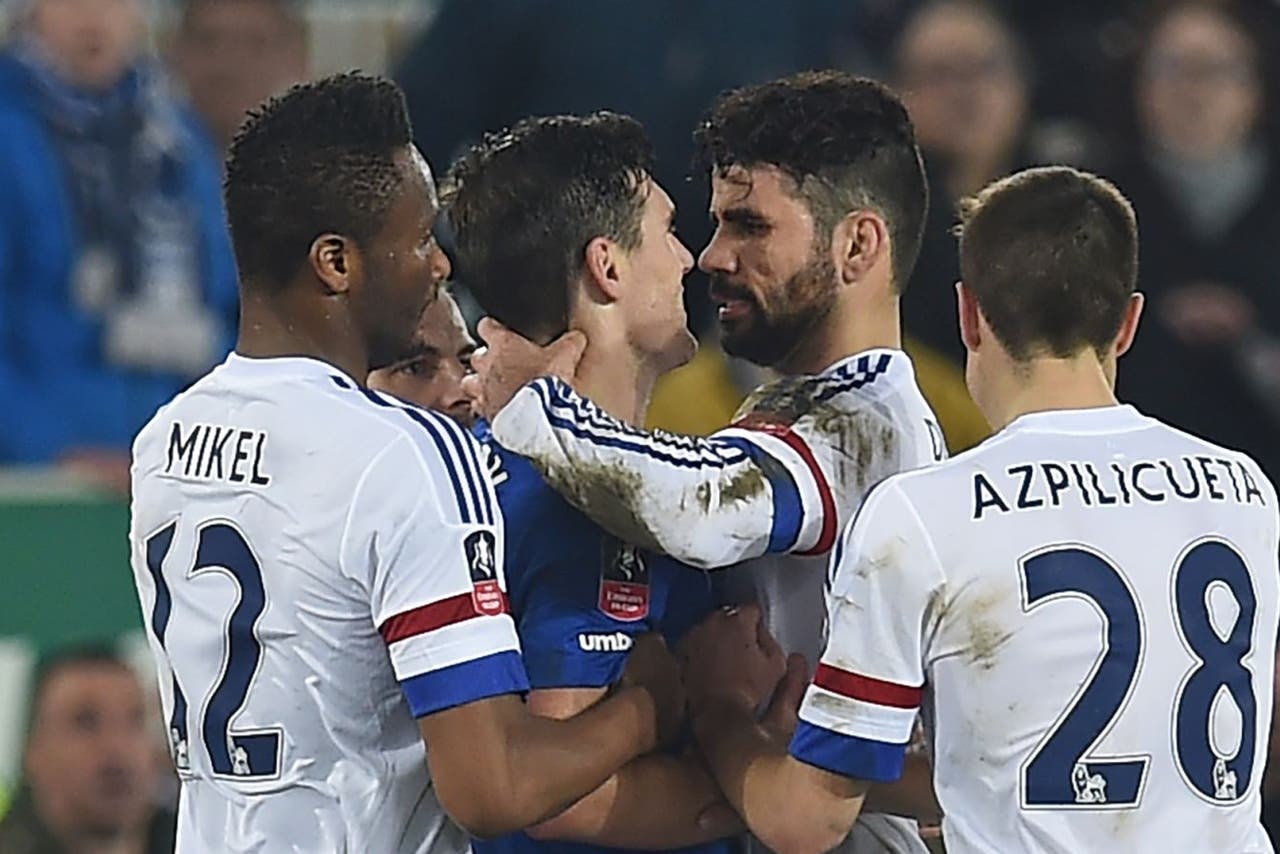 The pair clashed in the 84th minute when Costa retaliated following a challenge from Barry, and the Spanish forward pushed his head towards the Everton man.

At one point it looked like he was going to bite the England international on the neck but television replays suggested he did not actually do so.

Costa was shown a second yellow card for his reaction and Chelsea released a statement on Saturday night saying he regretted the incident but adamantly denied biting Barry.

And the experienced Everton man, who received a second booking himself moments later, has now corroborated Costa's account.

He wrote on the Fanzai app: "Seen a lot of talk about the incident involving me and Diego Costa in the game last night.

"For the record, Diego did not bite me."

he incident overshadowed Everton's 2-0 victory in the tie and sparked comparisons between Costa and Barcelona's Luis Suarez, who has been found guilty of biting opponents on three occasions during his career.

However, Barry's statement apparently erases the possibility of Costa facing a biting charge, although the Chelsea man's angry reaction to his dismissal may yet lead to an FA investigation.

The FA are awaiting referee Michael Oliver's report before making any judgement.

Everton boss Roberto Martinez said after the game that Barry had not mentioned any biting incident.

"Gareth Barry has said it is nothing to worry about," said Martinez. "He is just disappointed he got a second yellow card.

"My interpretation is, I don't think it was a key moment. It was an emotional game and rightly so."