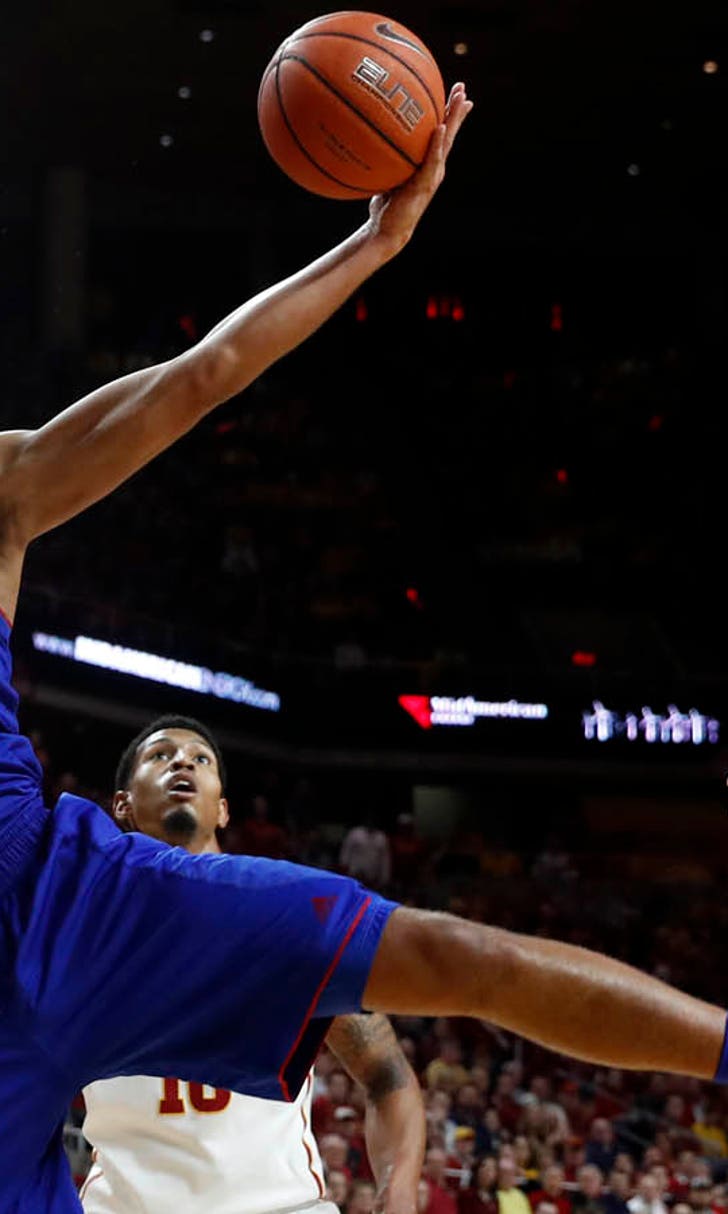 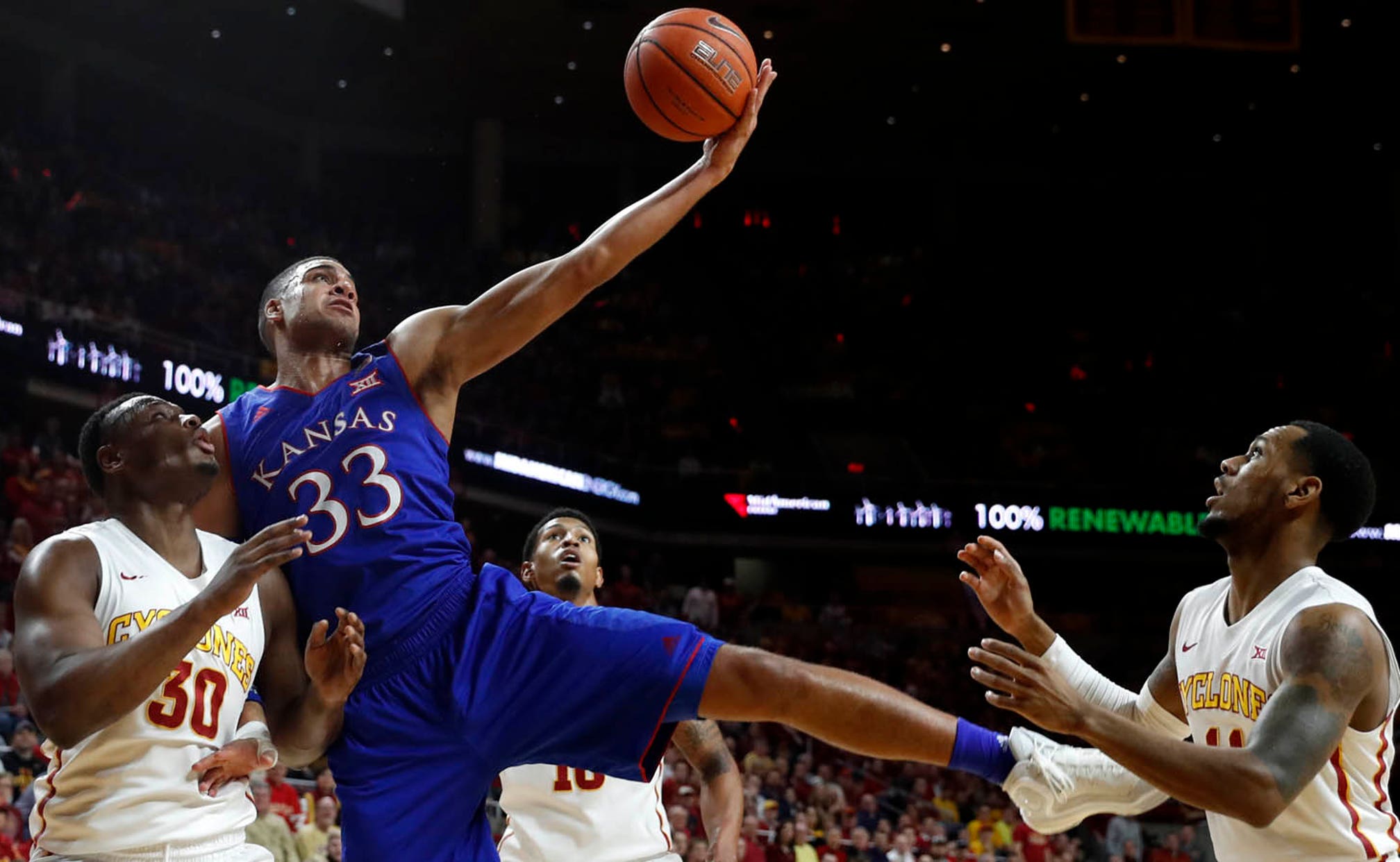 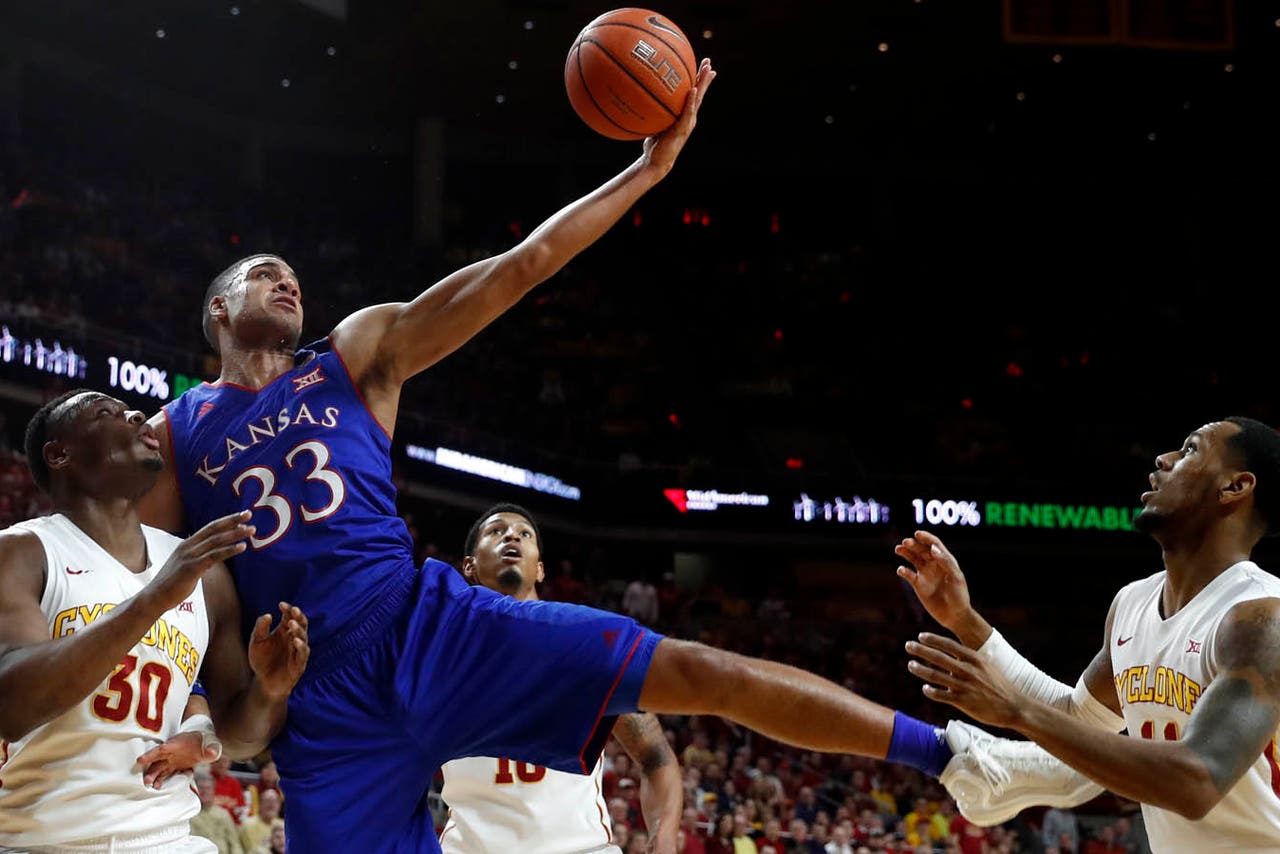 Though it was never comfortable for Kansas, the Jayhawks led the entire second half. Iowa State star Monte Morris drilled a long three-pointer and two free throws to make it 75-72 with 14.6 seconds left. But then Devonte Graham's free throw made it a two-possession game and Morris missed a three that would've made for an interesting finish.

Morris scored 23 points with seven rebounds and seven assists for the Cyclones (11-6, 3-3), who saw their recent string of success against the Jayhawks come to an end.

Iowa State had won four of its last six against the 12-time defending league champions.

Deonte Burton had 21 points on 21 shots for the Cyclones, losers of two straight for the first time in six weeks.

Kansas: This was a win Kansas can be proud of. Hilton Coliseum is one of the most intimidating atmospheres in America -- especially when the Jayhawks come to town -- and more than 14,000 fans braved an ice storm to scream at them. Victories like this are the reason Kansas keeps winning the Big 12, and a win in Ames could be the difference yet again come March.

Iowa State: The Cyclones let a huge opportunity slip by. Iowa State is very talented and remains a threat in the postseason because of its strong backcourt. But the Cyclones have lost tight games to Gonzaga, Baylor and Kansas, and their program has long since passed the day when moral victories mattered.

In a slight surprise, voters picked Villanova over Kansas for the top spot on Monday. It'll be hard for the Jayhawks to pass the Wildcats after Villanova routed Seton Hall by 30 points on Monday. The defending national champions host Providence on Saturday.