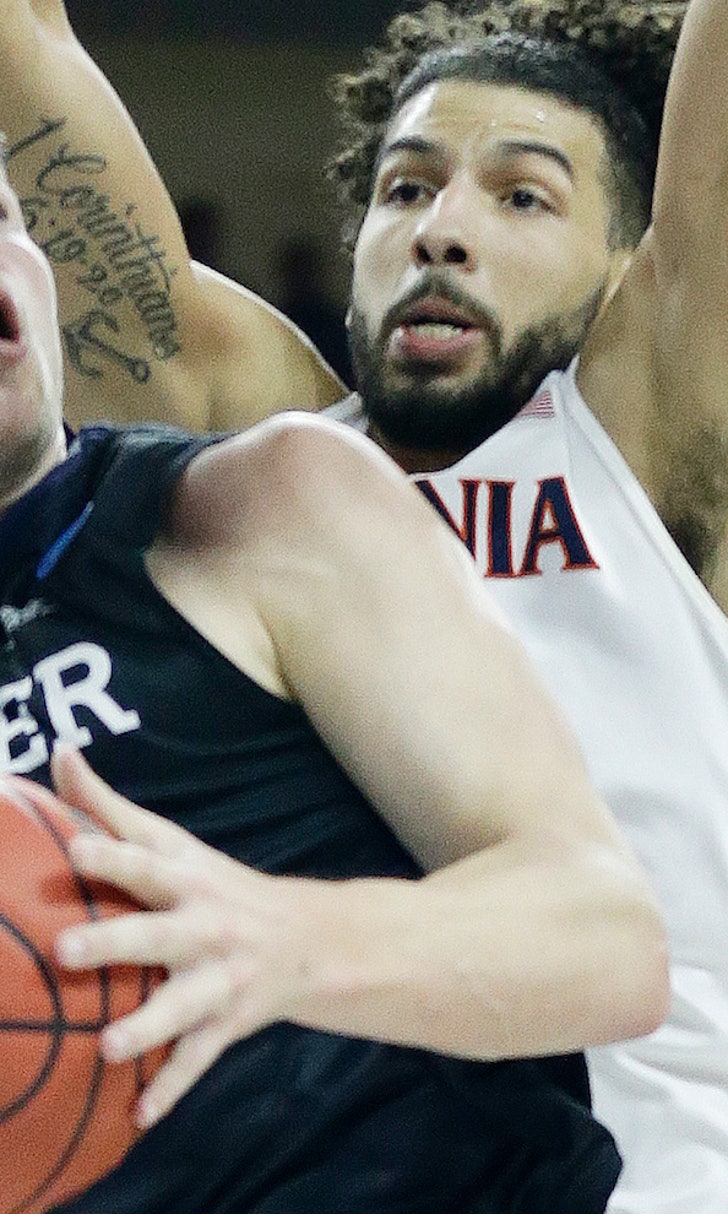 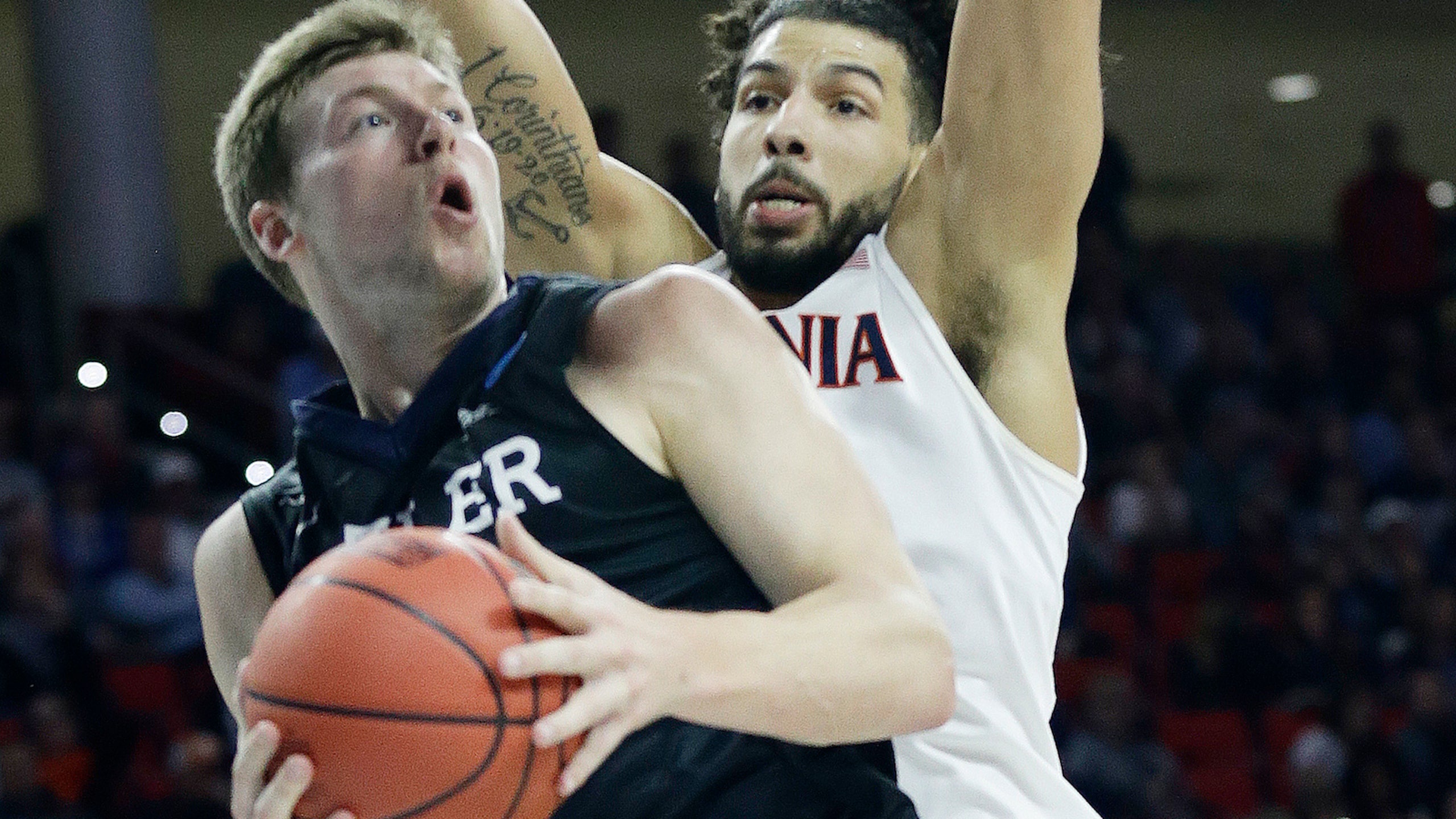 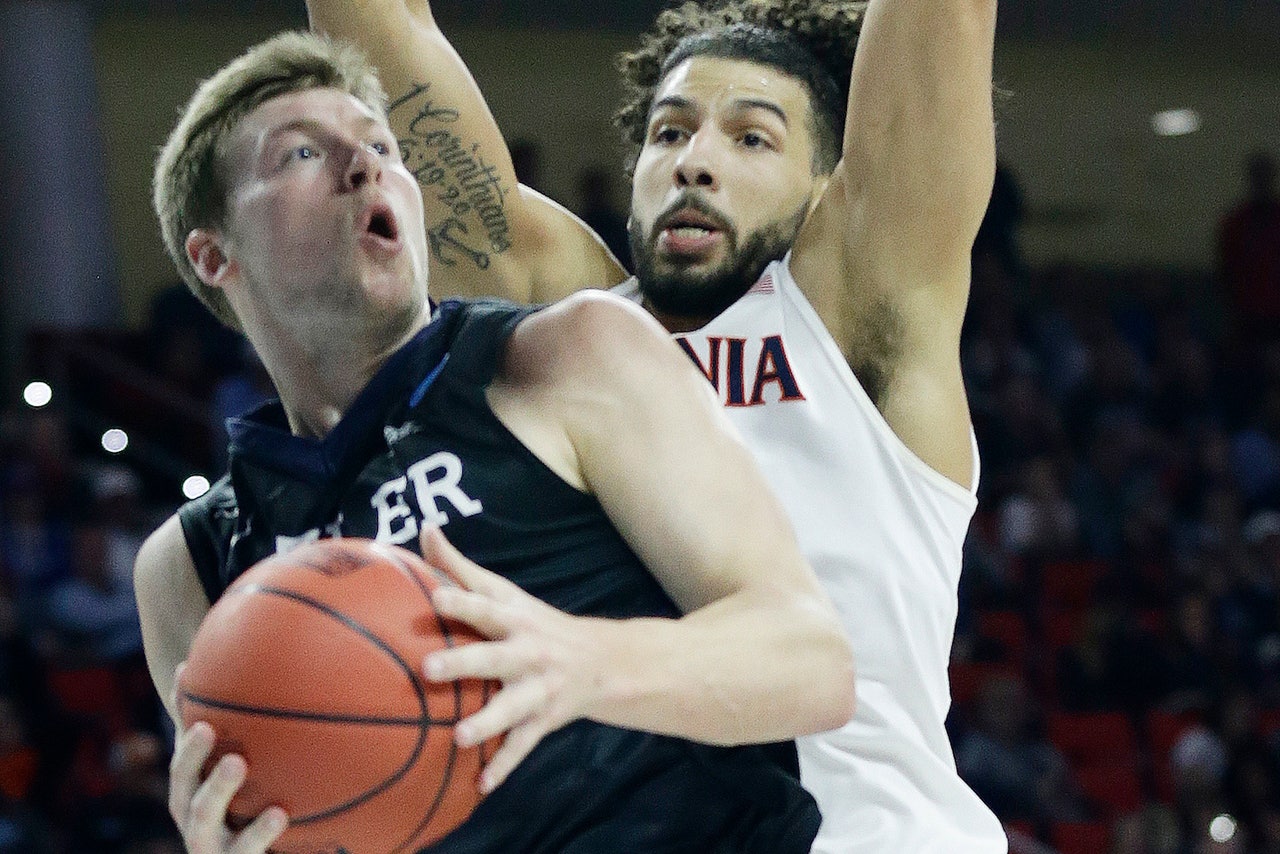 RALEIGH, N.C. -- The Virginia Cavaliers refused to let Butler beat them at their own game.

With an offense operating with chilling efficiency in the second half and a defense that was suffocating when it needed to be, the top-seeded Cavaliers found ways to do what they usually do.

And now they are headed back to the Sweet 16.

Malcolm Brogdon scored 22 points and Virginia used some hot shooting to beat Butler 77-69 on Saturday in the second round of the NCAA Tournament.

"We played a very tough team tonight, but we were really tough," Brogdon said. "It was a battle of wills, and I think we imposed our will a little bit more towards the end."

Anthony Gill added 17 points and Marial Shayok finished with 12 for the top-seeded Cavaliers (28-7), who grinded out the victory after going to a four-guard lineup.

Coach Tony Bennett said he told his team that "Butler will not lose."

Virginia shot 73 percent after halftime, hitting 14 of its first 16 shots of the half, and advanced to the round of 16 for the second time in three years. It will face fourth-seeded Iowa State (23-11) on Friday in the Midwest Regional semifinals in Chicago.

"I think they are who they are -- they're really physical and tough," Butler coach Chris Holtmann said. "They make it difficult for you to score. They're smart and intelligent in how they play. I'm certainly not going to put any more undue pressure on Tony or Virginia than is already there. They've got the No. 1 seed by their name, but I think they're poised to have a very good tournament and we have a great appreciation for how they play."

Andrew Chrabascz scored a season-high 25 points for ninth-seeded Butler (22-11), but only one of those came in the final 15 minutes after the Cavaliers put Brogdon on him.

"Malcolm's that type of player -- he's guarded point guards, wings, different kinds of guys at the 4-spot," Bennett said. "We just said, this is the time" for him to guard Chrabascz.

Roosevelt Jones pulled the Bulldogs within 72-69 by hitting the first of two free throws with 36.2 seconds left.

He missed the second, Shayok pushed Virginia's lead back out to four with a free throw with 28.3 seconds left and Kellen Dunham's 3-pointer with 12 seconds to go bounced off the iron.

Jones finished with 18 points, but Dunham, the Bulldogs' leading scorer at 16.5 points, was held to eight -- his lowest-scoring game since he also had that many in a loss to Providence on Dec. 31.

"Our seniors, they deserve another weekend," Chrabascz said.

Mike Tobey added 10 points for the Cavaliers, who took over a tight game and seemed to hit everything in the second half. They repeatedly found ways to get the ball into the paint and convert during a 28-12 burst midway through the half that gave them the lead for good.

Shayok started the run with six straight points, and Virginia hit seven layups or dunks before Gill came through with the shot of the night with just under 6 minutes to play.

He hit a falling-down jumper in the lane through contact from Chrabascz, and then knocked down the free throw that followed to give the Cavaliers their largest lead at 64-55.

The second-highest scoring game of Chrabascz's career came at a good time. This performance was second only to his 30-point game against Marquette last season.

He was 9 of 13 from the field and scored Butler's first 12 points of the second half -- then didn't hit a field goal in the final 15 minutes after the Cavaliers' key defensive switch to Brogdon.

"Every ball screen I was going into," he said, "there was someone in my lap the entire time."

Virginia: The Cavaliers were 2 of 10 from 3-point range, just the fourth time all season that they shot 20 percent or less from long distance. ... The senior class earned its 111th career victory and with a win in the Sweet 16 will match the school record set in 1983.