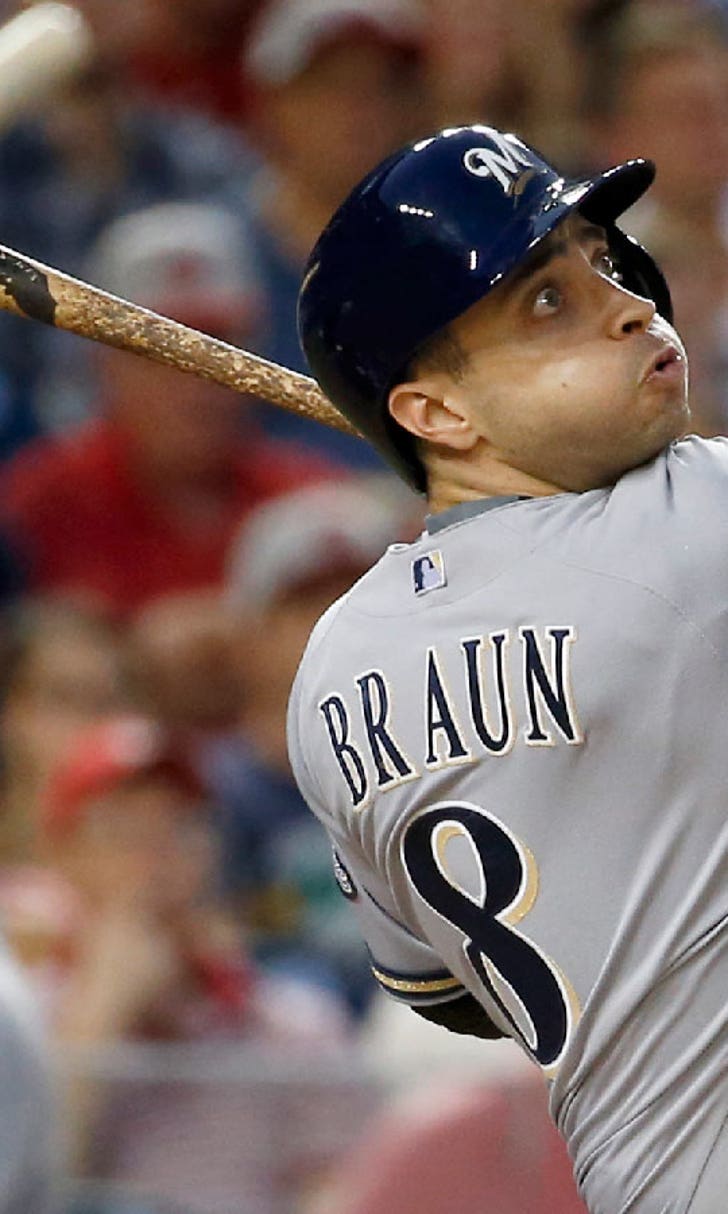 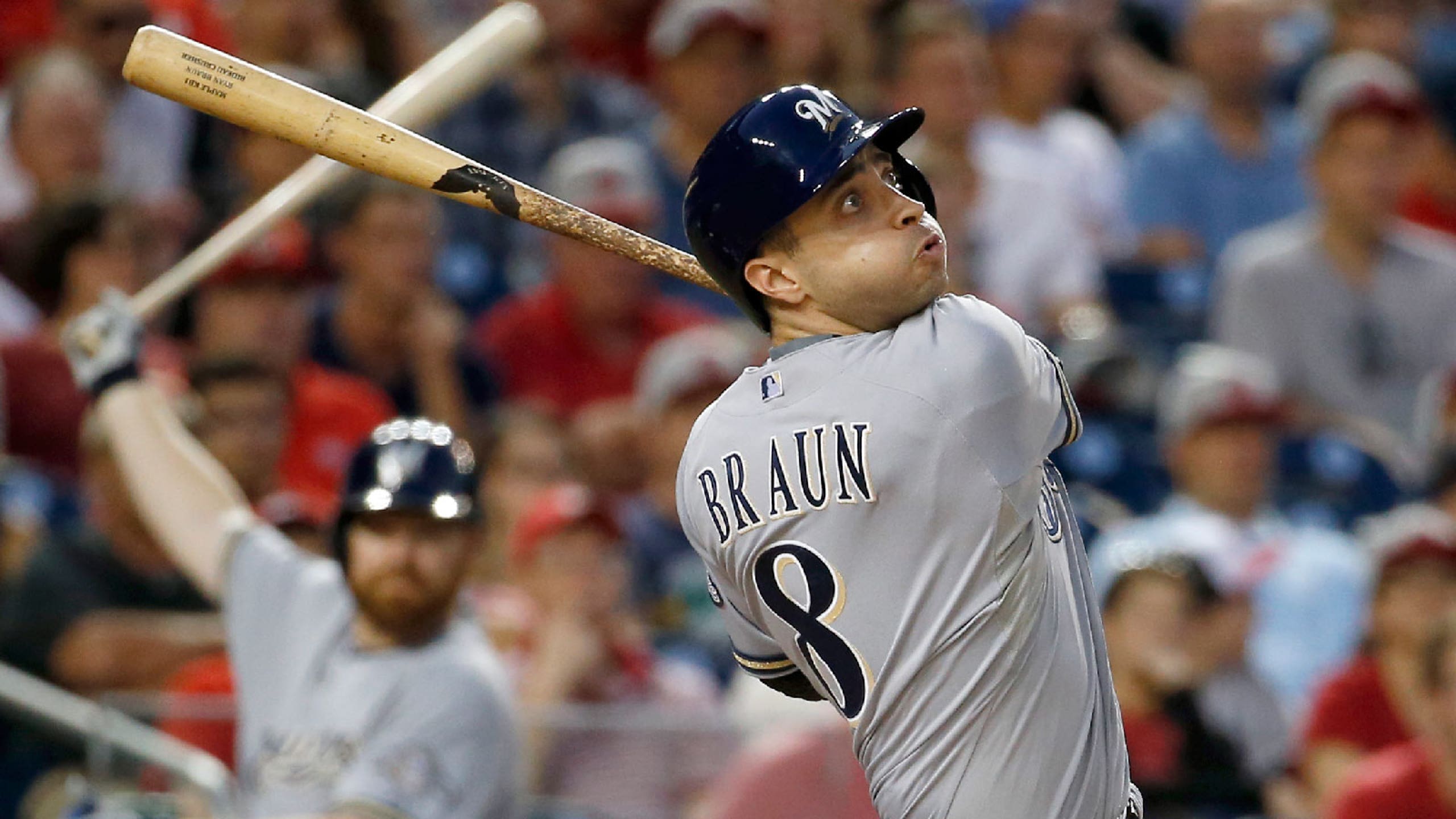 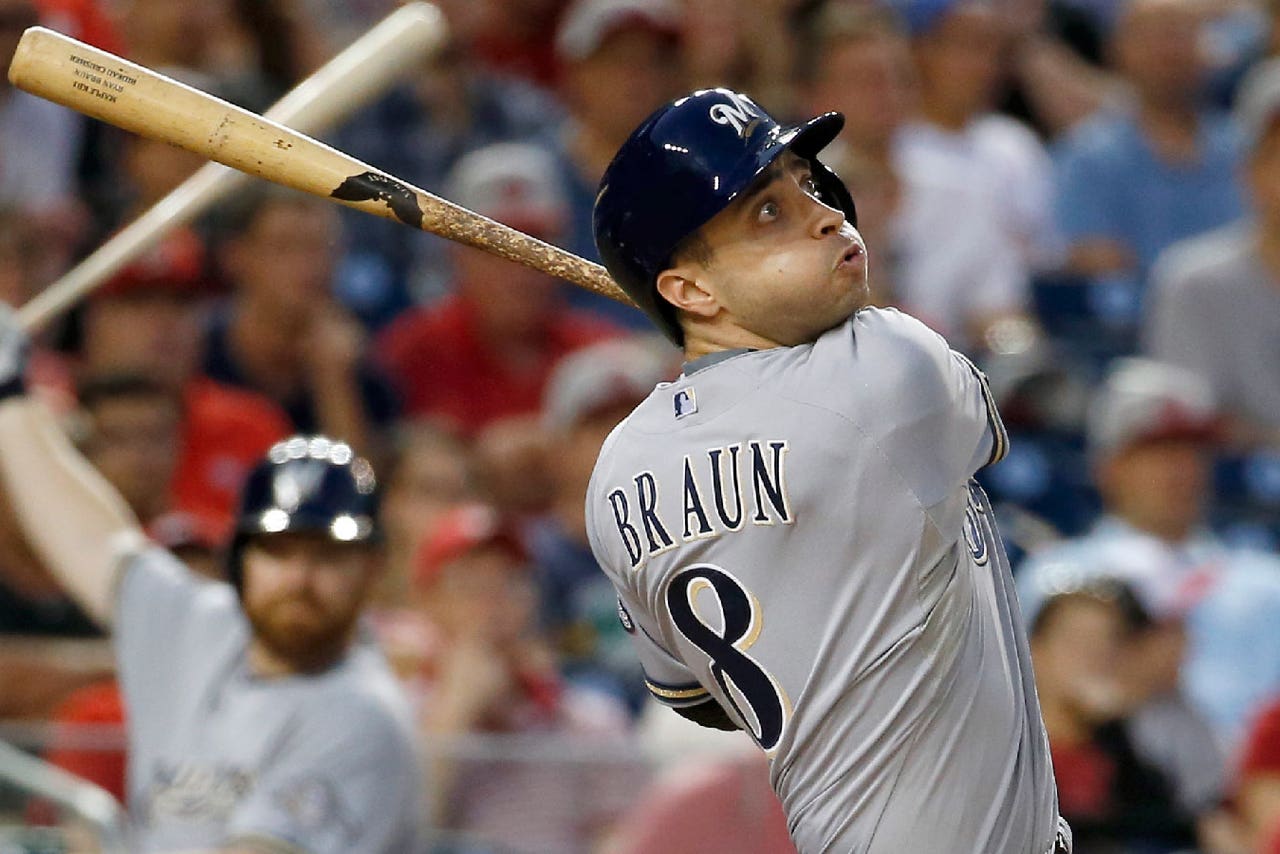 PHOENIX -- Ryan Braun had an RBI single in his first at-bat of the spring and scored in his second as the Milwaukee Brewers beat the Chicago White Sox 5-2 on Wednesday.

Braun, who had off-season back surgery, followed a walk to Eric Young Jr. and a hit-and-run single by Jonathan Lucroy in the first inning with an opposite-field single to right field to drive in Young.

It was the first run allowed by Chicago's Carlos Rondon, who pitched seven scoreless innings and allowed only three hits in his first two starts. He allowed seven hits and four runs in 3 1/3 innings Wednesday.

Braun, who made a running catch in left field on a fly ball by Chicago's Adam Eaton to open the game, walked in the third inning and scored from first base with a slide at home on a double by Chris Carter. He left the game after three innings.

"First defensive play of the game is a running catch into the sun. And I got a chance to score from first with a play at the plate. Somehow it always seems to work out that way, right?" Braun said. "The ball finds you and the opportunities find you.

"I had a couple of decent at-bats. I felt like I was tested in a lot of ways today and I feel great. So it's definitely a positive first day."

Braun is expected to play every other day for the next week or so but joked he might quit while he's ahead and wait for opening day.

Tim Anderson tripled and scored in the fifth for the White Sox, who had five hits.

White Sox: Rondon scuffled for the first time this spring. He said he was working on his back-door slider and was happy with several he threw.

"I fell behind a couple of guys and they hit the ball pretty well," said Rondon, who was visibly upset after allowing a leadoff single to Jonathan Villar in the second. "When you get ahead of guys, the last thing you want to do is throw a pitch over the middle and give up a single. That's frustrating."

Brewers: Garza, who came into the game with a 7.71 ERA, had his best outing of the spring. His teammates helped, with Rivera cutting down Austin Jackson at third trying to stretch a one-out double in the first and turning two double plays.

"I worked hard to get my body right and I'm back to where I want to be," he said. "I'm not going to say I'm in midseason form, of course not. I've got three or four more starts to opening day and I'm right where I want to be."

Brewers: Outfielder Domingo Santana was scratched from the lineup with neck stiffness. Santana, who was scheduled to bat leadoff for the first time, is hitting .556 (10 for 18) with seven runs scored in eight games. . Counsell said second baseman Scooter Gennett (shoulder) will make his spring debut by this weekend at the latest.

White Sox: Chicago is off on Thursday. It plays the Chicago Cubs on Friday.

Brewers: Right-hander Taylor Jungmann will start against the Texas Rangers on Thursday.