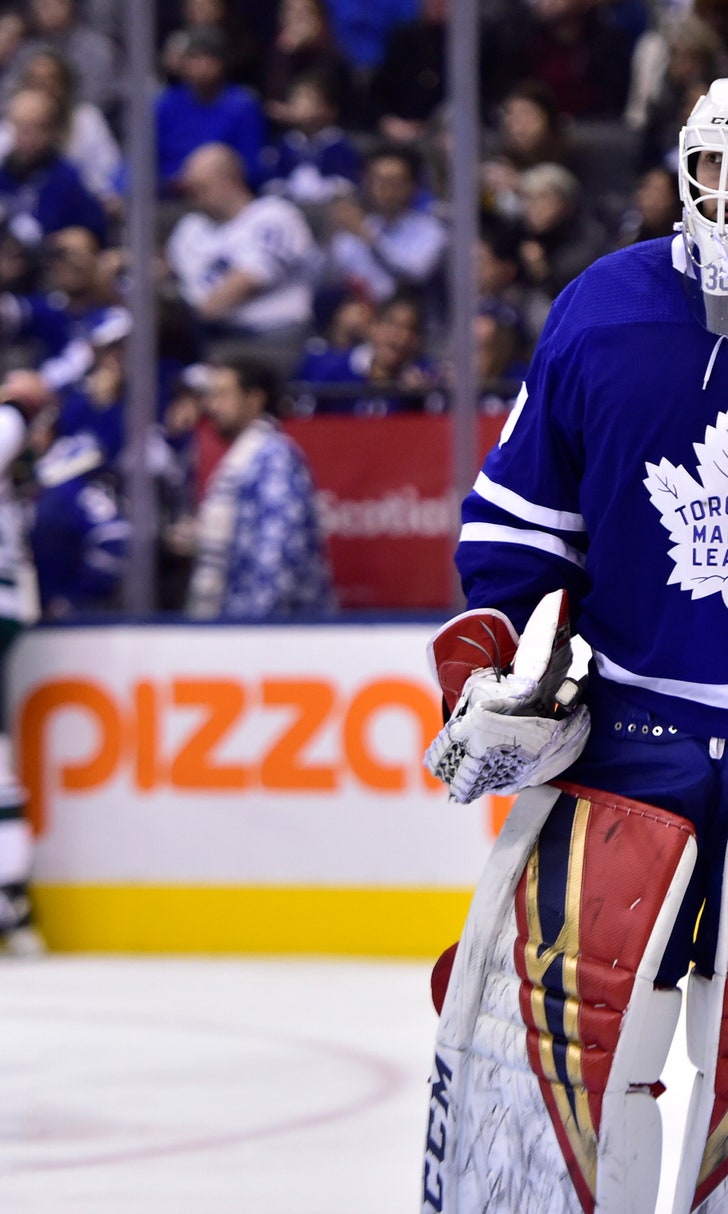 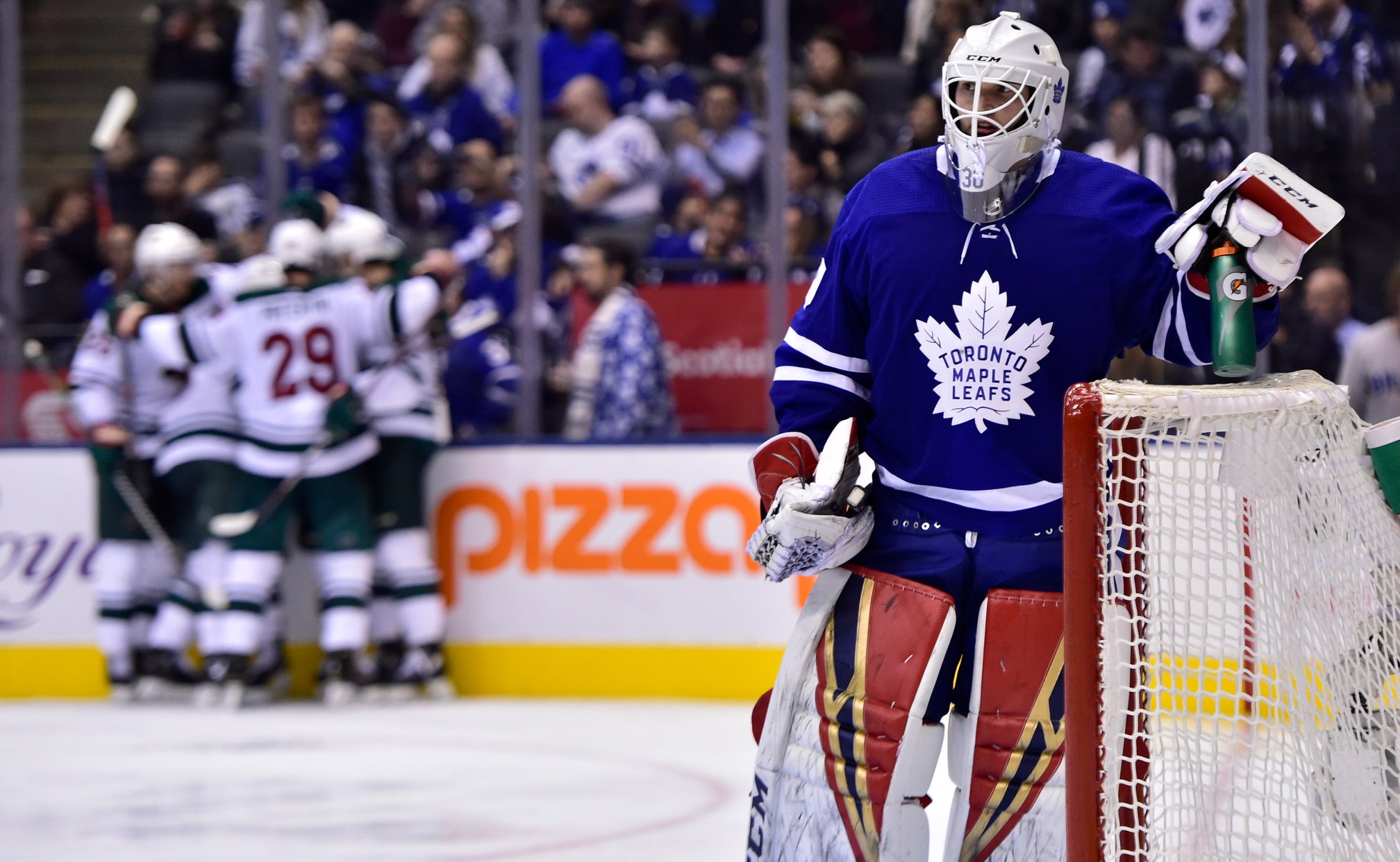 MONTREAL (AP) — Carey Price made 33 saves in his return from injury to help the Montreal Canadiens beat the Vancouver Canucks 2-0 on Thursday night.

Price picked up his second shutout of the season and 42nd overall in his first appearance after missing three games because of a lower-body injury. Jordie Benn and Jonathan Drouin scored for Montreal.

Canucks rookie Elias Pettersson left because of a lower-body injury in the second period. Named to the All-Star Games on Wednesday, Pettersson was injured after getting tangled with fellow rookie and Habs forward Jesperi Kotkaniemi. Pettersson's right knee was caught between Kotkaniemi's legs as they both fell to the ice. The Swede stayed down on the ice before getting to his feet and going to the dressing room.

Benn opened the scoring with his third goal of the season at 11:50 of the first. Minutes after Pettersson's injury, Drouin burst up the wing for his 13th of the season.

The NHL-leading Lightning have earned at least one point in 16 consecutive games — the longest streak in the league this season. They are 15-0-1 during the run.

Kucherov has eight goals and 19 assists during a 12-game point streak. He has scored in five straight games and has seven consecutive multipoint games.

Steven Stamkos added a goal and two assists, and Brayden Point had a goal and an assist for Tampa Bay. Andrei Vasilevskiy made 28 saves for his sixth consecutive win.

Austin Wagner and Drew Doughty scored for the Kings, who have lost three of four. Jonathan Quick stopped 27 shots.

ST. LOUIS (AP) — Alex Ovechkin scored his 30th goal of the season, but St. Louis came back to beat Washington.

Ovechkin's first-period goal snapped a six-game drought and tied him with Mike Gartner as the only players in NHL history to begin their careers with 14 straight 30-goal seasons. Gartner scored 30 or more in his first 15 seasons.

Alex Pietrangelo had a goal and an assist for the Blues, Colton Parayko, Oskar Sundqvist, Robert Thomas and Tyler Bozak also scored, and Jake Allen made 23 saves.

TORONTO (AP) — Zach Parise broke a tie off a turnover early in the third period and Minnesota rallied to beat Toronto.

Auston Matthews lost the puck to Parise, who beat goalie Michael Hutchinson high over his glove at 4:21 for his 18th goal of the season. Minnesota overcame deficits of 2-0 and 3-2.

Toronto got a power play midway through the period, with Matthews hitting the post short side on Devan Dubnyk. The Leafs pulled Hutchinson with 2:45 left, but were unable to get anything past the Wild netminder, including a chance that dribbled off the post in the dying seconds.

Jared Spurgeon had a goal and two assists, Charlie Coyle added a goal and an assist, and Mikko Koivu also scored for Minnesota. Dubnyk stopped 38 shots.

Mitch Marner scored twice and William Nylander had the other goal for Toronto. John Tavares added two assists, and Hutchinson made 30 saves in his debut in an emergency recall from the minors.

Mathew Barzal scored twice to keep up his scoring binge and help the Islanders win for the eighth time in nine games. Robin Lehner, making his third straight start, stopped 19 shots as New York moved to 3-0-1 in four games at the Nassau Coliseum this season.

Toews, playing in the fifth game of his career, got the winner when he knocked in the rebound of his own shot that Collin Delia stopped, with the puck coming to him at the right side.

Patrick Kane and Dominik Kahun and scored for Chicago.

The Flyers fired coach Dave Hakstol and general manager Ron Hextall last month and the shake-up has yet to spark any kind of sign of playoff life for a franchise that hasn't won a Stanley Cup since 1975. The Flyers lost their fifth straight game and fell to 3-5-1 under interim coach Scott Gordon.

Sam Reinhart had a goal and an assist, and Tage Thompson also scored in a game the Sabres played minus injured captain Jack Eichel. Buffalo coach Phil Housley said Eichel will miss at least one more game with an upper-body injury after he was hurt in the first period of a 3-1 loss to the New York Islanders on Monday.

Linus Ullmark stopped 35 shots. Buffalo was 0-6-1 in its previous seven meetings against Florida, dating to a 4-2 win on March 27, 2017. More important, the Sabres snapped an 0-2-1 slide overall while improving to 5-7-4 since their 10-game winning streak, which matched a franchise record.

Alexander Barkov had a goal and an assist for Florida, and Mike Hoffman and Frank Vatrano also scored.

BOSTON (AP) — Jake DeBrusk and Brad Marchand each had two goals to lift Boston past Calgary.

Boston has won three in a row and six of eight. The Bruins built on their win over Chicago in Tuesday's Winter Classic by beating the top team in the Western Conference.