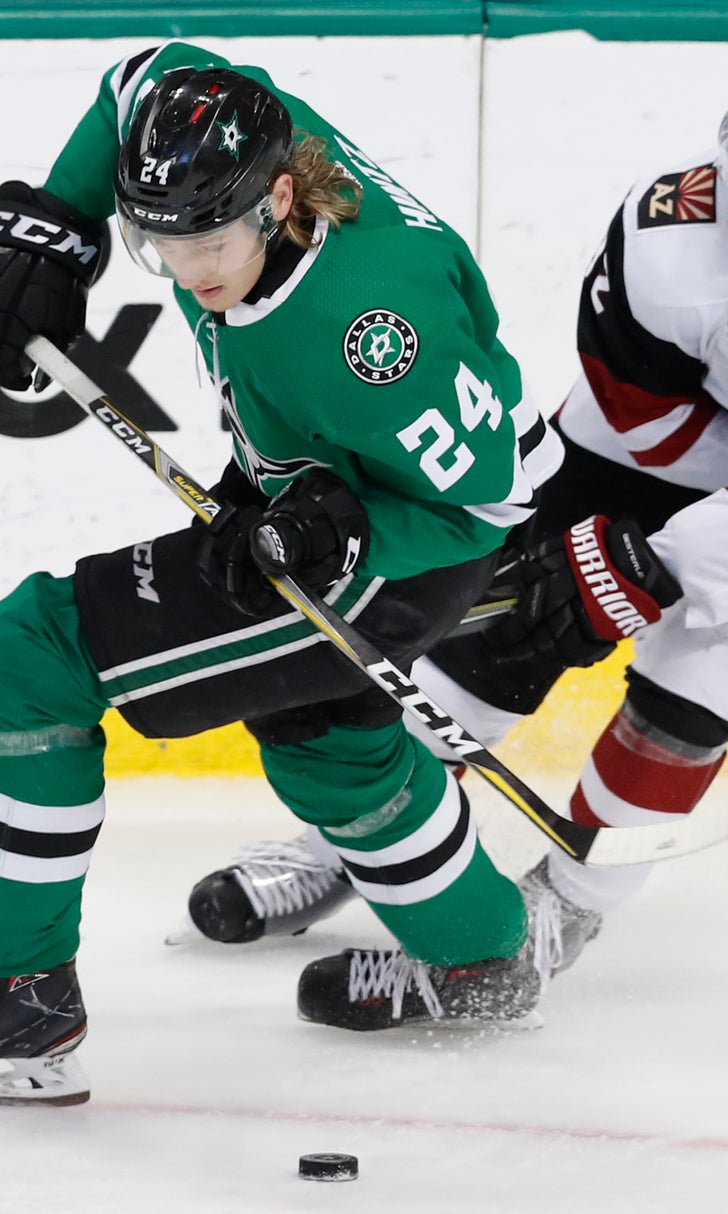 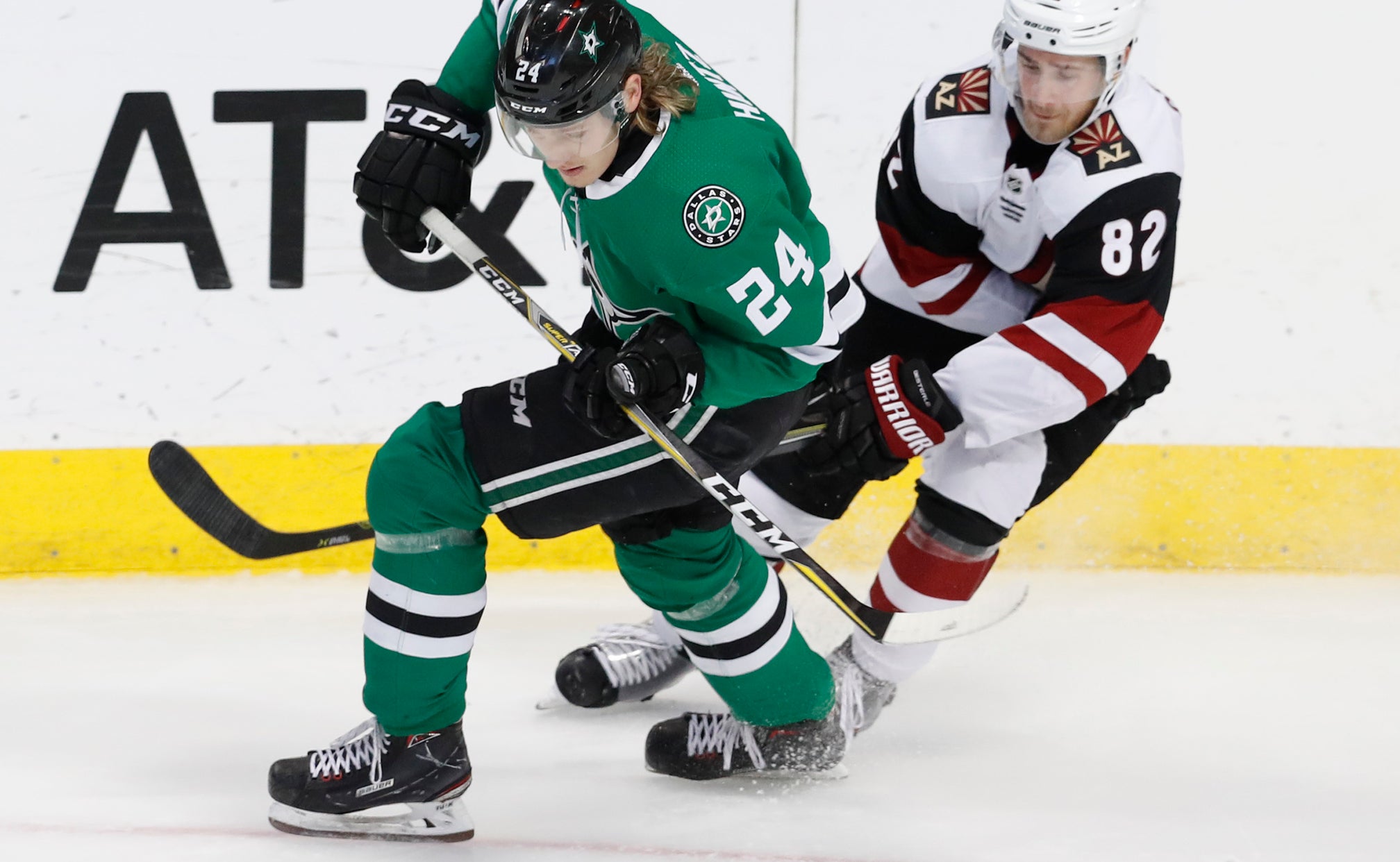 DALLAS (AP) — Tyler Seguin provided the game-winning goal in a wild third period that opened with Dallas trailing and having to kill nearly three penalty minutes and ended with the Stars scoring four goals.

Seguin's tie-breaking goal came with 7:32 to play in a 5-4 victory over the Arizona Coyotes on Monday night.

The Stars had allowed a total of four goals in the first four games of the streak.

"It's nice that we're finding ways to win different types of games," Dallas coach Jim Montgomery said. "Power play came through, penalty kill came through. A lot of positives to build on."

Trailing 2-1 after two periods, Dallas scored three times in 71-second span of the third to take a 4-2 lead. The Coyotes rallied with two goals in a 61-second span to tie it at 4-4.

Seguin scored his fifth game-winning goal of the season by taking a pass from Jamie Benn from behind the net and sending a wrist shot from the slot past Kuemper and inside the left post. It was Benn's second assist of the game.

"Early on in this one, it wasn't pretty," Benn said. "It was players stepping up and owning up to their poor play. It was good to see accountability."

The game broke open after the Stars' Brett Ritchie drew a major penalty for boarding the Coyotes' Alex Goligoski and a game misconduct late in the second period.

Arizona couldn't score on the lengthy power play, in part because two Coyotes went to the penalty box during that time in the third period.

"The energy of that five-minutes propelled us," Stars coach Jim Montgomery said. "We seemed to come at them in waves after that. Obviously, the tail end of that we got the power plays."

Klingberg and Faksa scored Dallas' second and third power-play goals of the game for a 3-2 lead at 3:04. Janmark added the fourth goal with a shot from the slot at 3:39.

The Stars killed a penalty, but back at even strength allowed goals by Hinostroza at 6:49 and Galchenyuk at 7:50 that tied it. After Seguin's goal, Dallas killed another penalty with Kuemper out of the net and Arizona skating 6-on-4.

Goligoski did not return to the game after failing to pass the NHL's concussion protocol. The defenseman was missed.

"He's an important guy for us," Ekman-Larsson said. "Not having him in the third, it hurts us. It's hard when you get scored on two times, three times, shift after shift."

Arizona took one-goal leads with Ekman-Larsson scoring in the first period and Connauton in the second.

In between, Hintz scored a power-play goal at 3:36 of the second.

NOTES: Coyotes D Jakob Chychrun (lower-body injury) missed his second straight game. He did not travel with the team. ... Ekman-Larsson's goal was his 109th for Arizona, setting a team career record. . Connauton's goal was his first in 38 games, since April 3, 2018. . Hintz hadn't scored in 20 NHL games, since his goal at Pittsburgh on Nov. 21. . Each starting goalie came in hot. Kuemper had provided points in nine straight games (6-0-3), allowing only 20 goals. Bishop had allowed only three goals and had won three in a row.

Coyotes: Complete a six-game trip on Tuesday at Nashville.

Stars: Play the first of five games in a row on the road, and their second in six days at Nashville on Thursday.