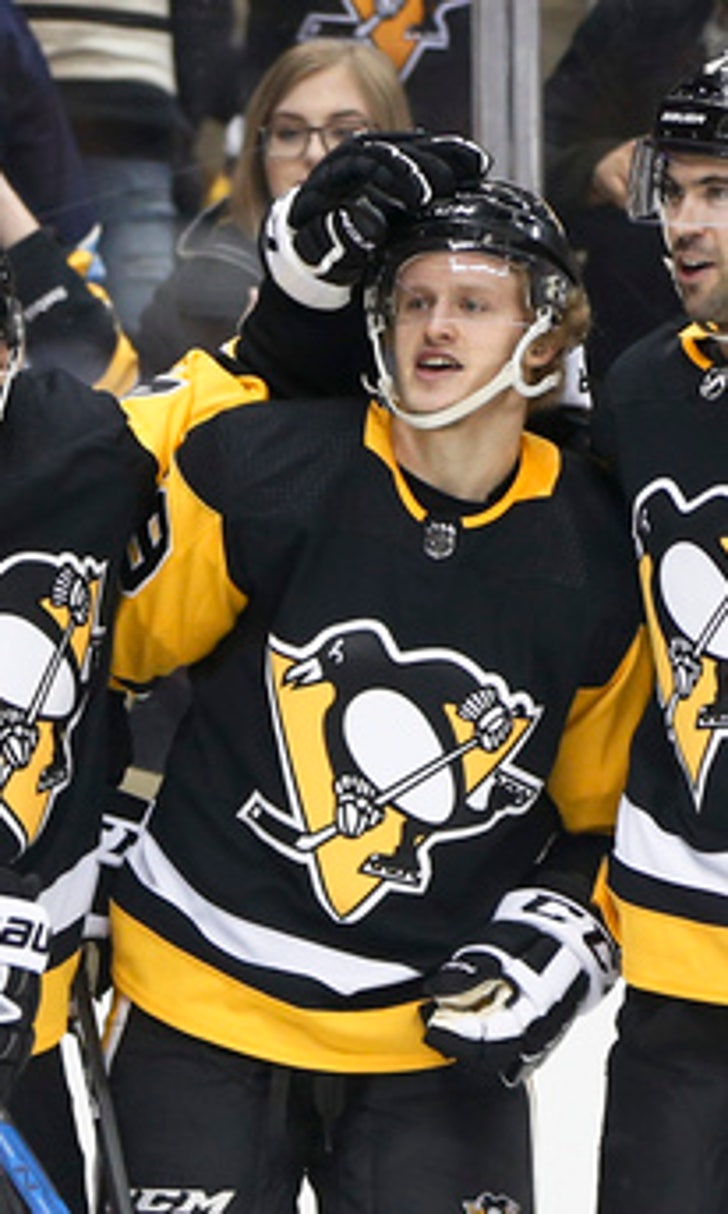 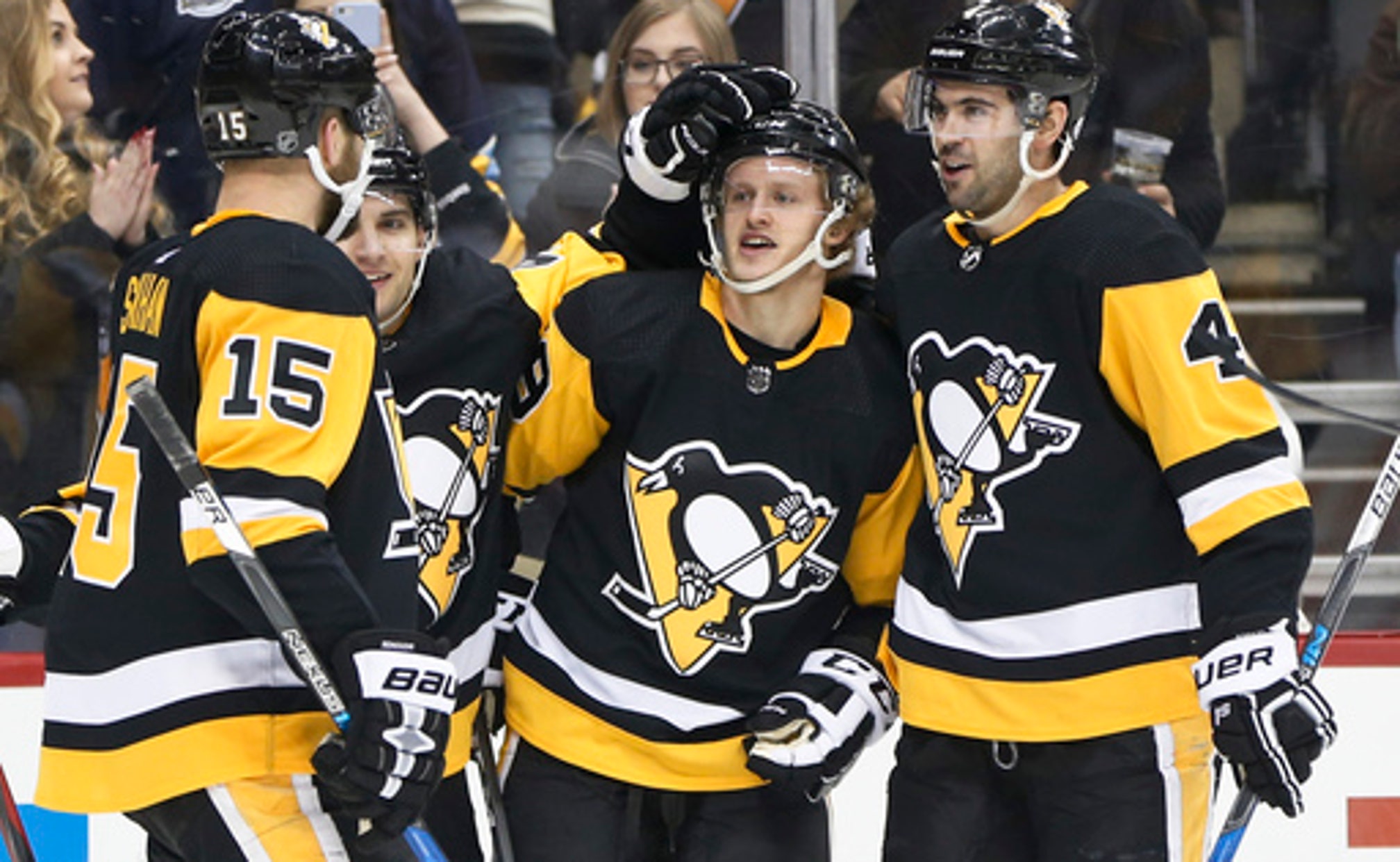 Penguins clinch 2nd in Metropolitan, home-ice in 1st round

PITTSBURGH (AP) The Pittsburgh Penguins will start their bid for a Stanley Cup three-peat at home.

Sidney Crosby and Jake Guentzel banked in goals off Craig Anderson minutes apart in the second period, Casey DeSmith stopped 34 shots and the Penguins beat the Ottawa Senators 4-0 to clinch second place in the Metropolitan Division and home-ice advantage in the opening round of the playoffs.

Phil Kessel got his 34th goal of the season and Patric Hornqvist pushed his career-high to 29 when he beat Anderson late in the third period for the Penguins, who will host Columbus, New Jersey or Philadelphia next week.

Anderson finished with 19 saves but was beaten twice from behind the goal line in the second period as the Senators lost for the ninth time in 11 games.

Ottawa and Pittsburgh met in the Eastern Conference finals 10 months ago, with the Penguins winning on an overtime goal in Game 7 before going on to beat Nashville for their second straight Cup. The Senators hoped it would be a springboard to becoming perennial contenders. Instead they will miss the postseason for the third time in five years.

ANAHEIM, Calif. (AP) - Jakob Silfverberg had a goal and two assists to help Anaheim keep up its surge toward the postseason with its ninth win in 11 games.

Josh Manson and Andrew Cogliano each had a goal and an assist for the Ducks, who leapfrogged the Los Angeles Kings by one point for third place in the Pacific Division. The playoff-bound rivals have been trading the spot down the stretch, and the race will go down to the last day of the regular season.

Rickard Rakell and Derek Grant also scored for Anaheim before Cogliano got a key breakaway goal with 5:25 to play. Ryan Miller made 23 saves to win his second straight start in place of John Gibson. Miller also earned the 369th victory of his NHL career, tying Tom Barrasso for second among U.S.-born goaltenders.

Jamie Benn had a goal and an assist, and Marc Methot and Radek Faksa also scored for Dallas. Mike McKenna stopped 28 shots in his second appearance of the season.

TAMPA, Fla. (AP) - Nikita Kucherov became the second player in the NHL to reach 100 points this season, and Tampa Bay took a two-point lead for the Eastern Conference and Atlantic Divisiion lead.

Kucherov scored in the first period and got his 100th point assisting on Dan Girardi's goal 1:04 into the second that put the Lightning up 4-2. Edmonton's Connor McDavid tops the league with 106 points. According to the NHL, this is the first season since 2009-10 with multiple 100-point players.

Casey Mittelstadt and Alexander Nylander each got his first NHL goal for the last-place Sabres. Jason Pominville, Jordan Nolan and Kyle Okposo also scored for Buffalo, and Chad Johnson had 27 saves.

Carter Hutton made 19 saves as St. Louis stopped a three-game slide. Jaden Schwartz also scored in the third after an ugly turnover by the Blackhawks.

The Blues (44-31-6) moved one point ahead of the idle Avalanche (42-30-9) heading into their finale in Colorado on Saturday night. St. Louis has won three of four against Colorado this season.

Erik Gustafsson scored for Chicago, and Jean-Francois Berube made 31 saves. The last-place Blackhawks (33-38-10) finished with an 18-18-5 record at home.