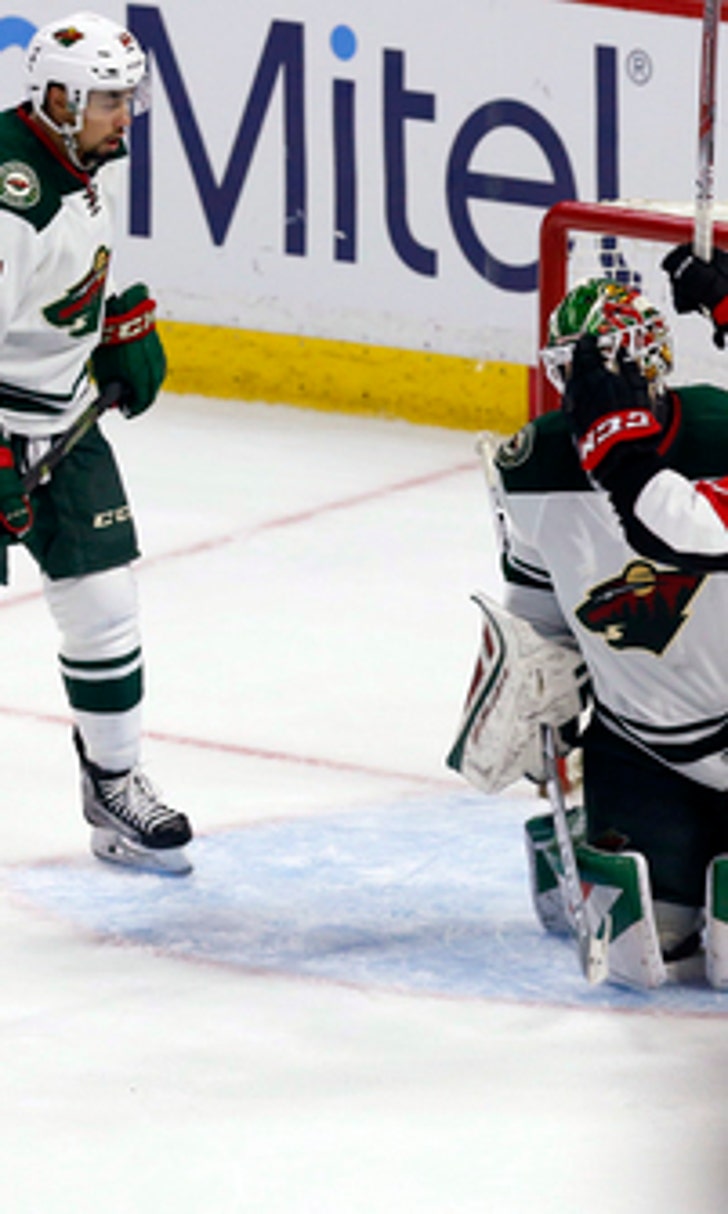 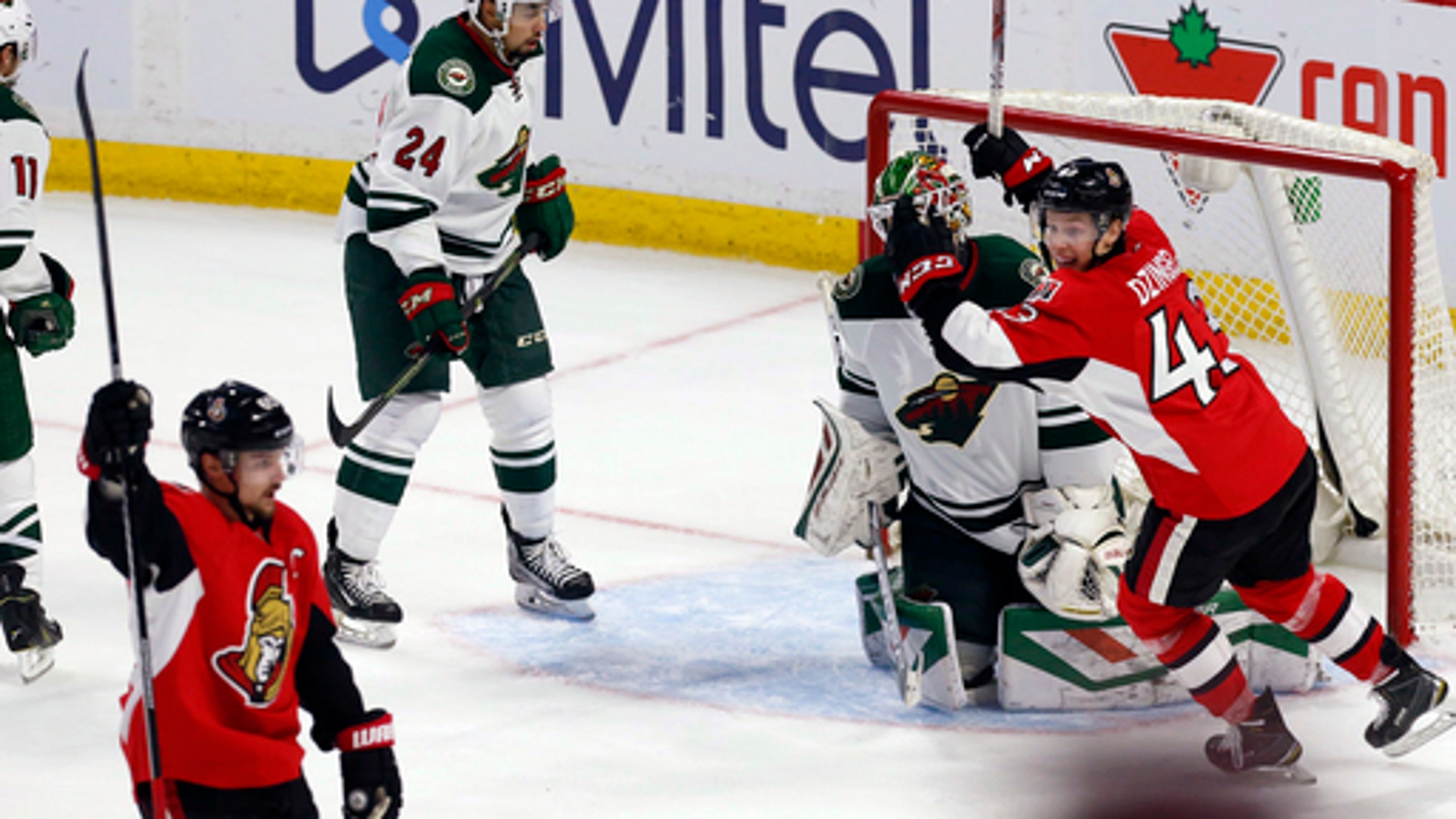 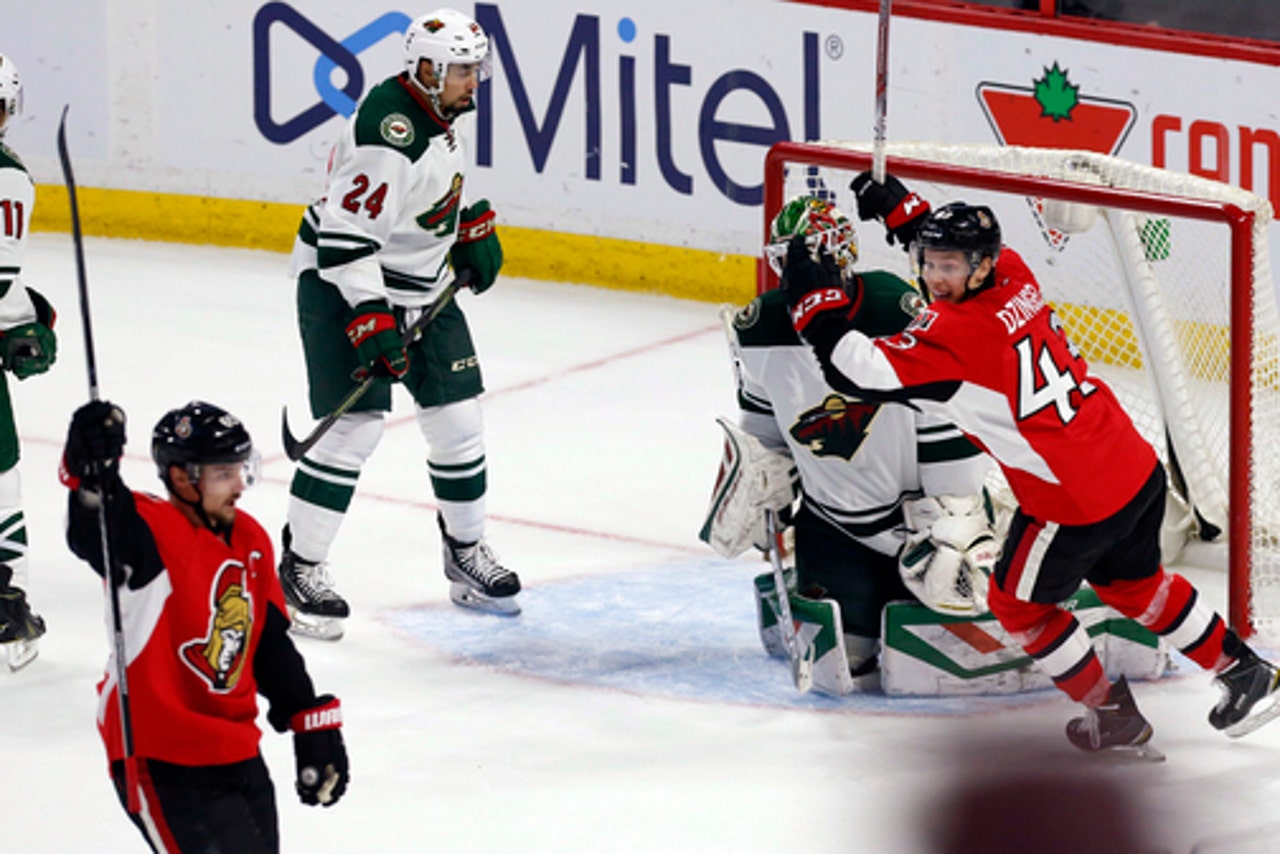 OTTAWA, Ontario (AP) Even though it's a longshot, Erik Karlsson is determined not to let the playoff hopes of the Ottawa Senators go down without a fight.

The Senators beat the Minnesota Wild 3-2 on Tuesday night in overtime on Karlsson's 13th goal of the season at 4:29 of overtime.

Mika Zibanejad sent the game to an extra period when he tied the game with 7.1 seconds remaining in regulation.

Despite the win, the Senators' playoff hopes remain slim as they trail the Detroit Red Wings by five points for the final wild card in the Eastern Conference with just 11 games remaining.

''We're going to try and win every single game that we have left,'' Karlsson said. ''That's the mentality we're going to have in here.

Mike Hoffman also scored for the Senators as Craig Anderson, making his 55th start this season, made 23 saves.

Nino Niederreiter and Ryan Carter scored for the Wild, who have a one-point lead on the Colorado Avalanche for the second wild card in the Western Conference. Devan Dubnyk faced 20 shots.

Wild coach John Torchetti was pleased with his team's performance and will definitely take the one point, but said the tying goal stung.

''We played a great 59 minutes and 50 seconds,'' Torchetti said. ''We were just committed to playing defense and then we let up for nine seconds and we've got to do a better job of collapsing on that play.''

The Senators were looking to carry momentum from a 4-0 win over Toronto on Saturday, but struggled against the stingy Wild.

Ottawa had just one shot in the third leading up to the sequence where Zibanejad scored.

''I really liked the way we stuck with it,'' Senators coach Dave Cameron said. ''That's been our challenge. We didn't get frustrated.

''Very happy with the way we played.''

Leading 2-1 midway through the third, the Wild showed desperation when Jared Spurgeon blocked three Zibanejad shots while short-handed. Spurgeon was hurting as he struggled to get off the ice and went right down the tunnel.

''You couldn't give a better example of an athlete than what Spurgeon did for us,'' Torchetti said. ''That's the part that really, for me, for our team moving forward, that's team commitment and that's what we need more of.''

''It's part of the penalty kill, you have to get in the lanes and it just happened to be mine those three times. It's just part of the game.''

After putting together a couple of great chances with the man advantage, the Senators gave up the go-ahead goal when Carter came out of the penalty box.

Ottawa hasn't scored a power-play goal in its past seven games, it's longest stretch of the season.

Coming down the wing, Mikael Granlund passed to Carter, who tipped it past Anderson to give the Wild a 2-1 lead at 5:14 of the third.

The Senators had a couple of good chances early in the period, but it wasn't until 13:38 of the second that they managed to beat Dubnyk.

Hoffman, with his first goal in eight games, wristed a shot from just inside the blue line to tie the game 1-1.

The game had barely started before the Senators were down 1-0 as the Wild scored on their first rush up the ice when Niederreiter beat Anderson short side.

Ottawa has given up the first goal in 32 of its past 45 games.

NOTES: LW Matt Puempel and D Patrick Wiercioch were a healthy scratch for the Senators.