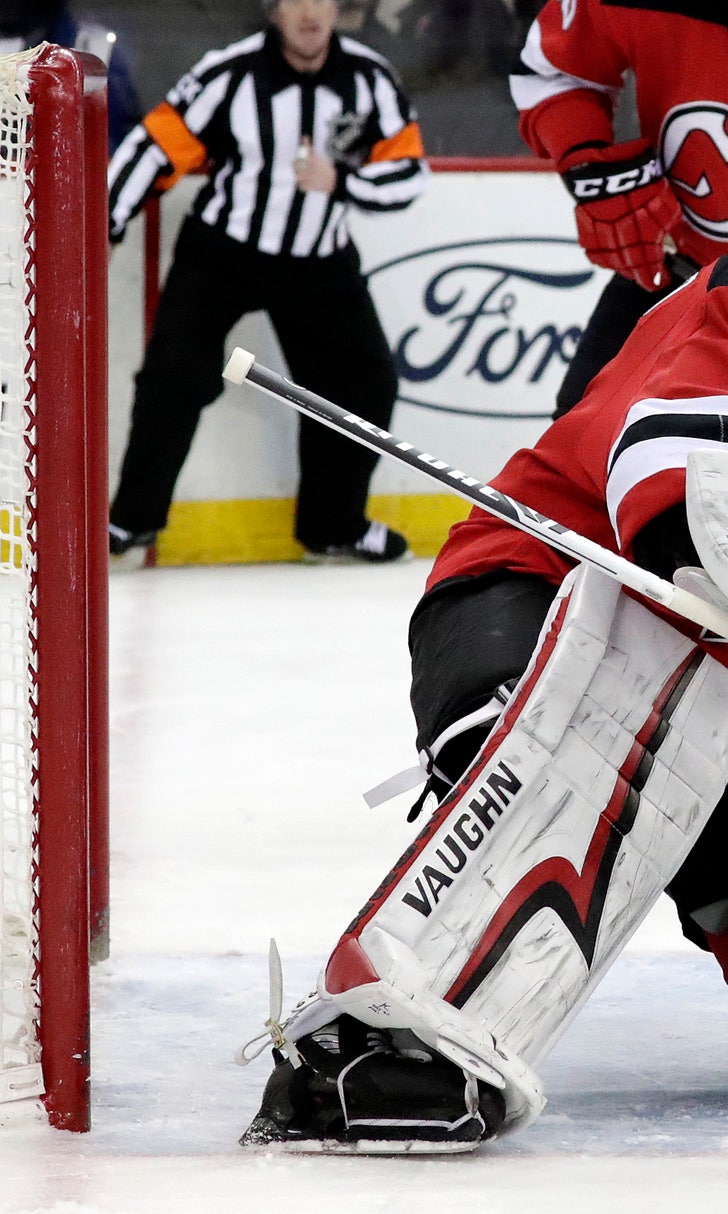 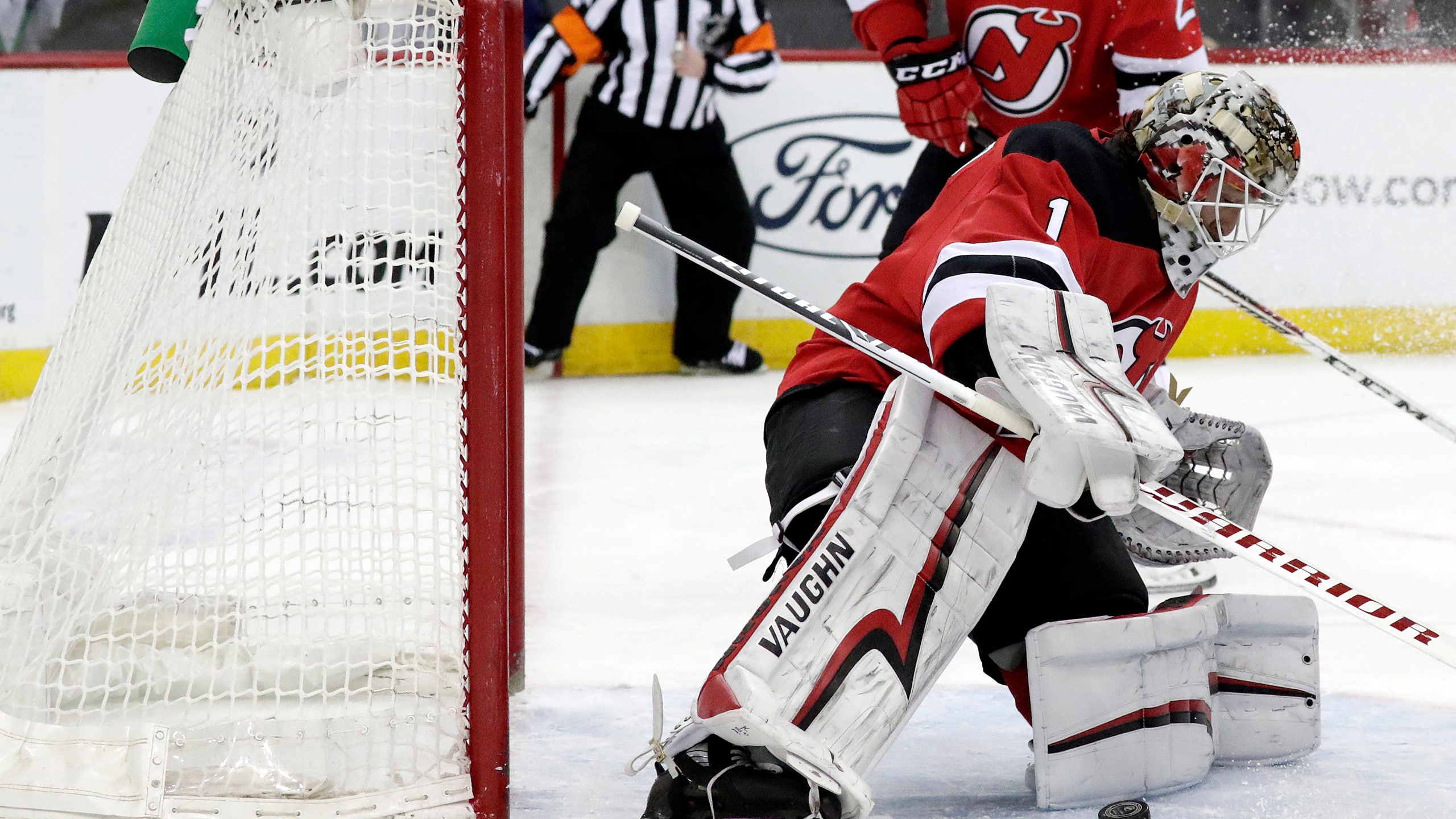 NEWARK, N.J. (AP) — The only role the New Jersey Devils are likely going to have in the playoffs this season is being a spoiler, something the Carolina Hurricanes discovered.

Marcus Johansson scored twice, a battered Keith Kinkaid made 32 saves and the Devils prevented the Hurricanes from moving into a playoff spot with a 3-2 victory Sunday.

"In the end, it's the win that counts," said center Nico Hischier, who had assists on all three goals. "Everyone who is in the lineup has energy and wants to play well and wants to battle hard. Today everybody was ready to play and just play the game plan and in the end we earned the win."

Pavel Zacha also scored as the Devils snapped the Hurricanes' three-game winning streak and handed them their fifth loss (13-5-1) in 19 games.

Kinkaid certainly was the difference, stopping 23 of 25 shots over the final 40 minutes.

"It's never going to be easy but definitely a huge game for me," said Kinkaid, who had lost six of his last seven decisions. "I felt really sharp and guys did a good job battling even when there was no second chances. If there was a second chance, I just had to battle to give us the extra save. We gave a good effort, everyone was hustling back and not giving them easy outlets."

Dougie Hamilton and Teuvo Teravainen scored for Carolina, and Petr Mrazek made 18 saves. The Hurricanes have missed the playoffs the last nine seasons.

The Hurricanes would have moved into the second wild-card spot ahead of idle Pittsburgh with a win.

"Right now there is a sour taste because this game; we should have won that game," Hurricanes coach Rod Brind'Amour said. "We needed it and they don't, so that frustrates me."

The Devils are 13 points out of a playoff spot with 27 games to go.

This was a tough game for Kinkaid in more ways than stopping shots. He took a stick in the face from Jordan Martinook with 7:23 left in the second period, was bowled over by Justin Williams later in the period and was knocked over again in the third when Nino Niederreiter interfered with Devils defenseman Damon Severson.

Not only was Niederreiter penalized, the call nullified what would have been a tying goal by Sebastian Aho with 12:54 left.

"It kept me engaged," Kinkaid said. "I don't mind the physicality as long as it doesn't interfere with me stopping the puck."

Aho said the Hurricanes can't dwell on this one.

"This is one game," he said. "We just keep playing the same way we played lately we can get to the playoffs."

Zacha and Johansson gave the Devils a 2-0 first-period lead.

Hamilton cut the gap to 2-1 in the second, but Johansson restored the two-goal margin at 15:56 of the third period after being set up by Jesper Bratt. Teravainen scored on a power-play with 1:27 to play after Carolina pulled Mrazek.

"Once he beat his guy I kind of knew the puck was coming and I just tried to get in position," said Johansson of Bratt. "It was a great play by him and I think that goal was all Bratter, that's what he can do. He's so fast and he's sees the game so well. That was a heck of a play."