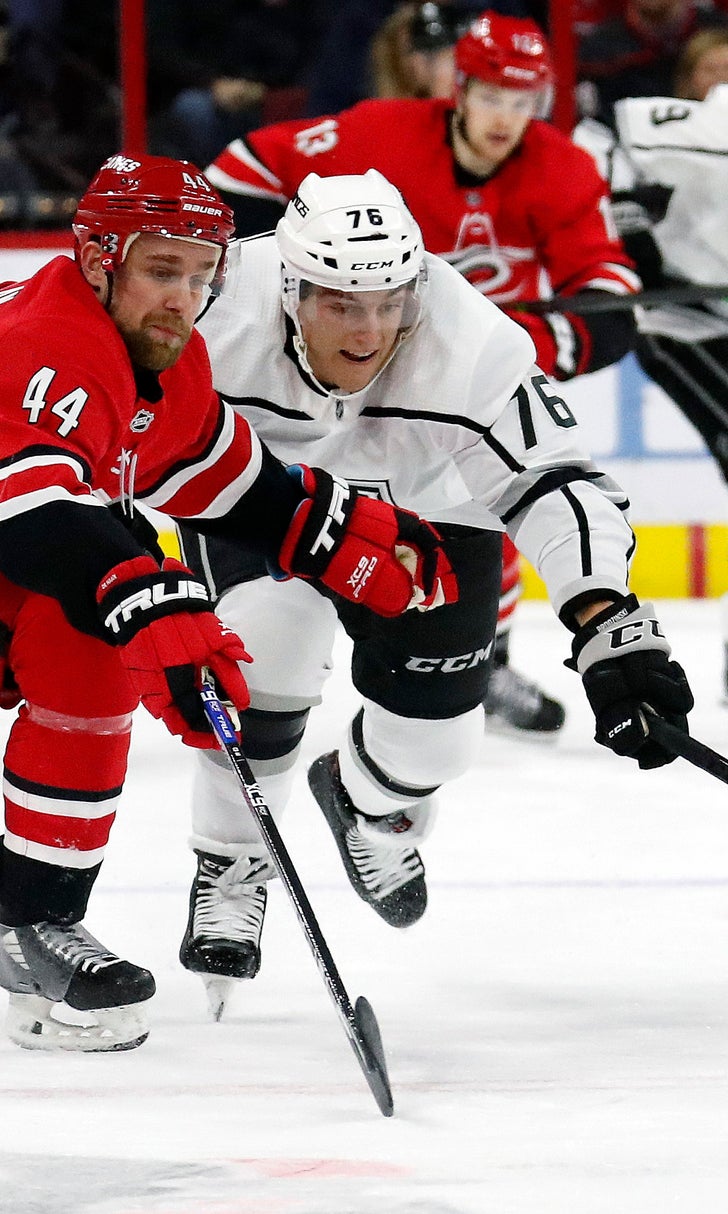 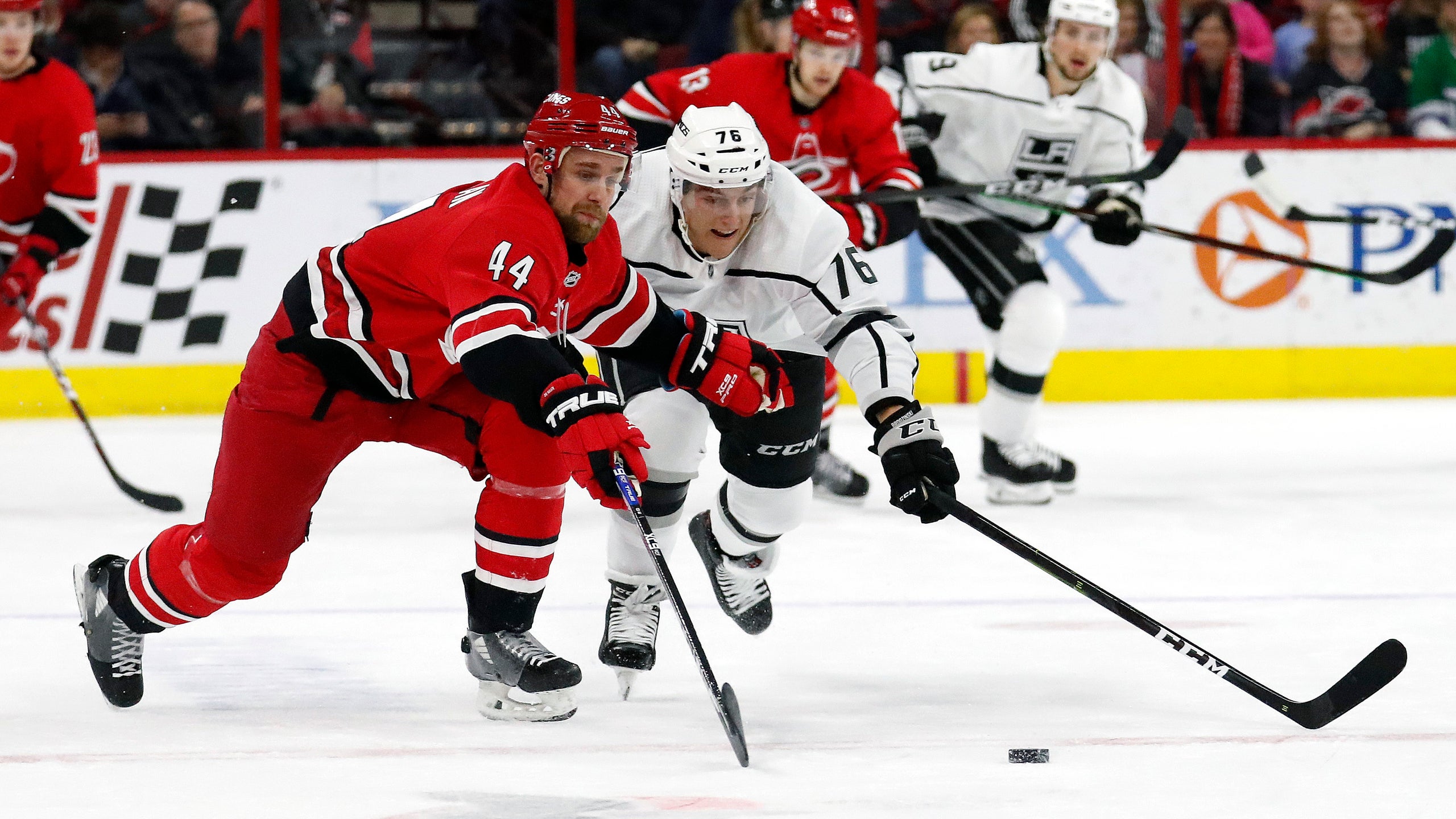 RALEIGH, N.C. (AP) — The Carolina Hurricanes closed out their February schedule by bolstering their playoff chances.

Dougie Hamilton had two goals and an assist and Teuvo Teravainen added a goal and three assists as the surging Hurricanes beat the Los Angeles Kings 6-1 Tuesday night.

The sinking Kings have lost nine straight (0-6-3) and are in last place in the Western Conference. The Kings haven't won since Feb. 7, and are in the midst of their worst losing streak since dropping a franchise-record 11 straight in 2004.

Carolina finished the month with a 10-3 record and solidified its wild-card position in the Eastern Conference race with its sixth win in seven games. Jordan Staal had three assists and Micheal Ferland added a goal and an assist for the Hurricanes.

"If we play like that, we're going to have a really good chance to be in the playoffs," said goalie Petr Mrazek, who made 22 saves. "We have 19 games left and we have to do the same job we did in February."

The Hurricanes haven't made the playoffs since 2009. They're trying to end that streak in coach Rod Brind'Amour's first season.

Brind'Amour, who led the franchise to a Stanley Cup title as a player in 2006, wasn't quite in the mood to celebrate Tuesday's win. Not with defenseman Justin Faulk and Ferland leaving the game early with undisclosed injuries and then a third player, defenseman Calvin de Haan, suffering an apparent injury in a postgame workout in the locker room.

"There's a bunch of things going on," Brind'Amour said. "We'll know more (Wednesday). We know we need everybody here to be successful. Everybody is so important to our group."

The Hurricanes have gotten a boost from the return of Staal, who had missed 32 games since mid-December with a concussion. Staal's three assists gave him four points in the two games since he has been back in the lineup.

Hamilton got the scoring outburst going for the Hurricanes at 5:56 in the first period. He added his second at 5:19 of the second.

Sebastian Aho scored his team-leading 25th goal at 11:15 of the first period after a steal by Teravainen.

Ferland tipped in a shot by Staal 25 seconds into the second period, extending Carolina's lead to 3-0.

Jaccob Slavin beat Kings goalie Jonathan Quick (14 saves) on the power play at 2:19 of the second to make it 4-0.

Teravainen's one-timer, from an odd-angle in the right circle, made it 5-0. Hamilton then added his second goal, off of a screen by Ferland, before the end of the second period.

Ferland collided with Quick and appeared to be injured on the play. He did not play in the third period. Faulk also got hurt in separate incident during the second period.

"This is a tough night for (injuries)," Brind'Amour said. "We have to assess the damage here."

NOTES: NHL commissioner Gary Bettman attended Tuesday's game with Carolina owner Tom Dundon. They toured N.C. State's Carter-Finley Stadium earlier in the day. Dundon is hoping to host a "Stadium Series" outdoor game in Raleigh for the 2020-21 season. ... On the plus side for the struggling Kings, goalie Jack Campbell stopped all 14 shots he faced in the third period after he replaced Quick. ... Aho's goal gives him a team-best 70 points on the season. He is the second player in Carolina history to register 70 points before turning 22. Former captain Eric Staal, in 2005-06, was the other.