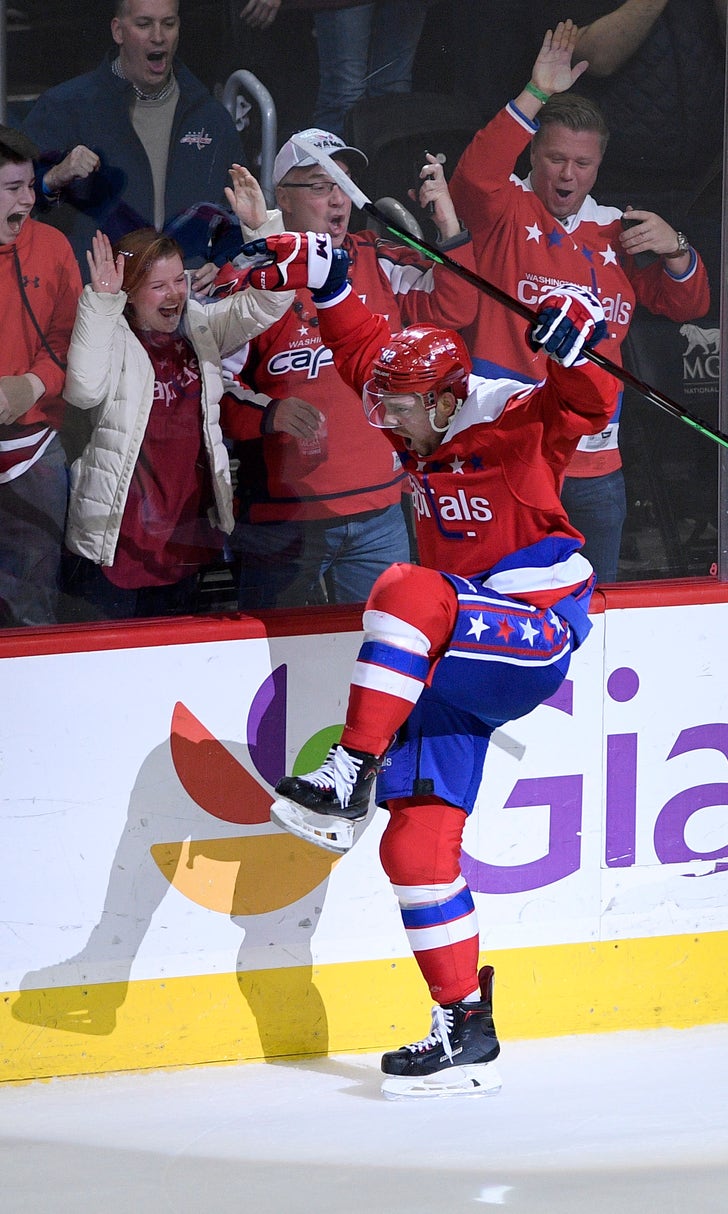 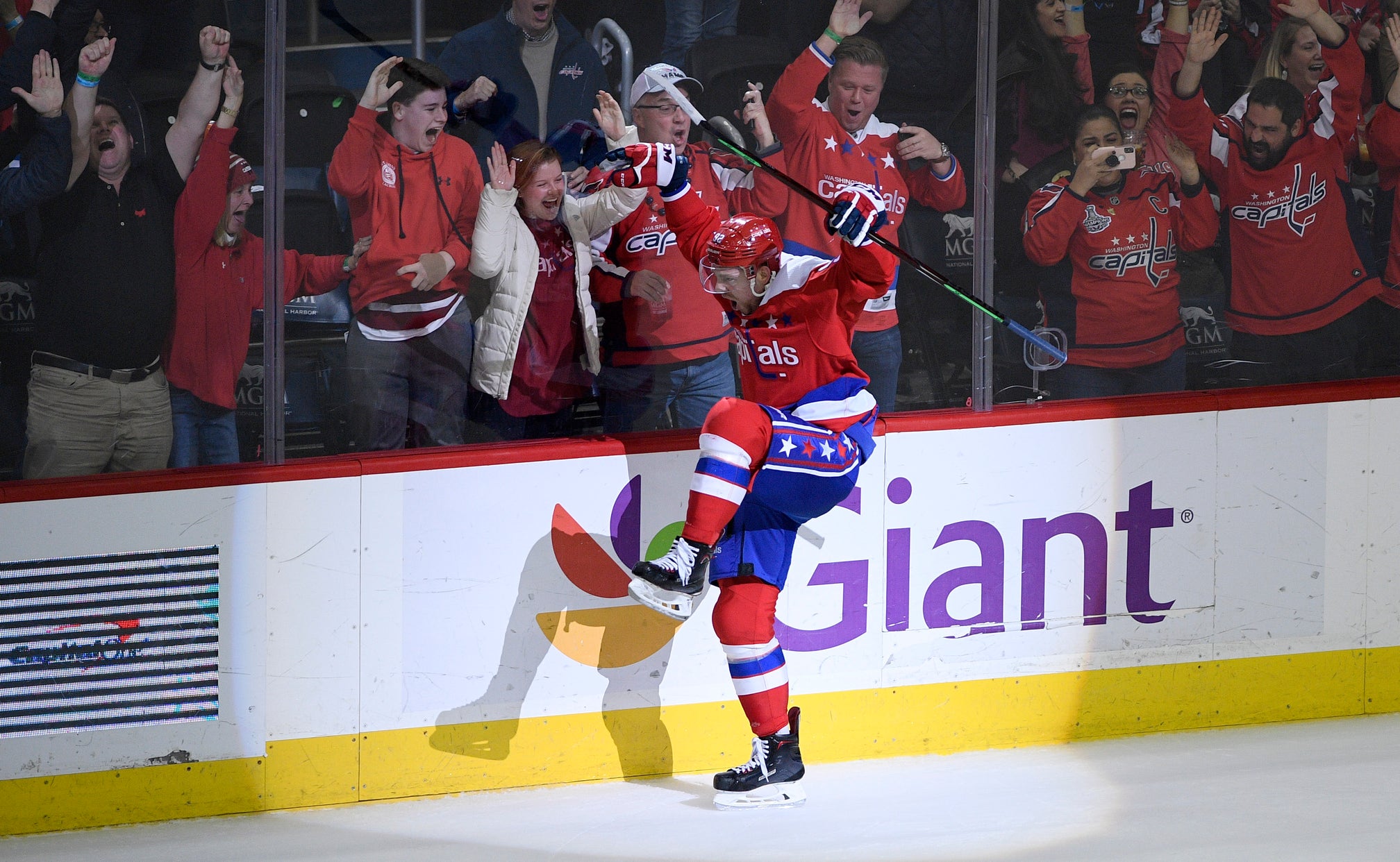 The Avalanche have lost 10 of their past 12 games and are the NHL's worst team since Dec. 7. Colorado is 5-15-4 in that time, going from tied for the most points in the Western Conference to out of a playoff position.

Semyon Varlamov stopped 38 shots, but gave up rebounds and loose pucks all night. Varlamov couldn't control power-play shots from former Capitals teammate and countryman Alex Ovechkin, allowing Kuznetsov to score his first goal on a tap-in and getting a break on an early whistle on what would have been a goal by Nicklas Backstrom. Kuznetsov beat Varlamov on a breakaway with 48 seconds left in overtime to end it.

In the third period, Matt Niskanen scored on a shot from the boards. Varlamov has the second-worst save percentage since Dec. 7 — ahead of only teammate Philipp Grubauer.

Andre Burakovsky also scored for Washington. The defending Stanley Cup champion Capitals have won two in a row after losing eight of their previous nine.

Nathan MacKinnon, Mikko Rantanen and Colin Wilson scored for Colorado, with Wilson tying it with 2:07 left.

Alex DeBrincat scored twice before Toews ended it with his 24th goal to cap a flashy individual effort. Chicago's captain skated in from the blue line, slipped past Christopher Tanev with a quick move and snapped a shot past goalie Jacob Markstrom. Vancouver rookie Elias Pettersson scored a power-play goal with Markstrom pulled for an extra attacker to tie it with 1:52 left.

Brandon Saad also scored for Chicago, Dylan Strome had three assists, and Collin Delia made 40 saves. Patrick Kane had an assist to extend his points streak to 13 games.

Alex Biega and Josh Leivo added goals for the Canucks.

Tomas Hertl also scored twice, and Brent Burns added a goal, and Martin Jones made 36 saves. The Sharks have won four straight to move within two points of Calgary for the Pacific Division lead.

Mark Jankowski and TJ Brodie scored for Calgary. The Flames lost at home in regulation for the first time in nine games. Mike Smith took the loss after stopping 16 in relief after David Rittich was pulled in the first period.

After Calgary opened the scoring on Jankowski's goal at 4:36 of the first period, the Sharks scored on three straight shots in a 1:25 span. Kane tied it at 12:39 when he spun and sent a shot on net that dribbled through Rittich's pads. Rittich then raced to a loose puck, but fired it straight into Burns, who skated in by himself and slid it into the vacated net. That was the end of the night for Rittich after allowing two goals on six shots. It didn't start off any better for Smith, who was beaten by Hertl on a deflection 22 seconds after entering the game.

Captain Shea Weber, Phillip Danault and Jesperi Kotkaniemi also scored to help the Canadiens improve to 8-1-1 in their last 10 games. Carey Price made 32 saves for his seventh consecutive victory.

Danault also had three assists for a four-point game, and Kotkaniemi has scored in four consecutive games.

Montreal jumped ahead of Boston into third place in the Atlantic Division, one point behind Toronto.

Evgenii Dadonov and Colton Sceviour also scored for the Panthers, and Aleksander Barkov had two assists. Roberto Luongo made 29 saves to help Florida win for the seventh time in nine games.

Marcus Pettersson and Jared McCann scored for the Penguins.

NEWARK, N.J. (AP) — Josh Bailey scored in the fourth round of the shootout, Thomas Greiss made 30 saves and New York beat New Jersey to sweep the four-game season series.

Mathew Barzal scored in regulation to help New York win for the seventh time in 10 games (7-1-2).

Brock McGinn Greg McKegg, Justin Faulk and Nino Niederreiter also scored for Carolina. The Hurricanes are 12-4-1 in their past 17 games to jump from a tie for 15th in the East to sole possession of ninth.

Schenn skated in from the left wing boards and beat Andrei Vasilevskiy.

Juuse Saros made 27 saves to improve to 14-6-1, with wins in six of his last seven starts.

Viktor Arvidsson had a goal and an assist, and Craig Smith also scored for Nashville. Taylor Fedun and Miro Heiskanen scored for Dallas. The Stars had won a season-best five straight.

ST. PAUL, Minn. (AP) — Darnell Nurse gave reeling Edmonton an early boost by scoring 2:15 into the first period, and the Oilers stopped a six-game losing streak with a victory over Minnesota that sent the Wild to their fourth straight loss.

Ty Rattie, Leon Draisaitl and Zack Kassian also scored, Connor McDavid and Ryan Nugent-Hopkins each had two assists, and Cam Talbot made 35 saves for the Oilers/

Brady Tkachuk and Mark Stone also scored. The Ducks have lost six straight and are 2-14-4 since Dec. 17.

GLENDALE, Ariz. (AP) — Boone Jenner and Josh Anderson each had a goal and an assist, leading Columbus past Arizona.

Florida Panthers
share story
those were the latest stories
Want to see more?
View All Stories
Fox Sports™ and © 2021 Fox Media LLC and Fox Sports Interactive Media, LLC. All rights reserved. Use of this website (including any and all parts and components) constitutes your acceptance of these Terms of Use and Updated Privacy Policy. Advertising Choices. Do Not Sell my Personal Info