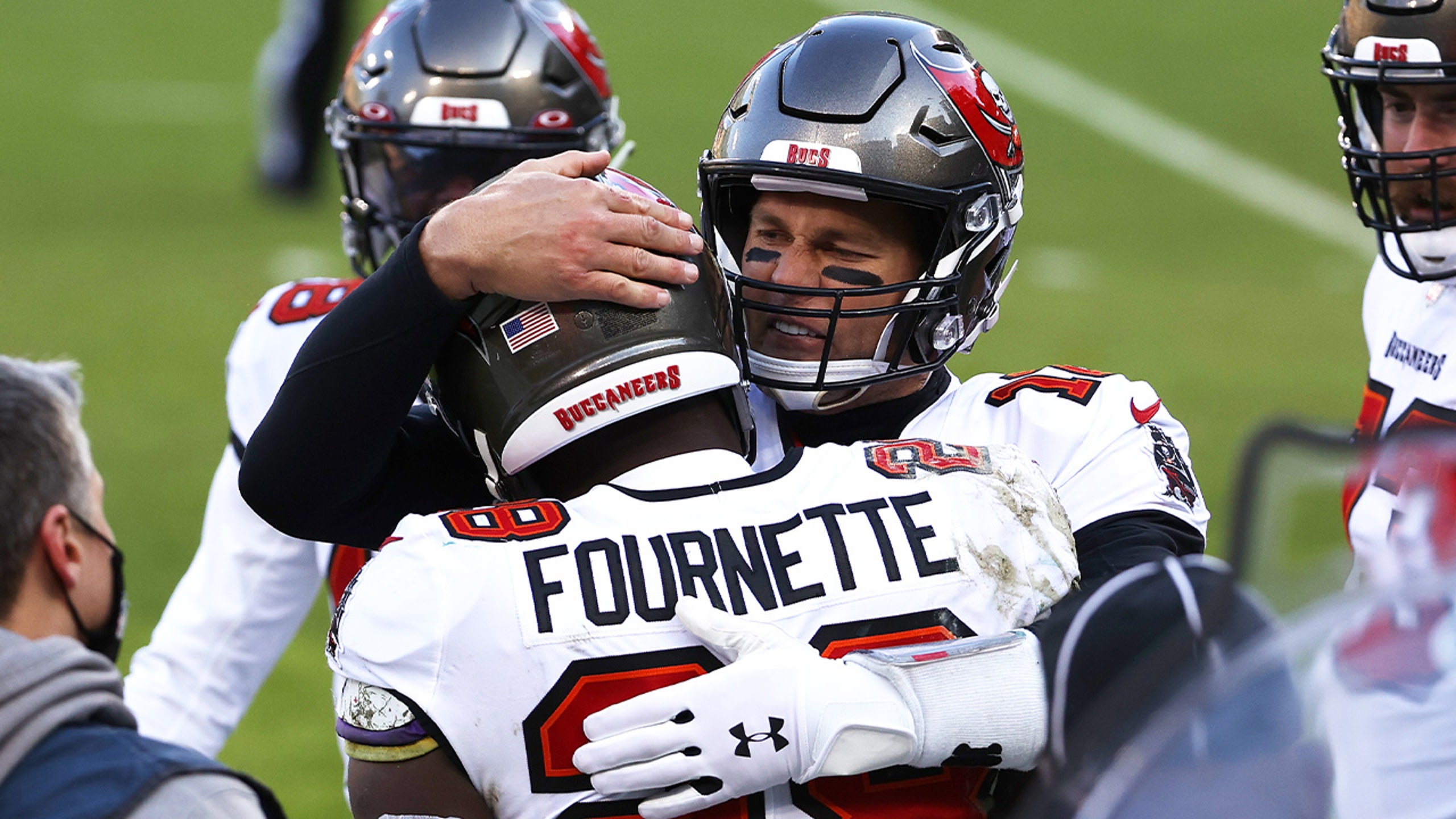 Super Bowl LV is set. It’s the GOAT against the Baby GOAT.

The Tampa Bay Buccaneers and Kansas City Chiefs (-3 in early lines at FOX Bet) will make for a fantastic contrast on Feb. 7 (6:30 p.m. ET, CBS). Here are my early thoughts on the three factors that will decide whether the Chiefs repeat or Brady wins his seventh title.

THE MATCHUP IN THE TRENCHES

For enthusiasts of the battles upfront, this game is for you.

There are two specific matchups worth watching. The first comes because of a significant injury for the Chiefs in their AFC Championship victory over Buffalo on Sunday night. K.C. left tackle Eric Fisher appeared to tear his Achilles, which will keep him out for the Super Bowl. If that is indeed the case, the Chiefs will be without four starting offensive linemen against the Bucs. More specifically, they will be without both tackles against the Bucs' outstanding pass rush.

We saw this formula in the Super Bowl last season. The 49ers battered Mahomes all game but weren’t able to finish the job on offense. The Bucs' stellar duo at defensive end, Jason Pierre-Paul and Shaq Barrett, must hit Mahomes often. If they don’t, Mahomes will lead this Chiefs offense to 30-plus points, and it will be difficult for the Bucs to keep up. The Bucs have scored seven touchdowns off turnovers in these playoffs, and without those opponent miscues, they’ve struggled to move the ball. Hitting Mahomes to force turnovers will be their path to victory.

The Bucs' offensive line never got the shine it deserved this season because all the focus was on Brady. Plus, this unit played poorly on national TV against the Bears. Nonetheless, Tampa Bay's line has three All-Pro-caliber players in left guard Ali Marpet, center Ryan Jensen and rookie right tackle Tristan Wirfs.

However, the Bucs' weak spot is at right guard, where Alex Cappa is out because of an ankle injury. Cappa's backup, Aaron Stinnie, has been exploited since Cappa broke his ankle in the wild-card round.

The Chiefs have an outstanding pass-rushing defensive tackle in Chris Jones, who can wreck the game all by himself. The Bucs will need to devout attention to helping Stinnie inside.

Fortune favors the bold, and coaches who have some chutzpah end up on the winning side more often than not. Just look at Sunday. The Bucs sent the punt team out on fourth-and-4 with 13 seconds left in the first half. Arians then called timeout and decided to send the offense back on the field. The Bucs converted on fourth down and used a timeout. Then Brady hit Scotty Miller for a stunning touchdown to finish the half and break open a 14-10 game.

Yes, the Packers played awful defense, but the Bucs took advantage by being aggressive. On the flip side, Packers coach Matt LaFleur decided to kick a field goal when he was down eight with just over two minutes left instead of attempting to score on fourth-and-goal. The Bucs ended the game a few plays later, with the Packers unable to stop the Bucs' offense. Brutal conservative coaching.

In the AFC title game, Bills coach Sean McDermott must have had kicker Tyler Bass in his fantasy lineup because there’s no other way to explain why McDermott decided to kick field goals in multiple situations that clearly called for him to be aggressive.

Kicking field goals against the Chiefs does not win the game. Ever. The Chiefs have scored fewer than 31 points only once in the playoffs with Mahomes, and that was in last week's game, when he was hurt in the second half.

For the Bucs to keep this game close, Arians must stay aggressive the entire game. There’s no excuse to punt or kick field goals unless it’s a must. Also, Bruce, can we please stop running the ball so much on first down? Thank you.

Bowles has done a fantastic job with the Bucs' defense this season. His unit has excelled at stopping the run and getting after the passer. I discussed above how the pass rush can win the game for the Bucs, but more than that, Bowles will have to design the game plan of his lifetime.

In these teams' first matchup this season, Tampa Bay attempted to play single-high man coverage to start the game. After the first quarter, the Chiefs had 17 points, and Tyreek Hill had more than 200 yards receiving — yes, in a single quarter.

However, in the final three quarters, Tampa Bay allowed only 10 points, forced turnovers and made life more difficult for Mahomes, who missed a wide-open Mecole Hardman for a game-sealing touchdown. Bowles decided to sit in two high, which gives his defense a better chance to slow down the Chiefs.

Bowles will need to come up with something special because Reid and Mahomes are locked in, and they consistently score points after a bye week in the playoffs.

EARLY THOUGHTS ON THE LINE

I’m not going to overthink this. Take the Chiefs and give the three points, and do not think twice about it. Tampa Bay needs to continue to have turnover luck, pressure Mahomes, keep Brady upright, make no mistakes, stay aggressive and play excellent on special teams to win this game.

As the Chiefs showed against Buffalo, when they play their A-game, no team in the world is keeping the game close, let alone beating them.