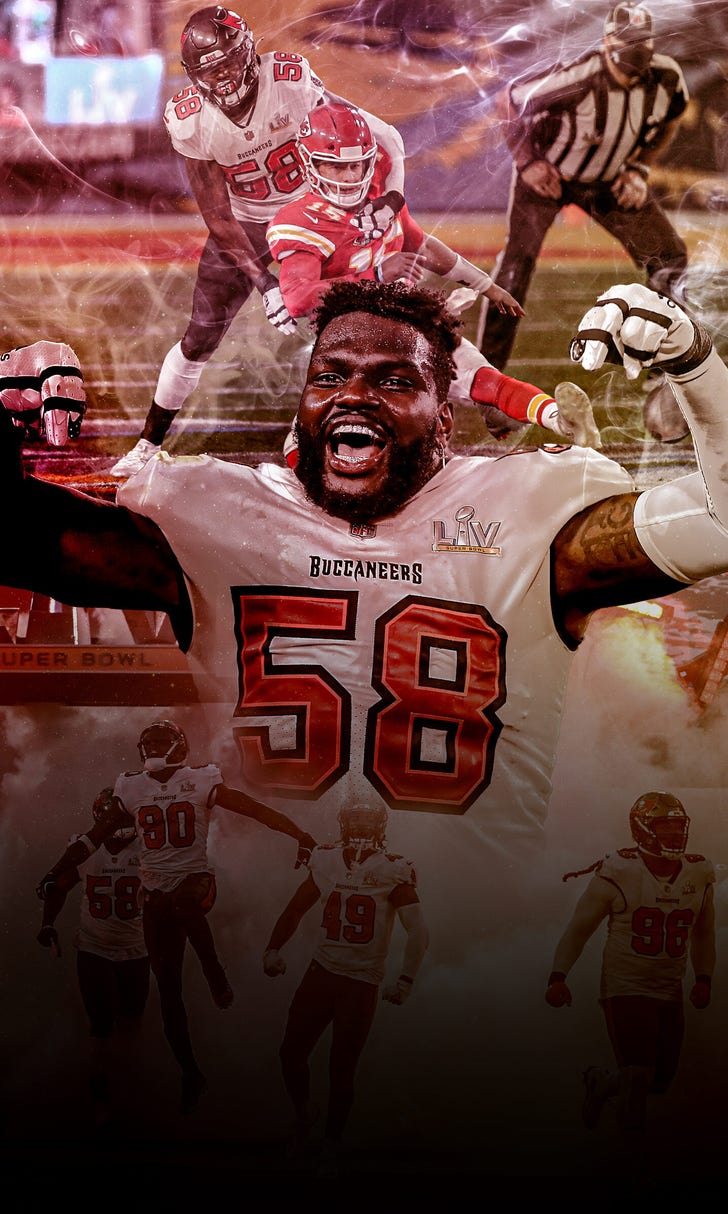 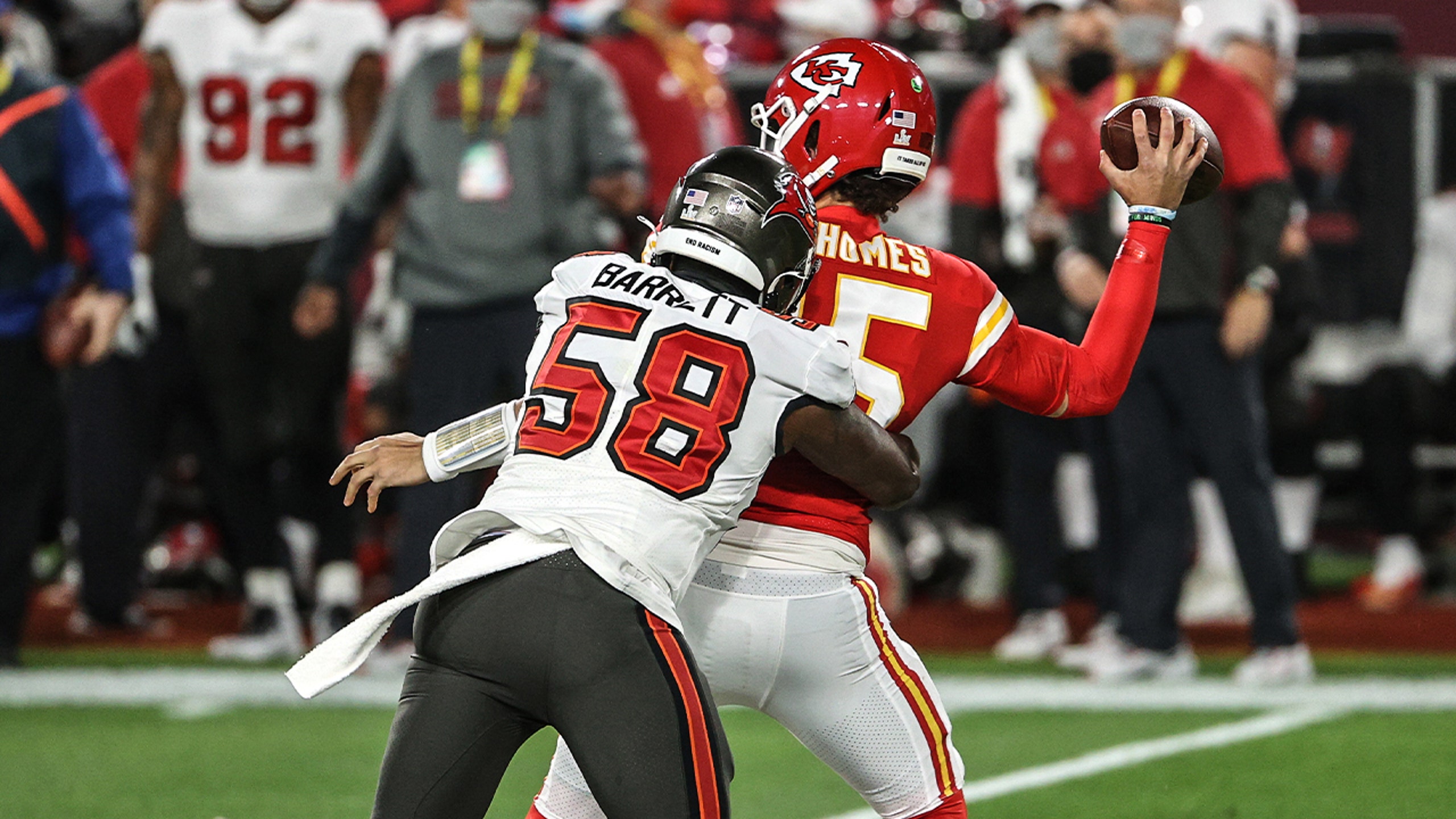 It's been a few days since the Tampa Bay Buccaneers' convincing 31-9 win over the Kansas City Chiefs in Super Bowl LV, and now, Shaq Barrett can finally come clean.

"From film study, I knew the Chiefs couldn't block us."

Barrett is the superstar outside linebacker for the Bucs, and one of the main reasons that Chiefs quarterback Patrick Mahomes spent the better part of this past Sunday running for his life with the Lombardi Trophy on the line.

And one day after Tampa Bay's memorable boat parade, Barrett joined Nick Wright, Brandon Marshall and the "First Things First" crew to discuss his second championship, the ensuing parade, and just how confident he and his teammates were coming into the Super Bowl.

Barrett was magnificent on Sunday, constantly hounding Mahomes and finishing the day with a sack, a tackle for loss and four quarterback hits.

That performance came one week after he recorded three sacks, two tackles for loss and four quarterback hits against Aaron Rodgers and the Green Bay Packers in the NFC Championship.

But on Thursday, Barrett gave a majority of the credit for the Bucs' defensive success to defensive coordinator Todd Bowles.

"Coach Bowles is the guru behind all of it, man. Since Day 1, he knew exactly what was going on with the defense and how to make us improve. We just had to do it. ... He always put us in the right position at the right time. ... I'm happy that he's still gonna be with us for the foreseeable future."

While longtime Chiefs fan Wright wasn't interested in talking about the game, he did ask Barrett to elaborate on the defensive side of the ball, and posited this question to the two-time Super Bowl champion, who won his first ring with the Denver Broncos in Super Bowl 50: Which defense was better, that Broncos defense or this Buccaneers D?

Barrett said the Buccaneers for one simple reason: they shut down Mahomes.

"I don't see nobody doing that to Mahomes. ... That performance was amazing. ... Ain't nobody see that coming.

"I knew the win was coming, but I didn't know no touchdowns and nine points was gonna be the end result."

Wright then asked Barrett to elaborate on the pressure that the Bucs were able to get on Mahomes in the backfield, and at that point, Barrett just kept it real, even calling out Chiefs offensive lineman Andrew Wylie.

"From film study, I knew they couldn't block us. ... And then to have this extra motivation of it being the Super Bowl, and we know we can control the game if we get pressure on them, there was no way any of the guys up front were gonna be blocked. We wanted it too bad."

"And once No. 77 [Andrew Wylie] started talking, it was over for him right at that instant."

Check out Barrett's full discussion with the crew below: