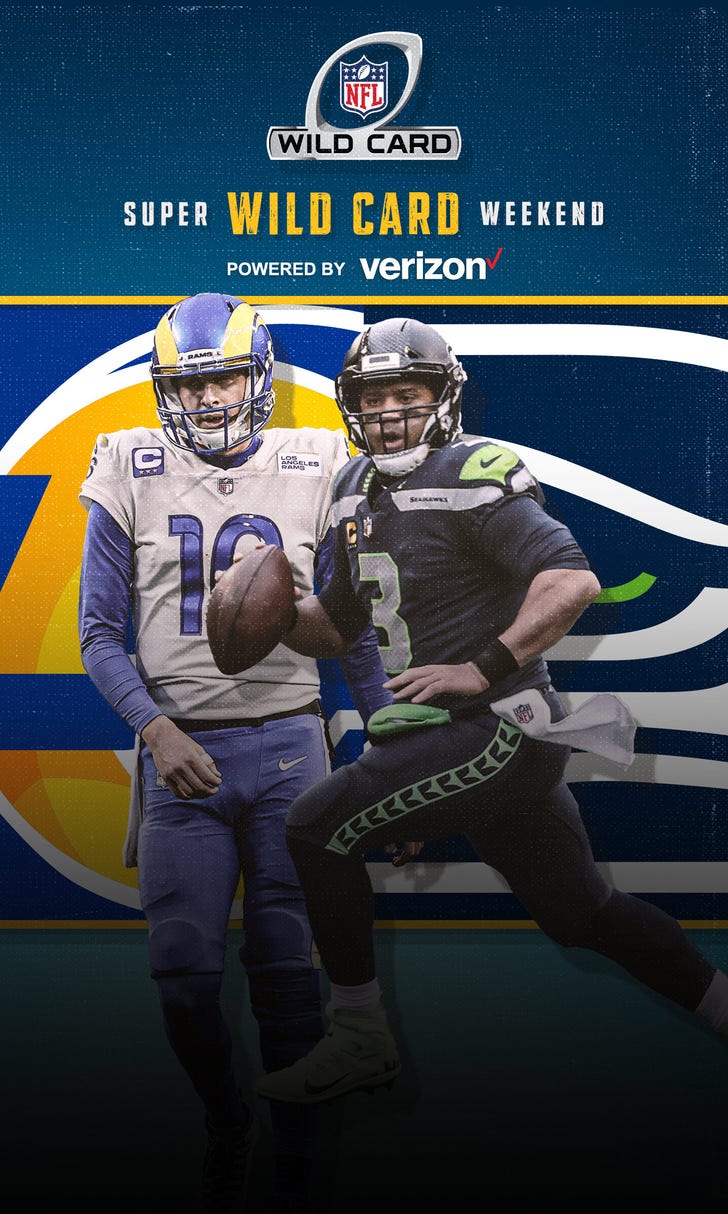 There was an NFC West rubber match held in Seattle during Wild Card Saturday, and it wasn't the hometown Seahawks who soared to a victory.

The Los Angeles Rams ran past the Seahawks, 30-20, to advance to the NFC Divisional Round, where they will await either the Green Bay Packers or the New Orleans Saints.

The Rams' top-rated defense did the majorty of the heavy lifting to carry them to the next round.

Here are the top takeaways from this NFC Wild Card matchup.

1. Goff to the rescue

It wasn't pretty, and it wasn't expected, but just two weeks after breaking the thumb on his throwing hand, Jared Goff stepped in to lead the Rams to a big road playoff win.

He completed only nine passes for less than 200 yards (155, to be exact) and a touchdown, but it was more than enough to get the job done in relief of the original starter, John Wolford, who was filling in for the injured Goff.

Wolford played the first two series of the game before sustaining a neck injury that forced him out of the game, and unfortunately, sent him to the hospital.

The performance wasn't one to write home about for Goff, but it was gritty, and when compared to that of Seahawks quarterback Russell Wilson, it was more than enough.

Wilson completed only 11 passes for 274 yards and two touchdowns, while also throwing an interception that was returned for a touchdown, thanks to an incredible play by Rams cornerback Darious Williams.

Since Wilson helped lead the Seahawks to a Super Bowl win back in 2013, Seattle is 5-6 in its last 11 postseason games, and 1-3 in their last four.

2. The status of Aaron Donald

A big part of why Wilson struggled so much in Saturday's Wild Card matchup was a big man in a Los Angeles uniform.

Aaron Donald was just recently named first team All-Pro for the sixth consecutive season, and his dominance was on display against the Seahawks, generating three quarterback hits and two sacks on Wilson.

But even with a huge road win against a divsion rival in-hand, the Rams might have to sweat it out during the coming week while awaiting to learn the status of their best player, as Donald left the game in the third quarter with an apparent rib injury and was not able to return to the game.

The Rams were able to take down one of the best quarterbacks in the NFL in Wilson, but they will need Donald if they plan to head into Green Bay and defeat Aaron Rodgers, or into New Orleans to beat Drew Brees.

Troy Aikman broke down the Rams' performance without Donald on the field.

The Rams didn't need much from Goff to win this game offensively, due in large part to the all-around brilliance of rookie running back Cam Akers in his playoff debut.

Akers wasn't just sensational by today's running back standards. He rushed into the Rams record books next to Hall of Famer Eric Dickerson.

The Rams defense has been the top-rated unit all season in the NFL, and if the offense can control the clock behind the play of Akers like it did on Saturday, Los Angeles will continue to be a tough out going forward in the playoffs.

The Most Significant QB Duel Of All Time?
Tom Brady & the Bucs take on Aaron Rodgers & the Packers in what could be the greatest NFL playoff QB duel we’ve ever seen.
15 hours ago

Colin's Blazin’ 5: Championship Sunday
Colin Cowherd is back with his favorite picks against the spread ahead of the NFL's championship weekend.
15 hours ago