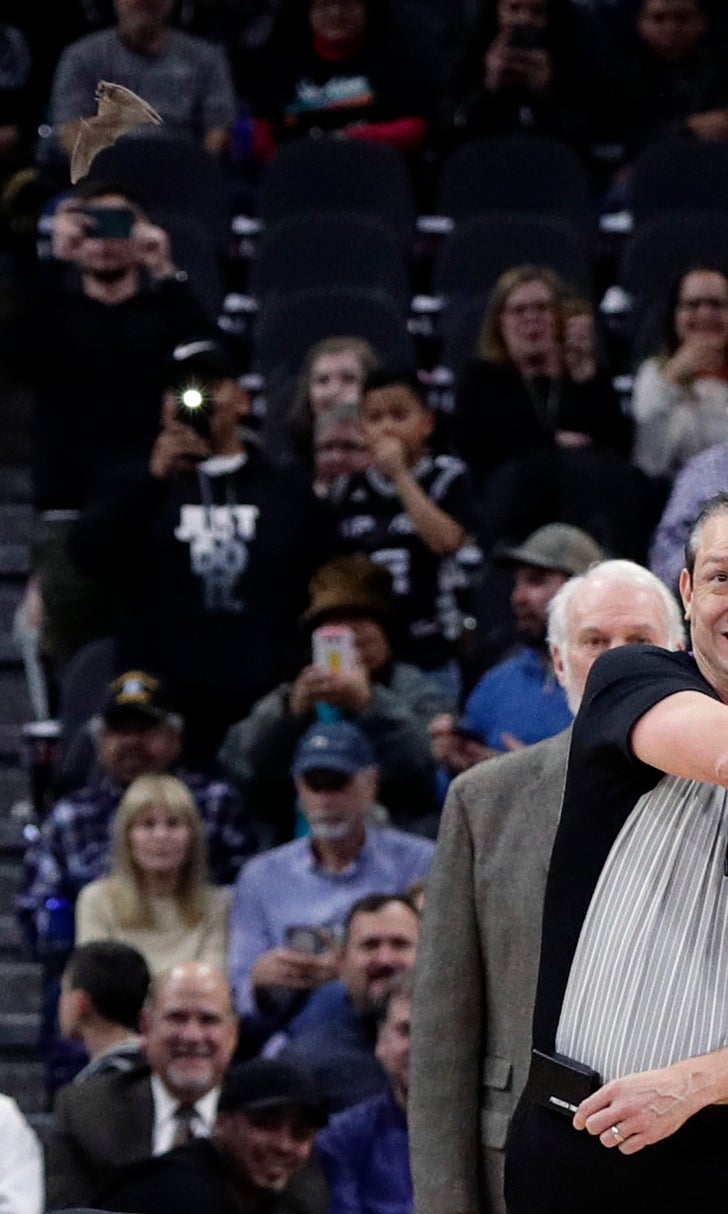 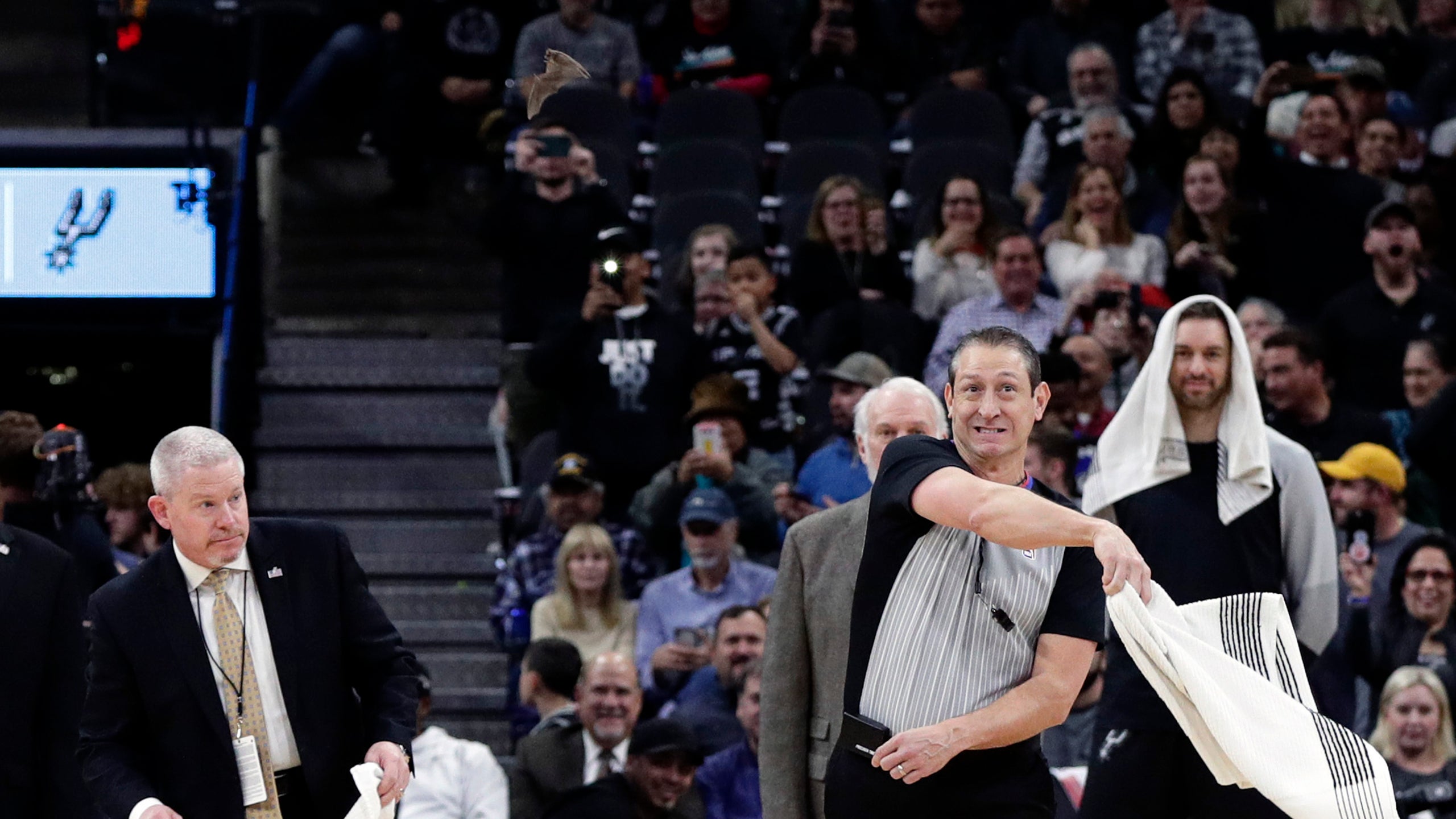 SAN ANTONIO (AP) — On another batty night in San Antonio, the Spurs mascot made the play of the game.

Sporting a Batman costume — cape and all — The Coyote rushed the court and trapped a live bat Saturday, the second time one of the winged intruders disrupted a Spurs home game this week.

The mascot dived to capture the bat with a fishing net near the scorer's table, getting big cheers from fans, players and Spurs coach Gregg Popovich. The Coyote ended a frantic few seconds with the courageous capture.

The bat interrupted the first quarter of a game Thursday night against the New Orleans Pelicans. The refs whistled for a timeout, Spurs player Rudy Gay bolted off the floor and hid behind an official, and LaMarcus Aldridge tried unsuccessfully to hit the bat with a basketball.

Seconds later, The Coyote bolted out from the opposite baseline, whiffed with one diving effort in front of a cackling Popovich, then pounced on the bat with his net. An arena worker covered the bat with a towel and took it off the court while the mascot celebrated near center court.

After three bats delayed a game Thursday night against Brooklyn, San Antonio had devised a game plan for another invasion. Prior to the game, officials set up lengthy netting to ensnare any bats that flew over the court. The Coyote made that all unnecessary.

Play resumed after a delay of about 90 seconds.