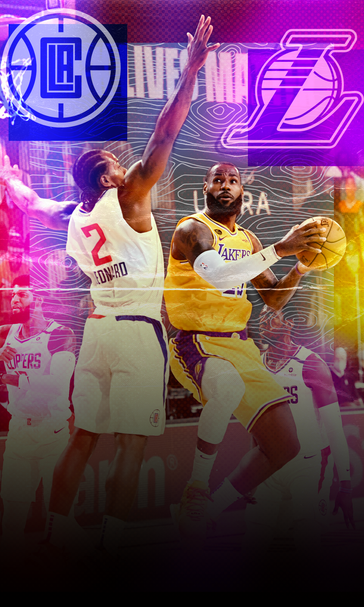 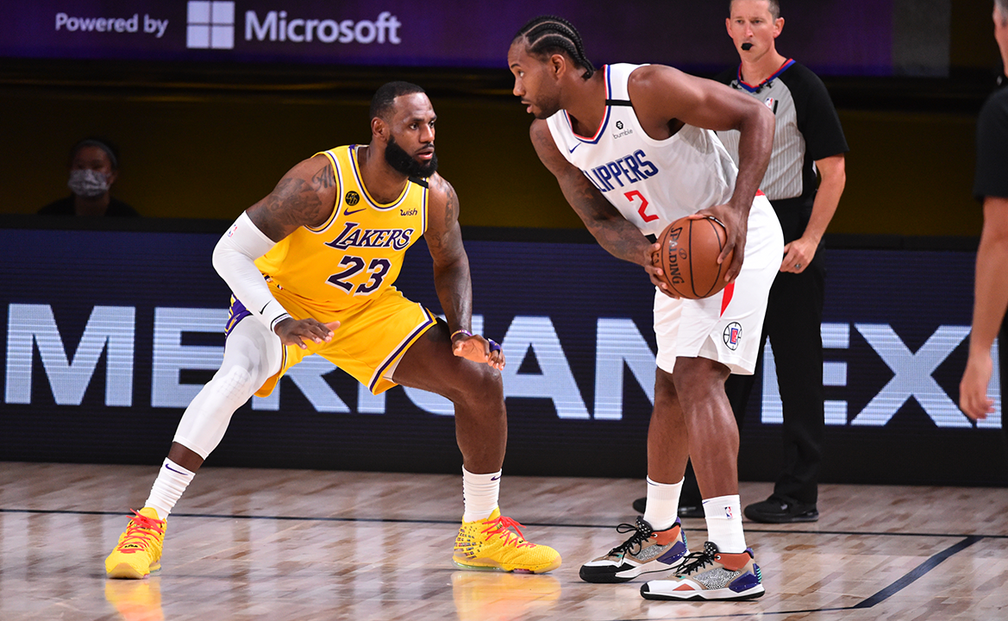 What We Learned From Lakers-Clippers

The fourth installment of the 'Battle of Los Angeles' went down on Thursday night and it followed the same exact template as the previous three matchups.

The Lakers and the Clippers found themselves in a nailbiter that once again went down to the final seconds, with the Lakers coming out victorious, 103-101, on the back of 34 points from Anthony Davis and a game winner from LeBron James.

Here are a few key takeaways from Thursday's heavyweight matchup:

The morning after Davis' big night, Shannon Sharpe is convinced that the Lakers big man is the difference maker when these two teams face off.

"Anthony Davis put us on his back in the third quarter and said, "Nah Clippers, I'm not going to let you run and hide." And then when you thought the Clippers were about to pull away in the third quarter, that's when Anthony Davis says, "You know what – this is why you trade three players [for me]. This is why you give up three first round draft picks."

The Clippers were down 37.3 bench points on Thursday night when neither Lou Williams nor Montrezl Harrell suited up against the Lakers.

At one point in the third, the Clippers went up 11, but they were unable to hold onto the lead for long, as the Lakers cut it to one going into the fourth quarter.

And while Skip Bayless was also impressed with Davis, he thinks The Brow's performance would have been all for nought had the Clippers' bench duo of Williams and Harrell been available to play, especially during that Clippers run.

"Paul George hit a couple of threes, Kawhi hit a three and kaboom, timeout – 14-1 run [for the Clippers], [Lakers] down 11 points and look to be in trouble ... There is no way they would have come from 11 down with those two coming off of the bench."

The Lakers struggled to dominate a Clippers team that was without two of its four double-digit scorers, and Stephen A. Smith saw it as a cause for concern moving forward.

However, the Clippers, for the second consecutive time, got 58 combined points from their superstar duo of Kahwi Leonard and Paul George, and lost to the Lakers.

Williams and Harrell both played in the last matchup between the two LA teams on March 8, a 112-103 road win for the Lakers.

4. The Lakers found their rhythm

When it comes to continuity and team chemistry, Colin Cowherd gives the Lakers an 'A' in that department.

"Their chemistry has been really good all year. LeBron and AD just work. It just works ... And when you juxtapose that against the Clippers last night, their chemistry was not good. They had more turnovers than assists."

The Clippers turned the ball over 20 times on Thursday, notching only 13 assists in the process.

The season series between these two teams is now tied at 2-2, with the Clippers holding a 4-point edge in total points scored. They will not face off again in the regular season.

But after last night, fans are certainly holding out hope for a 7-game playoff series between the two juggernauts.

Why The NBA Should Keep Its New Format
The NBA’s play-in formula was a perfect ending to the season, Martin Rogers writes. And it has a place moving forward.
1 hour ago

Bubble Report: LeBron Goes Full Florida
While the basketball has been great, Charlotte Wilder offers a reminder that the NBA's off-court fun is just as incredible.
12 hours ago

NBA 6-Pack: Let The Play-In Begin
After a wild day in the NBA, the play-in matchup is official. Here's what you need to know from Thursday in the Association.
13 hours ago

Westbrook To Miss Early Playoff Games
A quad injury will force Houston Rockets superstar guard Russell Westbrook to miss time in the playoffs.
1 day ago
those were the latest stories
Want to see more?
View All Stories
Fox Sports™ and © 2020 Fox Media LLC and Fox Sports Interactive Media, LLC. All rights reserved. Use of this website (including any and all parts and components) constitutes your acceptance of these Terms of Use and Updated Privacy Policy. Advertising Choices. Do Not Sell my Personal Info