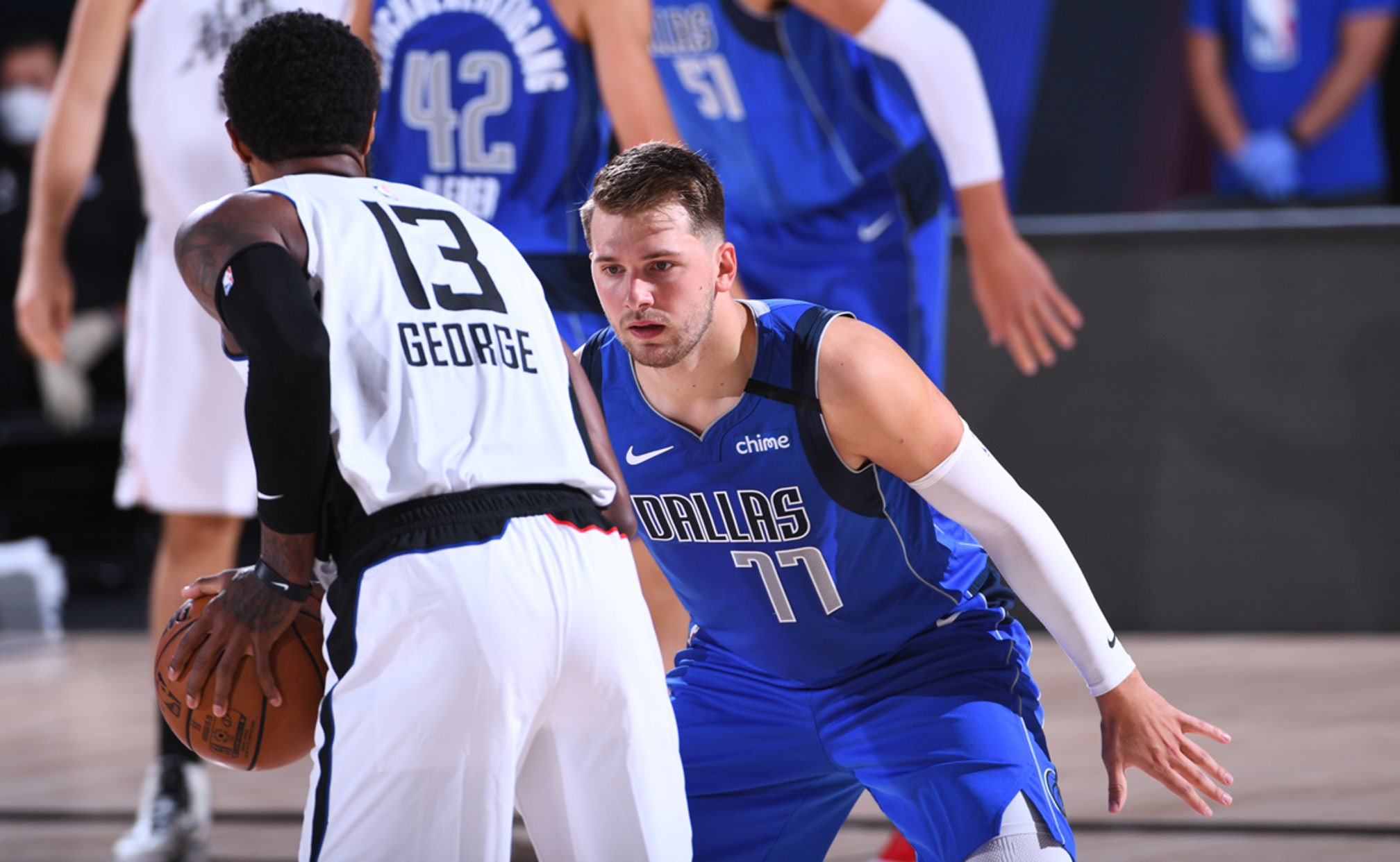 Have you ever done anything clutch? I don’t care how dumb it was — maybe you caught a glass your friend dropped right before it shattered or made that last out for your company’s softball team.

If so, you know that — to quote Luka Doncic — it’s “one of the best feelings in the world.”

Clutch plays are not personal victories. They’re dramatic saves for the greater good, in whatever silly or profound form that takes. And the Slovenian star’s buzzer beater on Sunday night over the Clippers was a visceral experience for NBA fans regardless of team affiliation.

If you are a Mavs fan, well, mazel tov. That shot made grown adults wearing the jersey of a 21-year-old jump up and down yelling, “Show this on a loop at my funeral!” to their small children, who have yet to grasp the concept of mortality.

Before Sunday, Doncic was 0-for-10 this season on potential game-tying or go-ahead baskets in the final minute of regulation or overtime. He hadn’t, however, yet been tested in the playoffs, when his team depended on him to even a series.

When it did, he delivered. Paul George, on the other hand, has not.

Look, I’m in no position to deride players who crumble under pressure. But I’m also not a superstar who only made three out of 14 shots in a playoff game. George hasn’t done himself any favors in the public opinion department, either. He’s the one who named himself “Playoff P” when talking about guarding Donovan Mitchell in 2018.

You can’t a) give yourself a nickname and b) be surprised when people adopt it sarcastically because you repeatedly have not lived up to it.

Like nicknames, the right to trash talk has to be earned, yet George goes right ahead. This weekend, he threw shade at James Harden and his reputation for not playing defense. Instead of accepting responsibility for his own playing in the bubble, George said:

“I'm no James Harden. That’s not my knack. To just shoot the ball, score the ball. I can and I pride myself on being effective on both ends. But there's going to be nights like this where I just can't make a shot, and I can't allow that to affect my game.”

George changed his tune a bit on Sunday after making one of seven three-point attempts.

“If I make shots, this series could be a little different,” he told reporters.

At this point, it seems like George’s baggage is the biggest reason he can’t.

Doncic, however, is coming into these playoffs with a clean slate. First of all, he’s only 21 (to George’s 30). His career and his story are just beginning. Massive expectations rest on his shoulders, but he isn’t also weighed down by a history of failing to meet them.

On Sunday, Luka played with the bar set about as low as it could be: without Kristaps Porzingis and on a sprained ankle. The circumstances made his display of greatness that much more impressive, almost mindblowing.

But perhaps the circumstances also made Luka’s performance psychologically possible. George’s have only made his playing worse.

George is an unfortunate example of what happens when expectations are repeatedly high and repeatedly missed. The more entrenched a narrative gets, the harder it is to change. It matters how a story starts — Luka could miss his next five buzzer-beaters and be the Kid Who Made It. PG could hit the next five and it wouldn’t move the needle on his reputation.

Because being clutch is a self-fulfilling prophecy. If Luka keeps coming through this early in his career, he’ll be more likely to in the future.

PG, meanwhile, is looking for a miracle to break the cycle at this point. We might give him a hard time for the nickname, but it could’ve been a sad attempt to change his story. To speak his desired outcomes into existence.

If so, it isn’t working, and watching Doncic soar while George drowns on the same court as the same time is a strange dichotomy. One is thrilling, the other pathetic.