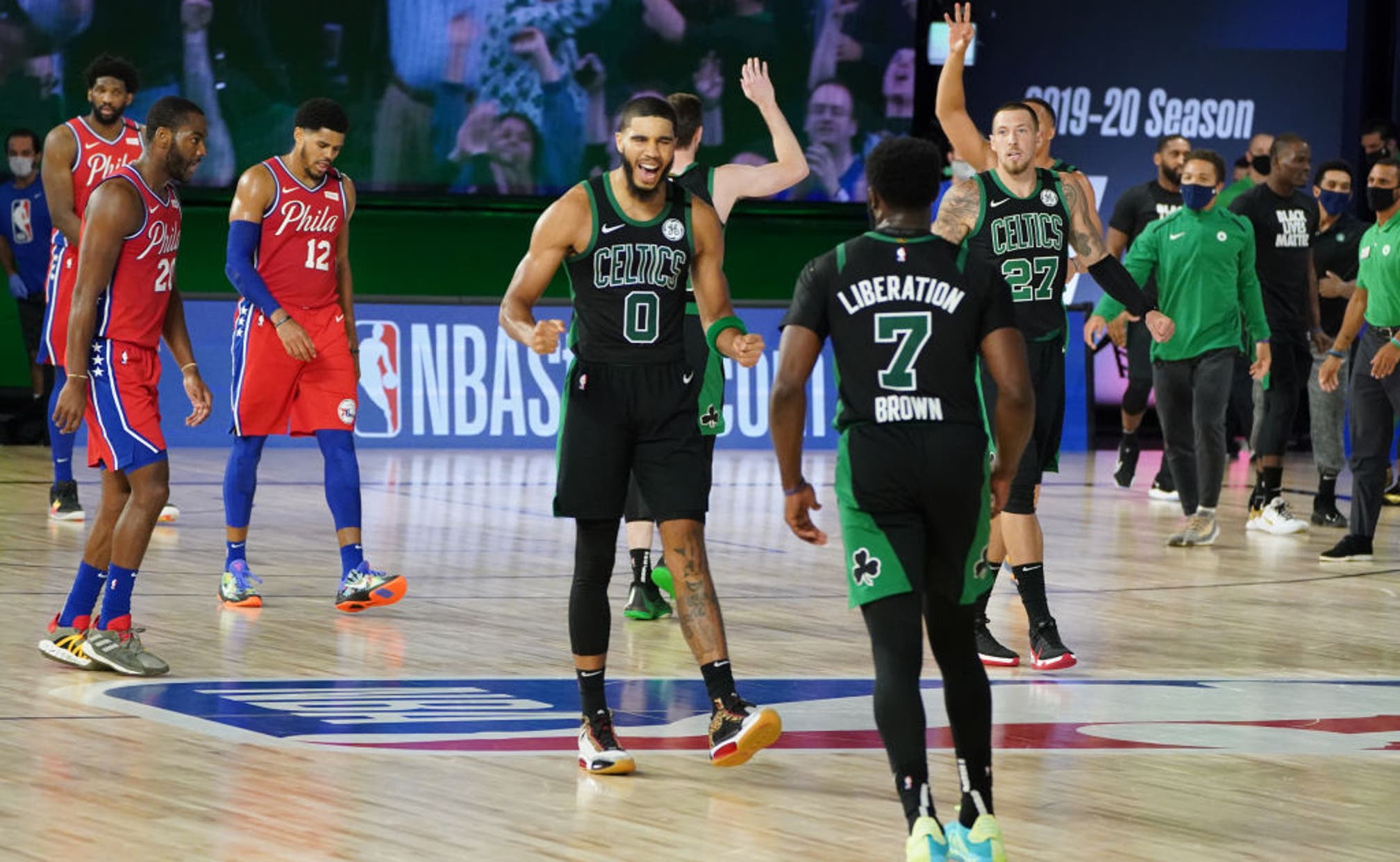 Unfortunately, due to the COVID-19 pandemic, there was no March Madness to conclude the 2019-2020 college basketball season.

But that doesn't mean some of the country's premier programs can't still get shine in during the NBA's postseason.

NBA play in the Orlando bubble has somewhat reminded us of an old-fashioned basketball tournament, and with that, FOX College Hoops' Titus & Tate had a genius idea like only they do: which college programs do the NBA playoff squads remind us of?

Let's take a closer look at why Titus & Tate aligned each college program with a specific NBA franchise:

"The prototypical Kansas season is they're 31-3 entering the tournament. There are a 1-seed and they won the Big 12 and they won the Big 12 tournament. And now we're gonna see what round are they going to choke in. Is it going to be the second round or are they're going to go to the Final Four and lose? And that is how I feel about the Clippers. They are by the book The Best Team. But there are questions about whether that matters.” – Mark Titus

“It's a team that, like everyone – all the stat nerds, all the people that really dive into the NBA – get super excited about it. They point to Jokic and they say that there's no one in the league like that guy ... That's kind of Gonzaga. They have all the European guys as well. Over in Spokane, they play like a certain style basketball. They play great offense, it's fun to watch. It's the 'right way.'" – Mark Titus

"The two programs I was in between was Arizona State and UCLA, obviously because of Russell Westbrook and James Harden. And then I put those together and the algorithm came out and said, 'You are Arizona, coached by Sean Miller, which means you're going to get to a place that everyone thinks you're supposed to be and you have the talent." – Tate Frazier

"I'm going to go with the Wake Forest Demon Deacons for the Thunder because one, Chris Paul. I think he is the quintessential Wake Forest point guard in my mind. And I feel like when you look at the Thunder roster and you look at all those guys that are on this team, it's sort of like Wake Forest. When you look back at the '09 team, you see like Jeff Teague, Al Farouq Aminu, James Johnson, and you look at this Thunder roster, you're like Darrius Bazely, Shai Gilgeous- Alexander, Chris Paul." – Tate Frazier

"They have good seasons, then they have bad seasons. They're kind of all over the place. Are the Utah Jazz one of the top 10 to 12 NBA franchises? I don't know. I just don't know. And that's that's how I feel about Baylor. Some days I'm feeling like Scott Drew is one of the best coaches in college basketball. Other days I'm like, get this guy out of my face." – Mark Titus

“I think Luka is Obi Toppin. Dayton this year was the team that if you want to watch a college basketball game, you don't care who wins, you just want to be entertained – just put on the Dayton game and you're going to be entertained." – Mark Titus 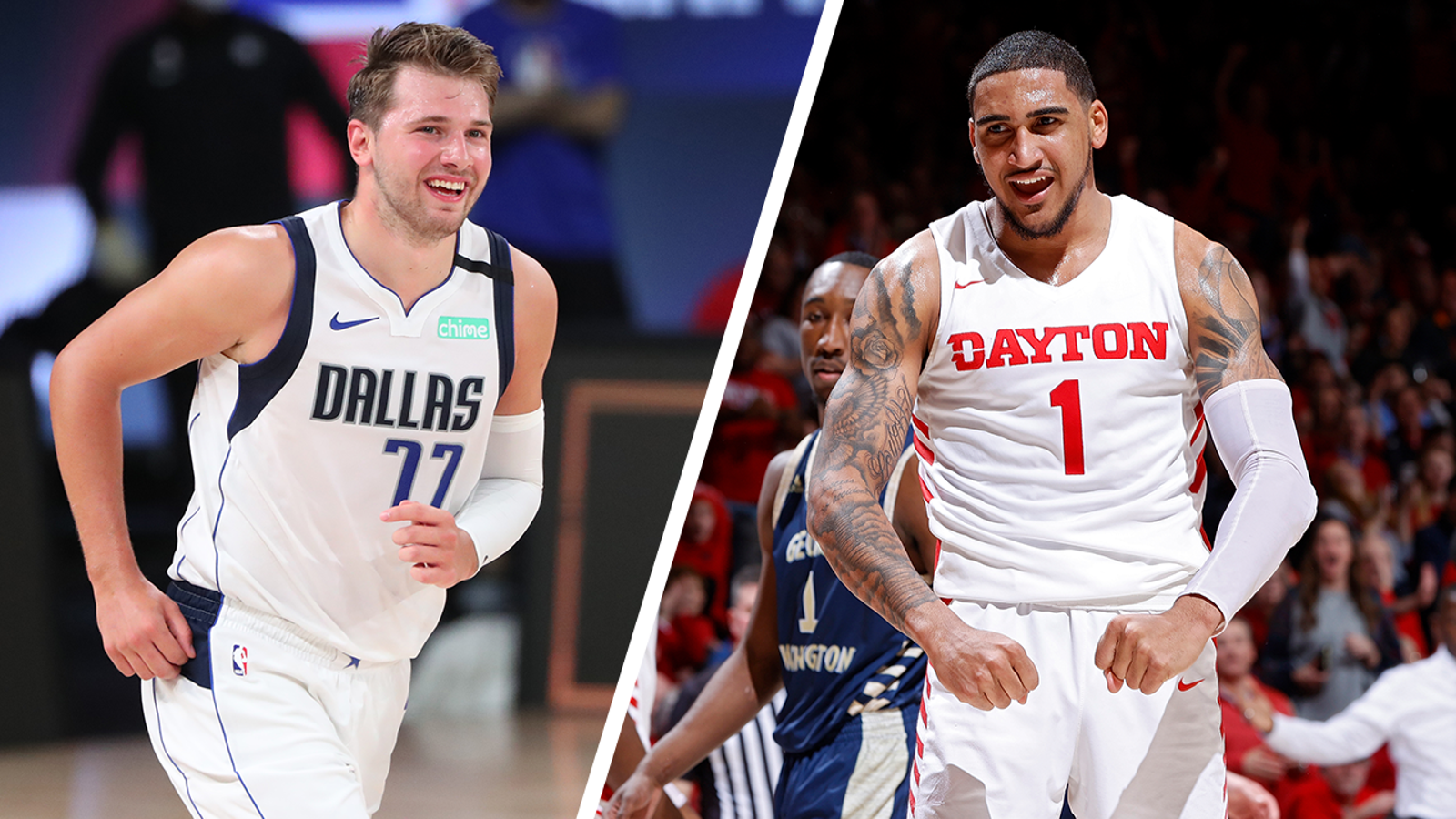 "Are we in agreement on this? Damian Lillard is the Kemba Walker? No brainer. This is. Yeah. This is great. C.J. McCollum is like Jeremy Lamb or he's like, 'Hey, I'm pretty good, too. Don't forget about me.' And we’re like, 'Shut up, Jeremy Lamb. Get out of the way.'" – Mark Titus

"Chris Beard is Giannis, basically, and he's the new hot thing that everybody wants to be with. They play great defense, but they still haven't, like got over the hump and won. Obviously, Texas Tech went to the last national title game we saw they did lose in overtime to Virginia. They almost had it, but they haven't got over the hump. They haven't actually won it yet. But everyone's like just give it a little time if they can keep what they got going. Right now. It's just a matter of time 'til they break through. That's my pick. Texas Tech.” – Mark Titus

“Masai Ujiri is the golden boy of the NBA. Everyone points to Masai and the culture that he created with the Raptors and the fact that he brought a title to, you know, Toronto. And obviously he had his time in Denver and he kind of like, you know, worked his way up to the top and created this universe in Toronto where people want to go there and play, sort of like what Tony Bennett did." – Tate Frazier 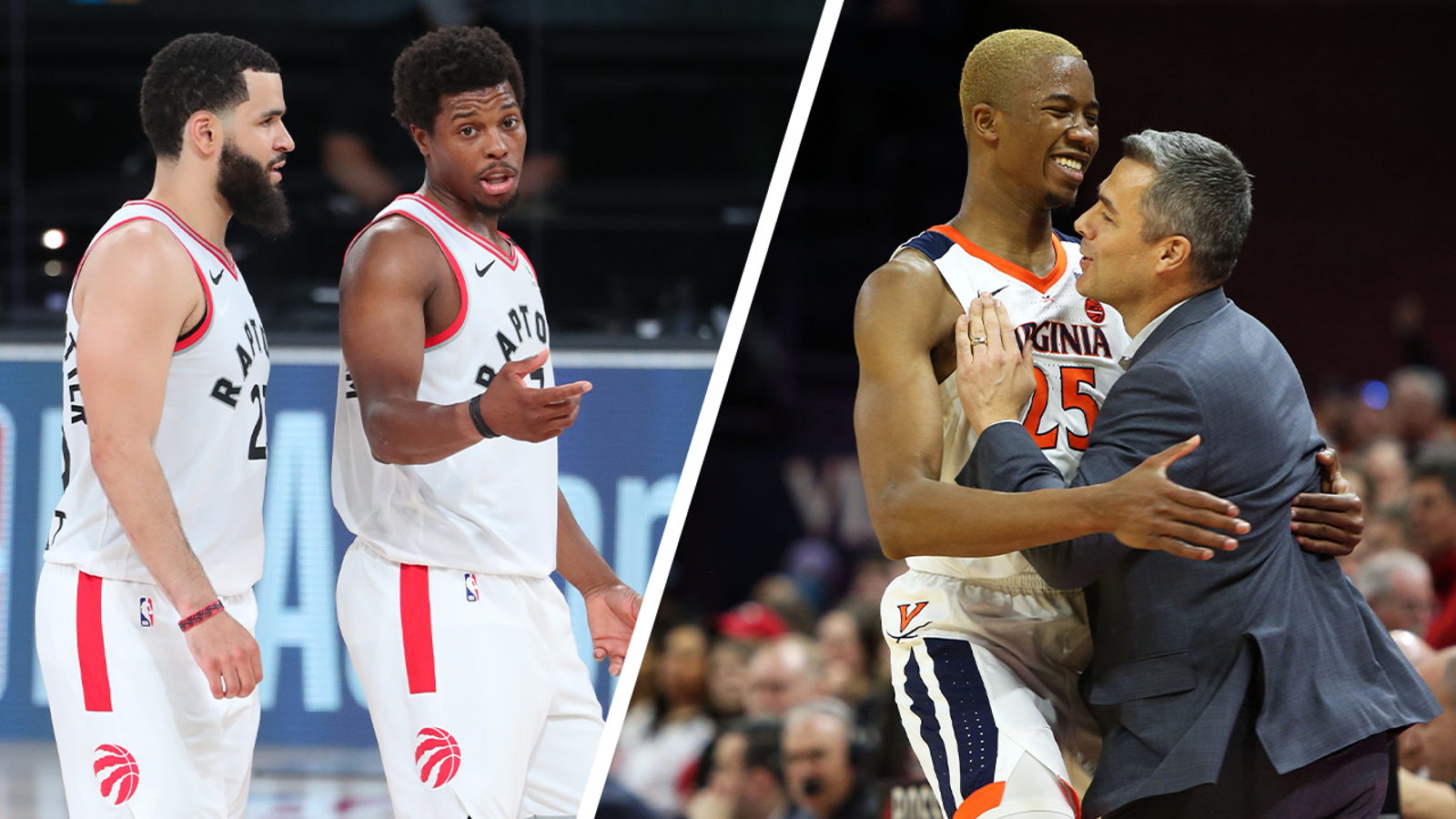 "When I watch the Celtics, that the whole team is basically A-, B+ players. That's like across the board. I feel like they're absolutely loaded, much the same way as Carolina." – Mark Titus

"The reason I had Marquette is because of Jimmy Buckets himself, obviously being Mr. Marquette. I like the idea of Marquette being a contender, but not actually a contender. Everyone keeps saying the Miami Heat can be a real contender as Jimmy's team. They're not really a contender, in my opinion." – Tate Frazier

"I feel like it's a very similar thing where it's like, let's just try to piece this thing together. Let's throw out the five stars. Let's be West Coast. Let's use our history to our advantage. And then somehow, it doesn't work at all. And people tend to forget what the history even is." – Tate Frazier

"I picked Iowa State because the Brooklyn Nets, as they are currently constructed, just seemed like a school full of transfers. Iowa State has had plenty in the last 10 years, I looked this up – the past 10 years, they've had 25 transfers come to Iowa State." – Mark Titus

"There's a guy down there that's really rangy and a great scorer, but you don't really know who it is. But you look at their roster and there's like 15 guys that could be that. So you're kind of like, is it Jonathan Simmons this year? Like who? Who is that guy? Is it Terrence Ross? I don't know. But that's sort of like Memphis, where without James Wiseman, I would watch their games and it was like I don't know who the best player is. I don't know who their starting five is, but I'm glad Penny's here. And also, when I think of the Magic, I still think of Penny. So I’m just like alright – Magic. Penny." – Tate Frazier