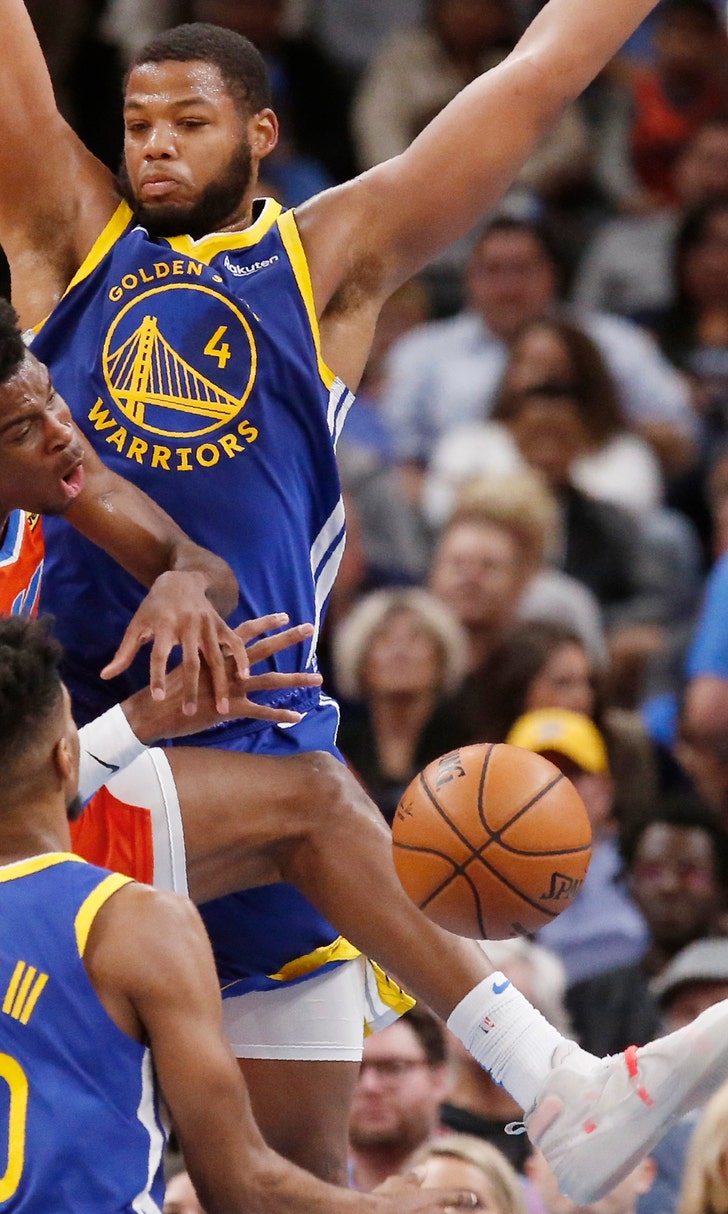 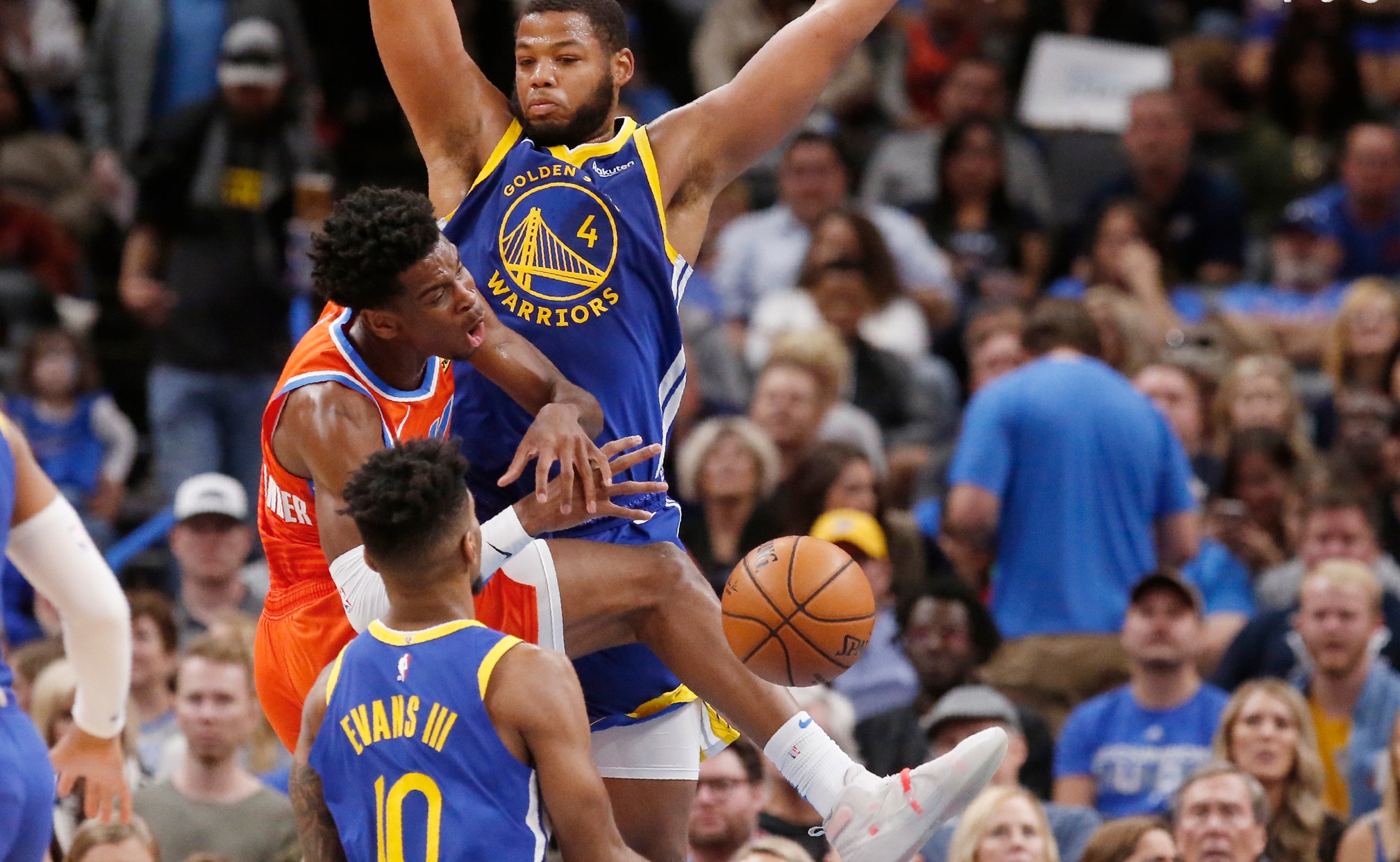 The blowout matched Oklahoma City's largest margin of victory over the Warriors since the franchise moved from Seattle before the 2008-09 season.

Danilo Gallinari added 21 points and Shai Gilgeous-Alexander had 19 points and nine rebounds for the Thunder. They opened the season with losses to Utah and Washington.

Stephen Curry scored 23 points for the Warriors, making 7 of 18 shots while his teammates made just 23 of 74. Golden State was coming off a season-opening home loss to the Los Angeles Clippers.

LeBron James had 20 points, 12 assists and six rebounds. The Lakers took control of their second straight victory with an 18-2 rally starting late in the third quarter.

DALLAS (AP) — Damian Lillard made a twisting layup with 26 seconds remaining and scored 26 of his 28 points in the second half in Portland's Dallas victory over Dallas.

Lillard's basket gave the Blazers a 120-119 lead. Dallas' Luka Doncic then missed a 3-point attempt and Portland won a challenge of a call that would have sent the Mavericks' Dorian Finney-Smith to the foul line.

Instead, there was a jump ball. The Blazers' Kent Bazemore got the ball and was fouled. He made the first of two free throws. Doncic rebounded and passed to Tim Hardaway, whose shot from about midcourt rattled off the front of the rim a time expired.

MEMPHIS, Tenn. (AP) — Jae Crowder hit a 3-pointer from the top of the key as time expired in overtime, lifting Memphis past Brooklyn for its first victory of the season.

Rookie Ja Morant led the Grizzlies with 30 points and had his ninth assist on Crowder's winning basket. Morant also blocked Kyrie Irving's shot at the end of regulation to keep the score tied at 120-all.

Kendrick Nunn had 25 points for Miami.