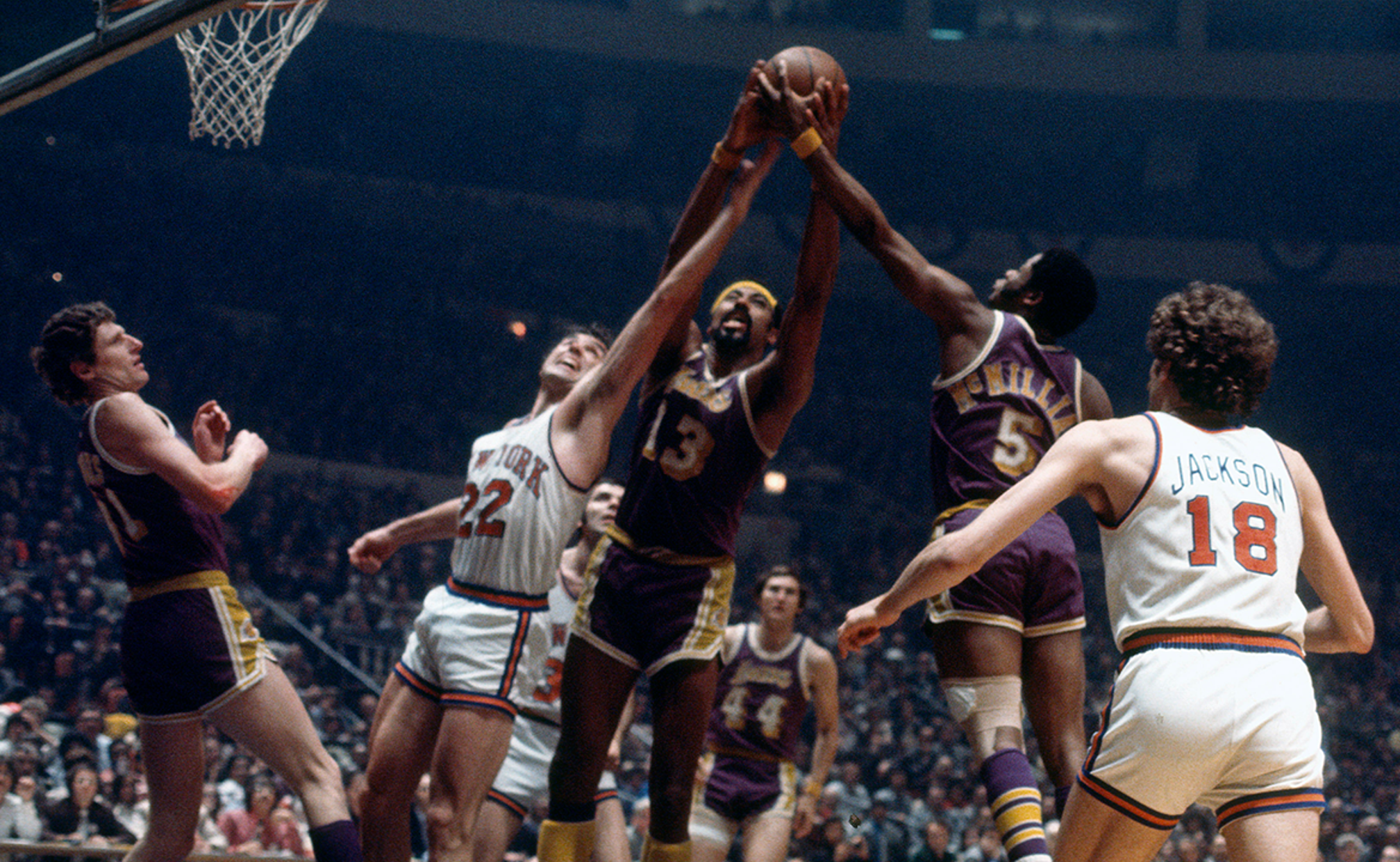 In debates centered around the greatest NBA player of all-time, you'll likely hear the name Michael Jordan, or LeBron James, or maybe even Kobe Bryant.

But FOX Sports NBA analyst Chris Broussard wants to make sure that one Hall of Famer gets his just due: the legendary Wilt Chamberlain

In another edition of his You Kids Don't Know series, Broussard lists the reasons why Chamberlain's name should come up in these conversations, beginning with why he Chamberlain was so unique.

Broussard also detailed how Chamberlain has basically taken complete ownership of the NBA record book, claiming it as his own.

"I call the NBA record book, 'The Biography of Wilt Chamberlain.' He holds 72 NBA records, 68 of them by himself. I say this with absolute certainty: no player will ever come close to putting up the type of numbers that Wilt Chamberlain did."

"Here's why he was so great: his athleticism. At 7'1" 275 pounds, Wilt Chamberlain was an athlete unlike anything we have ever seen and he is still arguably the greatest athlete the NBA has ever had. He ran track and field in high school, and while at the University of Kansas, he competed in the triple jump, the high jump, and the shot put.

"And according to his buddy Arnold Schwarzenegger, Wilt Chamberlain was one of the strongest men that he had ever met."

And Broussard is also here to dispell the myth that Chamberlain played in a weak era against subpar competition.

"The NBA wasn't even close to what it is today, but that doesn't mean there weren't plenty of 7-footers – athletic 7-footers – for Wilt to play against. In fact, for most of Wilt's career, there were between 8-12 teams in the enitre league and nearly all of them had a 7-foot center. That means that practically every night Wilt Chamberlain was going against a Hall of Fame center, guys like Bill Russell, Willis Reed, Nate Thurmond, and Zelmo Beaty."

Chamberlain dominated those fellow Hall of Fame big men to the point of being one of the most prolific scorers in NBA history.

"Wilt has the four highest individual scoring seasons ever, and five of the top six. One year he averaged 50.4 points per game, another year, 44.8 points a game. Wilt has 10 more 60 points games than Michael Jordan, Kobe Bryant, James Harden, Elgin Baylor, and Damian Lillard combined. Wilt still has the all-time rebounding record, and he has two seasons where he grabbed 2,000 or more rebounds."

Chamberlain ranks second in NBA history in points per game with 30.07 and first all-time in rebounds per game at 22.89.

That type of dominance is how Chamberlain completely changed the game – literarlly.

"Now you kids know how great Wilt Chamberlain was."