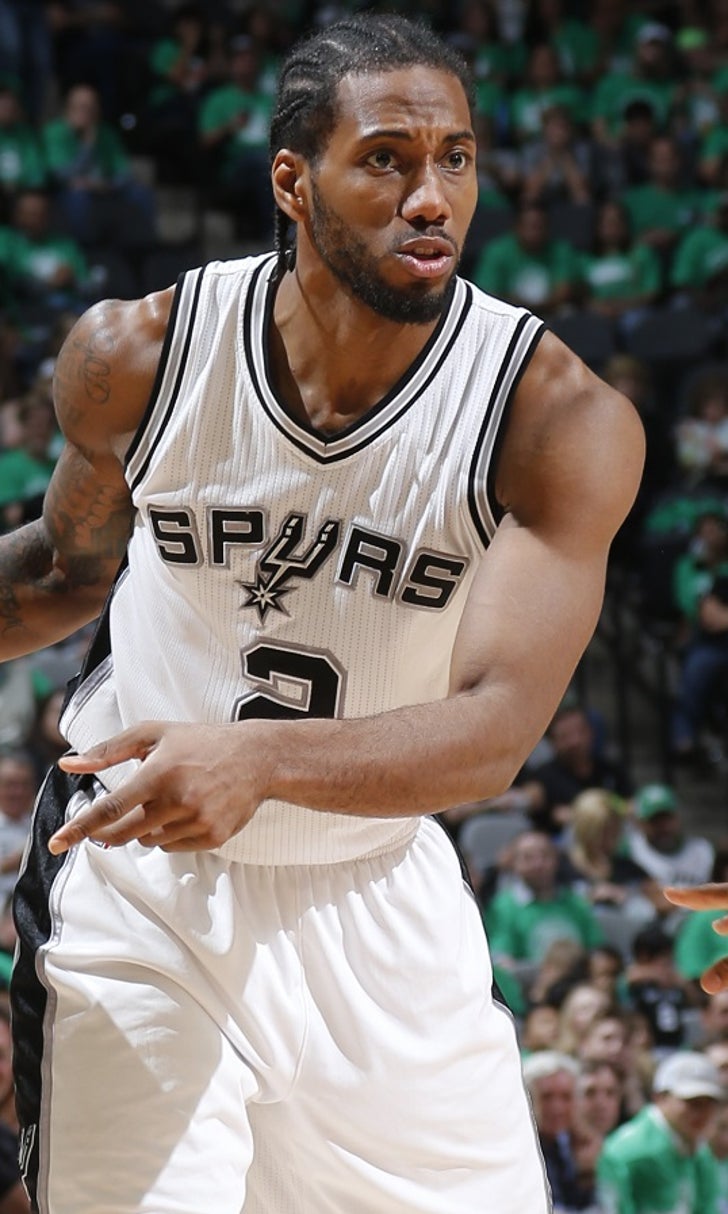 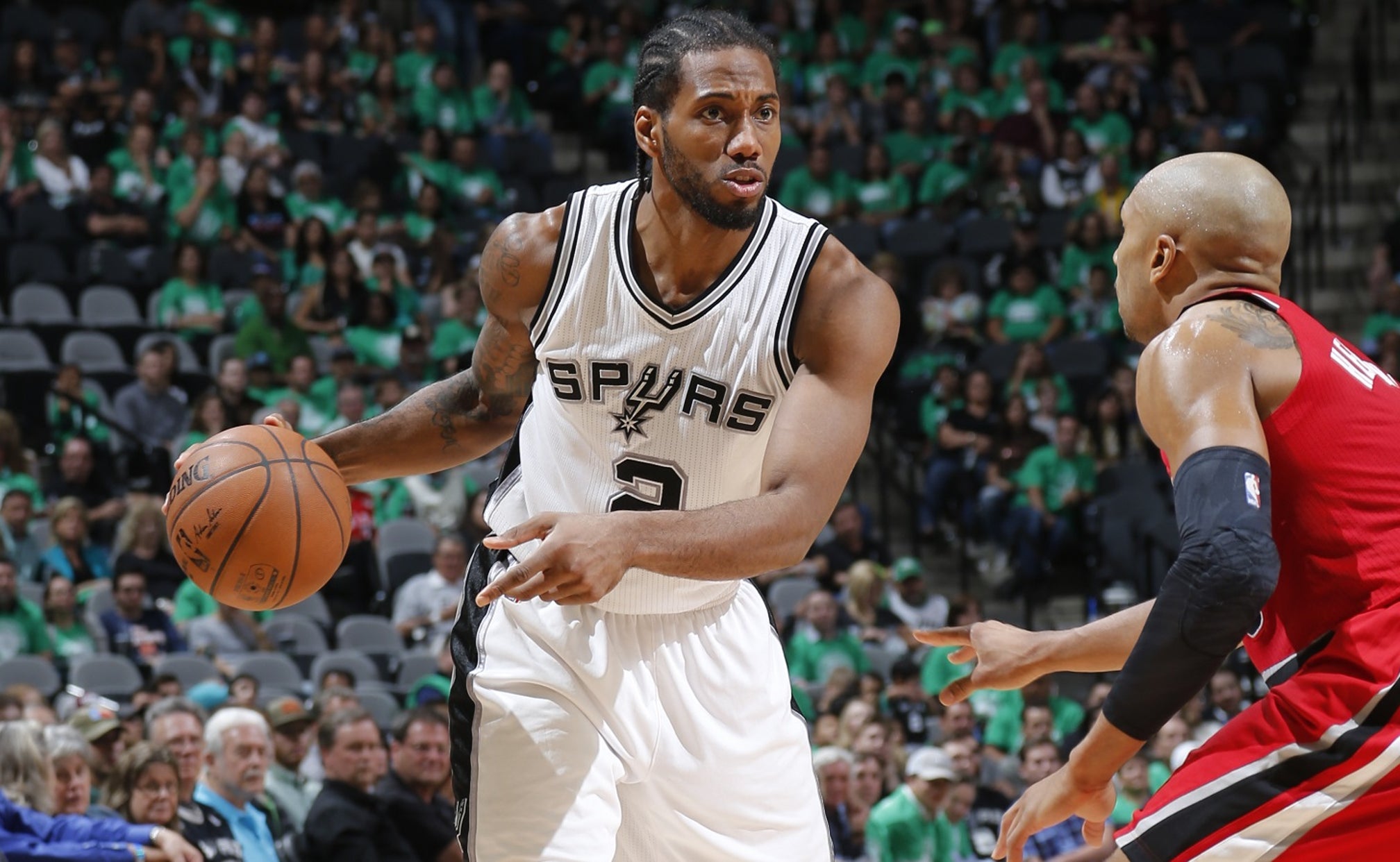 previous story
The Latest: Bentil doing it all for Providence against USC
next story
Benn scores twice, Stars rally past Lightning 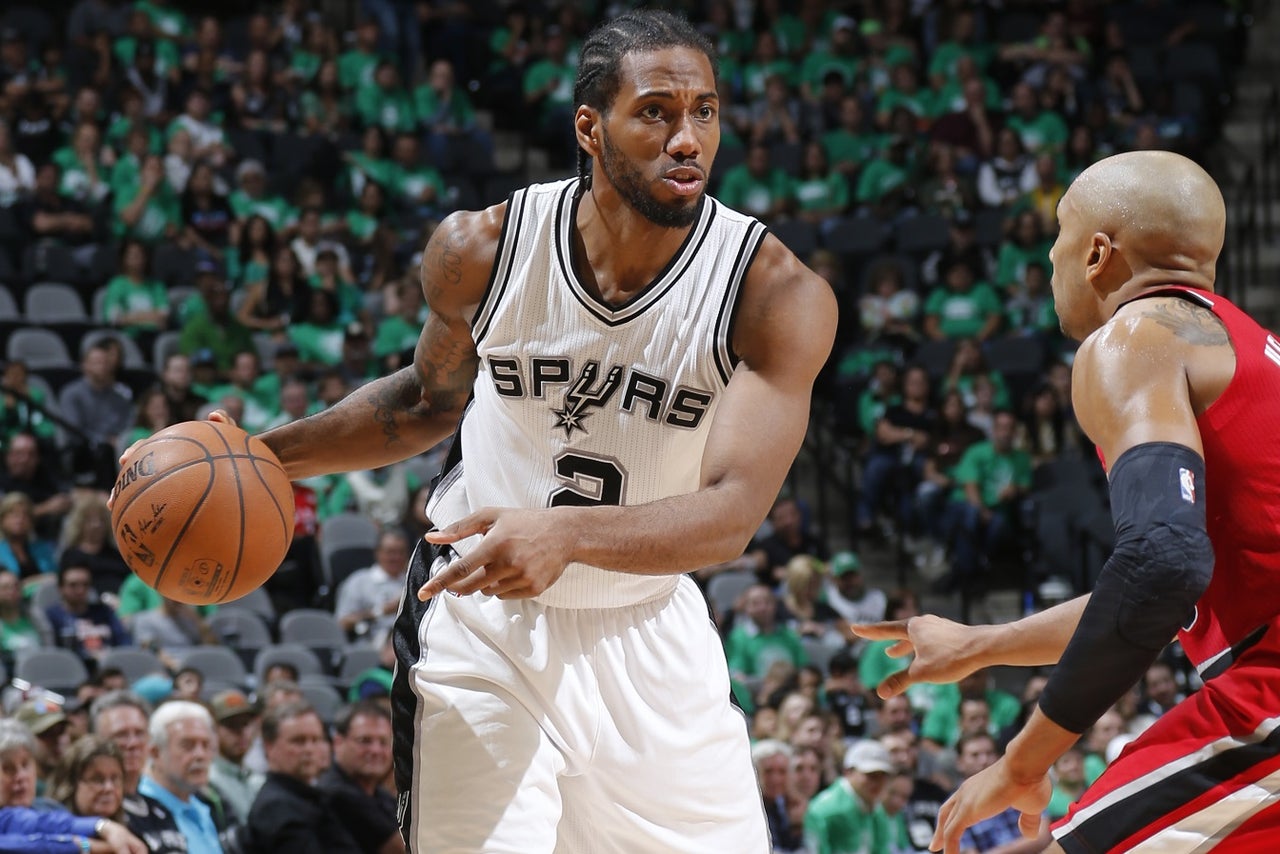 SAN ANTONIO -- With a historic showdown coming up, the San Antonio Spurs took care of business.

Kawhi Leonard and LaMarcus Aldridge each had 22 points and San Antonio beat the Portland Trail Blazers 118-110 Thursday night to secure the second-best home start to a season in league history.

The Spurs have won 34 straight at home to open the season and only trail the 37 wins by the Chicago Bulls during their historic 72-victory season in 1995-96. The Orlando Magic won 33 straight to open that same season.

"We've got to understand that coming on a court that nobody has won on, (against) arguably the best team in the league, we can't put ourselves in that position and we did that," Portland guard Damian Lillard said.

It enabled San Antonio to sit its starters for much of the fourth quarter in advance of Saturday's showdown with Golden State. The Warriors and the Spurs have both clinched playoff berths and division titles and are on pace to finish with two of the three best single-season records in league history.

Spurs point guard Tony Parker had 18 points and a season-high 16 assists, just missing out on matching his career high when Aldridge missed a 19-foot jumper with 2:37 remaining.

"He was great," San Antonio coach Gregg Popovich said. "He ran the show, picked on a couple of jumpers here and there when they left him open. He really was a great floor general tonight."

The Spurs shot 52 percent while committing seven turnovers, which was one off their season low.

San Antonio only had two turnovers in the first half while shooting 50 percent from the field but had trouble gaining any separation from Portland.

C.J. McCollum had 26 points and Lillard had 23 for Portland, including a combined 24 points in the first half.

But as they have done throughout their home winning streak, the Spurs dominated the start of the second half. San Antonio opened the third quarter on a 10-0 run, with Aldridge scoring seven points and Leonard igniting the run with a 3-pointer. The Spurs had 14 assists on 16 field goals in a 39-point third quarter.

"I love playing with (Aldridge)," Parker said. "I know exactly where he's going to be. It's funny because even if he hits five shots in a row, (defenders) are still staying with me. I'm like, `Go to LaMarcus. Go guard him.' They still give him that wide open shots. He got a lot of shots tonight. L.A. is feeling more and more comfortable with the system."

Leonard had 11 points in the third quarter, providing a boost on offense and defense. The 6-foot-7 forward wrapped a pass to Duncan for an uncontested dunk after drawing three defenders in the lane. Leonard then disrupted a 3-point attempt and drained his own 3 on the ensuing possession.

"A lot of things that we took away in the first half, we let them come out and have those to start the third," Lillard said. "They started moving a little faster, playing with a little more confidence. They were sure of more things than they were in the first half."

Trail Blazers: Portland forward/center Meyers Leonard is expected to miss at least three games after dislocating his left shoulder in practice Wednesday. The injury occurred after Gerald Henderson swiped at his arm. Leonard dislocated the same shoulder against San Antonio on Nov. 11, leading to a seven-game absence. ... The Trail Blazers have won 16 of their past 24 games. ... Portland is 20-1 when leading at the half and 2-13 when trailing. ... The Trail Blazers, who play Friday in New Orleans, are 12-17 in back-to-back games.

Spurs: Aldridge has averaged 17 points and six rebounds in three games against the Trail Blazers this season. The 6-foot-11 forward left Portland to sign with San Antonio in the offseason. ... The Spurs have won 54 of its past 62 games.

San Antonio is 4-0 on its current five-game homestand, beating playoff-bound Chicago, Oklahoma City, Los Angeles Clippers and Portland by an average of 11.3 points.

"They’ve gotten to the point where they’re taking over." -TD on Kawhi & LA

The Spurs are ambivalent about the run, though.

"We've won them all, so yeah, that's a good place to start," Tim Duncan said. "Pop's never happy with anything. So there's that. No one got hurt. So, all boxes checked."