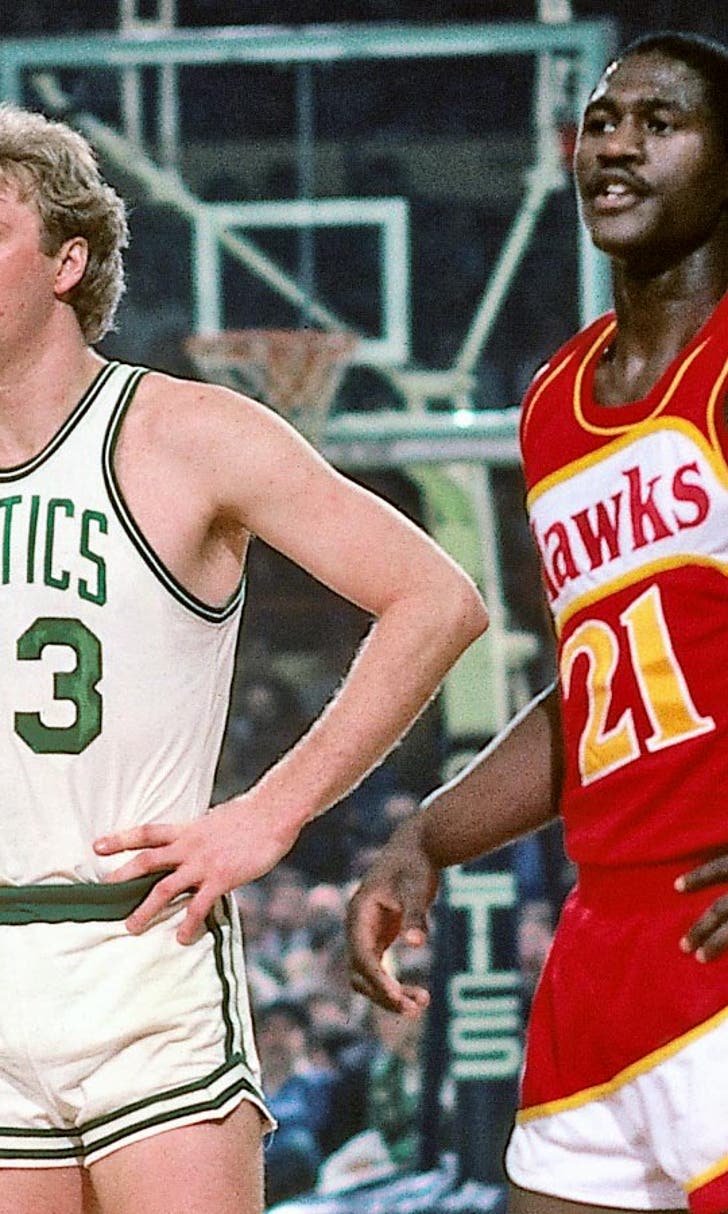 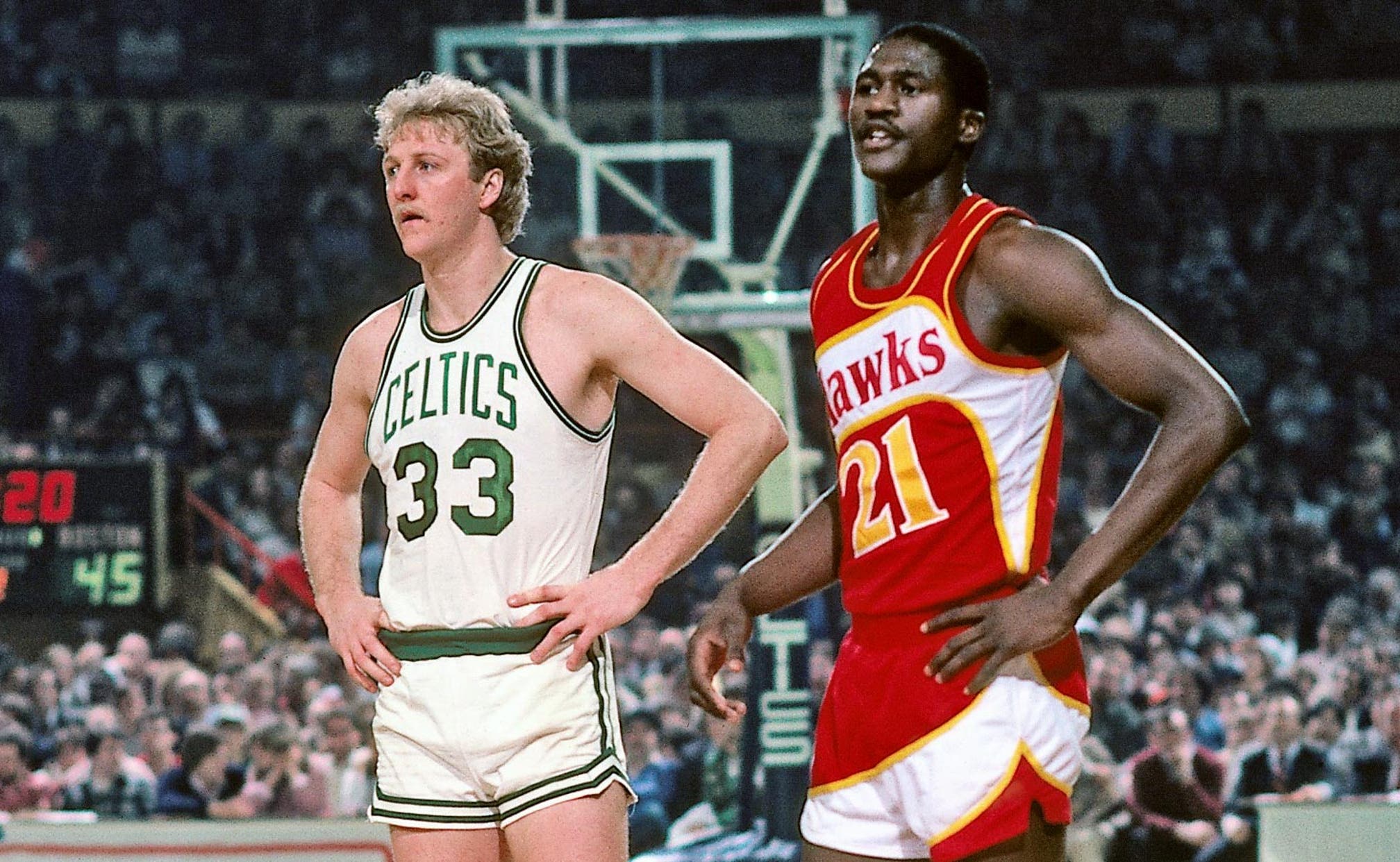 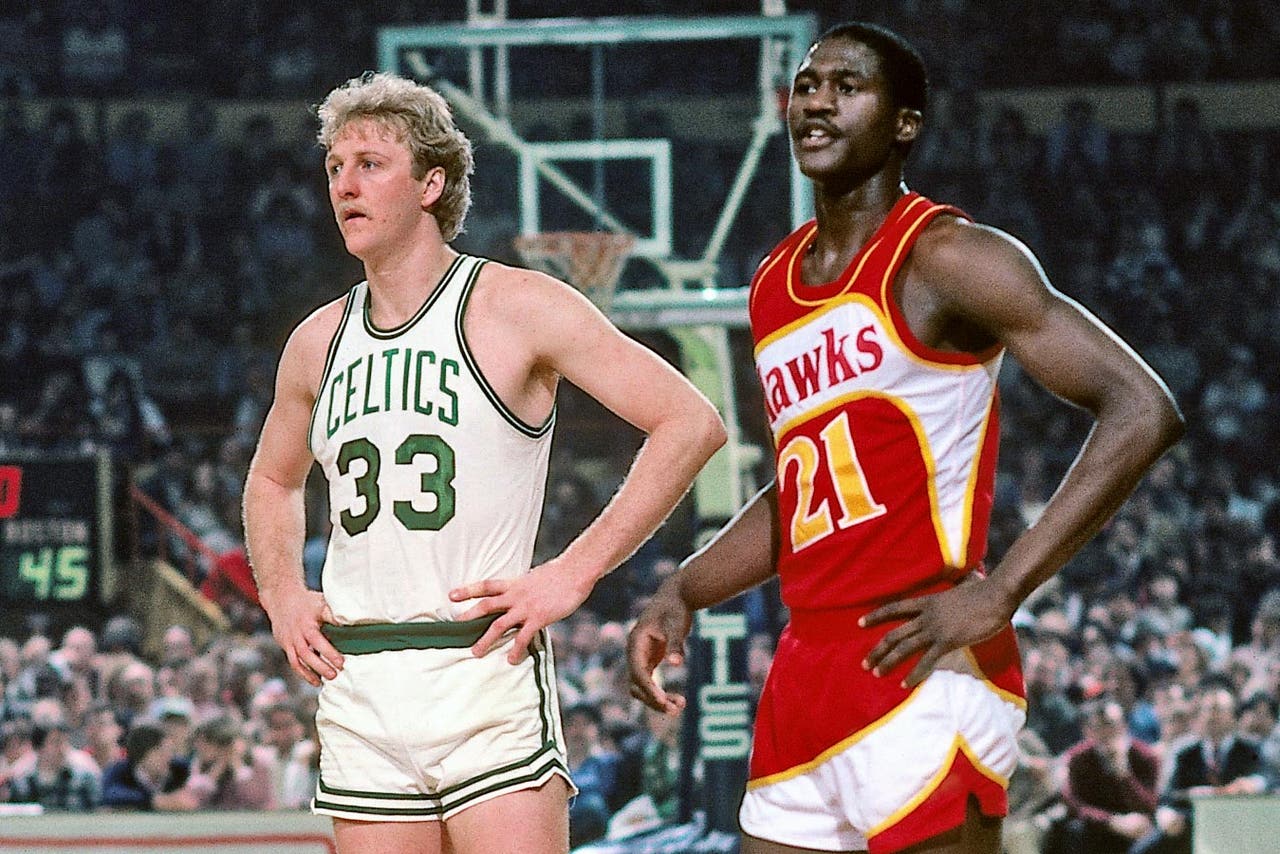 Along with his Hall of Fame talent, Larry Bird talked plenty of trash on the court. The fact that he could back it up made it that much worse for opponents. (Bird could even get under the skin of a stoic like Julius Erving.)

Dominique Wilkins, who had his share of duels with Bird when his generally outmanned Atlanta Hawks took on Bird's perennially championship contending Boston Celtics, recently recalled one of the early encounters with Larry Legend for the Boston Herald.

It was during Wilkins' rookie season, 1982-83, before he had established himself as the Human Highlight Film. Coming out for the opening tip, Wilkins went to shake Bird's hand. Bird wasn't interested.

"He just stood there and looked at me stone-faced with his hands behind his back," Wilkins told the Herald. "I was like, 'Whoa.' Then we were getting ready for the tip and he says to me, 'You don't belong in this league, Holmes.'"

Bird was hitting 3-pointers and telling Wilkins he couldn't guard him. A steamed Wilkins finally got the chance to take it to Bird, though, getting the ball on the break and dunking over the Celtics great, sending him sprawling into the basket support.

Lakers Put Denver in Familiar Spot
For the third consecutive series, the Nuggets are in a 3-1 hole. Can they muster the energy to overcome The King & Co.?
11 hours ago

Meet Miami's Unsung Herro
A 20-year-old sharpshooter from Wisconsin took the NBA by storm on Wednesday. Who is he and what's his potential?
21 hours ago

Nuggets Of Wisdom
For almost every team, down 2-1 in the conference finals to LeBron would be a must-win. Not for Denver, Martin Rogers explains.
1 day ago

Lethargic In Los Angeles
The Lakers looked sluggish in their Game 3 loss to Denver. Will it wind up costing LeBron & Co. in the long run?
1 day ago
those were the latest stories
Want to see more?
View All Stories
Fox Sports™ and © 2020 Fox Media LLC and Fox Sports Interactive Media, LLC. All rights reserved. Use of this website (including any and all parts and components) constitutes your acceptance of these Terms of Use and Updated Privacy Policy. Advertising Choices. Do Not Sell my Personal Info