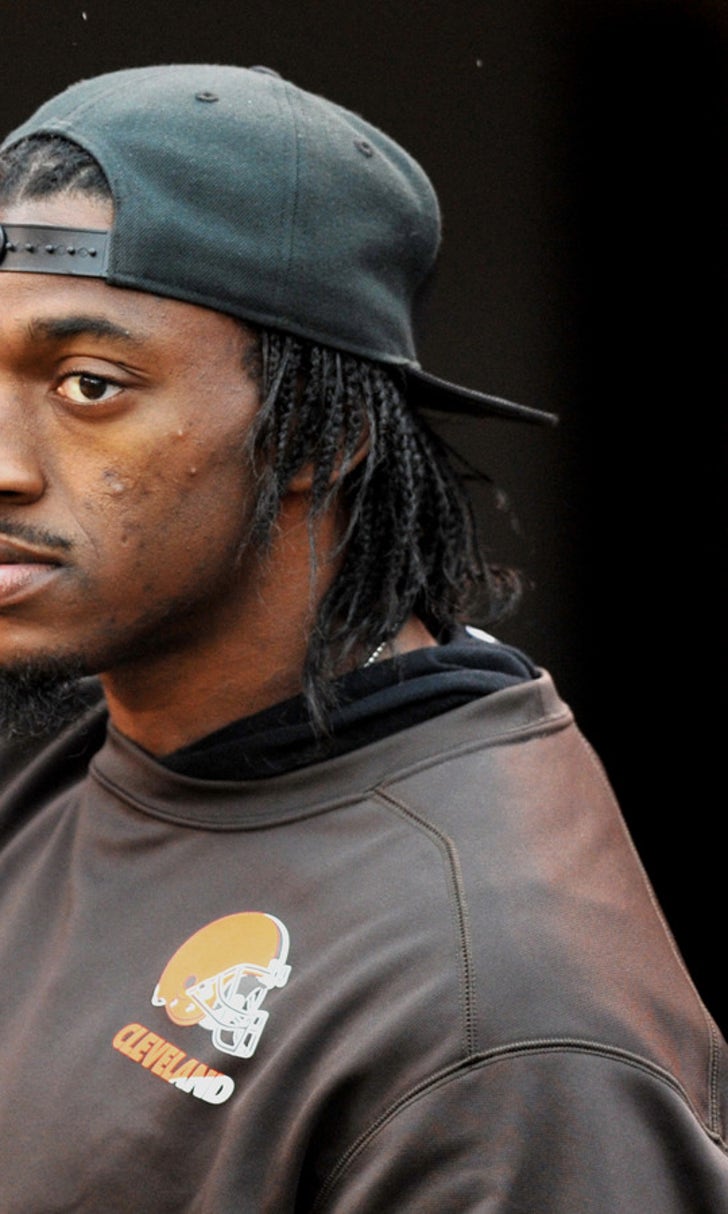 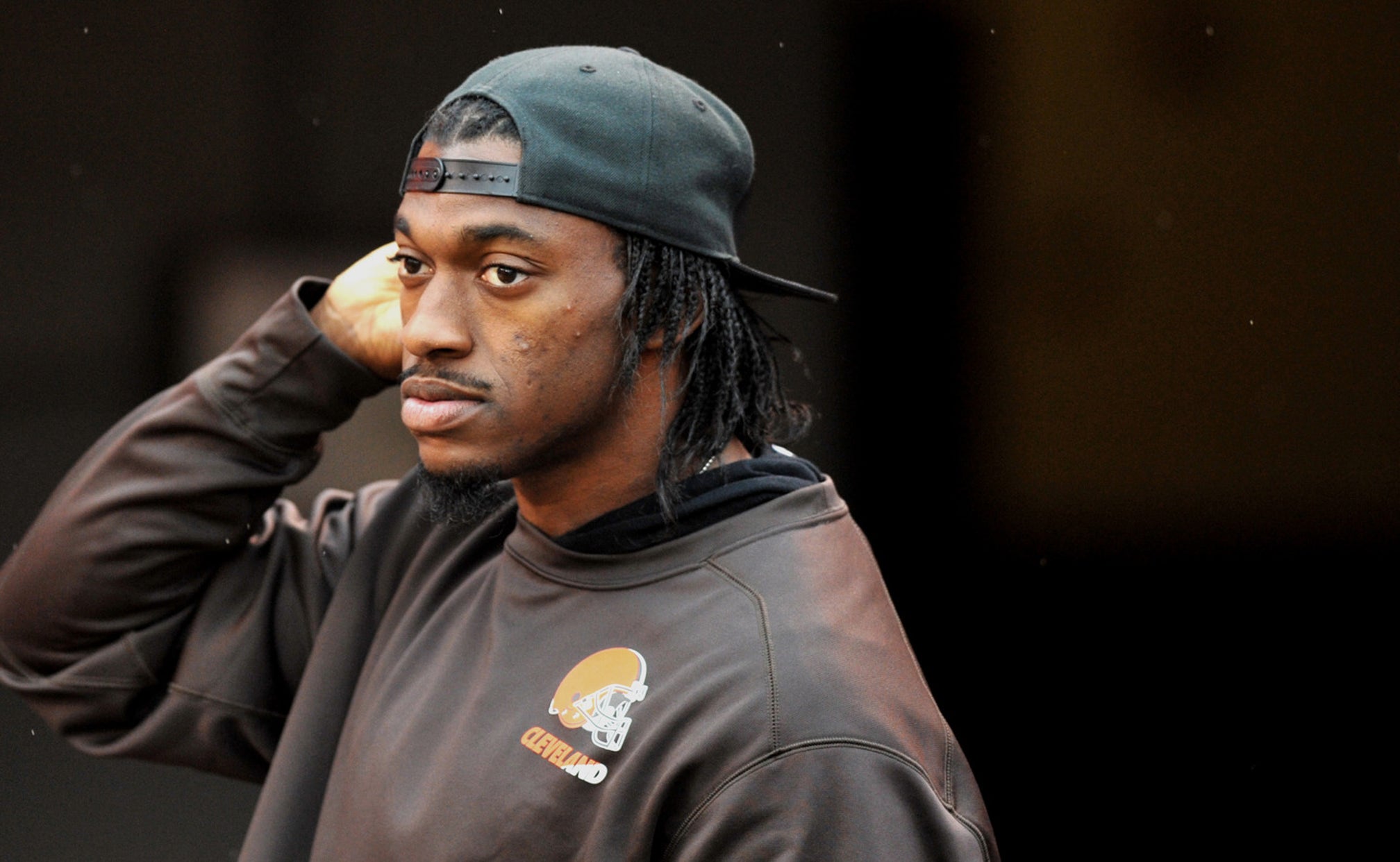 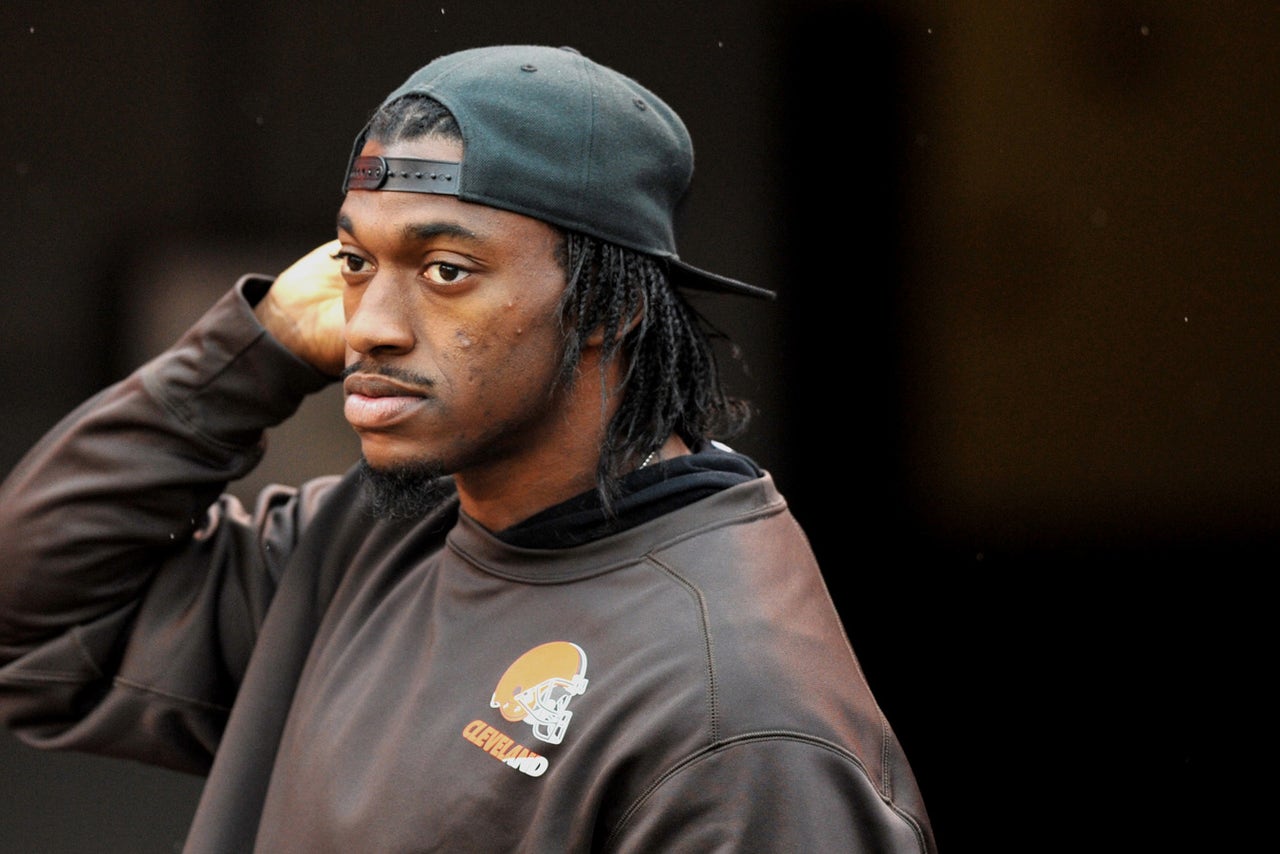 The Cavaliers are riding high in Cleveland, after just ending the city's 52-year pro championship drought. And everyone wants a piece of them, apparently even the new Browns quarterback Robert Griffin III.

RG3 tweeted a graphic of the Cavaliers with a congratulatory message. But if you look in the lower left-hand corner of the graphic, it reads @2016 Robert Griffin III. 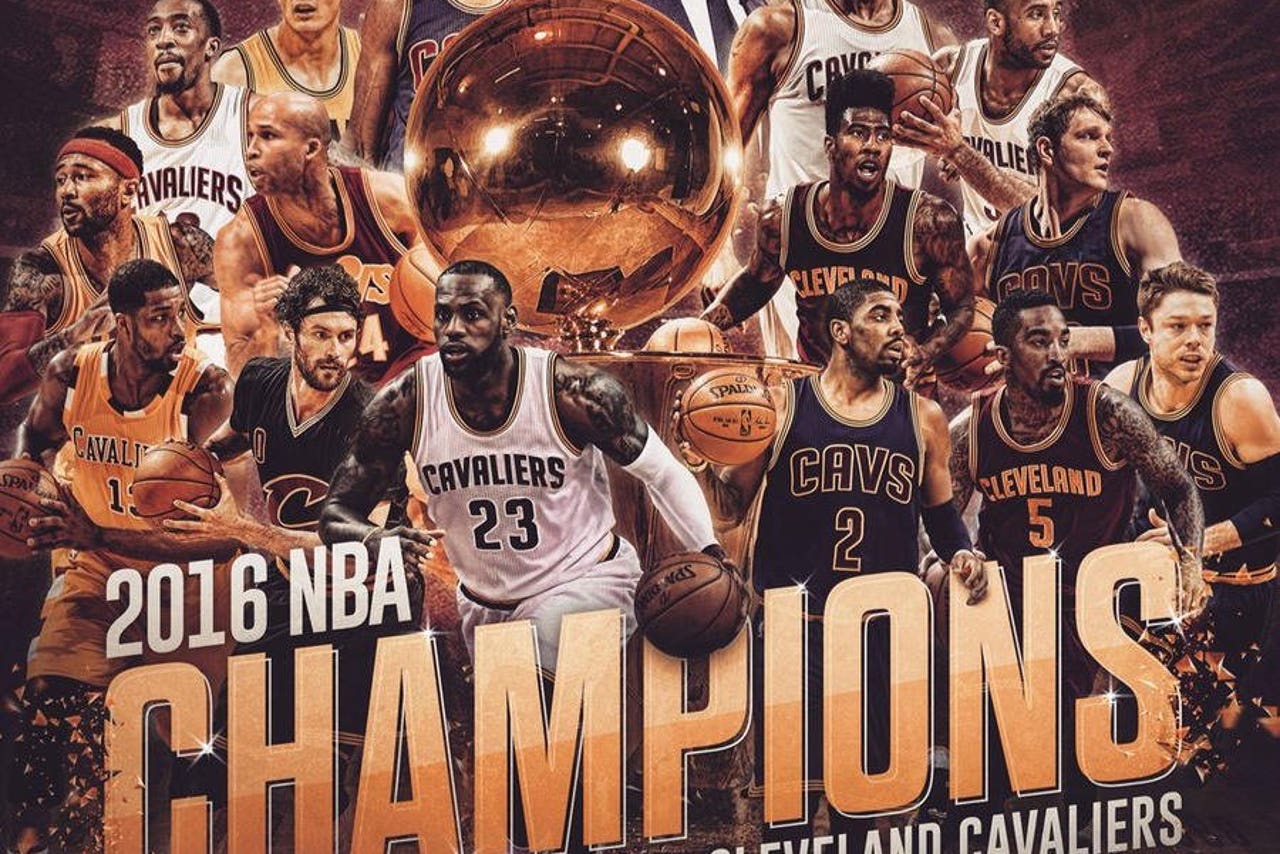 Congrats to the Champs! Epic series & an epic win for #TheLand pic.twitter.com/nnp4Zp0Rng

Now, we all know Griffin is pretty talented on the football field, but is the oft-injured quarterback moonlighting as a graphic designer, too?

It doesn't appear so. Though maybe he hired someone to manage his account, and this was not RG3's doing? Robert, you might want to use that excuse.

Here's the original the Cavs tweeted after the team won the title. Check the lower right-hand and left-hand corners of their graphic.

One person on Twitter, who lists himself as the Cavs web designer and is followed by the team, called out RG3.

@RGIII I'm glad you like the graphic but you didn't have to cut @Cavs off & slap your name on it. GFX like that take a ton of time to make.

Griffin might want to retweet this and use the original version.

UPDATE: Griffin apparently uses a popular social media app called WhoSay, which automatically places his custom logo on photos. The photo below is a wire image that has his logo on it.

Good vibes sent to all who will start their NFL journey this weekend! Enjoy your dream come true fellas! pic.twitter.com/PFXDZeVBn7

But he's also tweeted images that did not have his logo on it, too. So it appears Griffin, or whoever is handling his Twitter account, isn't consistently using this app.

The Greatest inspired us all to believe in ourselves and to take risks. Let's make him proud. #RIP #Ali pic.twitter.com/txwkETRqpH