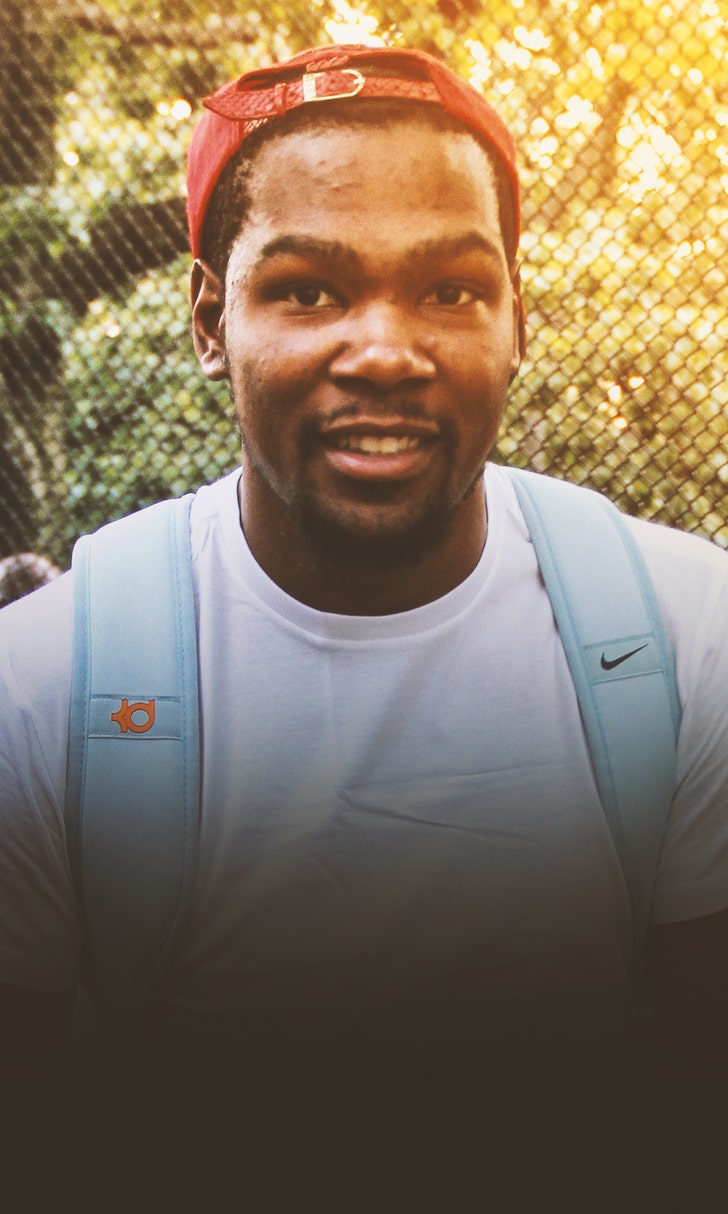 On This Day: KD Dominates Rucker

He has a career average of 27.0 points per game – the sixth highest average of all-time – and he has four scoring titles to his name.

And during the summer of 2011, that scoring prowess was on full display – not on an NBA court, but on the most famous playground court in the nation: Rucker Park.

The 2011 NBA lockout represented the fourth lockout in league history. So during the summer of 2011, several NBA superstars made appearance at local gyms and parks across the country, allowing basketball lovers to receive an up-close-and-personal glimpse at the world's best ballers.

No player was more active than Durant. He showed up at the legendary Drew League in Los Angeles, California.

He also took his talents to the Goodman League in Washington, D.C.

But neither of those appearances could match his epic performance at the legendary Rucker Park in Harlem, New York, on Aug. 1, 2011.

Here's the backstory: Durant was in Oklahoma City, considering he was then a member of the Oklahoma City Thunder. He got a text from a childhood friend asking if he wanted to play at Rucker Park the next day.

Durant agreed to play, flew to New York, and put on a 66-point performance that will go down in history.

Adding to the legend of Durant's performance, New York rapper Fat Joe said that KD was so dominant that the opposing team wanted to fight him after the game.

In an interview with Complex in December 2019, Joe detailed how it was the greatest performance he had ever seen at the Rucker and how he had to help escort Durant to safety after the final buzzer.

"The greatest performance was Kevin Durant man ... They stopped the game, they were going to beat him up, he had to rush to the car ... They chased him out the park, they wanted to beat him up. He wasn't playing bums, he was playing top quality Rucker players."

Considering the likes of Kobe Bryant, Allen Iverson, Vince Carter and others have graced the Rucker Park court, that is high praise from Joe.

Good luck to the next NBA superstar who tries to top Durant's performance from nine years ago today.

And if that superstar is somehow able to top KD, we also wish them luck exiting the park.

Jazz Theory
The Jazz found themselves the butt of the joke during the NBA All-Star Draft, but Utah looks primed to get the last laugh.
20 hours ago

Where Should Blake Griffin Play Next?
After being bought out by the Pistons, Blake Griffin can pick a new team. Jason McIntyre takes a look at his best options.
23 hours ago

A Knicks-tape worth playing
The Knicks are one of the surprises of the NBA season, making New York looking like it could once again become a basketball Mecca.
1 day ago
those were the latest stories
Want to see more?
View All Stories
Fox Sports™ and © 2021 Fox Media LLC and Fox Sports Interactive Media, LLC. All rights reserved. Use of this website (including any and all parts and components) constitutes your acceptance of these Terms of Use and Updated Privacy Policy. Advertising Choices. Do Not Sell my Personal Info