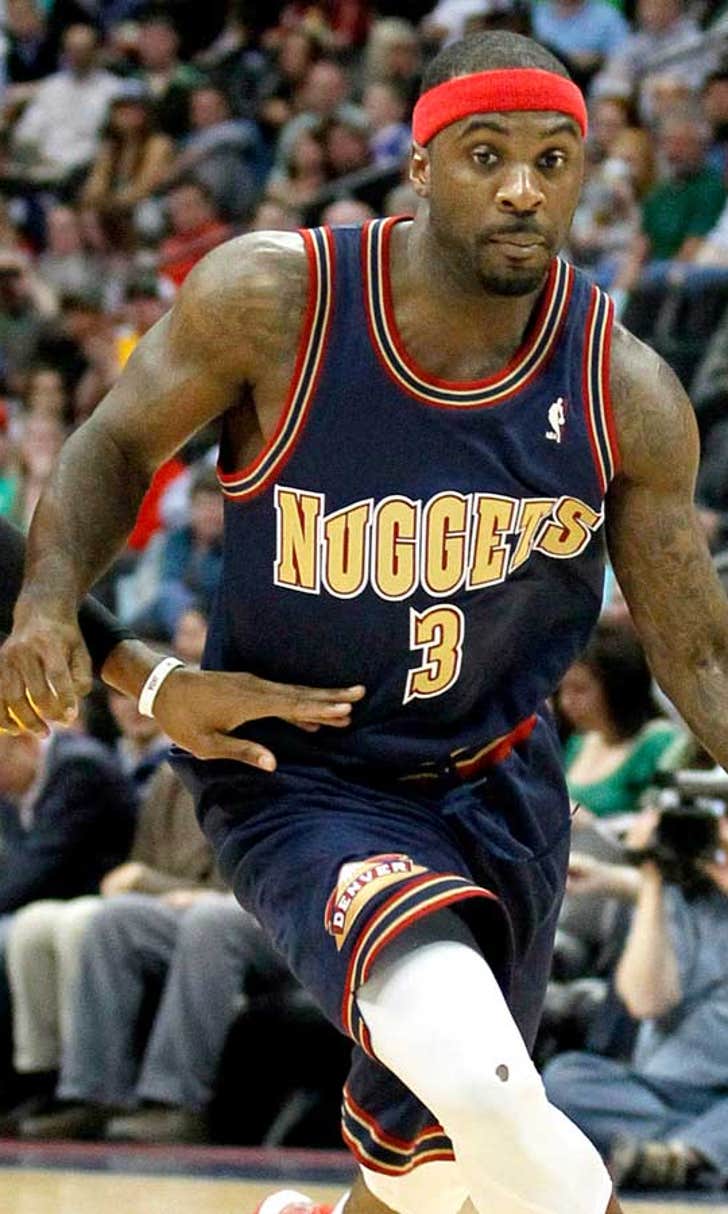 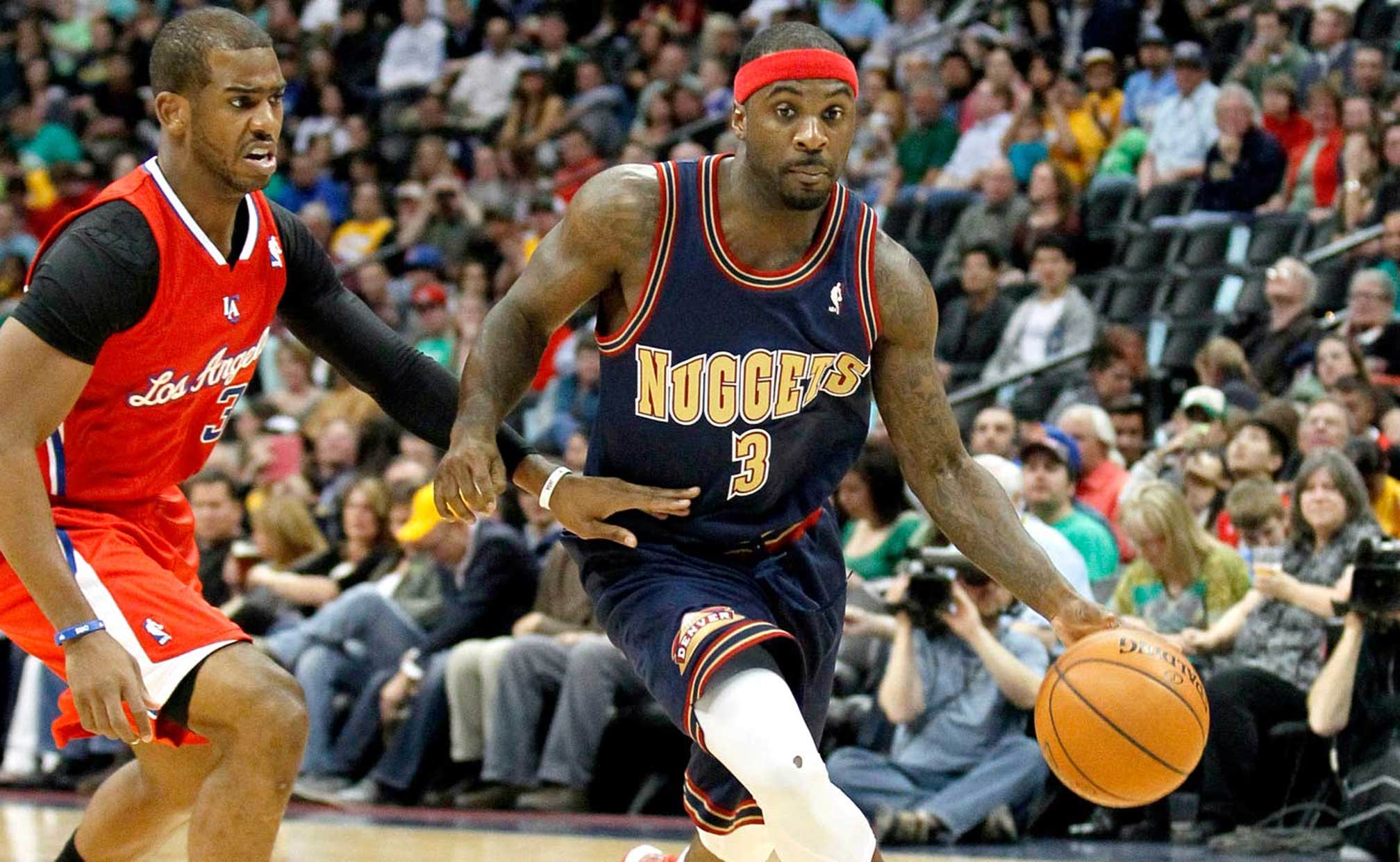 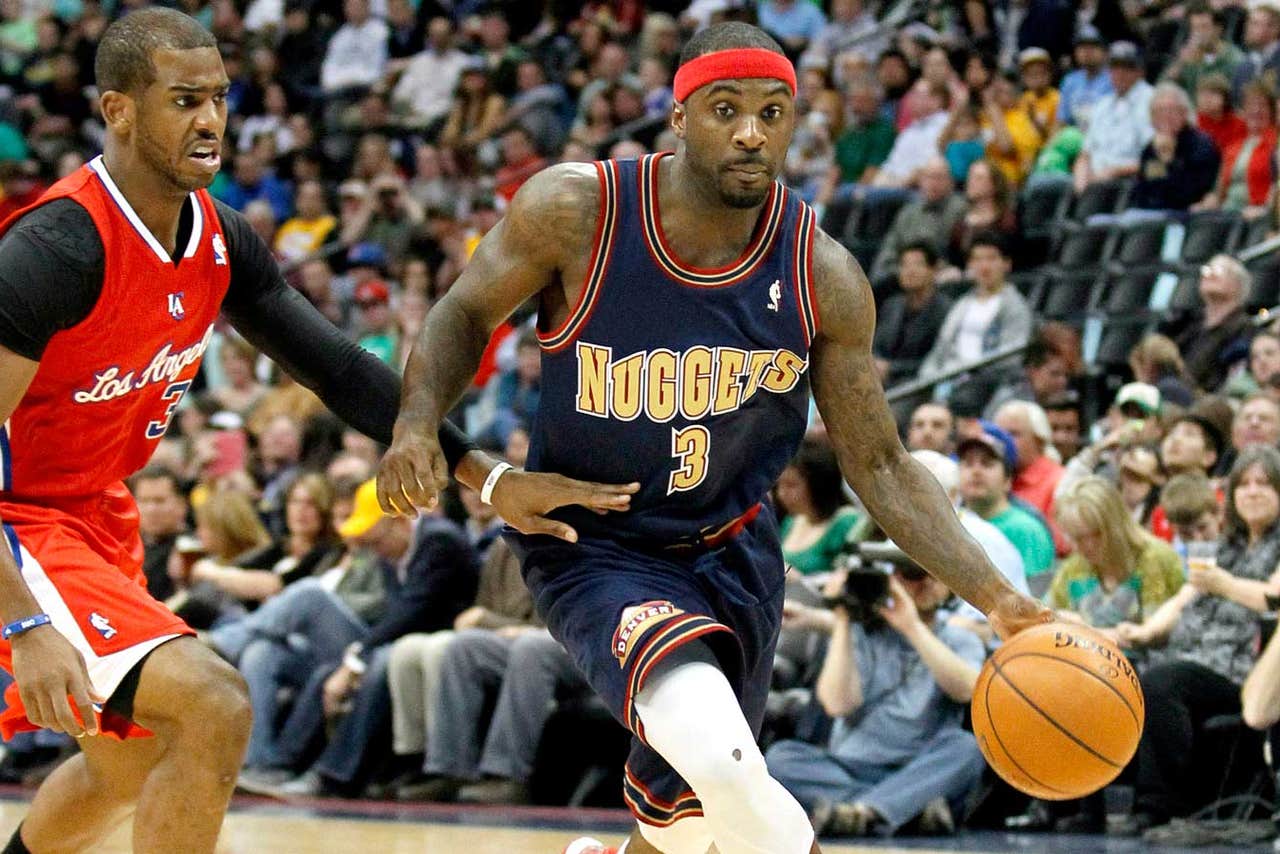 Blake Griffin shouldered the blame for his team faltering down the stretch.

"This game is pretty much entirely on me," Griffin said matter-of-factly.

After all, Los Angeles was held scoreless for the final 3:31, allowing the Denver Nuggets to end the Clippers' 11-game win streak with a 110-100 victory Monday night.

Chris Paul couldn't score down the stretch, either. Just one of those nights for the fatigued Clippers, who played the night before.

Just like that, their streak -- tied for the second-longest in franchise history -- was over. This is the same place where their longest streak, 17 in a row last season, was also ended.

"Players like to get up for this team," said Ty Lawson, who scored eight of his 19 points in a late fourth-quarter run. "The energy in the building gets us going."

Lately, the Nuggets are showing they can play with the NBA's elite, beating the Miami Heat last week and now the soaring Clippers.

Only, it's a little too late for a team pretty much out of the playoff picture.

"But it's huge, especially for our confidence going forward," Lawson said.

Reserve J.J. Hickson had 21 points and Kenneth Faried added 18 points and 16 rebounds in a duel in the paint against Griffin, who finished with 26 points and 12 boards.

But this was far from Griffin's night, finishing 7 of 25 from the floor.

"I can't play that poorly for us to win," Griffin said.

Down 98-96 with 4:21 remaining, Lawson hit a 3-pointer to give the Nuggets a lead they wouldn't relinquish. It was part of a 14-2 run to close out the game. The Clippers didn't score again after DeAndre Jordan's dunk at 3:31.

The Clippers had plenty of chances to get back into the contest, but Randy Foye foiled any rally bid -- hitting a big 3-pointer and later blocking Reggie Bullock's shot on a drive.

"Didn't know that old man had that much hops," Lawson said of Foye.

It was a block that would've pleased even the finger-wagging Dikembe Mutombo, who was in the stands watching the game.

Although Griffin struggled, it was still quite a St. Patrick's Day for him. Griffin began the day by being named the league's player of the week for a third time this season. Then, he went out and scored at least 20 points in a career-best 27th straight game.

Paul finished 29 points. He also had seven assists, giving him 5,996 or his career. He's trying to join Magic Johnson, John Stockton and Isiah Thomas as the only NBA players to go over the 6,000-assist plateau before their 29th birthday. Paul turns 29 in May.

Los Angeles was without Darren Collison, who didn't make the trip because of a stomach virus. The team already was missing J.J. Redick (bulging disk), Jamal Crawford (strained left calf).

Denver turned in a five-point possession moments after losing the lead early in the third quarter. Lawson hit a 3-pointer as the shot clock expired and was fouled by Paul, who was incensed over the play and given a technical. Foye made the technical foul and Lawson hit his free throw to make it a 65-63 game.

The Nuggets wore replica uniforms of the 1993-94 team to honor the squad that knocked off top-seeded Seattle in the postseason. Several of the players and coaches from that team showed up for the celebration, including Mutombo and LaPhonso Ellis.

Ellis and several of his former teammates had dinner the night before with current players to chat about the glory days, when the Nuggets erased a 2-0 deficit to beat the Sonics -- then coached by George Karl -- in a decisive fifth game.

"Fascinating to hear all the stories and add some little details to maybe some unfinished stories," Ellis said. "We feel very overwhelmed, flattered and honored that (the Nuggets) would extend to us an unbelievable gesture."

NOTES: The Clippers were outrebounded 55-43. ... The Clippers now have four days off. "I'll do the same -- get some rest, get in the gym and work on some stuff," Paul said. ... Nuggets Fs Faried and Darrell Arthur were both called for technical fouls in the first half.

Bubba Wallace & MJ Join Forces
In a stunning move, Michael Jordan is getting into NASCAR, with Bubba as his driver. Bob Pockrass explains all the details.
7 hours ago

Channeling His Inner Black Mamba
Anthony Davis saved LeBron and the Lakers with the biggest shot of his career. Was it clutch like Kobe, or a bit of luck?
14 hours ago