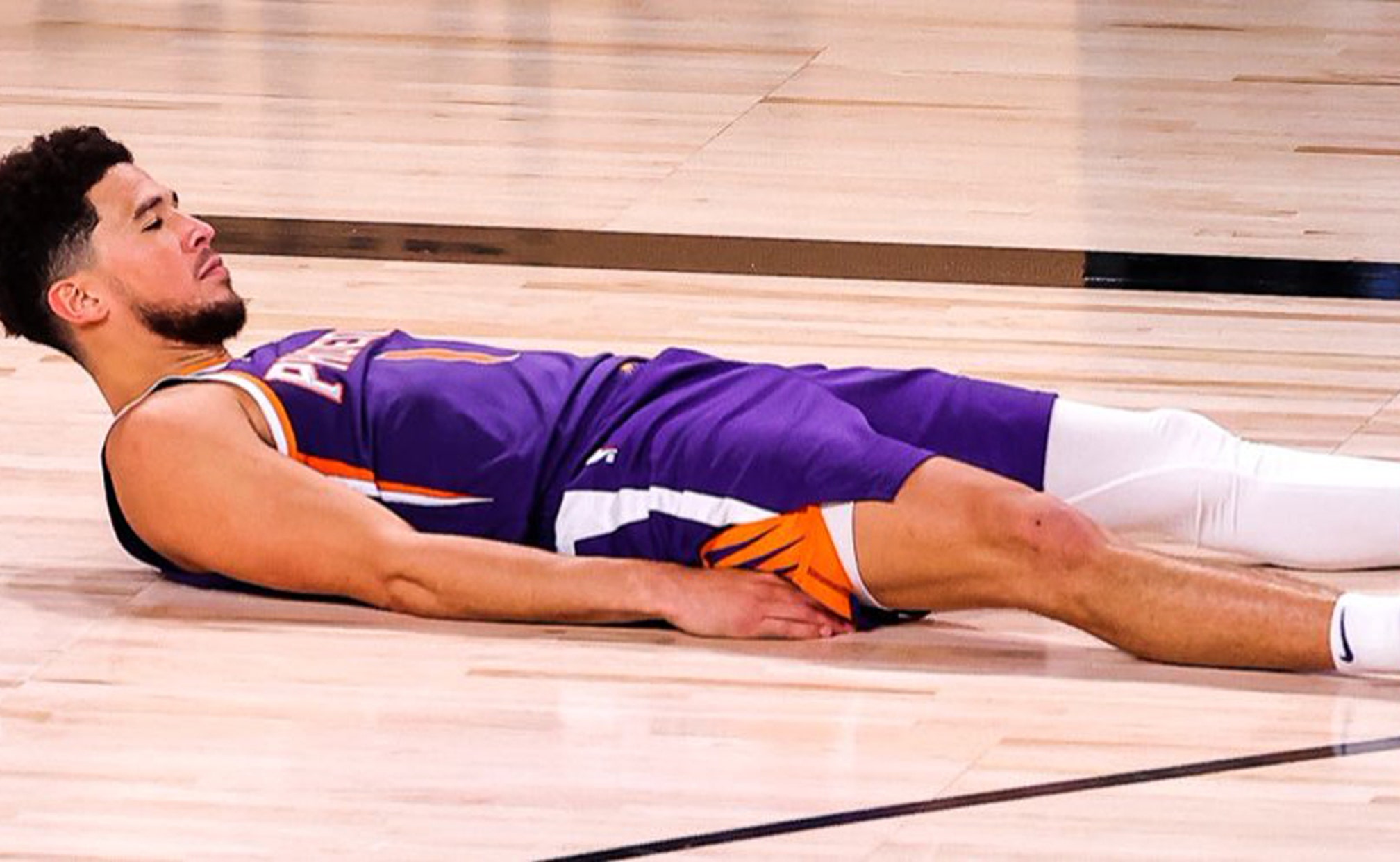 The class of 2020 got short-changed — no grand graduation ceremonies, no chance to celebrate your education with your peers. But if it makes you feel any better, no one has ever said anything memorable in any grad speech I’ve had to sit through (except for the advice “it’s not who you know, it’s whom”). You spend most of the time sweating through black robes. I kind of hated it.

You know what I loved, though, and what doesn’t require a group setting to enjoy? Yearbooks. And since we’re lucky enough to have the NBA in a safe (so far) bubble, it seemed appropriate to turn the first half of the regular season's finish into superlatives.

So while you may not have gotten to walk across a stage, you can watch basketball, and you can read this. The next best things.

BIGGEST GLOW UP: The Suns

Phoenix entered the bubble with the worst record of the Western Conference teams in Orlando and went 4-0 off the bat. The playoffs are a long shot — the Suns trail the eighth-seeded Grizzlies by 2.5 games and are still behind the Blazers, Spurs and Pelicans. They'd have to move into ninth to make the play-in round.

This is obviously subjective, seeing as a lot of players are doing really well down in Orlando. TJ Warren, Devin Booker, Pascal Siakam, Joel Embiid — I considered all of them for this award.

But Dame stands out to me because he’s pretty much carrying Portland on his back, putting up huge numbers to keep them in the hunt for the West’s final Playoff spot. He dropped 45 points against the Nuggets on Thursday night and put up 11 3s to tie his career high. The Blazers ended up with a 125-115 win despite trailing in the fourth quarter, and if Lillard keeps this up, they could be well on their way to the playoffs.

But Charlotte, you might be thinking, isn’t he balding, with a questionable hairline?

Yes. But his beard is majestic, and that counts as hair, and seeing as he isn’t playing well, we’ve gotta give him something. Even though the gray flecks hit a little bit sadder when you’re not lighting up younger guys.

Sorry, James Harden. Maybe when you're seniors, you and Russell Westbrook can win Best Couple.

LIFE OF THE PARTY: JJ Redick

You see him shotgun that beer in a kiddie pool? Game over.

MOST LIKELY TO WIN THE FINALS: Lakers and Clippers

What’s that? Your high school didn’t have this superlative? Where’d you go, Nerd Central?

Houston's a decently long shot to win the Larry O'Brien, but I’ve been impressed and often talked myself into thinking they can actually do it while I watch them play. Might put ten bucks down. Who knows. I’m feelin’ frisky.

MOST LIKELY TO CLINCH THE 8TH SEED IN THE WEST: Grizzlies at -143

A classic high school superlative for which Memphis is favored.

Meanwhile, the Blazers currently have 4-1 odds to claim the last spot in the West, and after writing about how great Dame is, I think I’ve talked myself into it. If he gets hurt, we’re totally screwed, but I’m gonna live dangerously and go with Portland at +400.

The East is all set — the Nets and Magic claimed the last two spots, meaning we won’t need a play-in series.

BIGGEST RISK TAKER: Celtics at +650 to win the East

I’m a homer, so I’m taking Boston. Will I regret this? Perhaps. But no risk, no reward, as I always say, and since I like my rooting and betting interests to be aligned, let’s give it a shot. Plus, it’s 2020. Logic no longer applies.

MOST DEPENDABLE: Suns over Heat at -2.0

Was this even a superlative? Probably not. And are the Suns definitely the right fit to cover vs. the Heat on Saturday night? No way of knowing. But I’ve committed to the bit, so here we are.

Bet the Suns. They’re on a roll. You could be, too.

Nuggets Hold On To Win Game 3
Denver has become known for staging epic comebacks, but it needed to stave off one to claw back into the West Finals.
6 hours ago

Bulls Hire Billy Donovan
Unemployment didn't last long for Billy Donovan, who was Tuesday hired to take the reins in Chicago.
11 hours ago

Hollywood Headscratcher
Paul George's postseason play was shockingly uneven, creating question marks as to how he and his LA teammates move forward.
12 hours ago