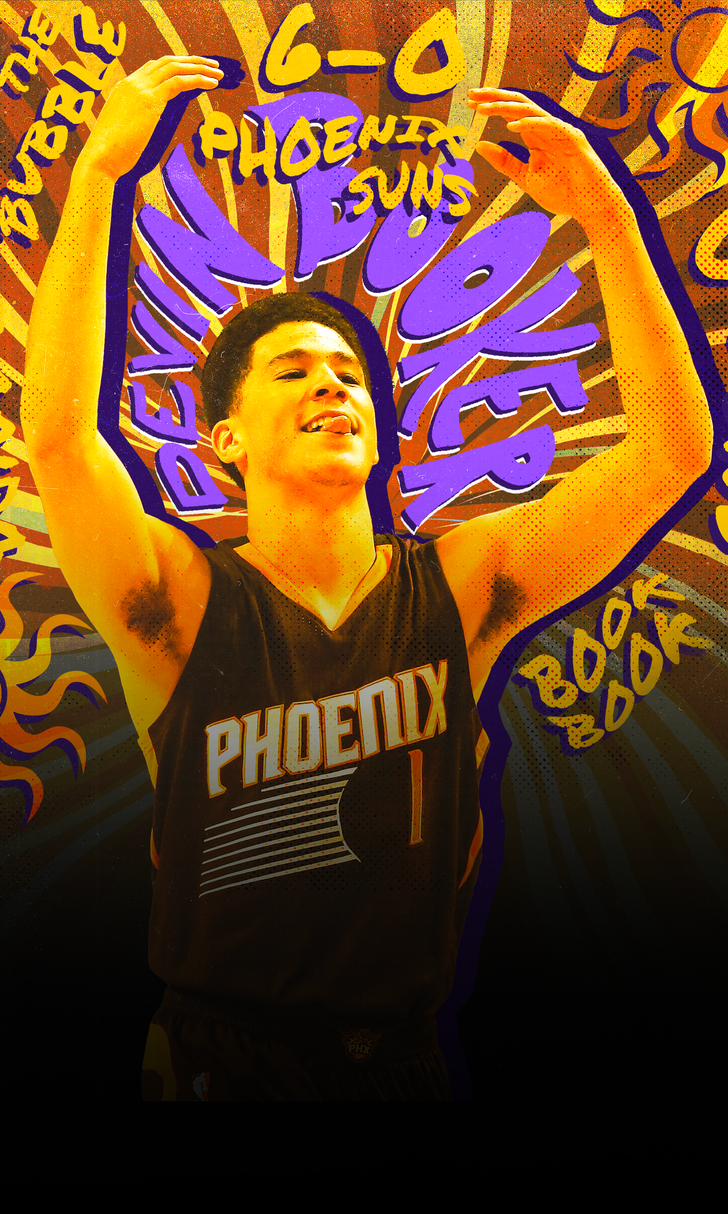 It's the final week of seeding play, and the biggest question heading into the playoffs remains unanswered: Will the Phoenix Suns ever lose again?

The Suns topped the Oklahoma City Thunder 128-101, pushing their record to 6-0 inside of the bubble.

Here are the Top 6 things you need to know from Monday's 5-game slate:

1. Devin Booker is a man on a mission

The Suns entered the restart as a longshot to snag the eighth seed in the West, or even the ninth place spot for the play-in round.

Now, the Suns find themselves only a game behind the eighth-seeded Memphis Grizzlies, and a lot of that has to do with the play of their All-Star Devin Booker.

Booker is averaging 30.3 points per game, scoring at least 30 points in four of the six games.

The Suns will need two more performances like this from Booker to potentially secure a spot in the play-in game.

2. The Mavericks have found a groove

The NBA's most efficient offense this season hasn't been the Lakers, Clippers, or the Bucks. That title actually belongs to the Dallas Mavericks, with superstar Luka Doncic and All-Star forward Kristaps Porzingis.

But it's the "other guys" who really take the offense to a different level, as was on full display in the Mavericks' 122-114 win over the Nuggets. With Doncic and Porzingis sitting, six different Mavs scored in double-figures.

Toronto took down the Milwaukee Bucks (sans Giannis Antetokounmpo) 114-106 to improve to 5-1 in the bubble, the best record of any team in the East so far.

While the Raptors have been dominant in the bubble, the Bucks have struggled to find consistency, falling to 2-4.

Milwaukee is now 2-7 in their last nine games, having lost three in a row before the NBA's stoppage of play in March.

They have already secured the top overall seed throughout the entire playoffs, but getting back to their winning ways before the playoffs could go a long way for the Bucks.

5. Miami turns up the Heat on Warren

Heading into Monday night's contest with the Miami Heat, Warren was averaging 34.8 points per game, with one 53-point explosion against the Philadelphia 76ers.

But the Heat, and more specifically Jimmy Butler, were determined to not fall victim to Warren's scoring barrages.

Butler spent the majority of the game guarding Warren, holding him to 12 points, his lowest output so far in Orlando. Butler also contributed 19 points, 11 rebounds, and five assists in a 114-92 win.

With the two teams in fourth and fifth in the East, this could serve as a preview of a first-round playoff matchup.

The Western Conference's top overall seed had lost three straight games before a last-second 124-121 win over the Denver Nuggets, thanks to a Kyle Kuzma game-winner.

Kuzma has recorded double-digit points in six of the Lakers' seven games, chipping in 25 in Monday night's win.

The Lakers have needed a third consistent scorer all season, and this version of Kuzma would go a long way toward the Lakers reaching their ultimate goal.

Adding Insult To Injury
The Heat simply had no answers for LeBron, AD and the Lakers in Game 1. And devastating injuries certainly didn't help Miami.
10 hours ago

How To Bet The NBA Finals
Everyone is expecting a Lakers title, but is it worth your money? Jason McIntyre explains why he's looking to fade LeBron.
20 hours ago

Expert Picks: Lakers vs. Heat
It's NBA Finals time and series predictions are flying. Was anybody bold enough to pick the Heat over LeBron's Lakers?
21 hours ago