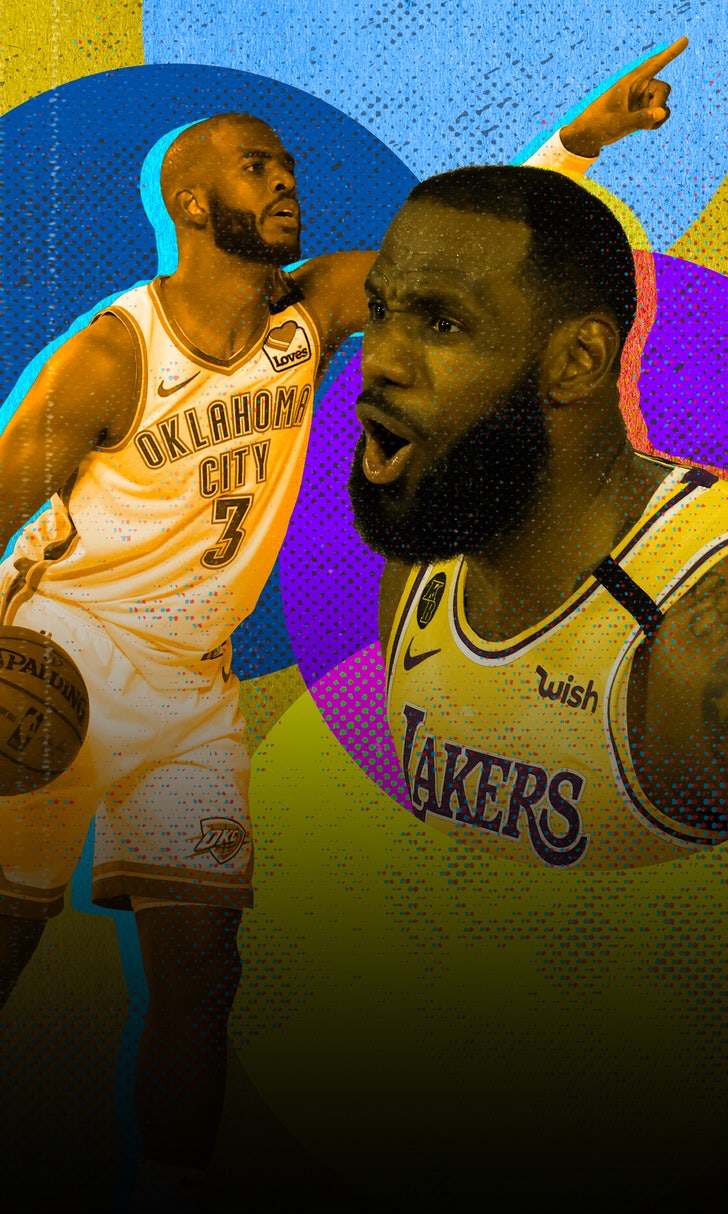 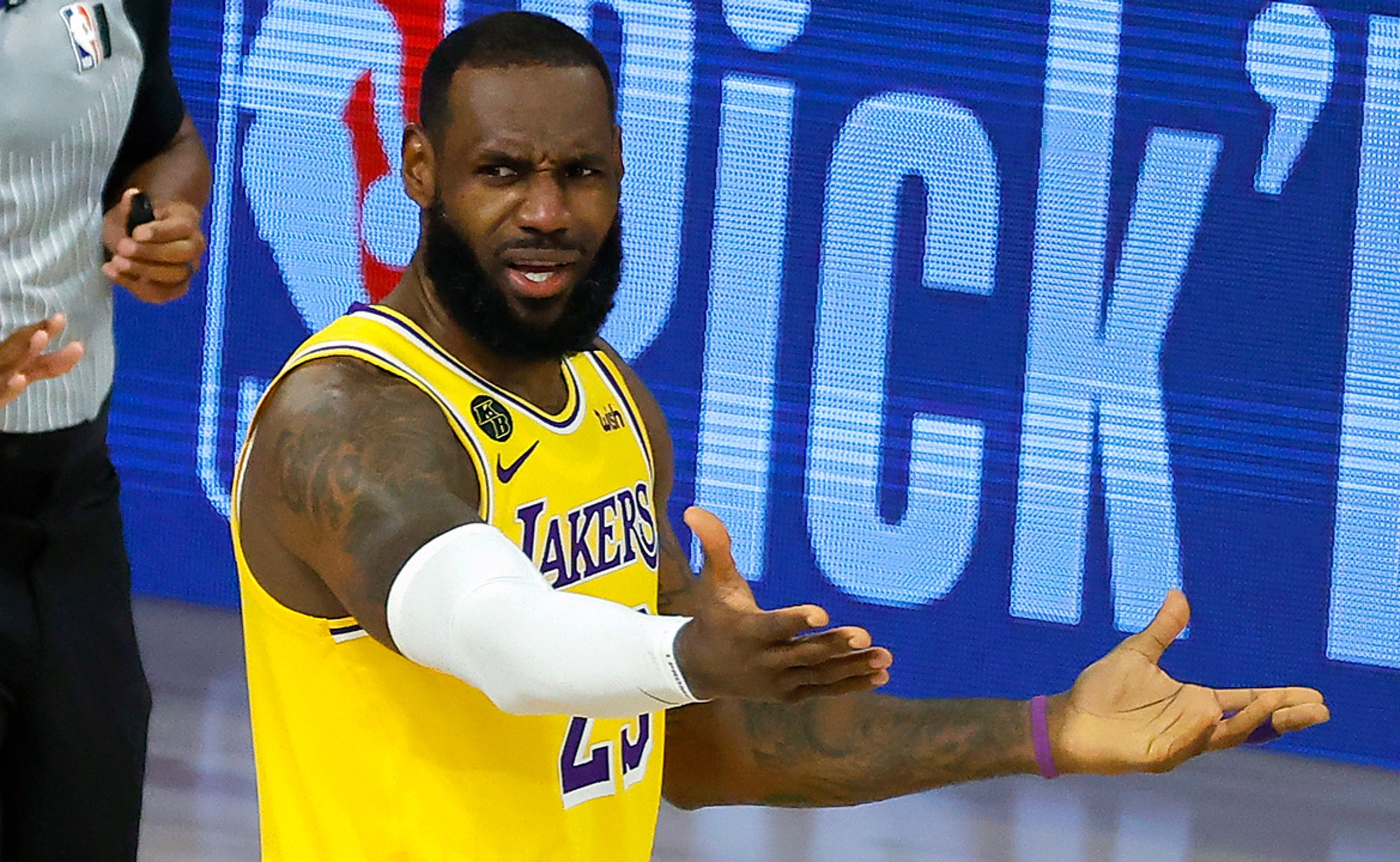 Wednesday was a big day in the NBA both on and off the court, capped by the Celtics' thrashing of the Nets in a 149-115 win. It was a total team effort for Boston, as Jaylen Brown led all scorers with only 21 points.

With the bubble now officially a week old, here are the Top 6 things you need to know from Wednesday's six-game slate.

1. The Lakers played arguably their worst game of the season

Los Angeles clinched the No. 1 seed in the Western Conference on Monday. They have little reason to try to catch the Bucks for the best record in the NBA, since there's no such thing as homecourt advantange this postseason. They also play the Houston Rockets Thursday on the second night of a back-to-back.

Add it all up, and on Wednesday, the Lakers came out flat against a better-than-you-think Thunder squad, losing 105-86.

It was the first game all season in which the Lakers never led and their third-biggest loss on the year. Anthony Davis scored just 9 points on 3-for-11 shooting. LeBron James added 19 points, 11 rebounds and 4 assists.

And give the Thunder credit. While they didn't have a particularly spectacular offensive night overall, they did at times carve up the lackluster Lakers defense, with all five OKC starters scoring in double-figures.

2. The Raptors' defense is absurd — just ask the Magic

Orlando's offense had been pretty potent since the NBA's restart, tying a franchise record for points in a quarter (44) on Sunday. Wednesday, however, they ran into a Toronto buzzsaw, totaling 35 points in the first half — the Magic's season-low for scoring in a half.

The defense perhaps got a little too intense at times, with Aaron Gordon crashing to the floor due to a Kyle Lowry flagrant foul on a drive to the rim.

The two exchanged words briefly after the play, with Gordon eventually leaving the game due to injury.

Although the Magic made a game of it in the third quarter, the Raptors were simply too much, locking away a 109-99 win. Toronto is second in the NBA in defensive efficiency this season, trailing only the Milwaukee Bucks, followed by the Lakers and Clippers.

3. Michael Porter Jr. has a lot of teams kicking themselves

The 14th overall pick in the 2018 NBA Draft went off for 30 points and 15 rebounds in Denver's 132-126 win over the Spurs, marking his second consecutive stellar performance.

Denver's Nikola Jokic had 25 points himself to go along with 11 assists — and after the game, San Antonio coach Gregg Popovich had some mighty high praise for the big man who's actually played point guard in some monstrous lineups.

Fittingly, the two Nuggets connected on a pretty two-man set for an MPJ dunk in the win on Wednesday:

4. Ben Simmons gets some good news after odd injury

In the third quarter of Philly's 107-98 victory over the Wizards, Simmons went up for a rebound, dribbled for a bit before passing to Al Horford, then headed to the 76ers bench and finally to the locker room:

Simmons did not return to the game. Coach Brett Brown told reporters afterward the team wasn't sure about Simmons' status, but according to reports, he seems to have avoided a major injury.

The bubble continues to work:

And that wasn't the only off-court news on Wednesday. The NBA announced it would contribute $300 million over the next 10 years to a first-ever foundation "dedicated to creating greater economic empowerment in the Black community."

6. The Grizzlies are having a rough time

Memphis entered the bubble with a 3.5-game lead on Portland for the eighth seed in the Western Conference, but the Grizzlies are winless in Orlando after their 124-115 loss to the Jazz.

That defeat stings a little worse because it was spearheaded by Memphis' former point guard, Mike Conley, who hit a 3 with the score tied at 102 to start a game-deciding 14-3 run.

The Grizzlies' lead over the Blazers is now down to just one game. On the plus side, both teams looked great in their throwback 90s uniforms:

Doc Rivers Out In Los Angeles
After seven seasons and the most wins in franchise history, Doc Rivers will no longer serve as Clippers head coach.
27 mins ago

The Godfather's Master Plan
The Miami Heat find themselves back in the Finals six years after LeBron James' departure. Here is how Pat Riley did it.
30 mins ago

The King's Case
Championships are often at the heart of the LeBron vs. Jordan debate. So, what would another ring do for the King's resume?
4 hours ago