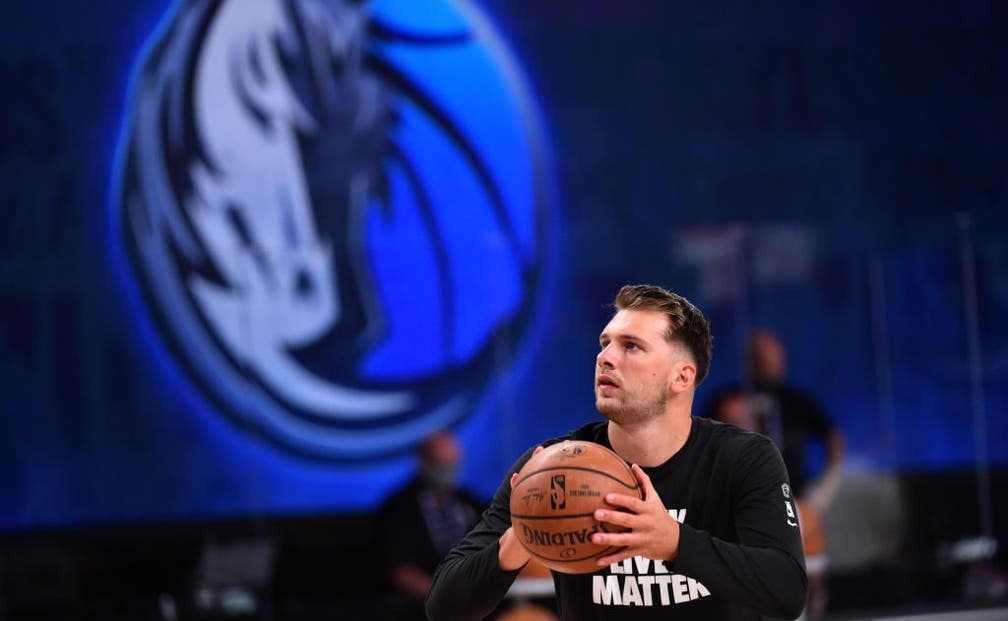 Day 2 in the NBA bubble featured six Friday games, highlighted by Milwaukee's 119-112 win over Boston, and capped off with an overtime thriller between Dallas and Houston, with the Rockets emerging victorious, 153-149.

Here are the top 6 things you need to know from Friday in the NBA:

1. Giannis picked up where he left off

Reigning MVP Giannis Antetokoumpo is back like he never left.

Antetokounmpo put up a monster stat-line in the Bucks win over the Celtics. He connected on 14 of his 20 field goal attempts, and it was his 34th time eclipsing 30 points this season.

It was also his 53rd double-double in 58 games.

2. Doubling 'The Beard' is the new normal

In the first half of the Rockets-Mavericks game, James Harden connected on 7 of 8 shots and scored 26 points, 23 of which came in the first quarter.

Harden was so hot that the Mavericks had to make an adjustment, and make it fast.

ESPN's Doris Burke announced during the third quarter of the broadcast that Harden was double-teamed six times in the first quarter and 12 times in the second, and throughout the rest of the game, he faced double-teams as far as 5-10 feet behind the 3-point arc.

Harden slowed down a bit – meaning he didn't have any more 23-point quarters. But he still finished the game with 49 points.

Orlando Magic forward Jonathan Isaac became the first player in the past two days to stand during the National Anthem.

Players, coaches and officials have chosen to lock arms and kneel during the National Anthem on Days 1 and 2, all while wearing 'Black Lives Matter' t-shirts.

Isaac chose to stand and where his uniform, and explained his decision after the game.

Third-year Sacramento point guard De'Aaron Fox came back better than before, dropping a career-high 39 points on Friday in the Kings' 129-120 loss to San Antonio.

It was the 9th 30-point game of his career. The Kings are 6-3 in those contests.

5. Defense at a premium in Mavs-Rockets game

Not a lot of defense was played in the Dallas-Houston game – and that's putting it generously.

After one quarter, the two teams had combined for 84 points.

And at halftime, they were at a combined 160 points.

Coming into the bubble, the Grizzlies sat in 8th place in the West, with Portland in 9th and San Antonio in 10th. Memphis maintained a 3.5 game cushion on the Blazers and a 4-game lead on the Spurs.

But after Portland beat Memphis in overtime, and San Antonio defeated Sacramento, the Blazers only trail the Grizzlies by 2.5 games and the Spurs trail Memphis by 3 games.

Next up for Memphis is a critical Sunday matchup with San Antonio. The Blazers will next face the Celtics on Sunday.

KD Cameos In Drake Video
Kevin Durant, one of the NBA's biggest and brightest stars, is enjoying life outside of the bubble.
1 min ago

Dodger Stadium To Become Voting Site
LeBron James' 'More Than A Vote' organization is partnering with Dodgers Stadium to help facilitate voting in LA County.
17 hours ago
those were the latest stories
Want to see more?
View All Stories
Fox Sports™ and © 2020 Fox Media LLC and Fox Sports Interactive Media, LLC. All rights reserved. Use of this website (including any and all parts and components) constitutes your acceptance of these Terms of Use and Updated Privacy Policy. Advertising Choices. Do Not Sell my Personal Info