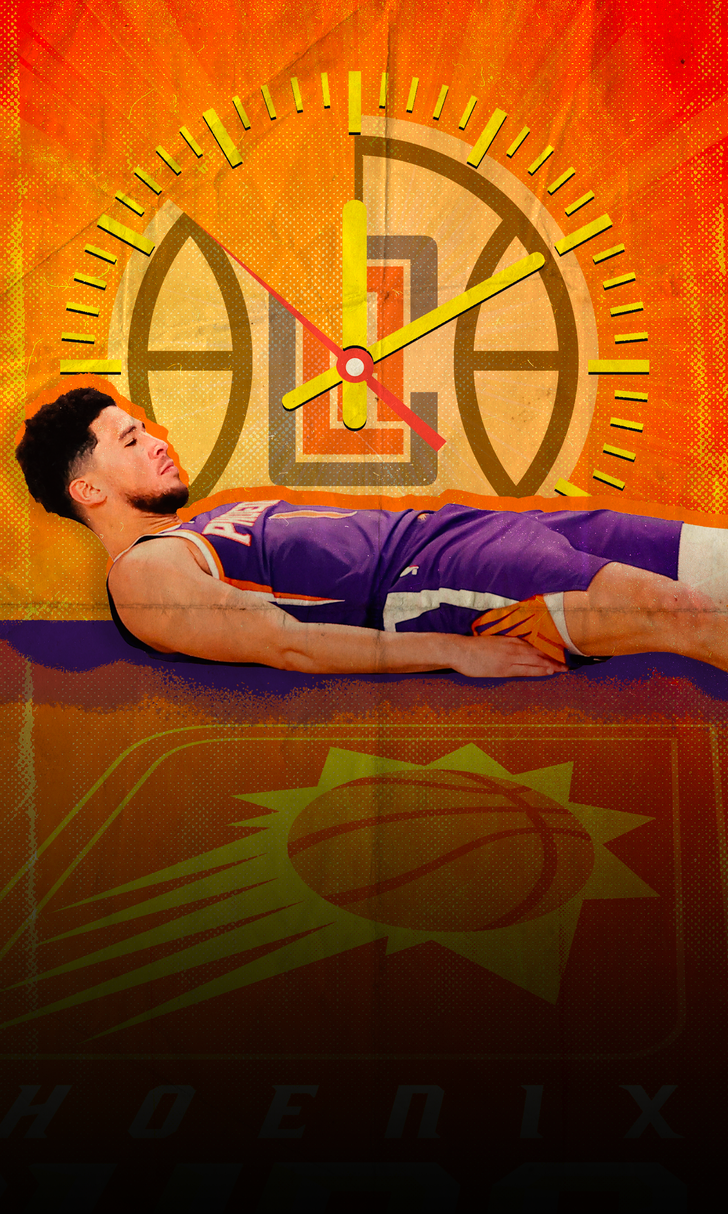 Tuesday in the NBA featured six games, capped off by a 110-102 win for the Portland Trail Blazers over the Houston Rockets.

Here are the Top 6 things you need to know from Tuesday in the NBA:

Devin Booker proved on Tuesday why he belongs in the conversation for best shooting guard in the NBA.

On top of the walkoff bucket, Booker dropped 35 points and 8 assists on the Clippers, and in three bubble games, he's averaging 30.7 points and 5.3 assists.

Even his peers know he's the business.

Behind Booker, the Suns are 3-0 since the NBA restart and slowly creeping up the Western Conference standings with five seeding games left. Even though they are in 12th place in the West, they are only 3 games behind 8th place Memphis.

Even if the Suns went 8-0 in the bubble, they would need help from several teams in front of them – meaning those teams would have to lose.

But that's another story for another day. Tuesday was about D-Book.

On a side note, sixth man extraordinaire Lou Williams returned for the Clippers on Tuesday. As of last week, he was forced to quarantine for 10 days after leaving the bubble for a family emercency and paying a visit to Magic City in Atlanta during his absence.

Williams finished with 7 points, 6 rebounds and 6 assists in 21 minutes against Phoenix.

At the top of the 2018 NBA Draft, Sacramento had him. He was sitting right there.

Luka is leading the NBA in triple-doubles this season with 16, and in his second year, he is averaging 28.9 points, 9.3 rebounds and 8.8 assists.

In 62 games last season, a rookie Marvin Bagley III – whom the Kings did select with the No. 2 pick in 2018 – averaged a respectable 14.9 points and 7.6 rebounds in 62 games, but this season, he was limited to only 13 games due to right thumb and right foot injuries.

Bagley was averaging 14.2 points and 7.5 rebounds before the NBA restart.

3. Milwaukee lost to who?

The Milwaukee Bucks lost to the short-handed – you could also go with 'no-handed' – Brooklyn Nets on Tuesday, but it really wasn't that big of a deal.

Well, it was kind of a big deal to Brooklyn.

Brooklyn has indeed defeated both the Bucks and Los Angeles Lakers in their past four games, but that win against the Lakers was back on March 10 – before the season was halted – and in Tuesday's win over Milwaukee, no Bucks starter played more than 20 minutes.

Don't panic, Bucks fans. Your team is officially looking ahead to the playoffs.

Maybe, he just can't be stopped.

After scoring 53 points in a win over Philadelphia on Saturday, followed by a 34-point performance in a win over Washington on Monday, Warren scored 32 points on Tuesday in an Indiana win over Orlando.

Boston fell for the second time in three games in the NBA bubble, and the Celtics have now lost six of their last nine, dating back to March.

All five Celtics starters scored in double-figures on Tuesday, led by 23 points from Tatum. However, they still lost to a Miami Heat team playing without its star in Jimmy Butler.

The Boston bench was outscored 43-24 on Tuesday, and the Celtics have not won the assist or turnover battle in their three bubble games.

Boston will take on Brooklyn on Wednesday, but will be without All-Star point guard Kemba Walker, who will rest on the second night of a back-to-back, according to Celtics coach Brad Stevens.

With the win on Tuesday, Miami is now only 1.5 games behind Boston for the 3-seed in the East. Whichever team wins the No. 3 seed will be opposite the Milwaukee Bucks in the Eastern Conference playoff bracket.

The Houston Rockets are committed to firing up as many threes as possible on a game-to-game basis, and for fans, it makes for some very intriguing viewing, considering the Rockets' ability to take and make threes means they are never out of a game.

But on Tuesday, the long-ball failed Mike D'Antoni's squad.