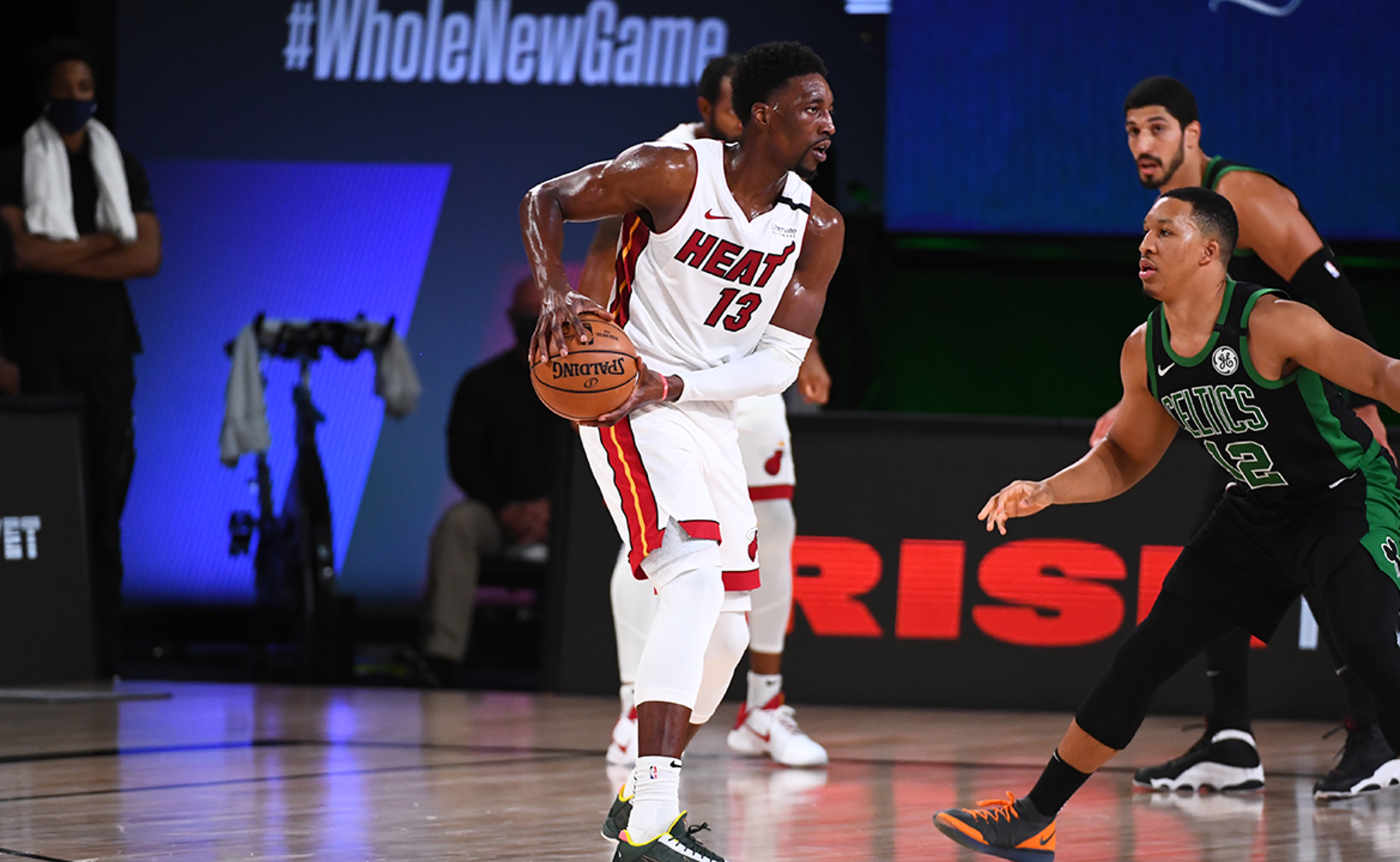 Never count out the Miami Heat.

For the second straight game, the Heat came roaring back after trailing big, earning a 106-101 win over the Boston Celtics, taking a 2-0 series lead in the Eastern Conference Finals

Here are the key takeaways from Thursday's Game 2:

After trailing by 14 points in Game 1 before coming back to win in overtime, the Heat trailed by as many as 17 in the second quarter and 13 at halftime, before outscoring the Celtics 37-17 in the third quarter, entering the fourth quarter with a 7-point advantage.

And now, for the first time this postseason, the Celtics find themselves in uncharted waters.

The Celtics were dealt their first Game 1 loss of the playoffs, and now they have lost two games in a row for the first time this postseason.

In Game 1, Bam Adebayo made the play of the game, blocking Jayson Tatum's potentially game-tying dunk with seconds left in overtime.

But in Game 2, Adebayo made his presence felt on the offensive side of the floor.

Adebayo served as the offensive catalyst for the Heat in the third frame, scoring 15 points in the quarter to help the Heat swing the momentum of the game.

For the game, Adebayo finished with 21 points and 10 rebounds, and the Heat are now 4-0 in the playoffs when Adebayo scores 20 or more points.

They are 7-1 when he notches a double-double.

While Heat fans might view their team as resilient, Celtics fans might not feel the same any longer, particularly when it comes to the start of the second half.

In their last nine third quarters of this postseason, the Celtics have been outscored in eight of them, by 46 points overall.

The Celtics are now 4-5 in those nine games.

The frustration with this loss in particular boiled over into the locker room after the game, with Marcus Smart being audibly upset with the result, as well as other members of the team.