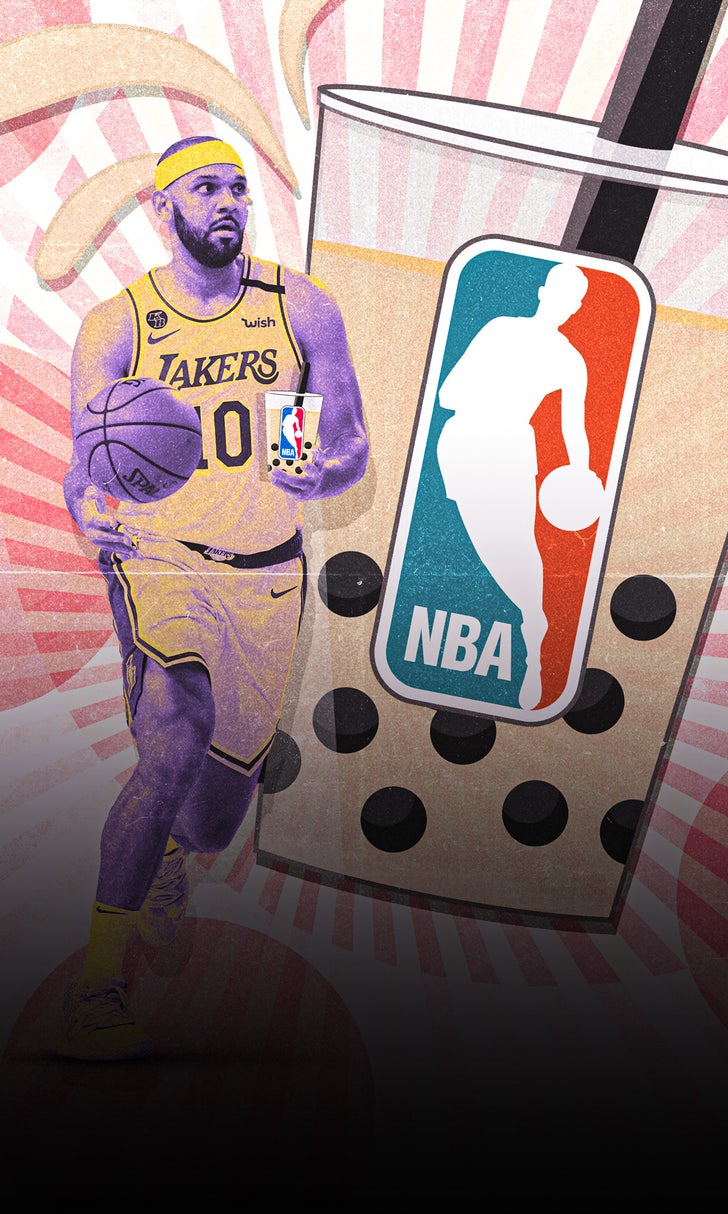 The NBA's bubble is a thing of the past, but there's still plenty of drama floating out from last season's lengthy trip to Lake Buena Vista, Florida.

The nearly 100-day stay for the Los Angeles Lakers in the bubble culminated in an NBA Finals triumph against the Miami Heat, as LeBron James earned his fourth title.

Now, a detailed account of the NBA bubble and the Lakers' run has emerged from veteran Jared Dudley, who just released a 42-page book on the experience.

One behind-the-scenes nugget from Dudley has caused a buzz around the NBA, a passage he wrote about Paul George and trash talk from the Los Angeles Clippers. 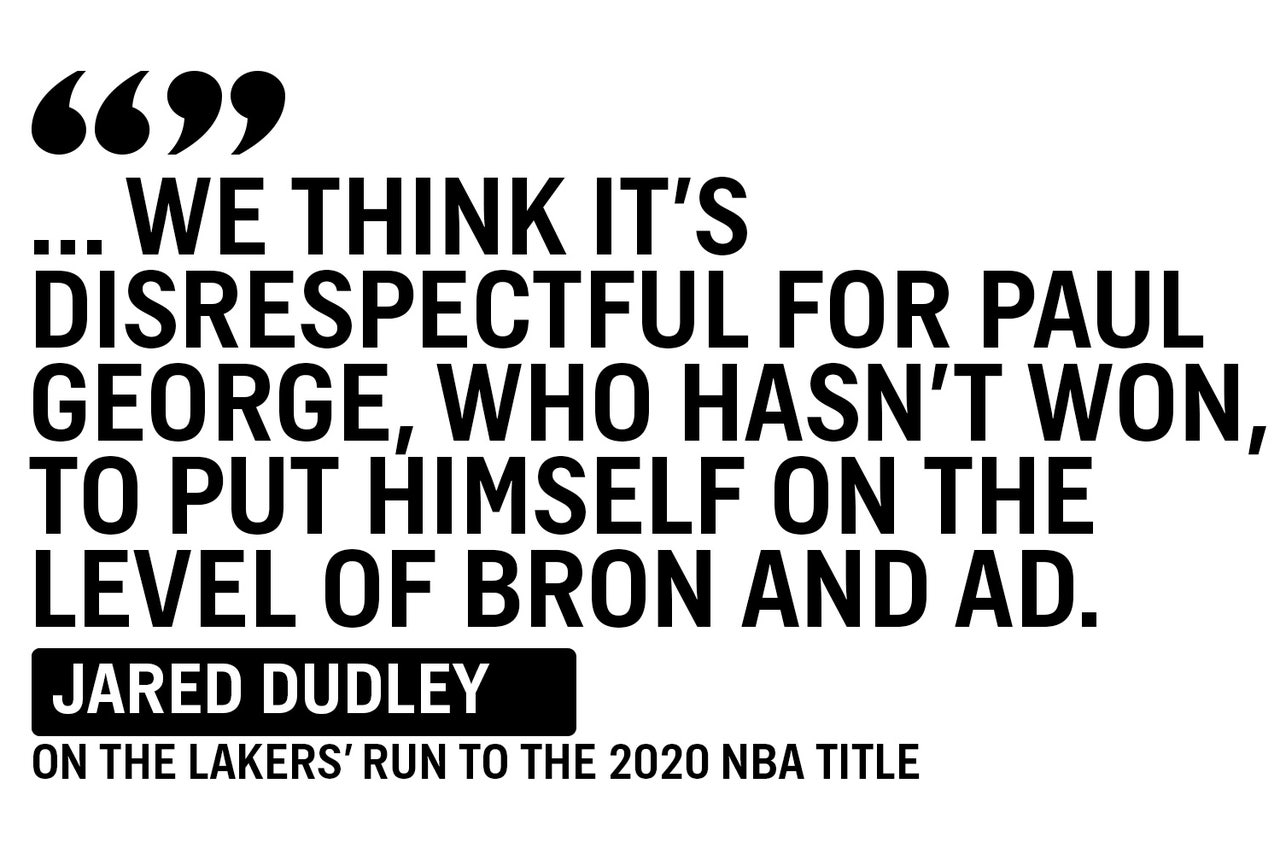 And the full context of the quote helps illustrate that it wasn't necessarily what was being said that irked the Lakers, but rather, who was saying it. Here's what Dudley wrote, via SB Nation:

"We hear some of those guys talking about how they’re the team to beat in LA. It’s fine if Kawhi [Leonard] says stuff like that. He’s defending a championship. We don’t trip if someone like Patrick Beverley is talking trash; that’s how he feeds his family. We get it. We respect the hustle. But we think it’s disrespectful for Paul George, who hasn’t won, to put himself on the level of Bron and [Anthony Davis]. This motivates us." 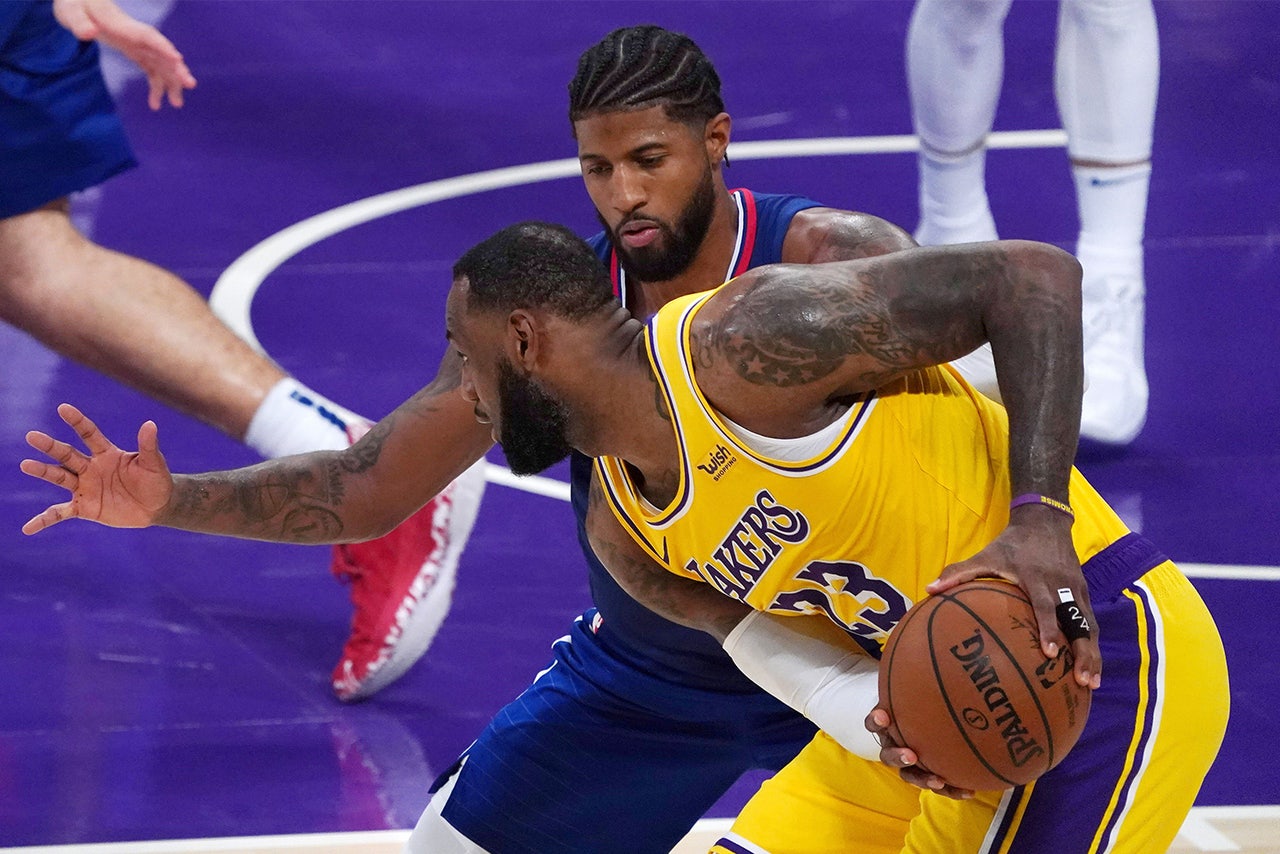 While most onlookers predicted the Lakers and Clippers would be able to settle their beef on the court in the Western Conference Finals, the Clippers didn't hold up their end of the bargain.

Instead, the West's No. 2 seed blew a 3-1 series lead in conference semis against the Denver Nuggets, who went on to lose to the title-bound Lakers.

But why would the Lakers have taken additional umbrage to George's slights? Now in the 10th season of his career, the 30-year-old Clippers forward has made six All-Star Games and five All-NBA teams.

And while extensive playoff success has eluded him ⁠– 41-48 in 89 starts ⁠– it's not as though George is a scrub.

Nevertheless, Shannon Sharpe believes George holds a different perception of himself than the rest of the league does.

"He's viewing himself like he's LeBron, like he's [Kevin Durant], like he's Steph [Curry] ... [Players] are like, 'Hold on, PG. ... There's tiers. There's levels to this. And these guys that I just mentioned, they're top-shelf. You're not on that shelf. So stop thinking you should be on that shelf.' So people took issue to that."

But Dudley's comments perplexed ESPN's Stephen A. Smith a bit.

To him, Leonard was the main source of the Lakers' motivation, not George.

"[Leonard] won the championship in Toronto. ... Come to L.A., got the commercial from New Balance. Driving the convertible down the highway in L.A., the king's crown dangling from his mirror. ... He was coming for LeBron. ... And if you're LeBron James, you knew everybody and their momma was waiting for that confrontation."

Skip Bayless outright dismissed Dudley's commentary, for the most part, acknowledging that while Dudley's a "good man with a big heart," the 14-year veteran isn't much more than a locker-room guy for LeBron and the Lakers at this point.

"He was like mopping up for the mop-up. He comes after the janitor. ... So, my response last night was ... the response that Ben Simmons had to Jared Dudley a couple of years ago ... 'It's coming from Jared Dudley, come on.'"

For his part, George took the high road when asked about Dudley's book, following a 36-point game against the Cleveland Cavaliers on Wednesday night.

And Dudley clarified his comments on Thursday, stating that George is entitled to say whatever he wants, and that the Lakers can interpret what's said however they want.

"Listen, my comments were more about how we viewed it as motivation. Paul George is a hell of a player, MVP candidate. What he said wasn’t wrong. But the difference is, there is a difference in how we see someone like LeBron, A.D., them not saying anything. Them saying. 'You know what? We'll find out who the king of L.A. is on the court.' And last year we found out."

The second half of the 2020-21 NBA schedule has yet to be released, but the Lakers and Clippers only played once in the first half ⁠– on Opening Night.

Their next date will be circled in red pen if it wasn't already.

Enter the NBA Challenge contest on the FOX Super 6 app for free and you can win this week's $25,000 jackpot! Download now at foxsuper6.com!

Center Of Attention
After dominating the first half of the NBA season, is Joel Embiid currently the MVP and best player in the NBA?
5 hours ago

All Love In H-Town
Even after an ugly breakup, James Harden got a warm welcome from the team and fans with whom he spent eight seasons, Melissa Rohlin writes.
19 hours ago

Paid Time Off
The rarest of NBA occurrences is set to take place on Wednesday in Sacramento: LeBron James will miss a game to rest.
1 day ago
those were the latest stories
Want to see more?
View All Stories
Fox Sports™ and © 2021 Fox Media LLC and Fox Sports Interactive Media, LLC. All rights reserved. Use of this website (including any and all parts and components) constitutes your acceptance of these Terms of Use and Updated Privacy Policy. Advertising Choices. Do Not Sell my Personal Info