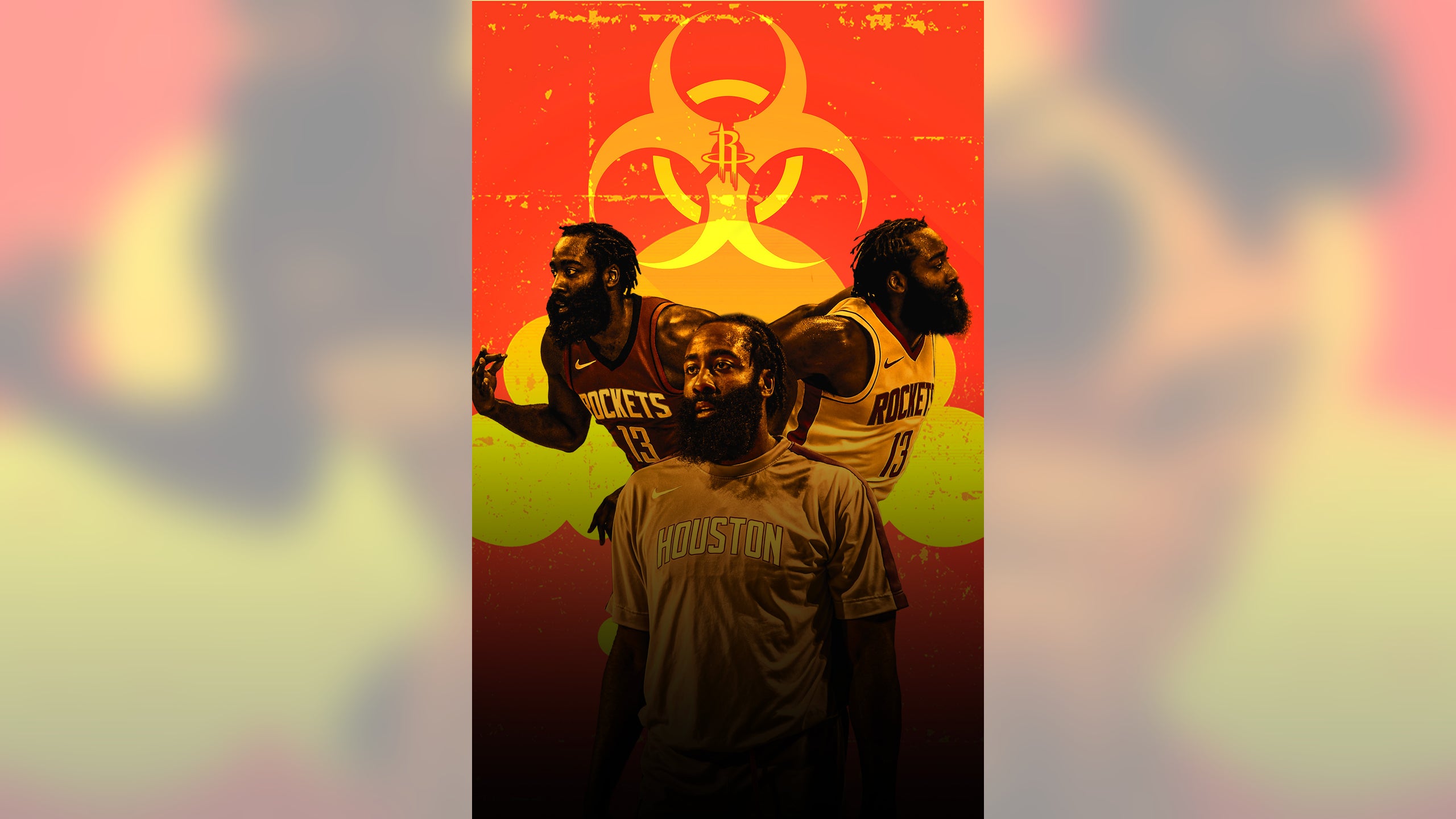 previous story
Back to the Futures: The 2022 Title Picture
next story
Taking Its Toll
National Basketball Association

A tipping point has been reached in Houston.

James Harden, following Tuesday's 117-100 loss to the Los Angeles Lakers, let loose on his situation with the Houston Rockets.

"We're just not good enough ⁠— chemistry, talent-wise, just everything ... I love this city. I literally have done everything that I can. I mean, this situation is crazy. It's something that I don't think can be fixed."

Harden ended his media conference following that scathing assessment of his team.

John Wall, who arrived in Houston prior to the season in a swap for Russell Westbrook, offered a measured rebuke of his teammate's comments.

Mired at 3-6 to start the season and looking less and less like a playoff team, the Rockets are in dire straits.

While it was clear before the season that Harden wanted out of Houston, Tuesday's media conference marked the first time that Harden expressed his displeasure ⁠to this extent — at least vocally.

On the floor, Harden's disinterest has been quite apparent. The league's leading scorer the past three seasons is averaging 24.8 points in eight games so far this season, on pace for his lowest average since he left the Oklahoma City Thunder after the 2011-12 season.

His numbers the past four games are even more telling, with an average of 16.5 points on 40 percent shooting and 25 percent from behind the arc.

Despite showing up to Rockets camp late and not in peak physical condition, he popped off games of 44, 34 and 33 points to start the season. 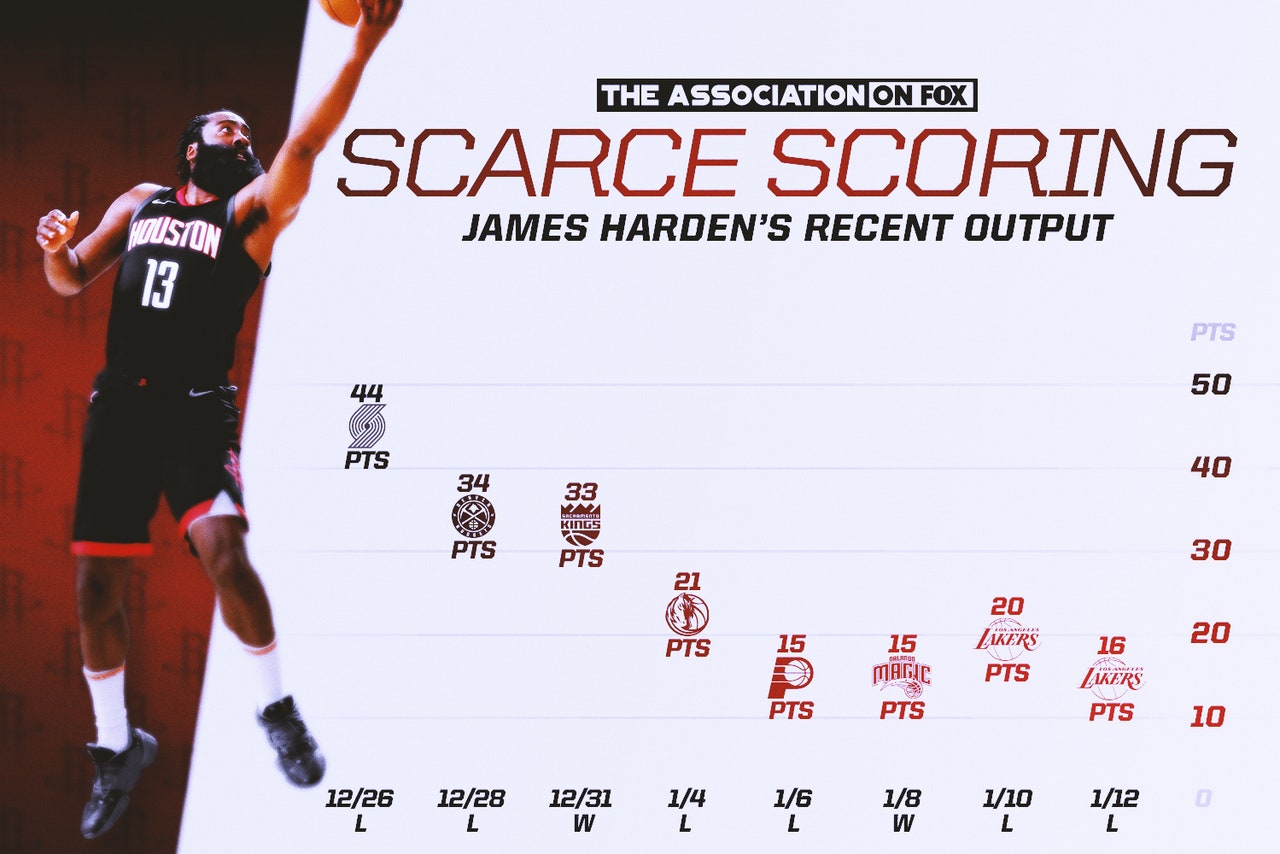 Perhaps that was a message to potential suitors that he's still the Harden we all know, but he is finished giving max effort for the Rockets. FOX Sports NBA analyst Chris Broussard acknowledged that he's seeing a "half-speed" Harden.

Nick Wright gave his assessment on First Things First and didn't hold back.

"It is a five-alarm fire that James Harden continues to pour kerosene on ... They're not sending you half-checks. You're not supposed to give half effort."

It's clear that the Rockets are in a dicey situation, saddled with an unhappy superstar who's making more than $40 million per year for the next three years.

What's more, the Rockets are trying to grant Harden his wish, per ESPN's Adrian Wojnarowski, while still doing what makes sense for the team.

"For the Rockets organization, they continue to try to find a deal that gets them maximum value for Harden because you only get one chance to trade a player of this caliber. You've gotta get back as much as you can."

But Harden isn't making it easy.

As Shannon Sharpe pointed out on Undisputed, Harden's reluctant displays make it more difficult to move him to a different team.

Where should the Rockets turn?

FOX Bet provided some unactionable odds on Harden's next team via trade, with the Philadelphia 76ers ⁠— and former Rockets GM Daryl Morey ⁠— leading the way at +150.

How about another franchise in the throes of chaos with a mercurial superstar, the Brooklyn Nets? FOX Bet has them as second-favorites at +200, with the Miami Heat coming in at +275.

There's a buzz about Brooklyn, to be sure.

If Wright is on the money, the Nets could provide Houston the escape hatch they've been looking for.

The question is: Will they pull the trigger?