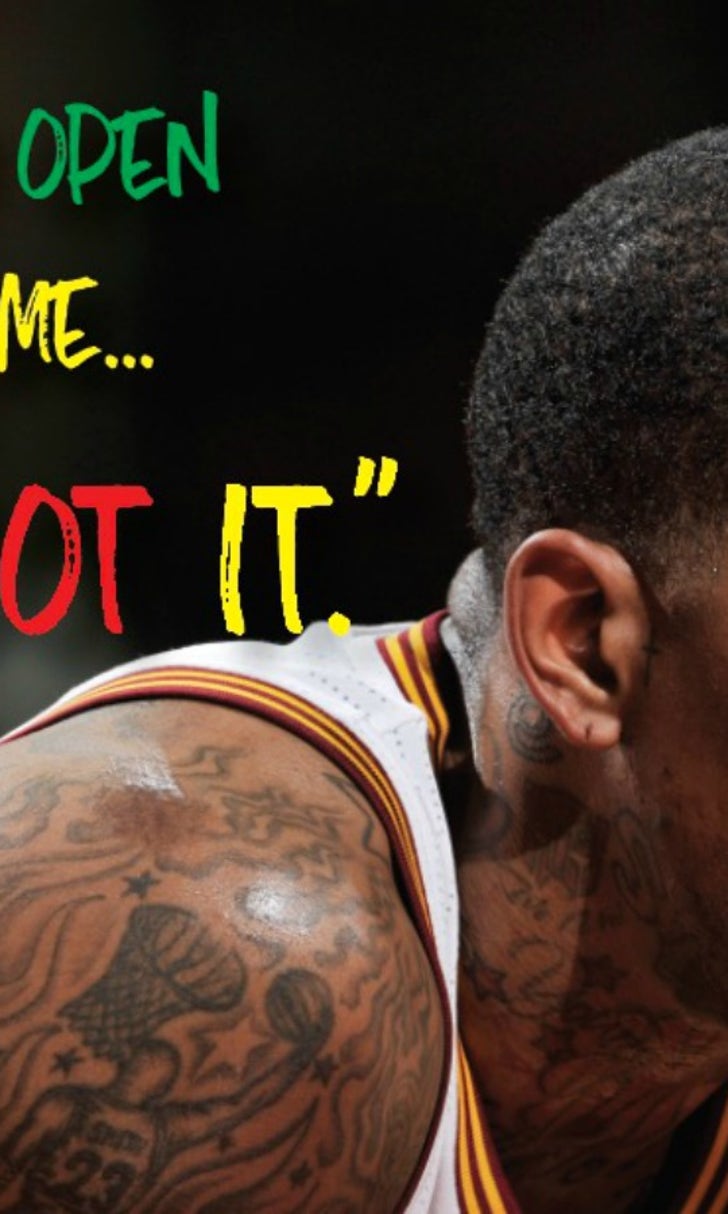 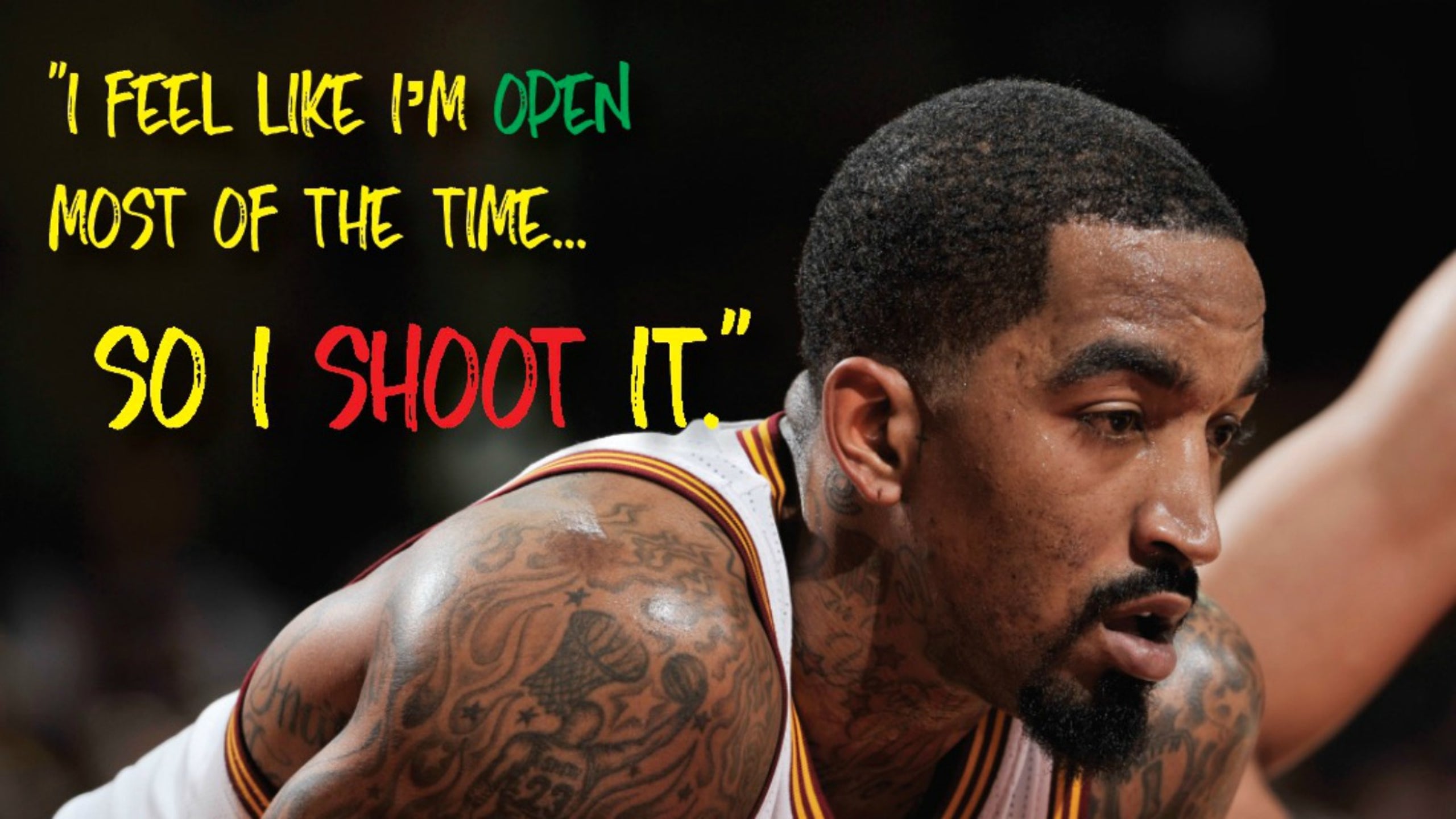 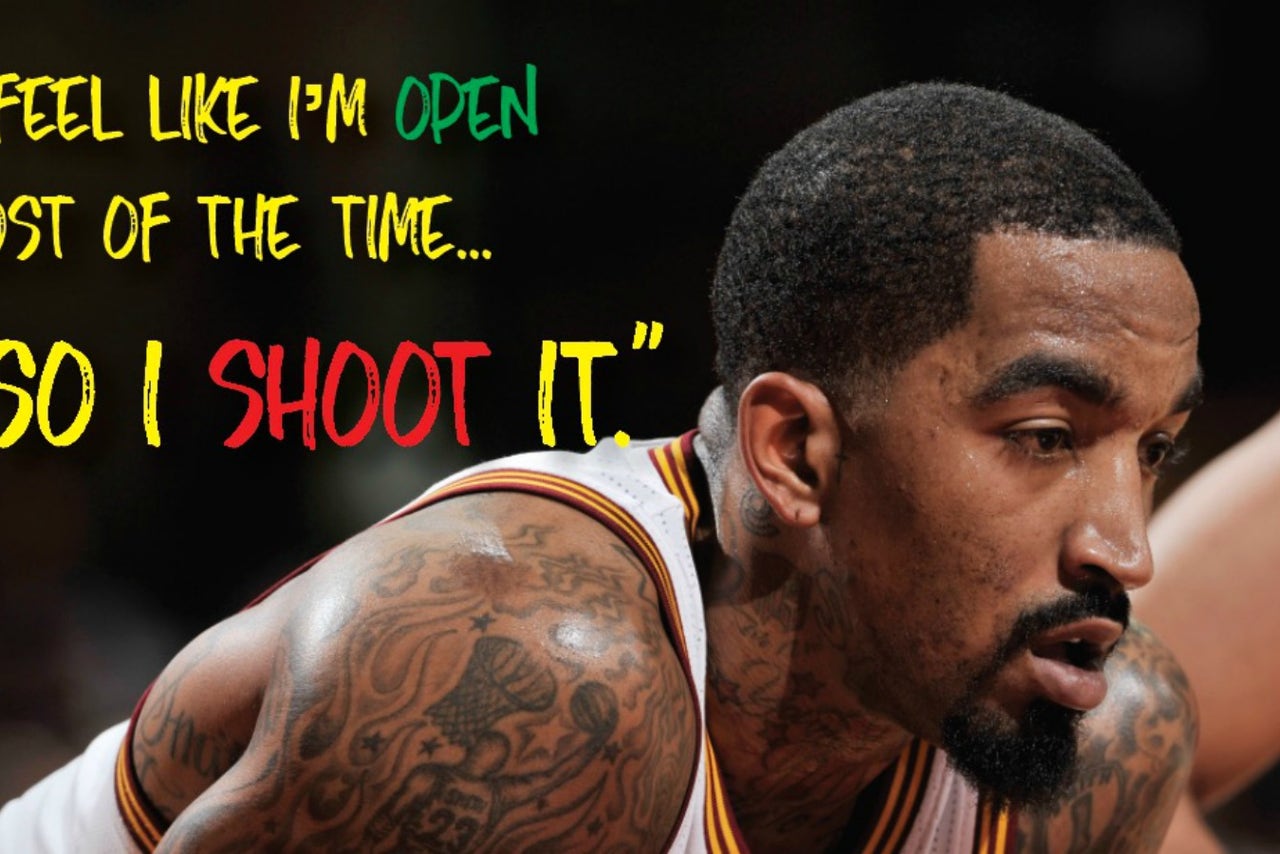 J.R. Smith is Cleveland's special sauce - - the loosely bolted turbocharger that will either backfire or slingshot this Cavaliers team into orbit, as evidenced by his 23-point Game 2 performance that ignited a historic downpour against the Atlanta Hawks.

This effect boils down to a simple, irreducible truth: when J.R. is on, the Cavs are on. But this doesn't fully cover the scope of the 30-year-old shooting guard's impact on the team.

Because J.R. Smith is more than just a shooter—he's a philosopher and quote machine whose wisdom sets the tone for the entire locker room.

The following are nine priceless J.R. Smith quotes from the 2015-16 season. Through good and bad, Swishtradamus has been there, teaching us life lessons through basketball as only he can:

1) "My teammates tell me to shoot the ball when I'm open. I feel like I'm open most of the time, so I shoot it."

Ask Kyle Lowry about the importance of confidence in the playoffs, because the belief in one's self is what keeps you from devolving into a pile of passed-up field goal attempts.

This is from 2015, but I find it's the J.R. quote that may be more applicable now than ever. The Cavs are on a roll, and the last thing they need now is timidity.

Shoot your shot, Cleveland. And you just might make it all the way. Because now, of all times, is no time for half-measures.

Dan is on Twitter. "Get chicks or die trying: The J.R. Smith Biopic." 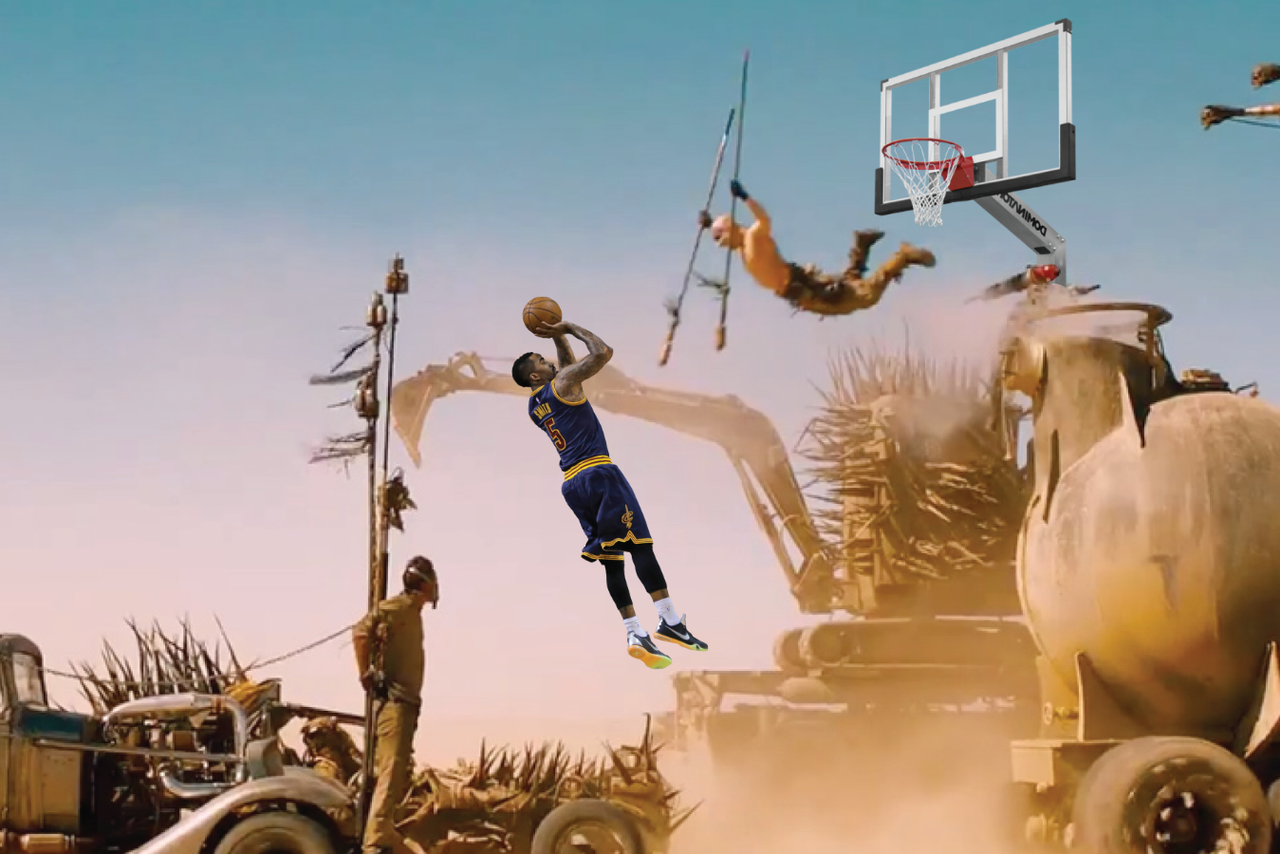 How to win $25,000 on NBA Wednesday
A possible NBA Finals preview looms, as the West's top team heads to Philadelphia to face the East's top dog.
12 hours ago

Coming Out Party
If you didn't know Collin Sexton before Wednesday night, his 42 points against the Nets was a worldwide introduction.
5 days ago

Who Will Land No. 1?
The NBA Draft Lottery is set for tonight. Which team will land the franchise-altering top pick in 2020?
August 20, 2020
those were the latest stories
Want to see more?
View All Stories
Fox Sports™ and © 2021 Fox Media LLC and Fox Sports Interactive Media, LLC. All rights reserved. Use of this website (including any and all parts and components) constitutes your acceptance of these Terms of Use and Updated Privacy Policy. Advertising Choices. Do Not Sell my Personal Info