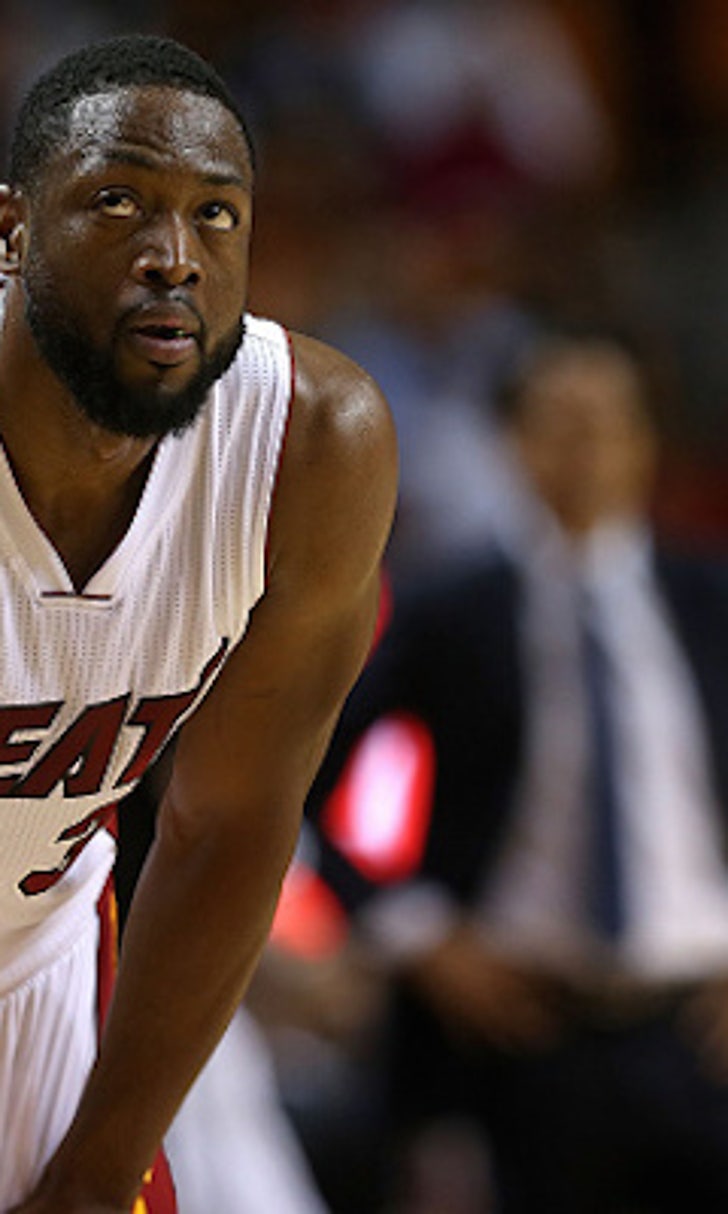 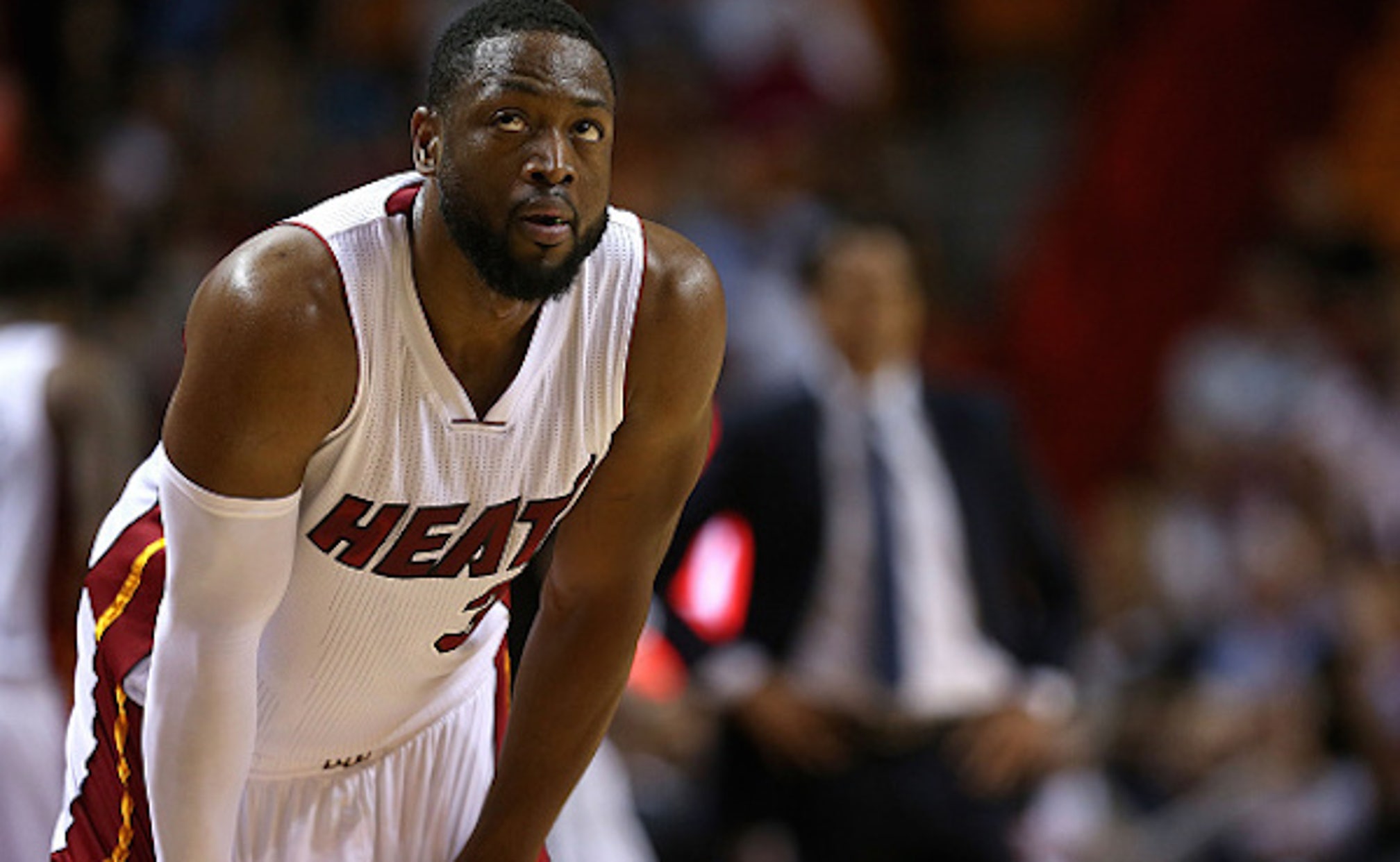 Heat finally failed this season, but in a way still suceeded 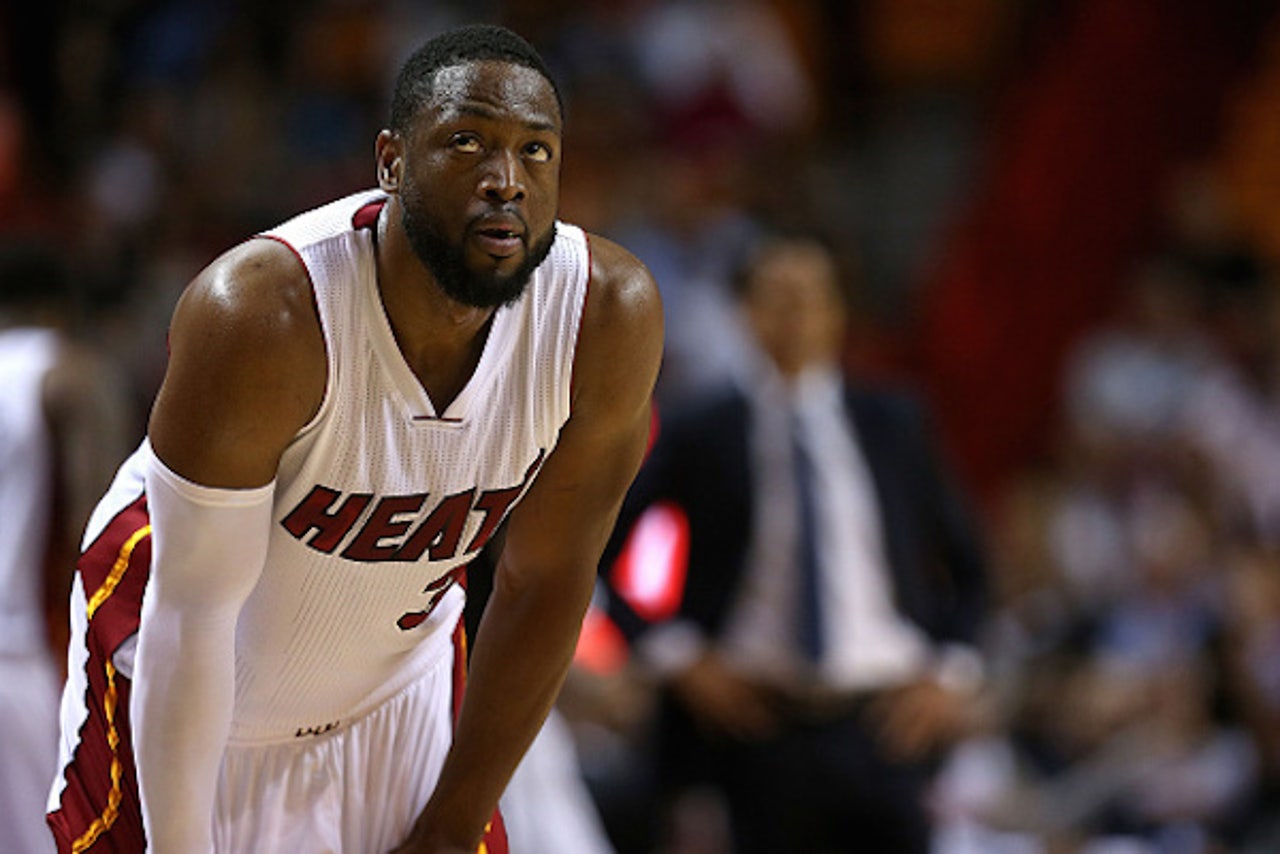 There are plenty of people on this green earth who coach and play sports. For these men and women, the DNA of athletic success is so deeply coded into the human organism that it’s a sin against nature to view any loss as “good.”

Thus begins a counterintuitive examination of the most successful “bad season” in the 2015 NBA … especially since the New York Knicks decided to win this past week.

If placed in a room with a coach or a former athlete, I wouldn’t speak of “a good loss.” Moreover, after seeing Kentucky lose to Wisconsin in the NCAA tournament, my belief in the need for Kentucky to have lost a game prior to the NCAA tournament was actually reduced. Having seen Wisconsin treat that Kentucky game as a Super Bowl, I was forced to concede to myself that the Badgers would have given Kentucky a serious push regardless of whether the Wildcats had lost a game or not.

I still believe in the notion of a “good loss,” but I would just as readily acknowledge that the story of 2015 Kentucky just doesn’t fit the profile of a team that needed a good loss to win a championship.

What’s a great example of a team that didn’t merely suffer one good loss, but a wonderful large-scale failure to make its postseason? The Miami Heat.

A point of clarification is needed at the outset: Had Chris Bosh not encountered medical problems (thank goodness the blood clots on his lungs were found in time), Miami would have become a scary — albeit thin — team in the Eastern Conference. If Bosh had been able to play normal minutes at a high level, the quintet of Bosh, Dwyane Wade, Goran Dragic, Luol Deng, and Hassan Whiteside would have stood on par with the other starting fives in the East. The bench probably would have kept Miami from defending its East title, but in a conference this weak, that starting five would have placed — and kept — the Heat in the Eastern Conference conversation. When Bosh’s blood clots were spotted, though, everything changed. What you’ve seen from the Heat since Bosh left the lineup is exactly what everyone expected under these altered circumstances.

Even in the East, this was a marginal playoff team at best. Once Bosh was sidelined, the absolute ceiling for this team went from “possible but not primary Eastern Conference contender” to “seventh seed and grab one game against the second seed.”

Realizing all this, ask yourself the following question: “Which 2015 season outcome would serve the Heat’s long-term interests and goals — making the playoffs and getting smashed by Cleveland or Atlanta in four or five games, or missing the playoffs entirely?”

Before you answer that question, keep in mind that no two situations are created equal. The Utah Jazz, for instance, would have benefited greatly from being able to play Golden State in the playoffs and get swept. That, of course, won’t happen. In the East, the Boston Celtics would learn a lot just by getting swept in the first round by Atlanta or Cleveland. Young teams with players who need to develop (and be developed by their coaches) have a lot to gain from any playoff appearance whatsoever. The fact that the Jazz and Celtics both decided to start fresh in recent years only affirms the need for them to gather more experience in the service of future aspirations.

The Miami Heat, to put it mildly, do not occupy that same situation. They’re worlds apart from the Jazz and Celtics in terms of how they were built, what their expectations are, and where they presently stand.

The point should be rather clear: Miami is a relatively older team (minus Whiteside). It’s a team which expects to win championships, not merely move up the ladder and make the second round of the playoffs. Those two qualities alone make the Heat the kind of team that is better off missing the playoffs than getting an eight-seed and exiting the stage in no more than 10 days. Yet, the aspect of the Heat’s situation which really cried out for a “happy failure” to make the NBA playoffs was Dwyane Wade’s body.

Herein lies something of an irony: If the Heat had really wanted to make the playoffs this year, they would have rested their more fragile (and important) players against teams they probably wouldn’t have been able to beat at full strength.

Yet, Miami watched Wade get hurt against the Cavaliers in Cleveland on April 2, forcing him to be well below his best for a crucial stretch run of games against less threatening opponents. Ethan Skolnick of Bleacher Report fleshed out this line of thought.

The irony, then, is that by making the wrong choice in terms of reaching the playoffs this season, the Heat made the right long-term choice. Dwyane Wade — who had to pick and choose his spots in each of the final two seasons with LeBron James, such that he missed roughly one-third of the 2014 regular season — has played into the second half of June each of the past four years.

Bosh, due to his recuperation process, has a body which — upon recovery — should be substantially replenished next year. Being accompanied by a worn-down Wade wouldn’t have made much sense for Bosh or the Heat, but an offseason of two additional months should give Wade’s body a much better chance of bouncing back for the 2015-2016 journey. Udonis Haslem, Chris Andersen, and Mario Chalmers can also benefit from a much more expanded offseason … if they come back for next season, of course.

This is not an argument which tries to suggest that “If you can’t win it all, don’t even try.”

No, that’s not the point — framing the discussion that way would be an insult to any group of competitors. Striving with an incomplete team under imperfect circumstances is what coaches and players are trained to do. The argument in support of a “good loss” or “delightful failure” has to involve something deeper than not being as good as one hopes to be. In the Heat’s case, it’s not their imperfect roster — their assemblage of players with a healthy Bosh probably still wouldn’t have been able to return to the NBA Finals this season. The Heat would have needed to show what they could do under those circumstances, had they existed.

No, the reason the Heat needed to fail to make the NBA playoffs this year is that injuries and medical issues smothered their aspirations — for much of the season as it evolved, and then right after the Dragic trade ever-so-briefly ignited hopes that the Heat could be a darkhorse contender. The accumulated strain from four straight NBA Finals appearances — something only two other franchises had ever achieved (the Los Angeles Lakers and Boston Celtics) — represented a beyond-the-ordinary reason for the Heat to physically (and mentally) regroup in light of all that’s happened to them in this luckless transitional season following the LeBron years. The Miami Heat could once again be great next season. Missing the 2015 playoffs gives this organization a much better chance of attaining that greatness.

In the opening segment of the Catholic Easter Vigil liturgy, the words “O happy fault, O necessary sin of Adam” are proclaimed. The theological interpretation is that the sin of Adam created a world which needed the redeeming intervention of God in the form of Jesus. For the Miami Heat, that notion of a “happy fault” very much applies here. We all know that Easter celebrates an event called the resurrection. That’s exactly what the Heat are planning for 2016 … and by missing the playoffs, they’ve made their resurrection that much more possible and realistic.

NBA Free Agency Tracker
The NBA free agency period is officially underway. Stay up to date with all the latest moves across the Association!
17 hours ago

Tinseltown Tussle
The rivalry between the Lakers and Clippers has spilled into the offseason. Who's winning this Hollywood fracas so far?
22 hours ago