Tim Duncan had just made two free throws when he heard the word ''congratulations'' from a San Antonio teammate.

''It took me a second to catch on,'' Duncan admitted Friday night after the Spurs' 94-82 win over the Utah Jazz.

After scoring point No. 20,791 to set the Spurs' career record, the star forward can be forgiven for the momentary mental lapse.

''I'm just happy for him,'' Spurs coach George Popovich said of Duncan, who now has 20,797, seven more than David Robinson scored in 14 NBA seasons. ''You know he is the driving force behind our championships and for him to have the record now with games played and points is appropriate.''

Duncan, who eclipsed the scoring mark with 5:28 left in the third quarter, also became the Spurs' career leader in games played with 988 - one more than Robinson.

What seemed most important in Duncan's mind was that he broke the record in a Spurs victory, which improved them to 10-1 for the first time.

''It was a great win for us,'' said Duncan, who added 14 rebounds and three blocked shots. ''It was not particularly pretty, kind of ups and downs, but great defensively and great to get that milestone behind me.''

Duncan said it also gives him ''bragging rights'' over Robinson.

While Duncan's minutes and scoring average are down this year, he showed Friday he still has plenty left in the tank.

''We knew it was going to happen sooner or later,'' Spurs guard Manu Ginobili said. ''We are just proud of him and I bet that he has many hundreds to go.''

Duncan and Tony Parker (24 points) were the difference down the stretch.

Utah, plagued by another slow start, rallied from a 15-point deficit to tie the game late in the third quarter. But unlike recent road wins against Miami, Orlando, Atlanta and Charlotte, the Jazz (8-5) couldn't pull off another double-digit comeback.

Parker and Duncan combined for 10 fourth-quarter points as San Antonio ended a five-game losing streak against the Jazz.

Parker's dribble penetration was key in getting San Antonio rolling.

''We tried to make a few adjustments, but a guy like that, you can try to keep him out of the lane, but he's always going to find a way to get there,'' said Jazz forward Paul Millsap.

Parker, in his first road game since his actress wife Eva Longoria filed divorce papers to end their three-year Hollywood marriage, heard a smattering of boos whenever he scored, cheers when he missed and occasional shouts of ''Eva!'' as he brought the ball up the court. But as he has vowed, he wouldn't let his personal affairs be a distraction on the court.

He left the arena without talking with reporters.

Phil Johnson, who was filling it for Jazz head coach Jerry Sloan while Sloan tended to a death in his family, blamed the loss on poor rebounding. The Spurs held a 46-31 advantage on the boards, including 16-6 on offensive rebounds.

''We had 14 turnovers, but that's not the thing. Offensive rebounds killed us,'' Johnson said. ''That's the ballgame.''

Jazz center Al Jefferson couldn't measure up to Duncan on Friday night. He finished with six boards and 10 points.

''We didn't have too much energy out there,'' said Millsap, who scored 12 points and added seven rebounds. ''The (Spurs) were going after it every play ... we just didn't fight.''

The Spurs again had all five starters score in double figures. Ginobili added 15 points despite hitting just 1-of-7 3-pointers, while DeJuan Blair had 15 and Richard Jefferson 11.

Duncan said the fact that the Spurs are healthy is a big difference from last season.

''I think all of us feel really good right now,'' Duncan said. ''This is the best I've felt in a couple of years. Manu is playing great, Tony is playing awesome. Richard's acclimated to what we're doing and what we've asked him to do. And he's been playing great. Everybody's feeling good.''

Notes: Ginobili and Parker have each scored in double figures in the first 11 games this season...Utah center Mehmet Okur, who has not played a single game while recovering from a ruptured Achilles', was one of four Jazz players listed on the All-Star ballot. Not listed: Millsap, who has been averaging 21.1 points and a team-leading 9.5 rebounds a game. ... Sloan, who is expected to miss Saturday's game in Portland, has missed only 17 games in 23 seasons (The Jazz are 9-8 in those games). ... San Antonio's Matt Bonner saw his string of 3-pointers end Friday in a big way as he was 0 for 3 from beyond the arc and 0 for 6 overall. 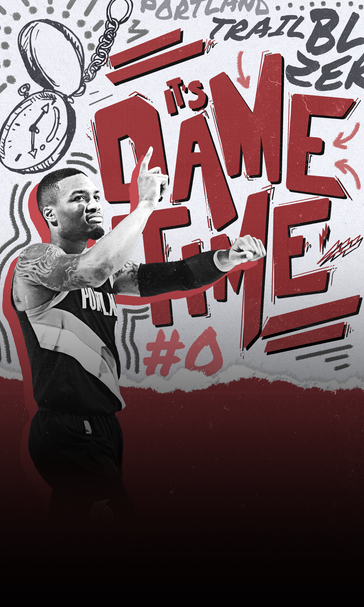 Blaze Of Glory
Dame, Melo and the Blazers are one of the largest looming threats to LeBron James and the Lakers, writes Martin Rogers.
4 hours ago 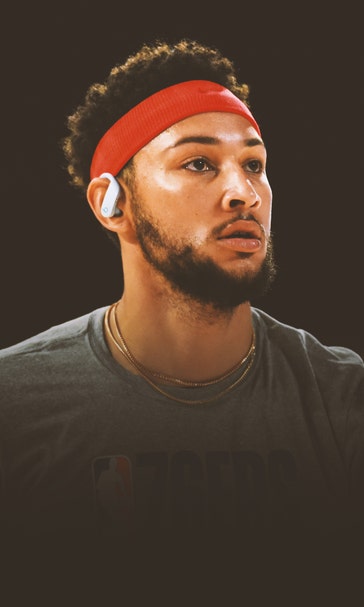 A Process Interrupted
Ben Simmons' knee injury could sideline him for days, weeks or months, but its implications could last much longer.
5 hours ago

NBA 6-Pack: Middleton, Kings Duo Show Out
There were 6 games on Thursday's NBA slate. Here are the 6 things you need to know about Day 8 in the NBA bubble.
22 hours ago
those were the latest stories
Want to see more?
View All Stories
Fox Sports™ and © 2020 Fox Media LLC and Fox Sports Interactive Media, LLC. All rights reserved. Use of this website (including any and all parts and components) constitutes your acceptance of these Terms of Use and Updated Privacy Policy . Advertising Choices . Do Not Sell my Personal Info