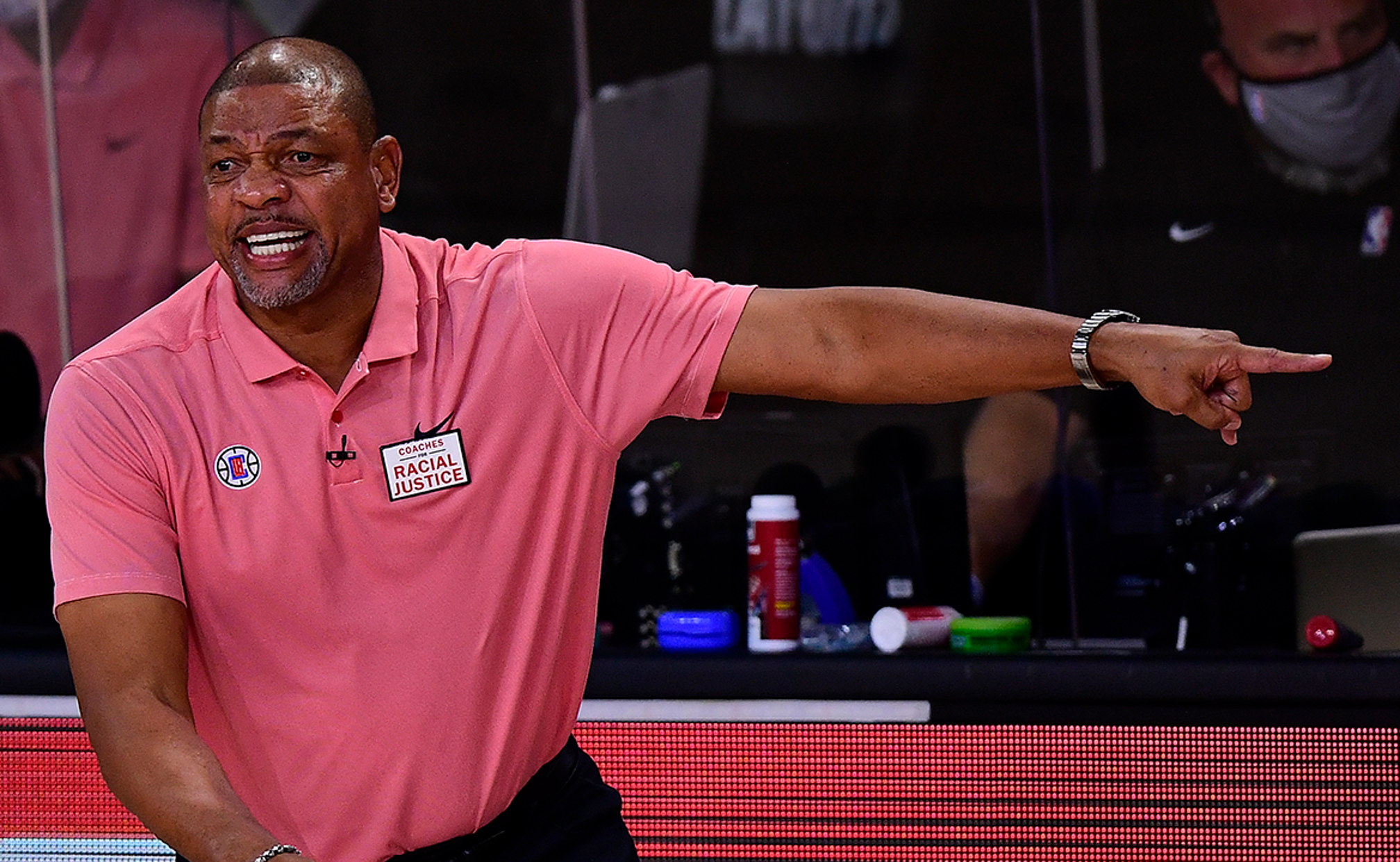 If it really, truly, was Doc Rivers’ fault, the Los Angeles Clippers just pulled a masterstroke. If the primary factor behind one of the favorites for the NBA title falling in a heap was its coach of seven years, then things can only look up from here.

If Rivers was the reason why the Clippers, despite being bestowed with arguably the most complete all-round roster in the NBA, got shaky and indecisive when it mattered most, then a turning point has surely been reached.

If the overwhelming culprit for coughing up a 3-1 lead and a 19-point Game 5 cushion against the Denver Nuggets is the man standing on the sidelines instead of the players on the court, then well done, Steve Ballmer.

“Let’s keep it real,” FOX Sports NBA analyst Chris Broussard said on Tuesday. “There were essentially seven years of underachievement. They never got past the second round.”

Yet there were a lot of “ifs” to start off this column and any time that happens, you know what comes next. That’s right, a whole bunch of buts. Enough to make you wonder if maybe, just maybe, this isn’t the call that is the making of the Clippers, but instead, the crumbling of a supposed superteam that never quite was.

But … what if the way the Clippers were toppled this year had less to do with Rivers and more to do with the way that Kawhi Leonard was unable to play his best down the stretch in the pivotal games of the Denver series - and shot a career-low 32.9 percent from 3-point range in the postseason?

But … what if Paul George had actually played like Paul George in the Orlando bubble, instead of some vague incarnation of his prior self?

But … what if the Clippers had used all the upheaval of the player-led social justice movement to come together, like some other teams, instead of coming apart? Rivers was a man of standing, issuing powerful messages and provoking thoughts, and the players were never in doubt that he had their back.

But … it wasn’t enough as Leonard, George, NBA Sixth Man award winner Montrezl Harrell and the rest of them, ended up getting their butts kicked out of the bubble and into an offseason filled with doubt.

“There was Lob City, Magic City and now this: Overreaction City, home of the L.A. Clippers,” wrote Sports Illustrated’s Chris Mannix. “(L.A.) responded to a disappointing second round exit in the NBA bubble by … creating a head coaching vacancy just months before the most important season in the history of the franchise.”

Appointing Rivers’ assistant Ty Lue, as several reports suggests, can bring some stability, though what if the simple reality is that this is a collection of players that is not meant to be a champion, looking great on paper but failing to work in reality?

Well, then the Clippers have a problem. One noticeable factor from the team statement on Monday was that there was no reference to Clippers president Lawrence Frank, which would indicate that this is primarily a move instigated and executed by Ballmer, the billionaire who bought the team from the disgraced Donald Sterling in 2014.

Ballmer cares a lot and he is an effervescent presence at courtside under normal circumstances. He must have been left wondering how he could have invested so much on this squad only to see a plucky, courageous, enterprising Nuggets outfit that was shorter on talent but bigger on heart, prevail in the Western Conference semifinals.

The problem certainly wasn’t a lack of ability. And Rivers, who coached the 2008 Boston Celtics to an NBA championship, can’t be accused of not knowing how to win a title.

Broussard believes something was lacking with the mental approach.

“The Clippers problem was they had this arrogance, this sense of entitlement this season, that they could just turn it on and turn it off,” Broussard said. “Doc allowed that. Doc is a guy who players look up to, a great leader, but he allowed that culture to fester and did nothing to change it.”

Rivers is the only NBA coach to have surrendered a 3-1 lead in the NBA Playoffs on three different occassions, dating all the way back to when he was with the Orlando Magic. It also occured with the Clippers in 2015, as Chris Paul uncharacteristically sputtered against the Houston Rockets and the team’s initial predicted title tilt dripped away.

And now Rivers is out of a job. Perhaps it is easier for Ballmer to accept that the result was poor management rather than the two big-name guys that he gave contracts worth a combined $239 million to. Either way, neither Leonard nor George were able to save Rivers, prompting FS1’s Nick Wright to speculate as to their level of knowledge about his departure.

“Did they clear this with Kawhi?” Wright said on First Things First. “I don’t think Kawhi asked for Doc to be fired. But one of the reasons that Kawhi picked the Clippers was because of Doc. It would be shocking to me, when Kawhi can walk in one year, if Ballmer did this without Kawhi giving this his okay.”

We may learn more on that particular piece of the puzzle in the coming days, or perhaps we never will. Regardless, Rivers is gone, one of the NBA’s securest jobs dusted away in the name of an owner’s search for something more and something better.

If there’s someone out there like that, Ballmer may have laid the foundation for a future title. But if it wasn’t truly Rivers’ fault to begin with, he just made things worse.