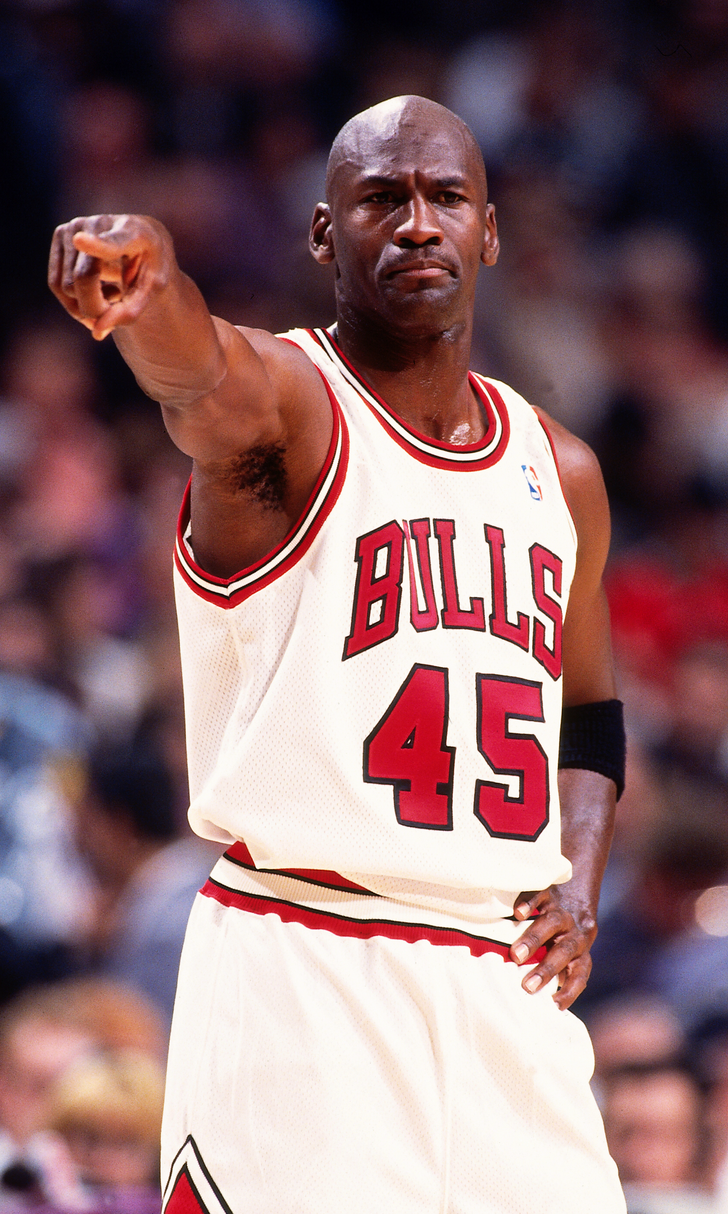 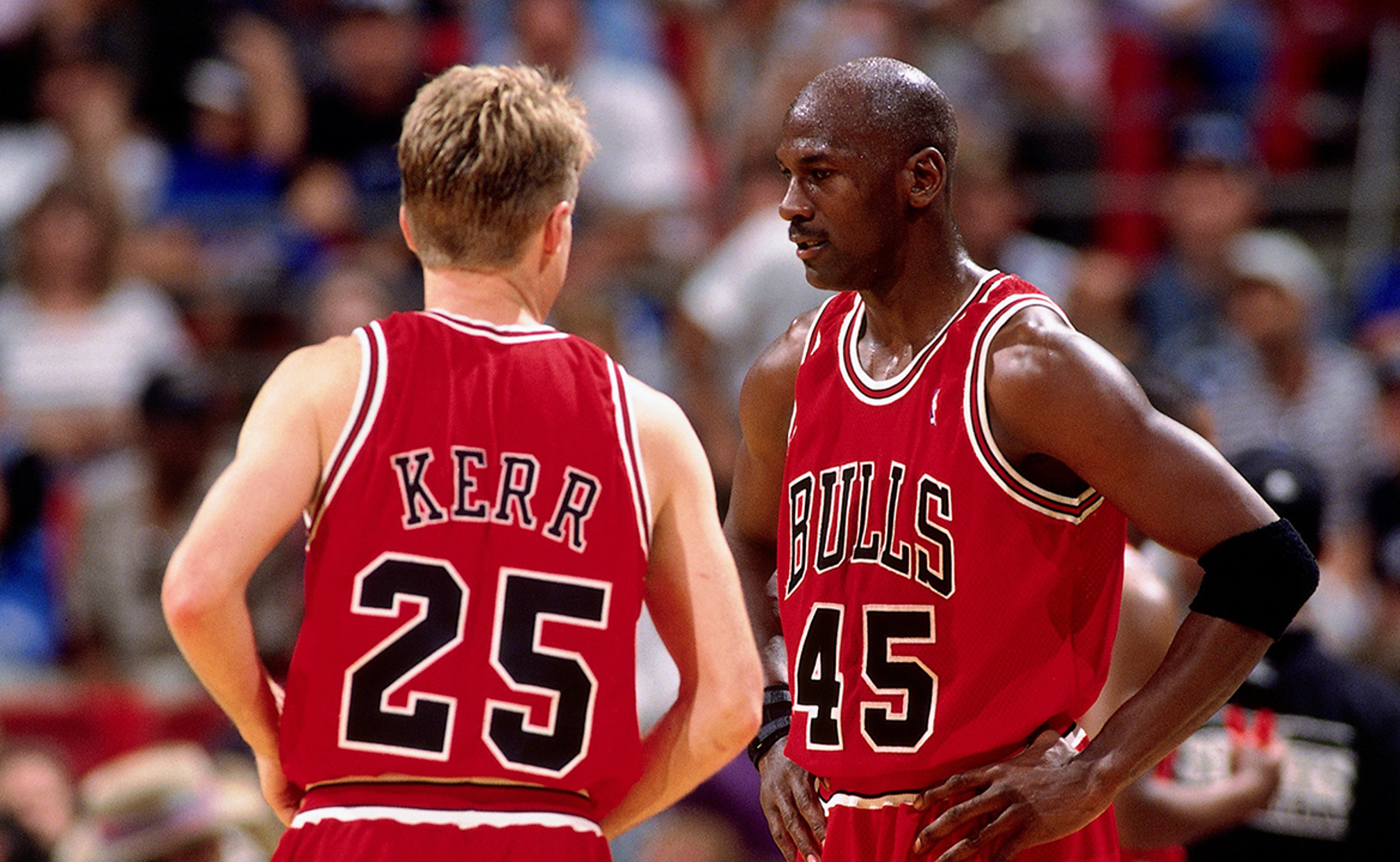 Is the GOAT the ultimate Bull or ultimate bully?

Forgive us for being clever.

On Sunday night, ESPN aired Episodes 7 and 8 of The Last Dance docuseries, and Michael Jordan's leadership skills – or lack thereof – were on full display.

While the docuseries has outlined why Michael Jordan is regarded as one of the greatest competitors of all-time, a player whose athletic abilities were only matched by his desire to win, it has also brought into question Jordan's ruthless approach in motivating his teammates.

Take Steve Kerr, for example, a guy who had the drive but didn't necessarily have the talent.

Hey, he said it himself.

Jordan and Kerr's extreme desire to win led to one of the most infamous moments of Jordan's career, when he punched Kerr in practice. We got a firsthand glimpse of how it all went down on Sunday night.

The two would go on to make up that day after practice, and Kerr said it was actually great for their relationship, because when Kerr stood up to Jordan, Jordan began to respect him.

However, Kerr seemed to be one of few that actually stood up to MJ.

Jordan did say before the release of The Last Dance that he was concerned it would make him look like a "horrible guy." And we can see why he might think that, even if his teammates, such as Burrell, are still coming to his defense.

“I mean, I don’t want people to think he’s a bully. That he’s a mean guy. He’s just driven to win. And there are no free rides, and I did not expect a free ride in Chicago.”

But there's a thin line between driven and maniacal.

Did Jordan cross that line? Was he an incredible leader and competitor, or was he a bully disguised as a competitor?

Skip Bayless served as the columnist for the Chicago Tribune during the 1997-98 season, giving him an inside look at the Bulls team that is the focus of The Last Dance. He admits that while Jordan had all the characteristics of a bully, there was a strategy in his merciless approach.

One of the most telling moments of Sunday's episodes came when Jordan, discussing his approach to winning and leadership, got emotional.

"When people see this, they're gonna say, 'Well he wasn't really a nice guy. He may have been a tyrant.' But that's you, because you never won anything. I wanted to win, but I wanted [my teammates] to be a part of that as well."

It made for an incredible TV moment, and Jordan expanded even further on his leadership.

ESPN's Marcus Spears was taken aback by Jordan's emotions regarding his competitive nature, and he believes that his will to win transcended all of his shortcomings when it came to ridiculing his teammates.

"Last night taught me more about Michael Jordan and his mentality, how he approached the game, than anything I've ever heard about him. It was still representative of him today. Jordan hasn't touched a basketball court in however many years. You can tell that is his makeup. It has nothing to do with basketball. That's who Michael Jordan is."

Another star of Sunday's episodes was former Chicago point guard B.J. Armstrong, who spent a little over four years playing alongside Jordan.

When asked if Jordan was a nice guy, Armstrong gave a profound answer:

Stephen A. Smith addressed Jordan's competitive nature on Monday morning, as well as his emotional reaction to those that question his relentless leadership tactics, saying that once Jordan figured out what it took to win in the NBA, it was on him to instill those lessons in his teammates.

"He pointed to the sacrifices he made in order to be a champion. His attitude was those who came after me who didn't have to endure what I had to endure, I don't believe they have the right to sit up there and tell me to be different ... I knew that's how you won."

Most of the Monday morning pundits, and even a few of Jordan's teammates, don't label Jordan's tactics as bullying, but simply him pursuing victory by any means necessary.

Former Bulls teammate Will Perdue might have summed it up best.

Still, there are some that don't agree with Jordan's approach to leadership, including Shannon Sharpe, who said that while Jordan's tough love worked on many, it wasn't always justified and didn't result in success for every one of his teammates.

"He did a lot of things to see how much respect he could garner and I'm not so sure to this day he has a whole lot of respect for Scottie Burrell ... The end doesn't necessarily justify the means ... There are a lot of guys that say it worked and they respect Mike. But I believe there are a lot of other guys that it didn't work on and I'm not so sure they have the same level of respect for Mike."

There is no debate that Michael Jordan was as passionate about basketball as any superstar that has ever played the game.

Hey, even if his leadership tactics didn't always work, at least the pun does.