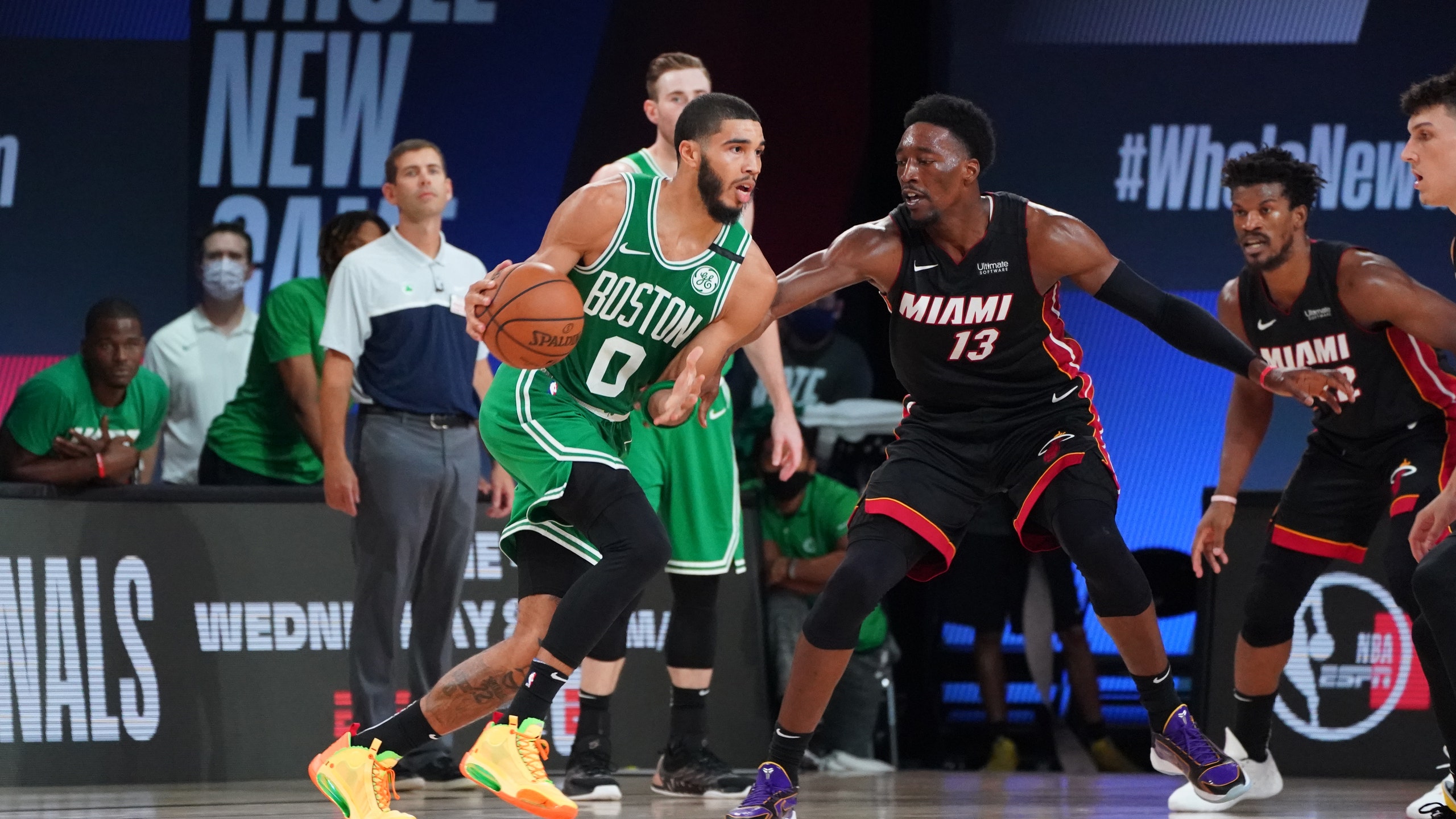 In classic NBA free agency style, a few young men made some lifelong money this past week.

Brandon Ingram, the No. 2 overall pick in 2016, was given a five-year extension by the New Orleans Pelicans.

And 2017 lottery picks Jayson Tatum (No. 3), De'Aaron Fox (No. 5), Donovan Mitchell (No.13) and Bam Adebayo (No. 14) were all extended by their respective franchises this offseason as well.

With such a wealth of young talent in the league, it appears the NBA is in great hands going forward.

But it also begged the question on Wednesday morning's edition of Undisputed: Which of these young stars would be the best option if starting a franchise?

Skip Bayless went with Adebayo, the only one of the five stars to have played in the NBA Finals.

Bam certainly was vital for Riley's Miami Heat this past season, one in which he made his first All-Star appearance.

He averaged 15.9 points, 10.2 rebounds and 5.1 assists for Miami, and also served as the defensive anchor for the Heat, being named to the NBA All-Defensive Second Team this past season.

Per usual, Bayless and Shannon Sharpe were not in agreement, and Sharpe went with Tatum as the young superstar he would choose to build around, mainly because Tatum has already earned the respect of The King.

"For the playoffs he's 26 [points], 10.5 [rebounds], and five assists – in the playoffs. This is what LeBron James said about Jayson Tatum: 'A technician offensively. An absolute problem.'"

Tatum's third professional season was by far his best. He averaged a career-high in points (23.4) and rebounds (7.0), and was named an All-Star for the first time.

In addition, Tatum was named to the All-NBA Third Team, and in the playoffs, Tatum boosted his averages to 25.7 points, 10.0 rebounds and 5.0 assists.

Still, despite leaning towards Adebayo and Tatum, Bayless and Sharpe were quick to give kudos to the other three wunderkinds, and Bayless had high praise for Mitchell, who also made his first All-Star appearance in 2020.

"If I had to pick some one that I would want to watch, I'm going Donovan Mitchell. I look at Donovan Mitchell, who went 13th in the draft – that's looking like more and more of an all-time steal."

Mitchell was on pace to be the story of the NBA bubble, where he averaged 36.3 in seven first round games against the Denver Nuggets.

He joined Michael Jordan, Allen Iverson, and Jamal Murray as the only players to score 50 points twice in a series, after scoring. 57 in Game 1 and 51 in Game 4.

As for the final two, despite never making a playoff appearance, Ingram was a first-time All-Star in 2020 and was also named the NBA's Most Improved Player, while Fox averaged 21.3 points and 6.8 assists for the Kings.

The debate between Tatum and Adebayo will presumably play itself out on the court, considering their respective teams met in the Eastern Conference Finals this past season and the two will play a major role in the battle for East supremacy for years to come.

What a sight to see it will be.

Coming Out Party
If you didn't know Collin Sexton before Wednesday night, his 42 points against the Nets was a worldwide introduction.
9 hours ago

Defense Optional
The new-look Nets are watching their "Big 3" score at-will – but will a lack of defense keep them from their full potential?
14 hours ago

Why Pop and Kerr Spoke Out
Gregg Popovich and Steve Kerr aren't afraid to discuss social justice. Melissa Rohlin explains their desire to speak up.
16 hours ago