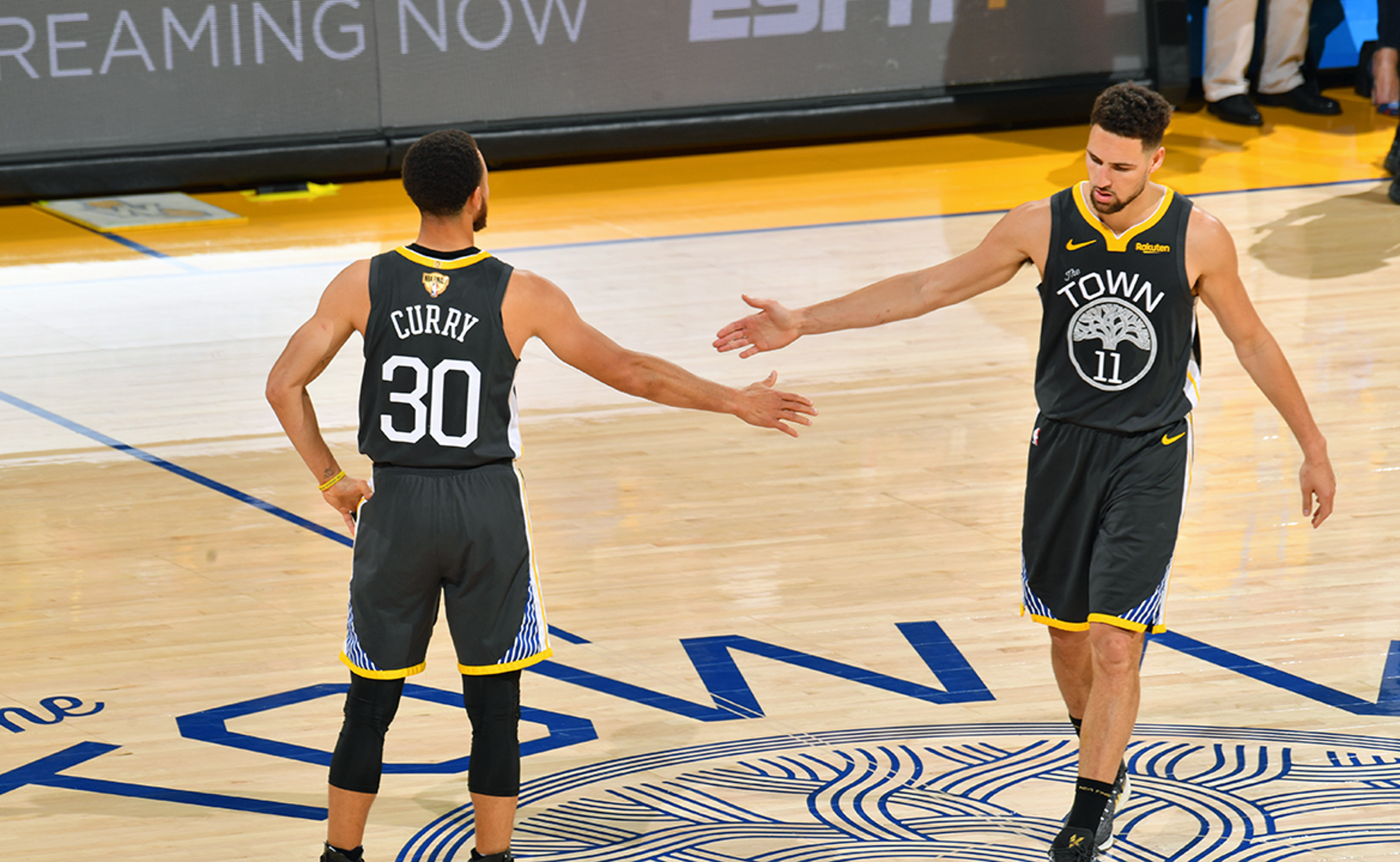 The 2019-2020 NBA season has been a humbling one for the Golden State Warriors.

After five consecutive trips to the NBA Finals from 2015-2019, the Warriors found themselves at the bottom of the Western Conference standings, mainly due to injuries to superstar backcourt Steph Curry and Klay Thompson, as well as the departure of another superstar, Kevin Durant.

You know the old saying: what goes up must come down.

But for the Warriors, does reaching rock bottom simply represent an opportunity for them to climb back to the top of the mountain?

Thompson, for one, thinks so.

Thompson expanded upon his thoughts in his mini-documentary Above The Waves, which details his rehab from a torn ACL suffered, which he suffered in Game 6 of the 2019 NBA Finals.

He's eager for the Warriors comeback, as well as his individual comeback.

"I have so much more to give this game, but patience definitely builds character. You don't have to prove anything anymore, you know? You have three championships. Multiple All-Star appearances. I'll just be that eager to prove everyone wrong again."

Based on the past five years, it's easy to see why Thompson feels this way. When he and Curry have shared the floor, magical things have happened, including winning an NBA title in 2015, before Durant arrived.

If there was a silver lining to Golden State's struggles this season, it's that the Warriors will likely be adding a top five pick – maybe the No. 1 pick – into the mix heading into next season, considering their 15-50 record is the worst in the NBA.

But does a healthy Splash Brothers backcourt, mixed with a young newcomer, spell an automatic return to NBA title contention?

Nick Wright doesn't believe the addition of a top rookie will help the Warriors in the near future, and that the current surplus of youth on the roster will actually be a hinderance in getting back to the NBA's mountaintop.

While rookies aren't normally major contributors on title-contending teams – Derrick Rose is the last No. 1 pick to take his team to the playoffs back in 2009, and Tim Duncan is the last No. 1 pick to win a playoff series, back in 1998 – the Warriors are apparently looking to bolster their frontcourt. Reports suggest the Warriors are eyeing Memphis freshman James Wiseman.

The 7'1, 235-pound Wiseman was the No. 1 player coming out of high school a year ago, and averaged 19.7 points, 10.7 rebounds and 3.0 blocks in three games last season before being declared ineligible by the NCAA.

If the Warriors do land one of the top picks, they will also have the option of trading the pick for a more proven veteran, one who might be better suited to help a team with championship aspirations.

One of the names that has been floated around as a potential trade target is Orlando Magic forward Aaron Gordon.

Even with questions surrounding the Warriors' direction, there are still those who believe they can make a run at a title when healthy, including Chris Broussard.

With Curry, Thompson and Green back together, can Draymond's words once again ring true?

Locked in the King's Castle
Defense wins championships. And on Thursday, The King proved to the world that he wants to win a title now more than ever.
2 hours ago

The Man, The Myth, The Legend
Chris Broussard can't say enough about the dominance of Wilt Chamberlain in the latest edition of "You Kids Don't Know."
5 hours ago

The Kentucky Effect
The final four NBA teams have one thing in common. And it's a great sign for supporters of Big Blue Nation.
5 hours ago

Lakers Put Denver in Familiar Spot
For the third consecutive series, the Nuggets are in a 3-1 hole. Can they muster the energy to overcome The King & Co.?
17 hours ago

Meet Miami's Unsung Herro
A 20-year-old sharpshooter from Wisconsin took the NBA by storm on Wednesday. Who is he and what's his potential?
1 day ago
those were the latest stories
Want to see more?
View All Stories
Fox Sports™ and © 2020 Fox Media LLC and Fox Sports Interactive Media, LLC. All rights reserved. Use of this website (including any and all parts and components) constitutes your acceptance of these Terms of Use and Updated Privacy Policy. Advertising Choices. Do Not Sell my Personal Info