But what has seemed to rankle some drivers and crew chiefs more than anything – as NASCAR tries to get a full season completed under COVID-19 restrictions – is the way NASCAR has set the lineup by using a random draw.

NASCAR announced last week that it will forego practice and qualifying for the remainder of the season. It will be 'show up and race' for every event, including the Daytona road course in a couple weeks that no driver has raced on with a NASCAR national series vehicle.

What NASCAR didn’t say is how it will set the lineup, indicating it will alter how the draw is being done for the regular season races. Since the return to racing in May, for all events that are not the second race of a two-race weekend at the same track, NASCAR is doing a random draw based on owner points.

NASCAR divides its races into three stages and awards regular season points on a 10-to-1 scale for the top 10 finishers in each stage.

Now it should be noted, those drivers in the top 12 in the standings have been running consistently the best all year, so it’s no surprise they’re running well. But for a driver trying to rally and score points to get back into the top 12, it can be a huge disadvantage.

The issue, as expected, is those drivers on the bubble. Clint Bowyer, a driver fighting for a playoff spot, dropped out of the top 12 after a crash at Talladega. In the races where he has drawn for a spot between 13 and 24, he has an average starting position of 18th, making it tough to gain early stage points. Granted, he’s in the same boat with many who are on the playoff bubble, but not having a chance to qualify and put oneself in a better position to score stage points is difficult to handle.

“That one last lap right there where we got in a wreck flipped positions with my teammate Aric Almirola – boy, if I would have known then the difference that would have made a couple months later I probably wouldn’t have made that move,” Bowyer said.

“It has been a constant battle trying to dig ourselves out of a hole. The way that the draw is for the top 12, it basically just protects those guys and makes it virtually impossible for anybody outside of that.”

Christopher Bell had a horrible start to the season and had an average starting spot of 33rd until breaking into the top 24 in owner points.

NASCAR possibly will make it so all playoff drivers will draw for the top spots in the field, with the only question being whether that will change after each round and four drivers are eliminated.

“I know there's some ideas being floated out,” said Brad Keselowski, who has two wins this year. “I’m OK with the way things are going until we get in the playoffs, but would like to see some changes once we do get to the playoffs.

“I think NASCAR is open‑minded to that and looking through all those options.”

Bowyer thinks a top 20 invert race to race is an answer.

“We're putting our best cars right up front in the clean air on race tracks where we know that that's important,” Bowyer said. “I'm frustrated with this tire that we have. I think we all are and we're protecting those guys.”

Kyle Busch is winless in 2020 through 19 races, one shy of his longest losing streak to start a season while at Joe Gibbs Racing. He won in the 20th race of the 2017 season.

“I guess after February, I’m pretty emotional every day. I’m just thankful for the opportunity to continue on. I get to hit the reset button in a roundabout way, not with my life, but the reality is just to continue to play on.” – Ryan Newman on returning to Daytona in a couple weeks. 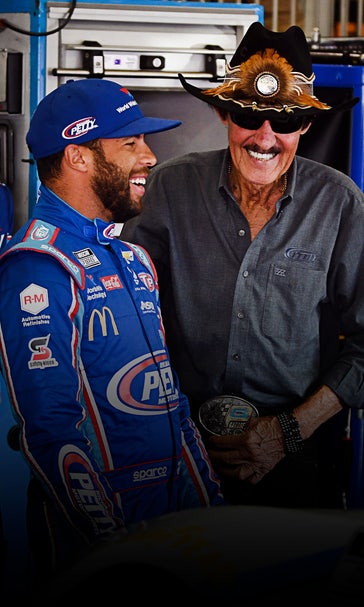