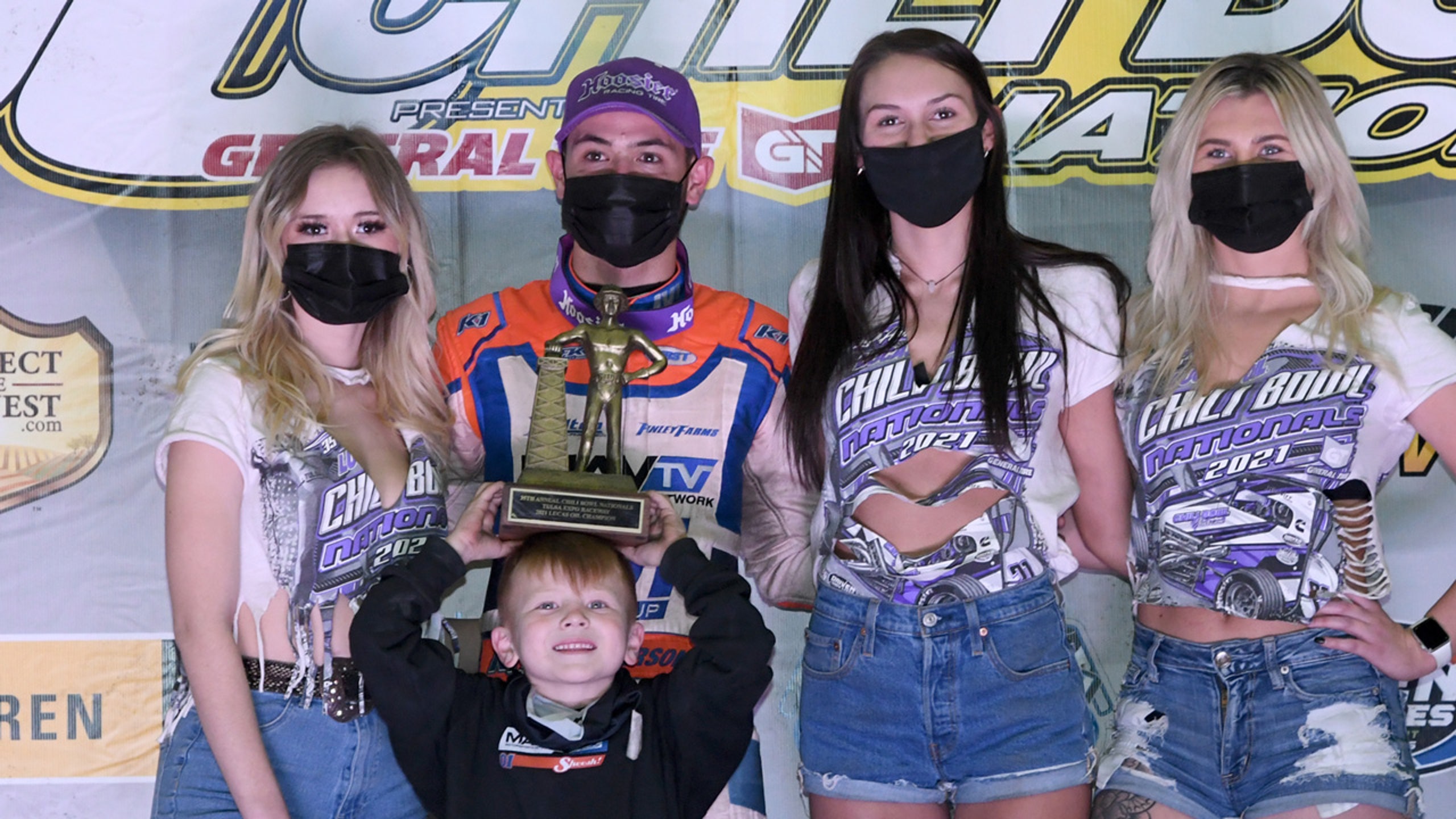 As Christopher Bell and Kyle Larson battled for the lead late Saturday night at the Chili Bowl, a place where they have achieved some of the biggest moments of their racing careers, it was hard not to think about what awaits them in 2021.

Both look to reestablish themselves on the NASCAR side of their racing résumés. And both have questions.

Were Larson’s victory and Bell’s massive flip as he tried to catch him a sign that Larson has good things ahead of him while Bell will continue to struggle?

But this is a story of two drivers whose talents, at least in racing sprint cars on dirt, are indisputable. They rank among the greatest of their generation. Bell won three consecutive Chili Bowls from 2016 to '18. Larson has won the past two.

They rank those victories among their most significant. Bell grew up in Oklahoma and as a kid went to the races dreaming of having his name on the T-shirt that lists all the winners. Larson needed 13 attempts to win the event, which annually attracts more than 300 entries.

Their stock car careers have shown the potential for them to also rank among the greatest of their generation, but that story remains unfinished.

Larson never translated his sprint car prowess into Cup domination as some expected. In six-plus Cup seasons and 223 races, he has managed just six victories and still has not earned a top-5 in points. He has, however, finished in the top 10 in 101 (45 percent) of his races and in the top 5 in 56 events (25 percent).

Banished from NASCAR in April after he called a friend a racial slur on what he thought was a private channel during an online race, the reinstated Larson enters next month’s Daytona 500 driving for Hendrick Motorsports.

Some expect Larson to elevate his game with the move from Chip Ganassi Racing to Hendrick. Hendrick won just two races on intermediate tracks last year with its other five wins on different styles of tracks (short tracks, road courses, drafting superspeedways).

Larson could be stepping into a situation in which his strengths don’t match Hendrick’s current strength. Or he could be a better short track, road course and superspeedway racer than he has shown at the Cup level – if Hendrick has better equipment for those races than Ganassi did.

Larson should enter with confidence, not just from his second consecutive Chili Bowl win but also from a 2020 season in which he won dozens of feature events in sprint cars while working off the track on the NASCAR reinstatement process.

"You can’t really look in the past and try to read the future," Larson said last year when announcing that he had joined Hendrick Motorsports.

Bell, on the other hand, enters the 2021 Cup season fresh off another disappointment.

This is the year -- now that he is racing in-house at Joe Gibbs Racing and not at affiliate Leavine Family Racing (now closed) -- that he needs to show why many think he could win multiple Cup titles and become one of the sport’s greats.

He could have used another Chili Bowl victory to spark a winning 2021 campaign. Instead, he challenged Larson for the lead with a few laps remaining, hit the cushion too hard and flipped several times.

While physically OK, Bell couldn’t hide the disappointment on his face. He hates to lose. He might not lash out after losses as some do, but his words are often short, and his mannerisms display that disappointment.

Bell’s challenge this year will be to avoid those types of days. His team last year appreciated that after bad runs or mistakes he made, he owned up to them and worked on the areas he needed to improve.

When looking back on 2020, Bell is philosophical.

Bell’s team also had issues on pit road that cost him some spots. He shouldn’t have those problems this season as an in-house JGR car.

But Bell also realized just how tough the Cup Series was early last season at Las Vegas, when many of the JGR drivers struggled.

"Just getting a feel for the depth of the series, that’s something that nobody can really prepare you for. ... [Vegas] was eye opening," he said.

After a year, Bell knows what he is getting into. He believes that JGR will have a stronger team in 2021 after a down 2020 in which, besides Denny Hamlin, the organization won just two Cup races. Bell has crew chief Adam Stevens, who has won two titles but whose time working with Kyle Busch ended after a frustrating 2020.

At 26 years old (one year older than Cup champion Chase Elliott), Bell has the maturity to know that great racers don’t have great seasons every year. He is a driver who would be happy to just make a living driving race cars, as long as he has a chance to win.

JGR and Toyota will give Bell time to win races. They aren’t going to boot him after 2021 if he doesn’t win. They know development takes time. Elliott won the title in his fifth year but didn’t win a race until his third full-time season. Busch finished 20th in the standings as a rookie – the same as Bell – but won twice. (This was prior to the system in which a win advanced a driver to the playoffs.)

When he talks, Bell won’t set himself up for disappointment.

"Ultimately, if we just keep putting ourselves in position, and we are competitive enough, and we are fast enough, we have a good pit crew, we execute races and don’t make mistakes, that’s all we can ask for," Bell said.

"Whether we win one time or we win eight times, just being competitive is the main goal."

Notice that Bell didn’t say "whether we don’t win or win eight times."

He needs to win, and he knows it.

New Trackhouse Racing team co-owner Pitbull ranks 83rd in the world in Twitter followers, with 25.5 million, according to friendorfollow.com.

"[I’m] just thankful to get the chance to even come race here. ... It’s the greatest event in the world, and [I'm] very lucky to be a part of it." – Kyle Larson on winning his second consecutive Chili Bowl