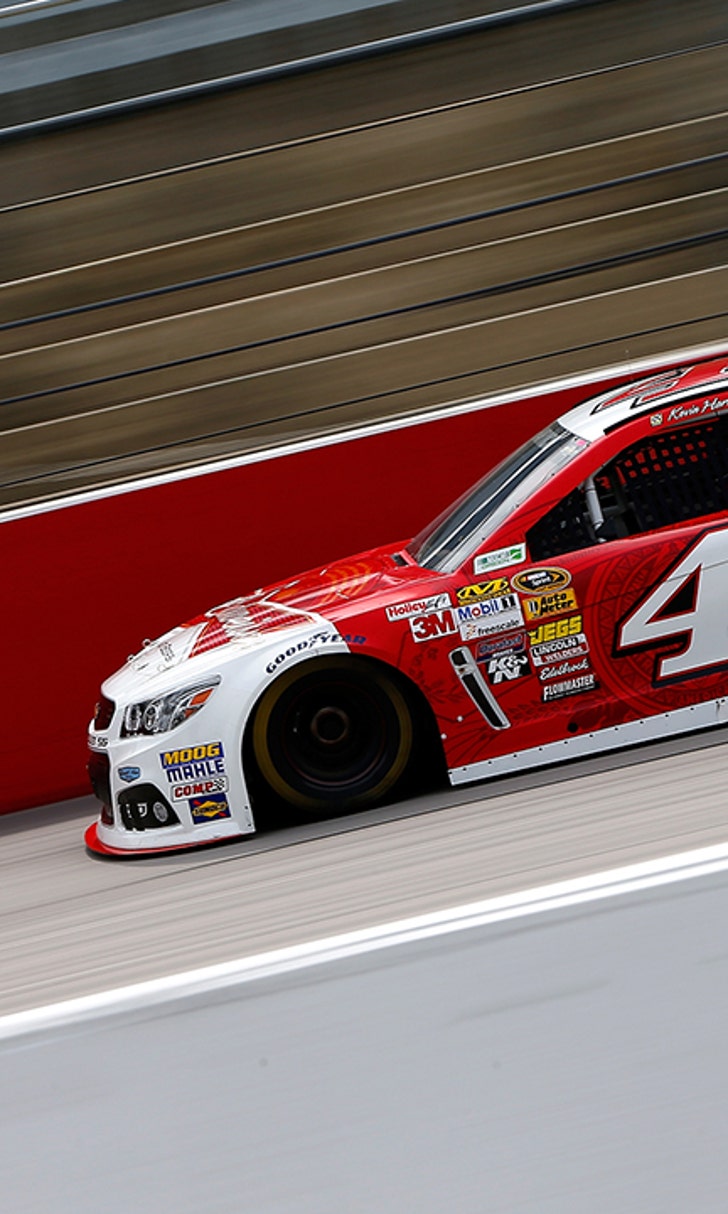 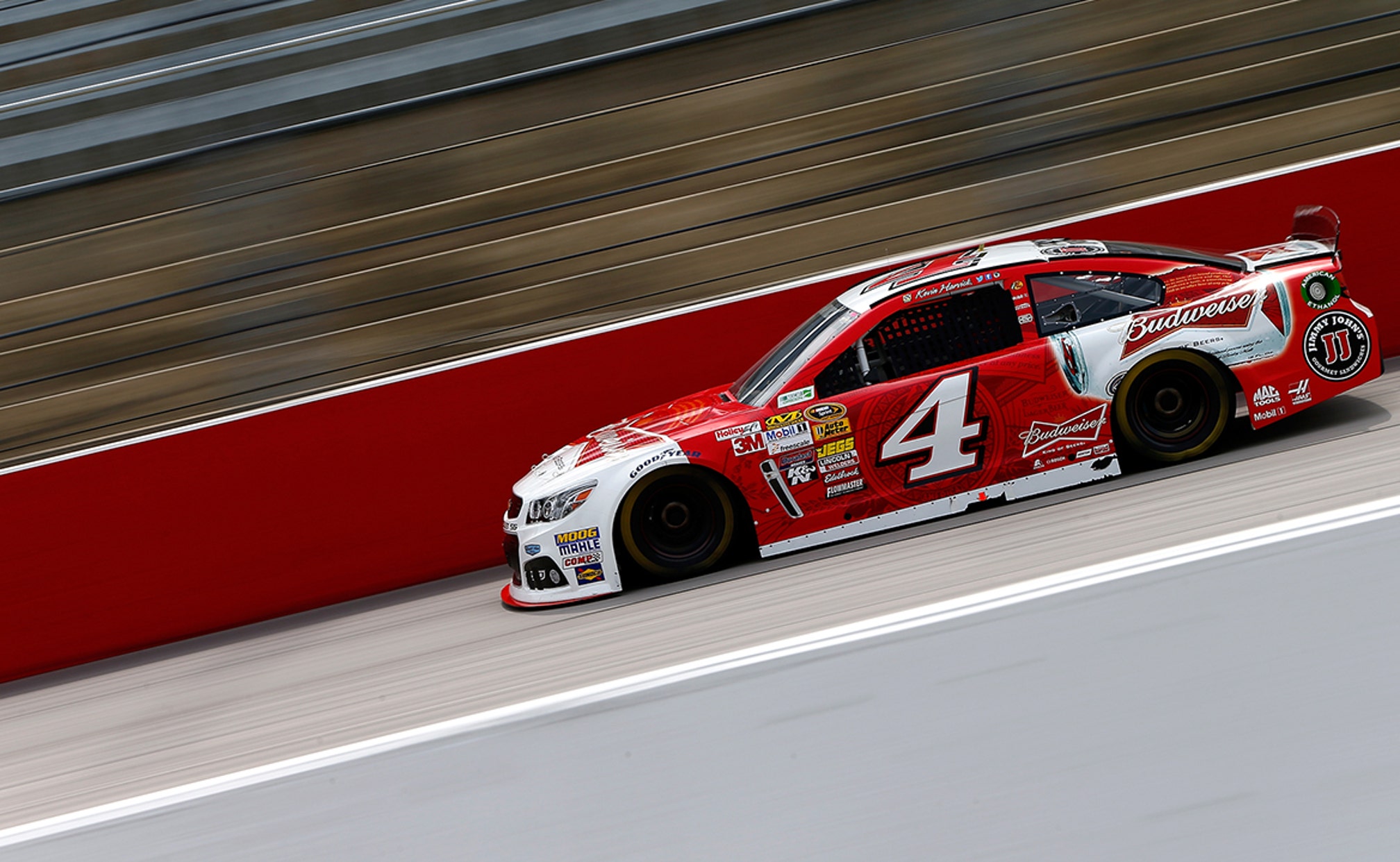 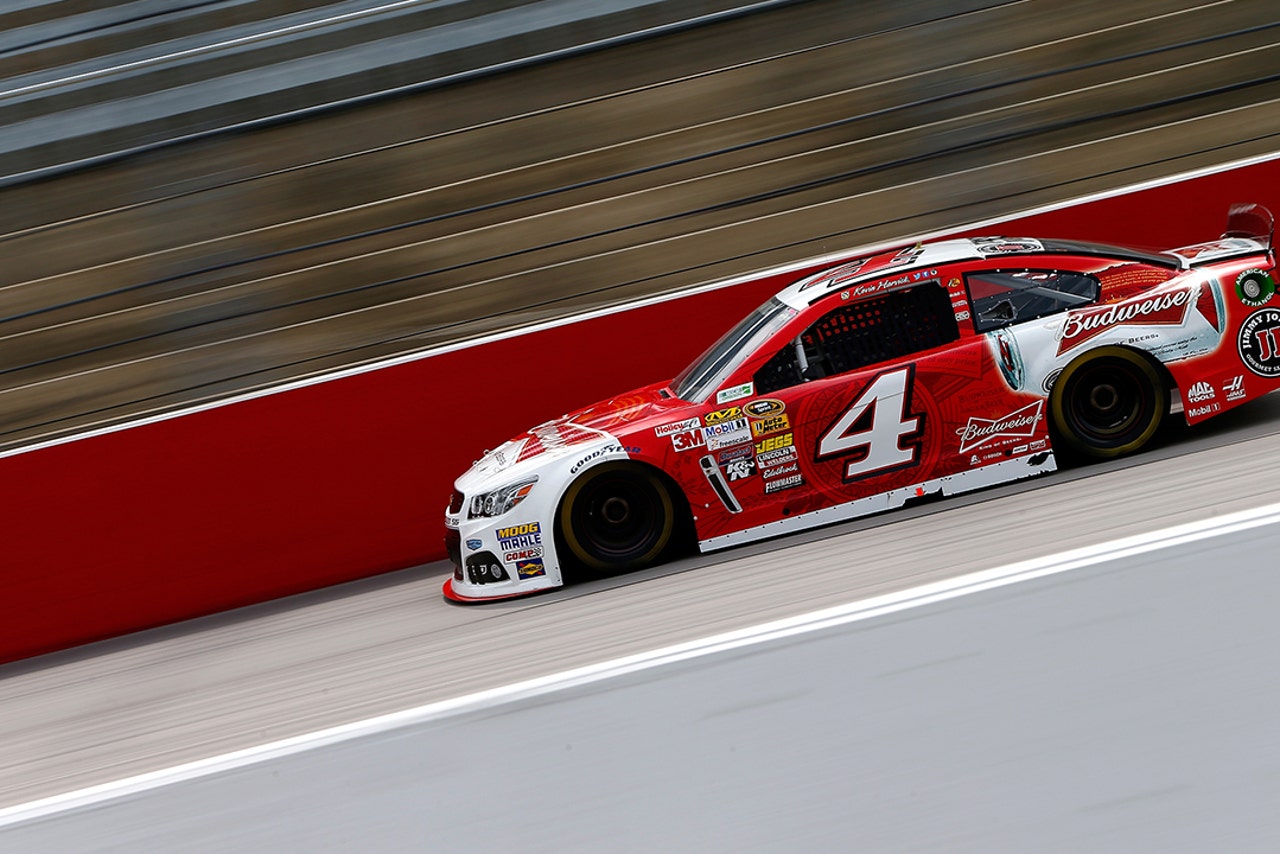 Riddled by a rash of mechanical failures, Kevin Harvick has found the going rough the past few weeks. On Friday at Darlington Raceway, the driver nicknamed “Happy” finally had reason to smile again.

Harvick (183.479 mph) won the pole for Saturday night's Bojangles' Southern 500 at the rugged 1.366-mile track, edging out Team Penske driver and Monday's Texas winner Joey Logano (183.049) in the third and final round of group qualifying.

"I don’t know that that was all, but I don't know that you ever get a perfect lap here at Darlington," said Harvick, who claimed only his seventh Sprint Cup Series pole in 474 qualifying attempts. "This is a track that's a lot of fun to drive, but every lap is different and challenging and you could probably pick apart even your good laps and feel like you can make them better."

Harvick, who joined Stewart-Haas Racing this year after 13 seasons at Richard Childress Racing, is winless in 17 starts on Darlington's egg-shaped configuration.

"I've just got to thank everybody on our Budweiser Chevrolet," he said after capturing his first pole at Darlington. "They've done a great job. They've dealt with a lot of adversity over the weeks, and I think it just shows that they've kept their focus and done what they've had to do to keep putting good race cars on the track. I'm not the world’s greatest qualifier, so when we qualify that good, you know that the car is pretty good."

Logano, whose No. 22 Ford has excelled all season under NASCAR’s new knockout-style qualifying format, was pleased to finish up Friday with the No. 2 spot.

"Qualifying here’s very important," Logano said. "It's hard to pass here. To have a nice front row starting spot is going to help."

Despite not being fastest in the decisive qualifying round, Almirola is Darlington's new track-record holder with a lap of 184.145 mph recorded in Friday's second qualifying session.

The only other drivers to advance to the final 12-car qualifying round -- Paul Menard and Martin Truex Jr. -- ranked 11th and 12th, respectively.

"I'm just disappointed we didn't get a better lap," said Johnson, the reigning six-time NASCAR Sprint Cup champion and a three-time Darlington winner. "We’ve been working hard to get speed in the car today and have just been a little short on that. But there is still an evening and most of tomorrow to sort things out there, and we’ll get this Kobalt Tools Chevrolet where it needs to be."

David Reutimann was the only driver who failed to qualify.