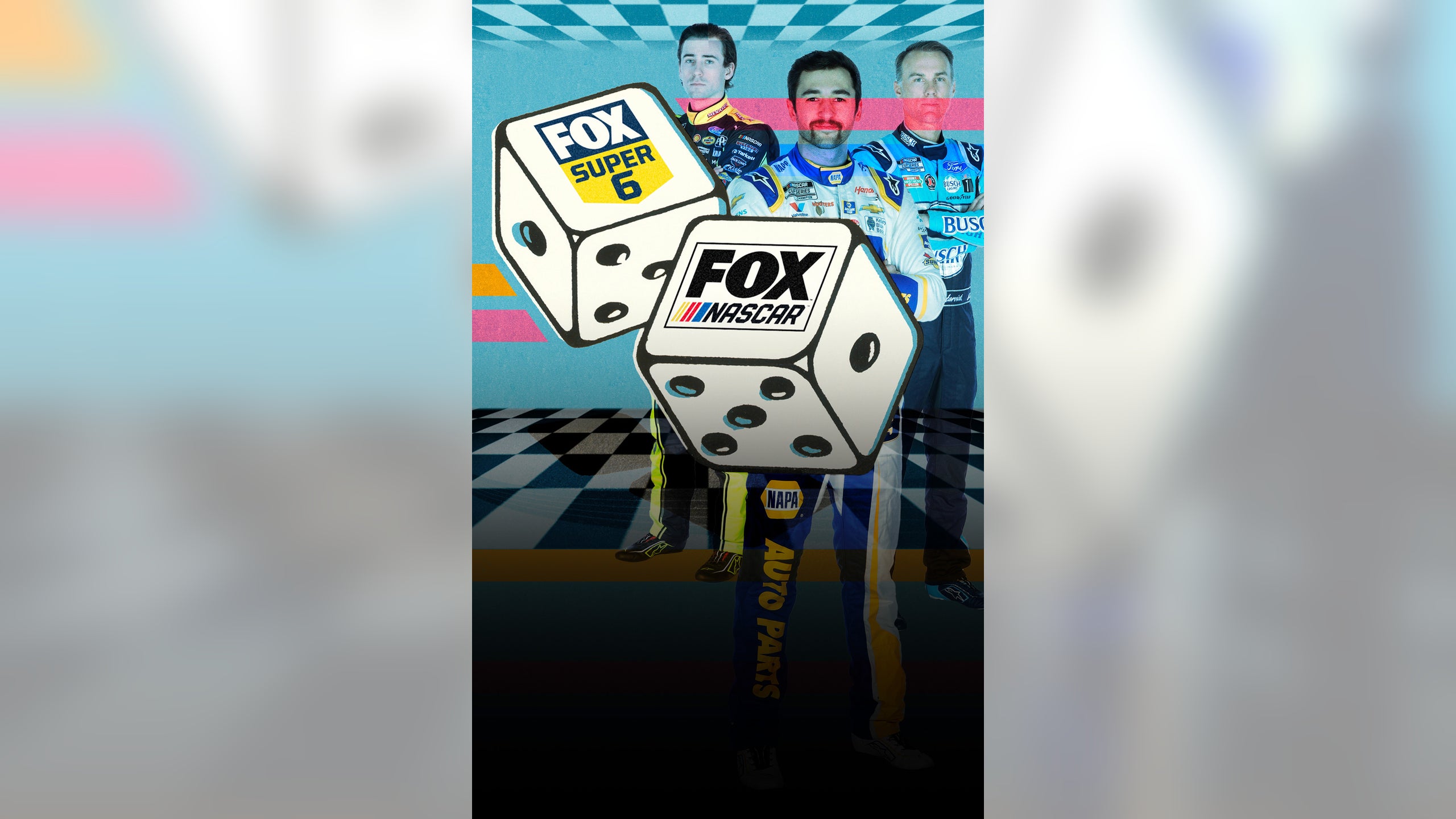 After a wild Great American Race at the Daytona 500 last weekend, there is still plenty of suspense as the circuit stays at America’s most famous speedway for the O'Reilly Auto Parts 253 road race.

It is yet another chance for you to win a large amount of Clint Bowyer’s cash during FOX Super 6’s Stage 2 contest for Sunday’s race (4:30 p.m. ET on FOX) on Florida’s Atlantic Coast.

Pick the right answers to six questions about Stage 2 of the race, and you can win the jackpot of $10,000 of Clint Bowyer’s money.

It’s free to play, and it’s so much fun. Just download the FOX Super 6 app on your phone or mobile device, and answer the six questions. That’s all you need to do!

Here are the six questions in play for this week’s race:

Chase Elliott and Michael McDowell both sit on the first row for this weekend’s event. Elliott turned 25 in November, and McDowell is 36. However, it is important to note that Denny Hamlin ⁠— who won the first two stages at the Daytona 500 last week ⁠— is 41. The wise bet on this one could be to play on the older side or the extreme younger side – not so much in the middle.

Which of these drivers will have the fastest lap by the end of Stage 2?
Options: Ryan Blaney, Martin Truex Jr., Chase Elliott, Denny Hamlin, Joey Logano or Kevin Harvick

In the Daytona 500 last week, it was Truex who had the most fastest laps – 23 of them . Elliott, however, has been the king of the road course races among active drivers, winning five of them. Truex might be his main challenger in this format, with four road course wins. Add the fact that Truex is good on the circuit and had a great car last week, and he might be a great pick at that spot.

Which manufacturer will win Stage 2?
Options: Chevrolet, Ford or Toyota

If you like Elliott, then Chevy is your pick. If you think Truex or Hamlin might be the best on the course this week, then you would pick Toyota. A Toyota pick also has Kyle Busch in the stable. McDowell and Harvick are the drivers to watch for Ford.

Truex is sitting in the 19th spot on the starting grid, so it is conceivable that he might have to make up some serious ground in the middle portion of the race to be in contention. Given his record on road courses, that’s not a bad pick.

If you are expecting the same type of race as last week’s, with the big wrecks that are likely to come, you might be disappointed. The seven overall cautions that took place in the 500-mile race are not likely to be as prevalent this week.

Because Hamlin has been so good at Daytona over the years, it is easy to think of him as a potential winner in this category. But Elliott’s road prowess over the year makes him a favorite right now.

Enter the NASCAR Stage 2 contest on the FOX Super 6 app for free, and you can win $10,000! Download now at foxsuper6.com!