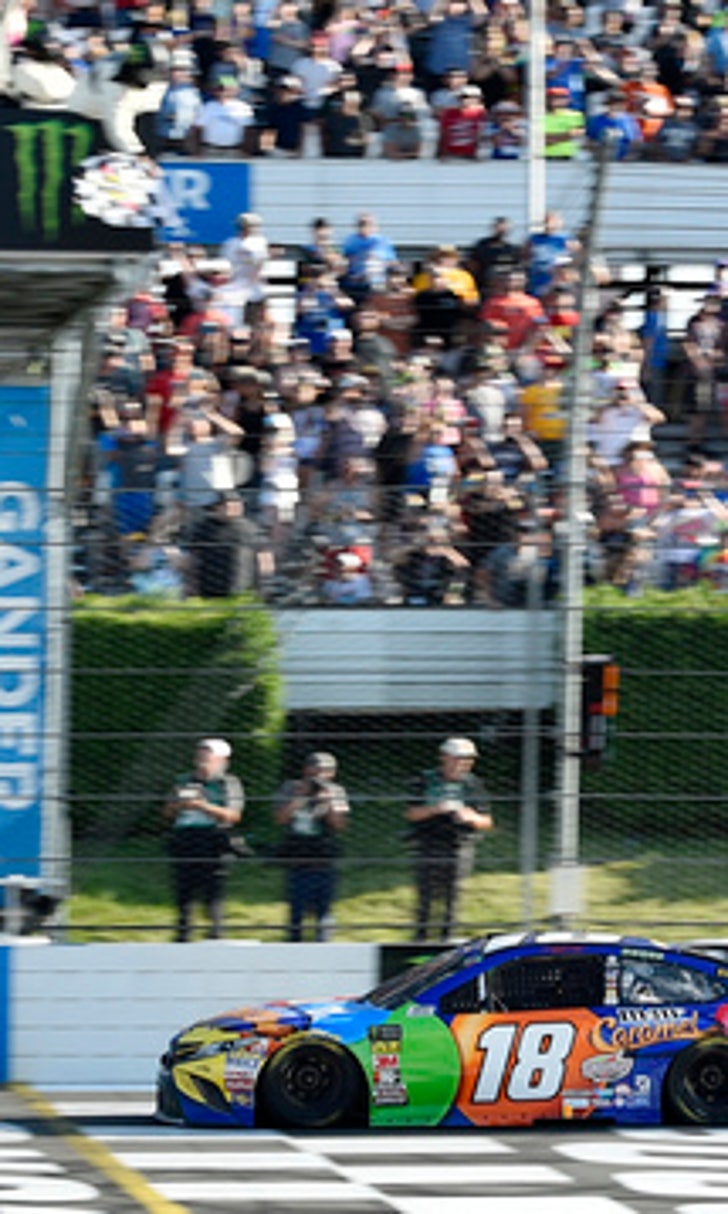 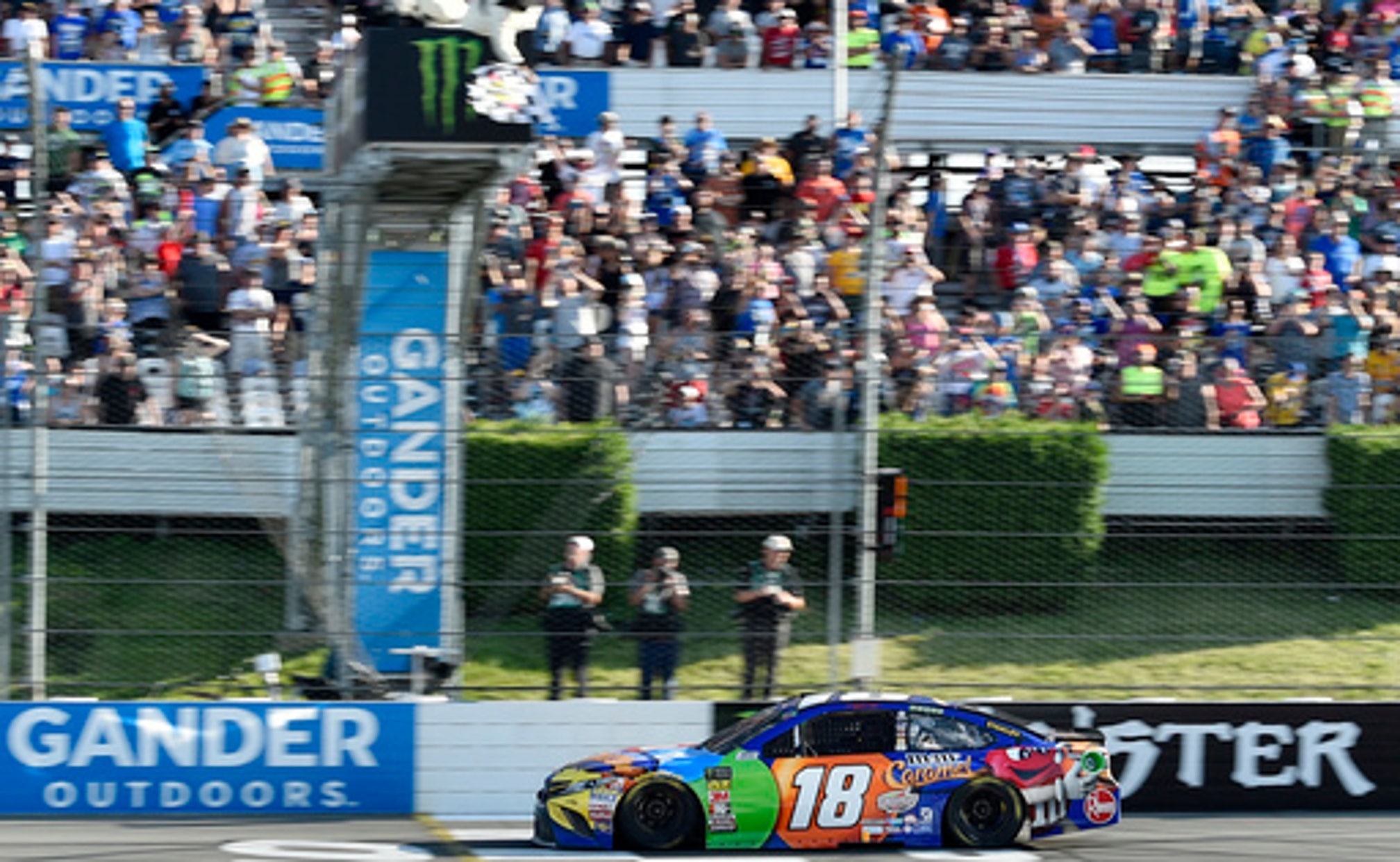 previous story
LEADING OFF: Archer, Beltre, ‘Cutch could go on deadline day
next story
Lynn traded from Twins to Yankees for Austin, prospect

Column: NASCAR needs to change the tone starting at the top

CHARLOTTE, N.C. (AP) The sky is not falling on NASCAR, its top executives insist, and a cheerier disposition could go a long way in lifting the black clouds surrounding the series.

That is a paraphrase of the message NASCAR chief operating officer Steve Phelps delivered at Pocono Raceway during a weekend sponsorship celebration. Phelps was presenting good news - that Camping World will continue as sponsor of the Truck Series through 2022 under Gander Outdoors branding - but his singular announcement couldn't mask the larger issues facing NASCAR.

''I think this industry tends to focus on the negative," Phelps said . ''I'm not really sure why.''

Because television ratings continue to slide, and seven-time NASCAR champion Jimmie Johnson is seeking a new sponsor. Because the same three drivers have combined to win 16 of 21 Cup races this season, and the tracks and the schedule are stale. Because the France family is reportedly interested in selling NASCAR and Chairman Brian France has yet to address the report straight-on and has instead stated only that his family is committed to running the series.

Phelps' position mirrored the message France delivered last week when he called SiriusXM NASCAR Radio and was asked what he would tell fans about ''the state of their NASCAR right now.''

''Well, I think we are having a good year,'' France said. ''Things are changing a lot in sports, and that's a given, with how things are being consumed. More digital, more this, more that, and we're trying to meet their needs in terms of how they take in NASCAR and it is terrific. We've got unbelievable fans and we are very proud of that.''

Perhaps a message with a little more meat to it would have raised the spirits of an aging fanbase that no longer hangs on every left turn.

Phelps is right: The vocal majority of NASCAR find fault in most everything. But that doesn't make fans fools capable of believing France's proclamation that this is a ''good year'' for NASCAR.

For that, the blame is strictly on NASCAR and its own failure to fix the negative perceptions surrounding the series.

France could have addressed the sale rumors when Reuters first issued its report in May. But he didn't, and nearly three months later still has not stated whether NASCAR is or is not for sale. He doesn't publicly say much of anything anymore, which is his right. But someone needs to be leading the cheers and if the fans only focus on the negative it is because NASCAR isn't doing a good enough job of promoting the positives.

There are some areas to crow about, too:

-Bubba Wallace was not injured Sunday in a violent collision at Pocono that cracked a section of the energy-absorbing SAFER barrier. Upgrades to safety have been an ongoing process since Dale Earnhardt's 2001 fatal accident, and after Kyle Busch broke both his legs in a 2015 accident at Daytona, additional SAFER barriers have been built into almost every track on the circuit. Wrecks are one of the lures of NASCAR and because they are so frequent, it is easy to get desensitized to the danger. Wallace's wreck was a reminder it is still a deadly sport, and NASCAR has worked diligently to lessen the risks.

-Three series champions are presently racing each other each week for the Cup title. Busch and Kevin Harvick have six wins each, while reigning NASCAR champion Martin Truex Jr. has four. Only four other drivers have been to victory lane this season, and the last three races have gone to Truex, Harvick and Busch, in that order. Some may argue the Big 3 winning each week is getting old, but it is a chess match between a Ford and two Toyota teams unlike anything that's been seen since the so-called ''good `ol days'' of NASCAR.

-Although they aren't racing for wins right now, younger drivers are in the playoff mix and seven drivers not considered veterans are currently in the top 16 in the standings. At Pocono, five ''Young Guns'' finished in the top seven, and that included Hendrick Motorsports' baby-faced trio of Alex Bowman, William Byron and Chase Elliott.

-NASCAR's experiment with ''enhanced weekends'' that cut the on-track portion of an event from three days to two has been a boon to teams and given the road warriors a breather from the grueling 38-race schedule. Pocono was a two-day event, which led to a lengthy post-qualifying inspection process in which many cars failed. The trade-off was worth it to those who put in double shifts at the track each weekend.

''Anything that keeps us home an extra day is good for me,'' said Busch crew chief Adam Stevens. ''I have a family, most of us do, and if we can spend some extra time with them, it takes a little stress off the year. I think it's the right way to go.''

Maybe the sky isn't falling, and maybe the focus too often takes a sinister slant. But that's on NASCAR to clean up - and only NASCAR knows the size of the project.

Checkered Flags and Chill
Joey Logano is onto the final four in Cup Series playoffs, earning himself some much-needed relaxation, Bob Pockrass writes.
16 hours ago